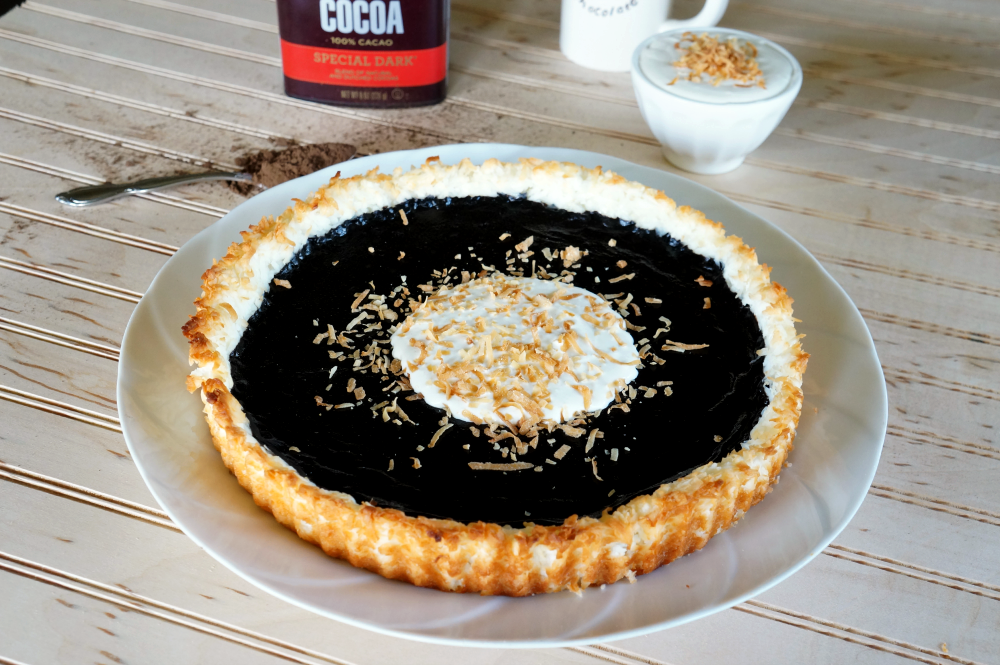 Happy happy Wednesday! I am so excited that the week is halfway over. And that I just have one more week left of my summer class! ONE.MORE.WEEK. And then I'll be freeee! And I can make more food! I guess you could say I'm a little excited. Between study sessions this weekend, I had time to whip up this amazing tart, which tastes exactly like a Mounds bar. Think smooth, creamy, dark chocolate, and chewy, toasted coconut crust. And to top that, I made some coconut whipped cream! Does it not sound heavenly? To make it even better, this tart is totally vegan and gluten-free! I know, I know, I think I accomplished the impossible. 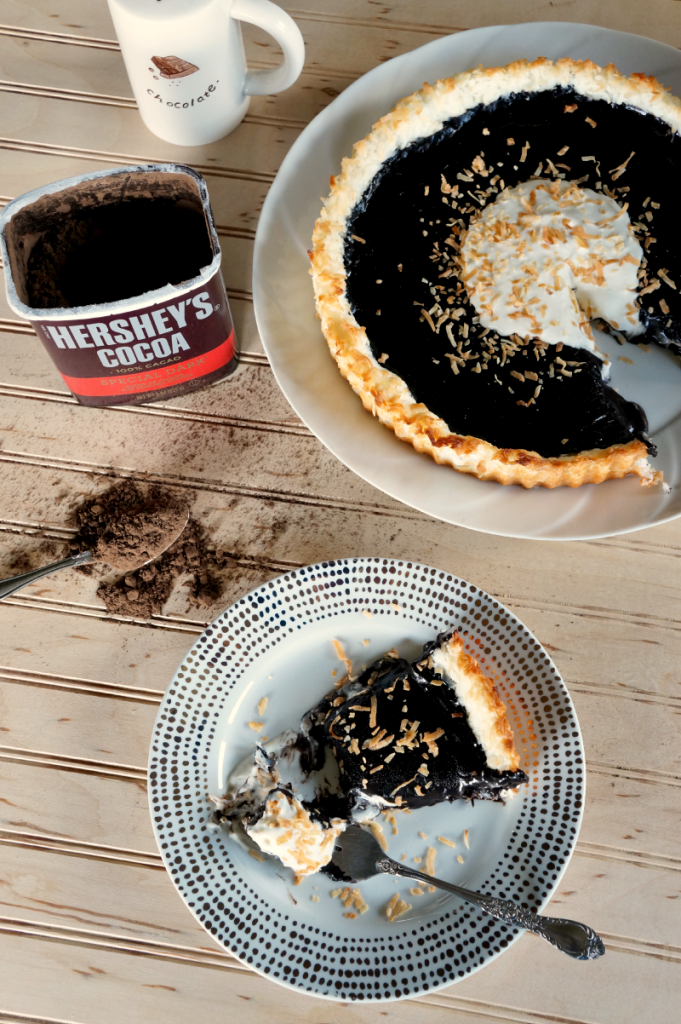 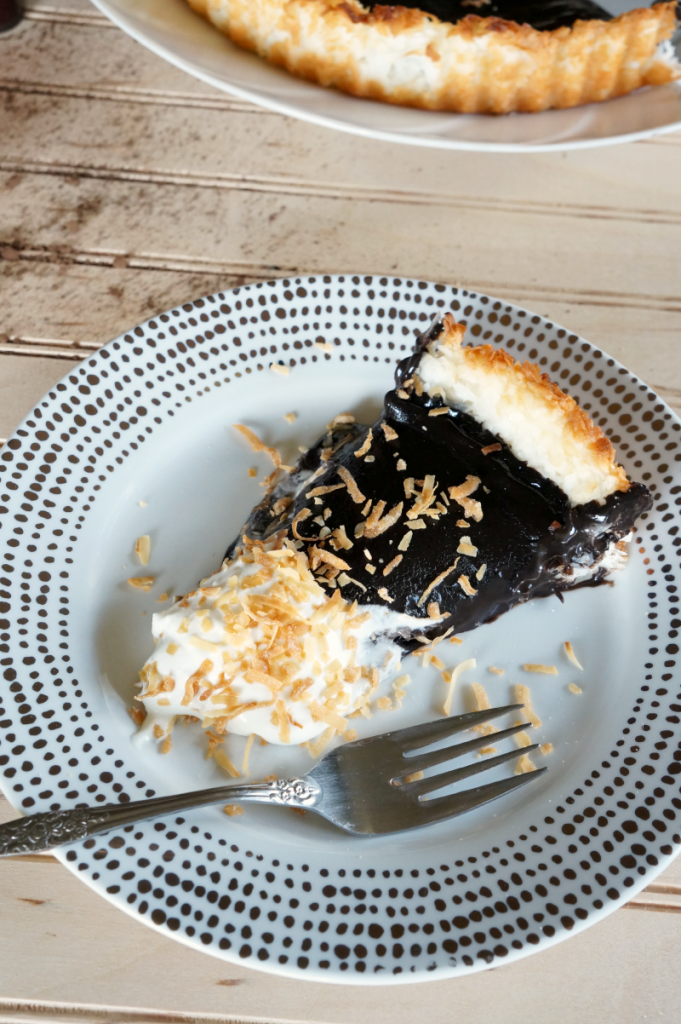 So, disclaimer: this tart is a bit time consuming. Not in the way that it's a lot of active work, but there is a LOT of waiting. Like, let it chill overnight so the pudding can set, waiting. I know what you're thinking, " But Valentina! I want chocolate tart and I want it NOW!" I know this because my brothers and my dad literally harassed me about letting them eat this tart the entire day. UGH. The waiting is so hard and so awful, but guess what? It's so worth it! This tart is amazingly rich, smooth, and unbearably chocolatey. It's also totally coconutty, because there is some form of coconut in every component. So, I mean, if you're not a coconut person, I guess don't make this? If you aren't a coconut person, you're probably not even reading this. In case you are a coconut-obsessed person like me, then rejoice! The crust is made entirely of coconut, the filling is  made with coconut milk, and so is the topping. And then, if you're really feeling it, you can even add more coconut on top! It's soooo good. And honestly, I didn't find the coconut taste overwhelming at all, because it's barely detectable in the filling and topping. And now, some troubleshooting: the pudding, for me, was still kinda soft even after a whole night in the fridge. SO here are my suggestions: either use actual chocolate in the pudding instead of cocoa, and/or use granulated sugar instead of maple syrup. I think either of these things will help the pudding solidify more. I think the combination of the powdered cocoa and liquid maple syrup made an amazing pudding that is more of a bowl-and-spoon dessert, and a little too soft for a tart. But hey, if you don't care for looks, I'm telling you right now the taste is perfect! Vegans will be so excited that they can eat it, and non-vegans won't even know this tart is totally animal product-free. Score!

This recipe was featured on the Virtual Vegan Linky Potluck 12! 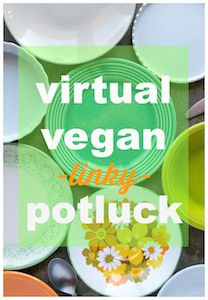