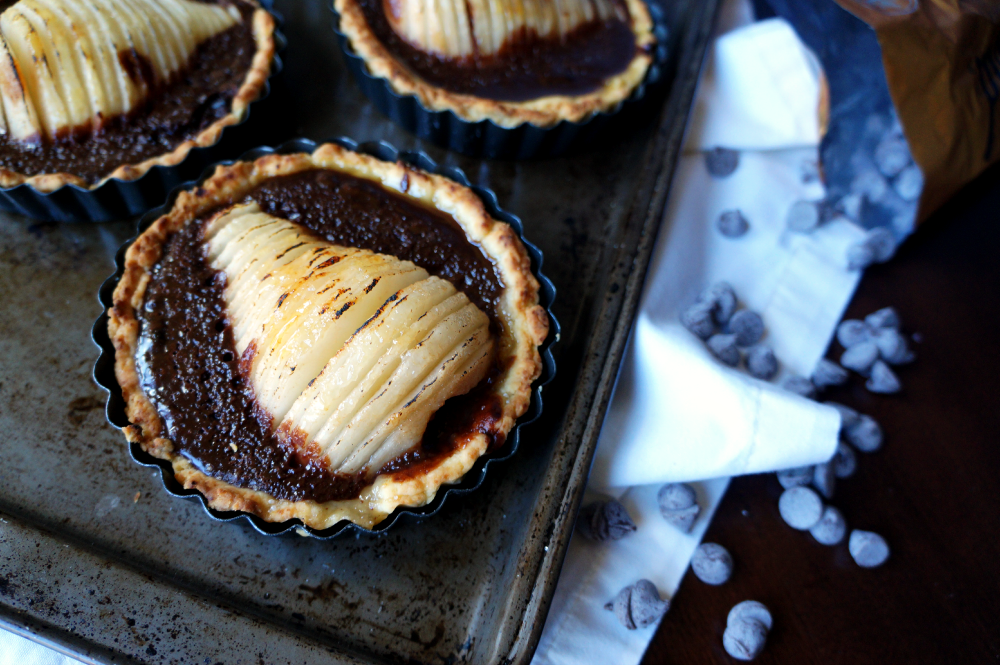 Hello, darlings! Today, I am sharing these totally scrumptious {and absolutely adorable} chocolate pear tarts! As I was perusing Pinterest for recipe ideas the other day, I stumbled upon a bunch of pretty little pear tarts with whole sliced pears in them. Obviously, I felt a strong and immediate urge to recreate this gorgeous, photogenic food in my kitchen. I looked through a few recipes, but some called for way too much butter, while others called for stuff I didn't have in the house and didn't want to go out to buy. Then, a lightbulb lit up over my head... I already have a perfectly good chocolate tart recipe! Why not just take that and, well, stick a pear in it? So that's what I did. 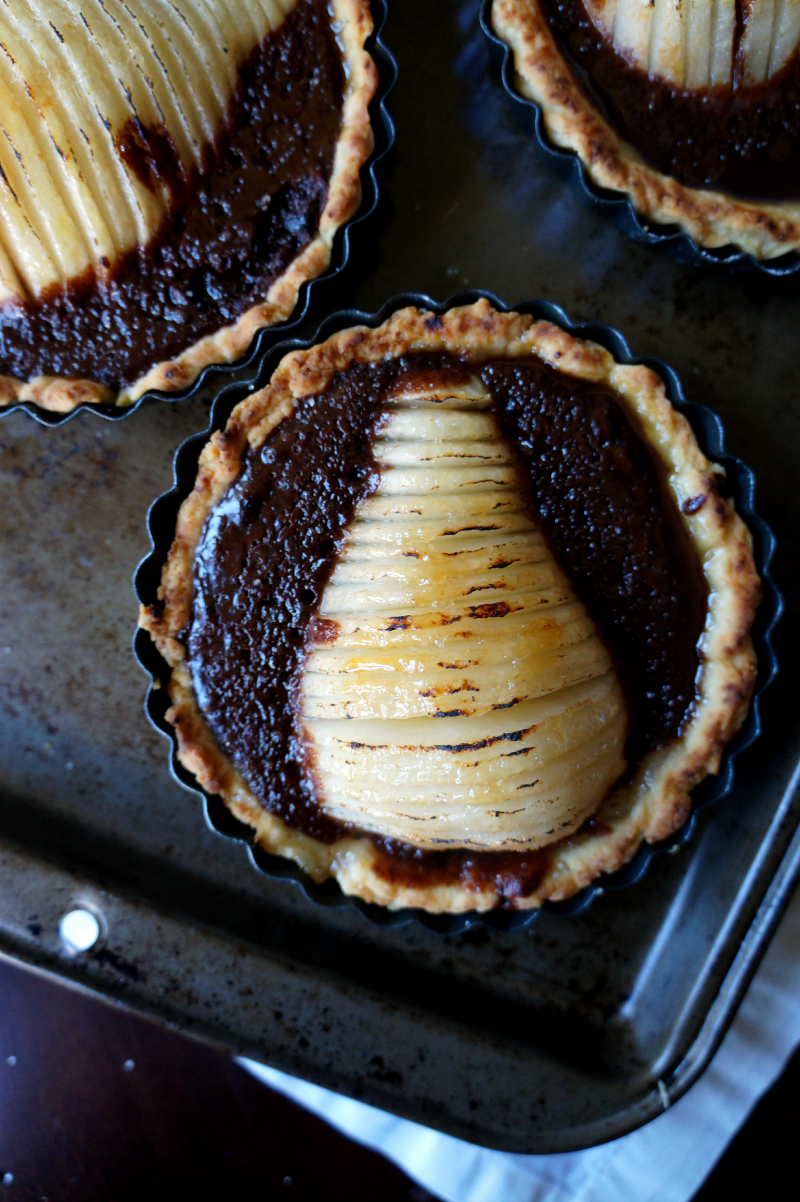 I feel like that's a huge part of food blogging for me... taking an old recipe I know and love, changing it up a bit, and creating a whole new dish out of it! My family is straight-up obsessed with the good ol' truffle tart, but they totally loved this pear version, too. Pears and chocolate are kind of an unusual combination, but we love this Dark Chocolate Browned Butter Pear Cake around here, and there's also this dark chocolate pear strudel my mom makes that I will just have to share soon! 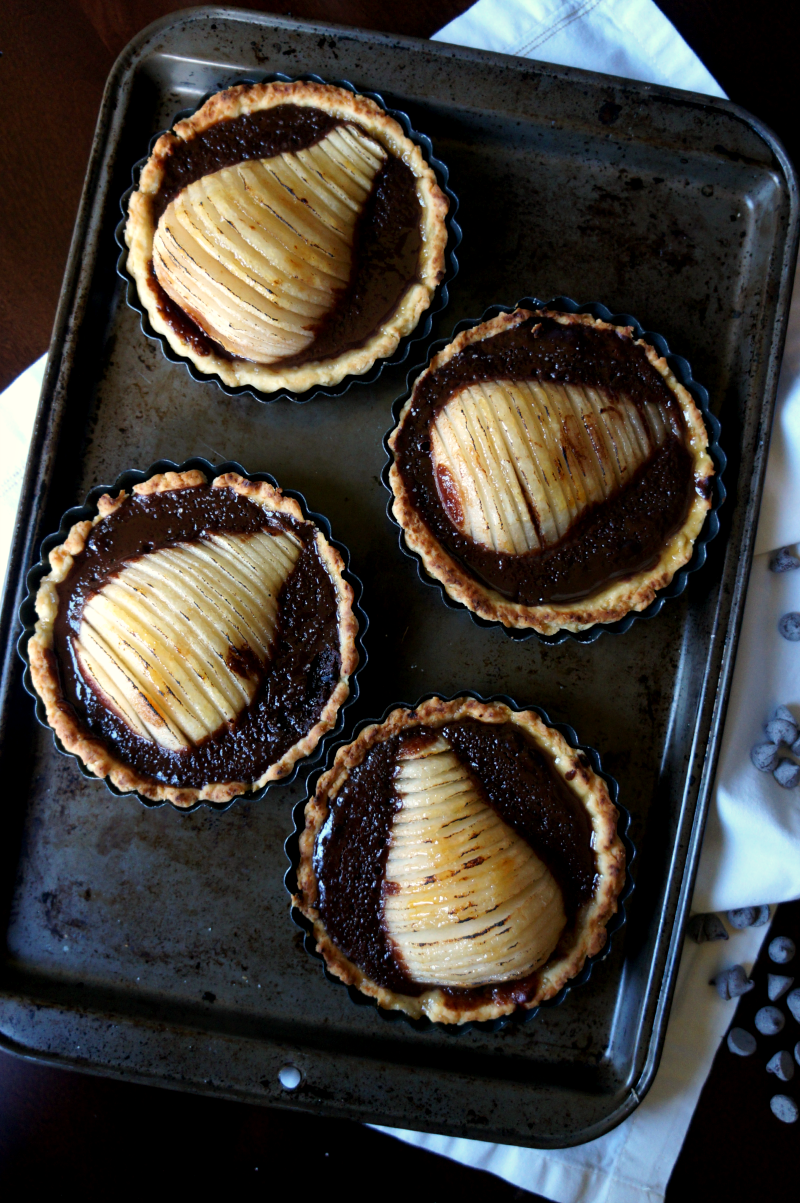 This recipe is honestly really easy, and only slightly time-consuming. Funny how back in the day, when I was firmly convinced recipes just HAD to be followed to a T, the famous truffle tart would take me for-e-ver. Because the crust is butter-based, you're supposed to make the dough and let it rest in the fridge. Then roll it out, and put it in the pan, and let it chill some more. THEN bake with pie weights. And then finish baking without the pie weights but still empty. And then FINALLY {approximately 7 years later}, pour the filling in and bake it until the filling is done. And THEN, after all that, you still have to chill the tart for several hours so the filling can solidify. I'm honestly tired just typing that out. Because I'm an impatient little brat {and also because I've found through years of experience that it hardly makes a difference}, I just made the dough, rolled it, put it in the pans, and put it straight in the oven with the pie weights. After par-baking, I put the pears and chocolate cream in them, and finished baking. With the pears, I honestly preferred the filling slightly soft and warm, as opposed to the solid, truffle-style filling of the original. Same flavor, but a lot less time and effort! That's what I'm all about. 🙂 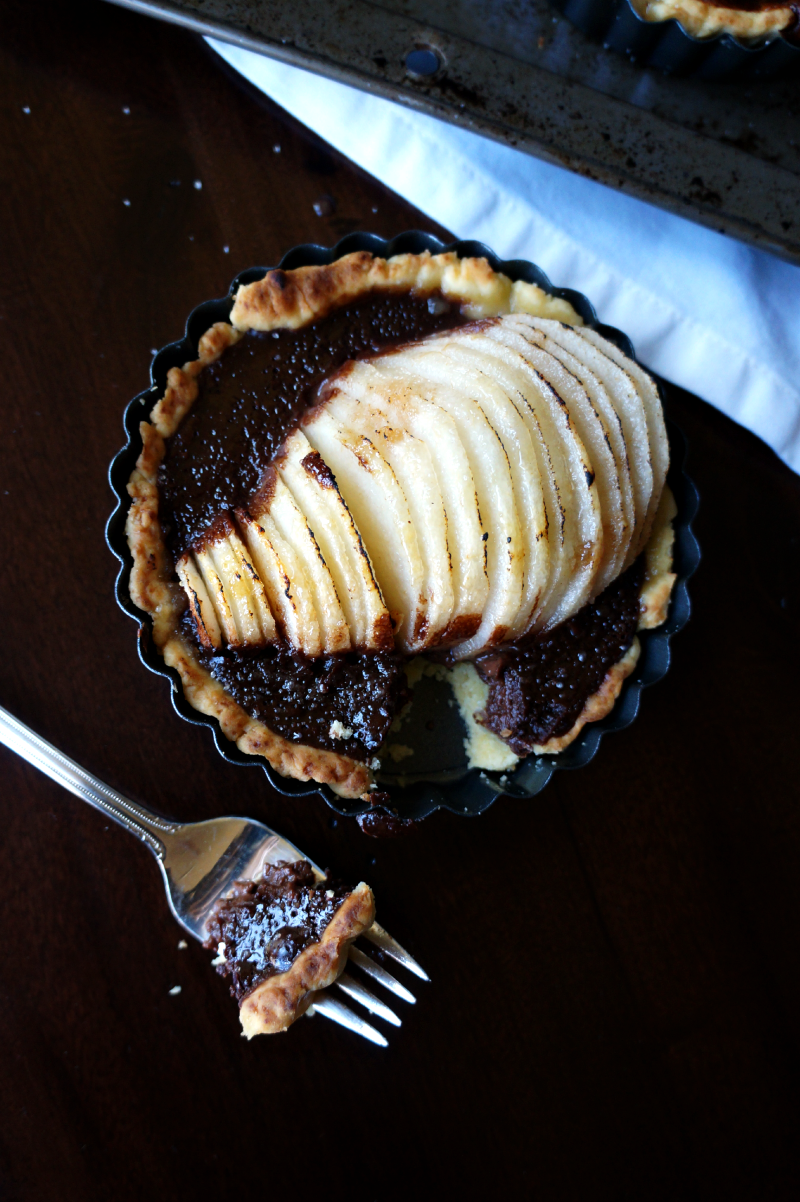