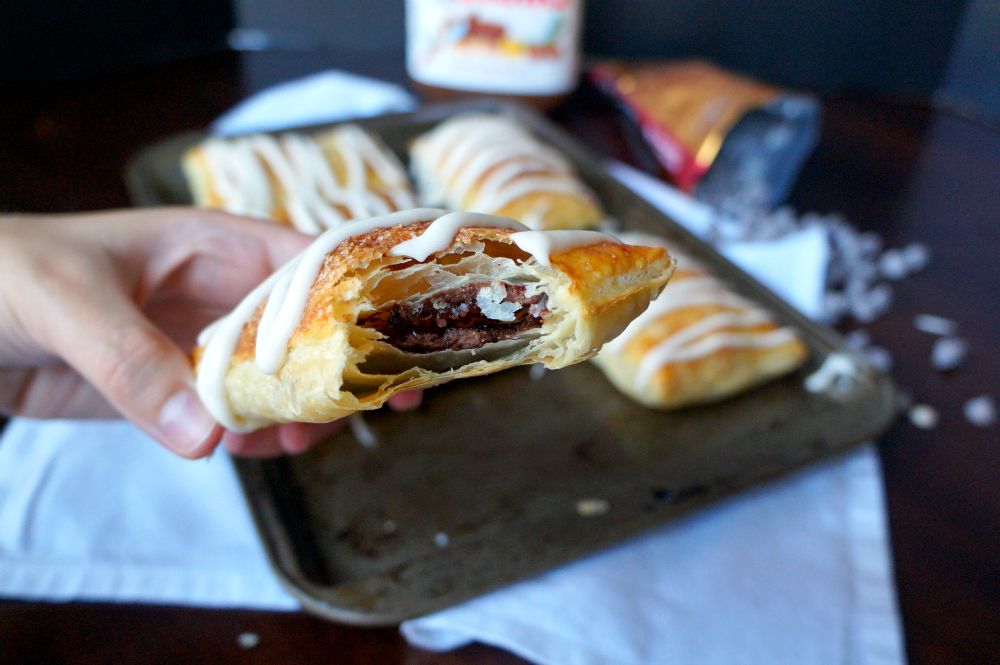 Hello, friends! I have a confession to make… I absolutely loooooove making homemade versions of storebought things! I mean I feel like it’s not really a shocker, but it’s definitely one of my favorite things to do. I made homemade pop-tarts likeeee 4 years ago, and though I have never been a huge fan of pop-tarts, I still remember how phenomenal those were. So I thought a logic progression {although many years later} was to make homemade toaster strudel! And these start off with storebought puff pastry, so they are actually ridiculously easy. Let’s get to work! 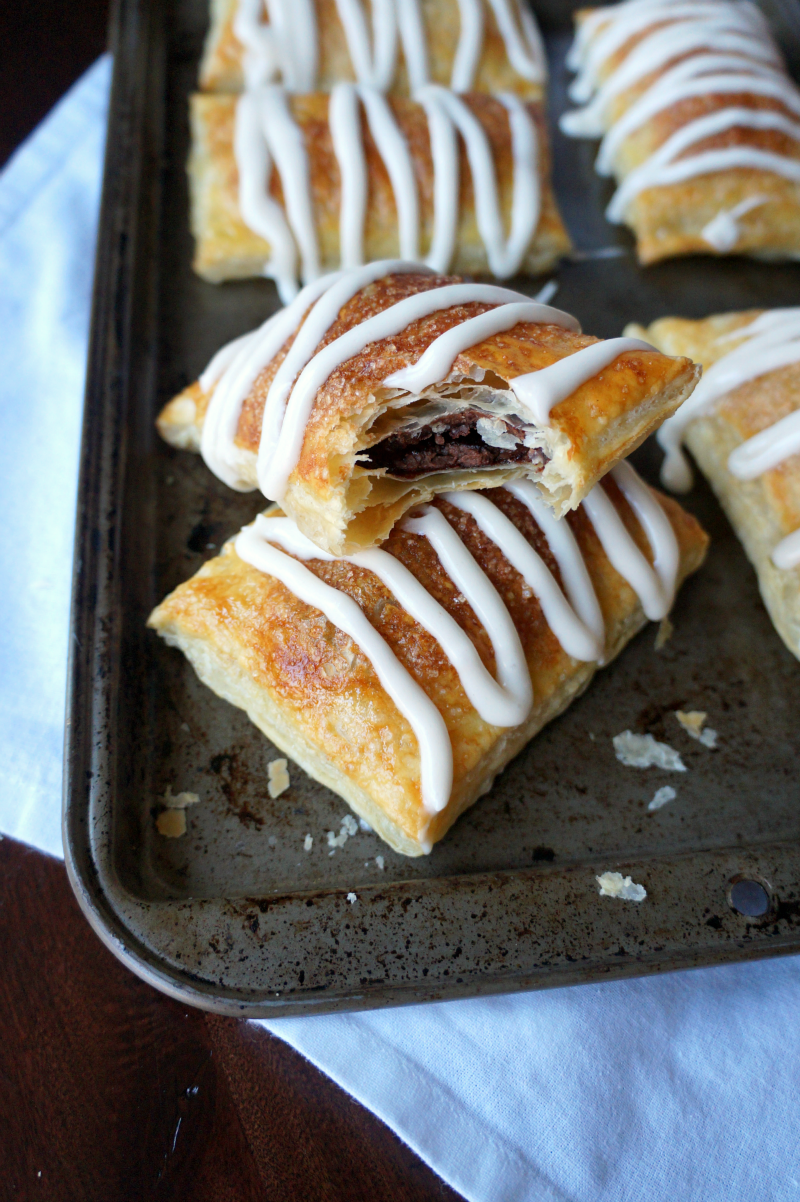 I filled these little flaky pockets with Nutella because, well, my household runs on chocolate, but you can fill these with whatever your heart desires! I wanted to make some filled with strawberry jam but, as luck would have it, I was conveniently out when I wanted to make these. Because of course I was. But you can fill them with jam and tell me what you think! They would probably end up very similar to these easy-peasy 2 ingredient Strawberry Turnovers I made over the summer. 🙂 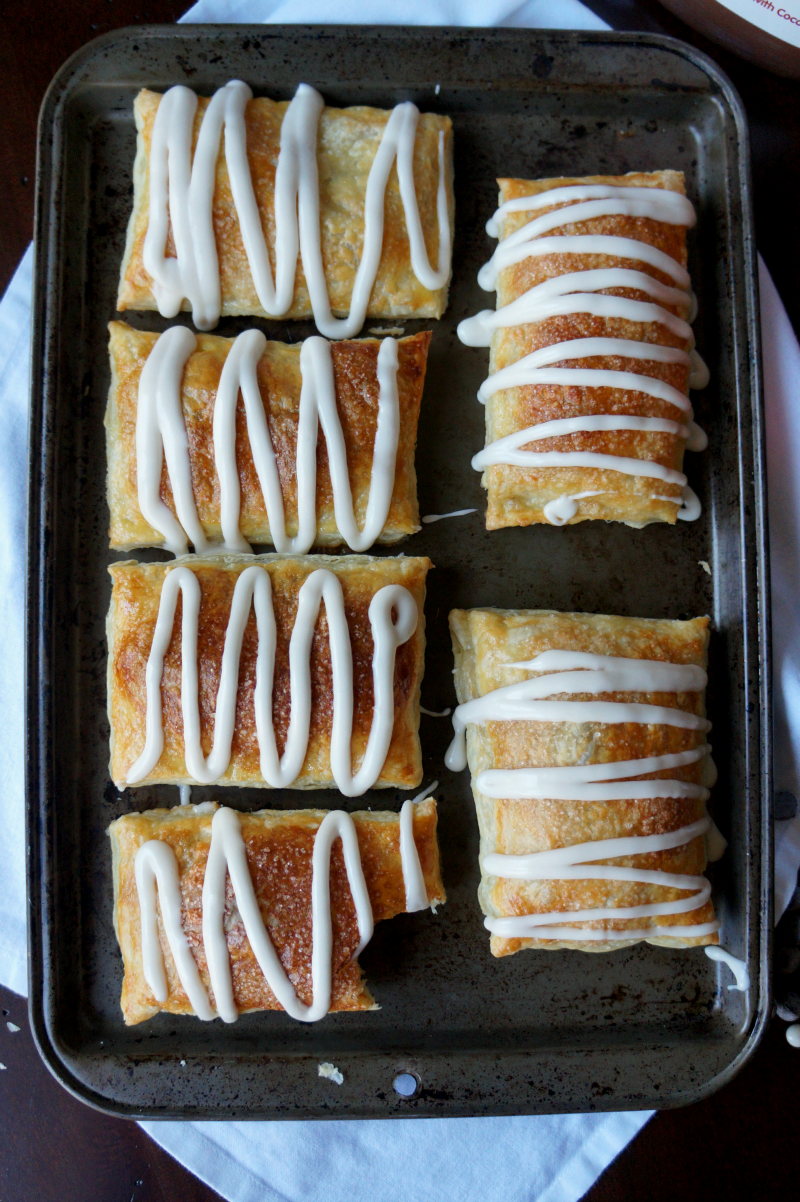 These are incredibly easy, and they take just… 4 ingredients, plus a couple of things for the icing. If you’re a fan of traditional toaster strudel, these will totally blow your mind. If you’re not a fan of them {which I will admit I’m not}, you will not believe how light and flaky and amazing these are, as compared to the original, greasy thing! Like I said, I wanted to fill them with Nutella because it’s my favorite, but the sky is the limit! My younger brother used to love the Boston Cream Pie version, which was filled with pastry cream and topped with a chocolate icing. I’m sure that wouldn’t be too hard to recreate! I bet you could even try using instant vanilla pudding for the filling. 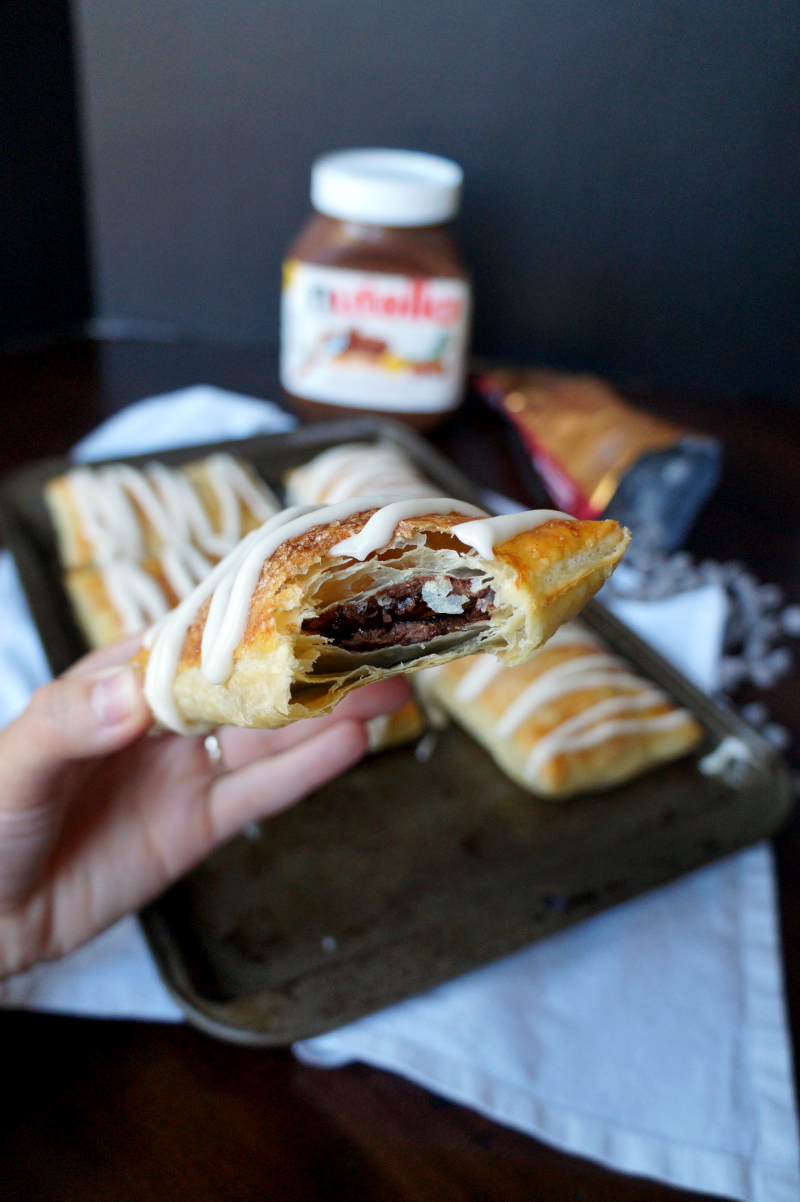 These were honestly so simple to make, and they were a huge hit! My brothers absolutely loved them, and were genuinely upset when they ate them all. They were all like, “That was all of them? Are you sure? You didn’t hide more anywhere?” No, no I did not. But these take just minutes to whip up so making another batch would’ve been no sweat. I hope you’ll make your own favorite toaster strudels from scratch and tell me what you think! Happy baking! 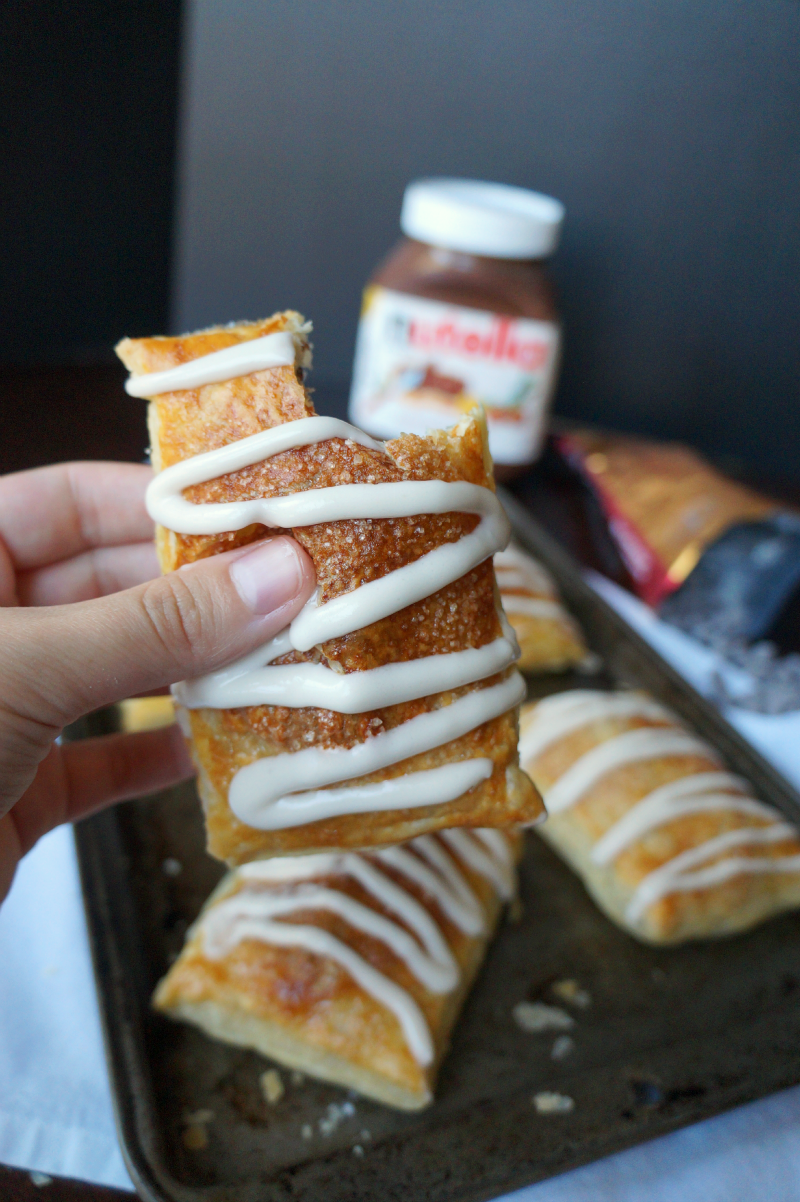