This shop has been compensated by Collective Bias, Inc. and its advertiser. All opinions are mine alone. #TasteTruvia #CB #CollectiveBias

This Caramelized Banana Pecan Oatmeal is exactly the opposite of every boring, bland bowl of oatmeal you've ever had! Creamy oats are topped with a gooey banana and pecan caramel that makes breakfast totally irresistible. And bonus, it's vegan and has zero added sugar!

Hello friends! I am so excited to be back on the blog today sharing this delicious, healthy recipe for Caramelized Banana Pecan Oatmeal. I've paired up with Truvia® Natural Sweetener to make a scrumptious breakfast recipe you're gonna love. This dish is hearty, filling, and something the whole family will enjoy. I promise it even fits in with your new year's resolution! 🙂 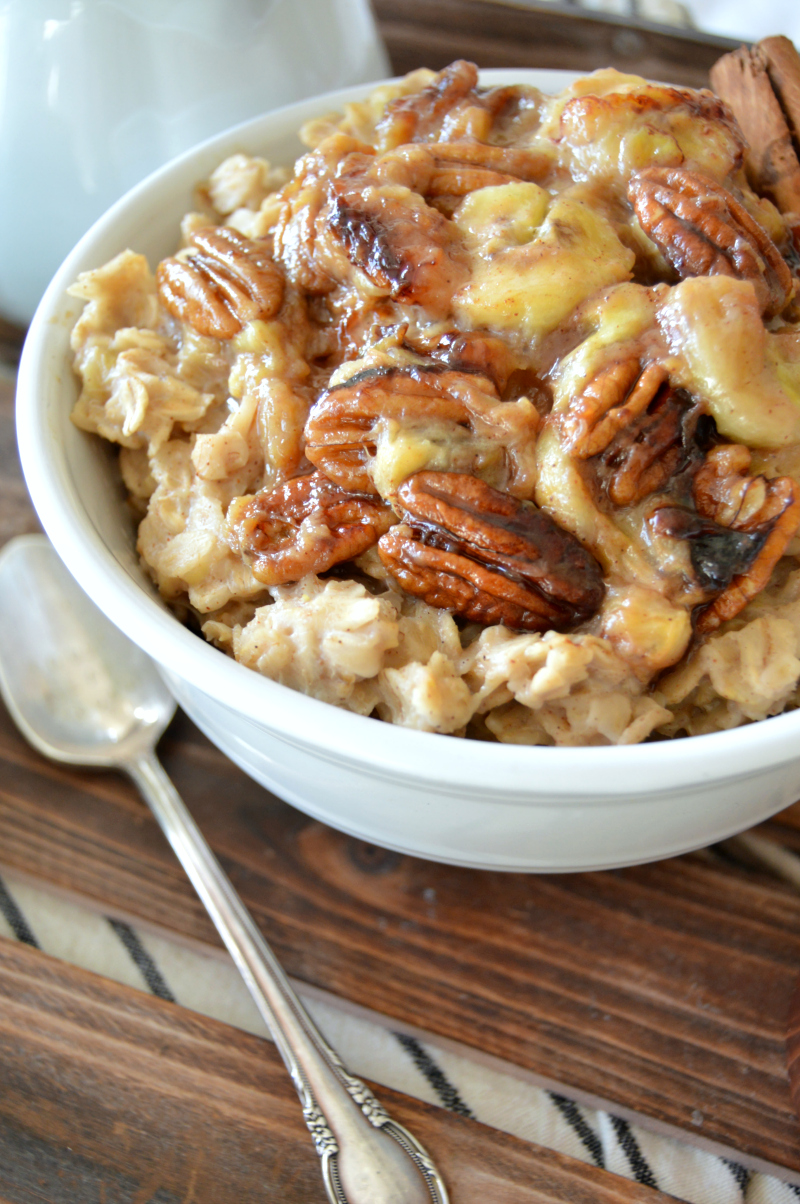 Truvia® Natural Sweetener Spoonable is something that I already use on a day-to-day basis, and I was more than excited when I got the opportunity to share such a great product with y'all! It's a zero-calorie sweetener that is stevia-based, and one packet is as sweet as two teaspoons of sugar. It tastes great, and it's a perfect natural sweetener choice for those trying to reduce the sugar and calories in their diet. I honestly haven't put anything else in my tea and coffee in years. Today, I decided to caramelize some bananas and pecans with a little help from coconut oil and Truvia®, and it ended up being the perfect topping for some sweet oatmeal! This breakfast takes some morning basics and just brings them to the next level to keep things exciting. Nobody wants a boring breakfast, after all! 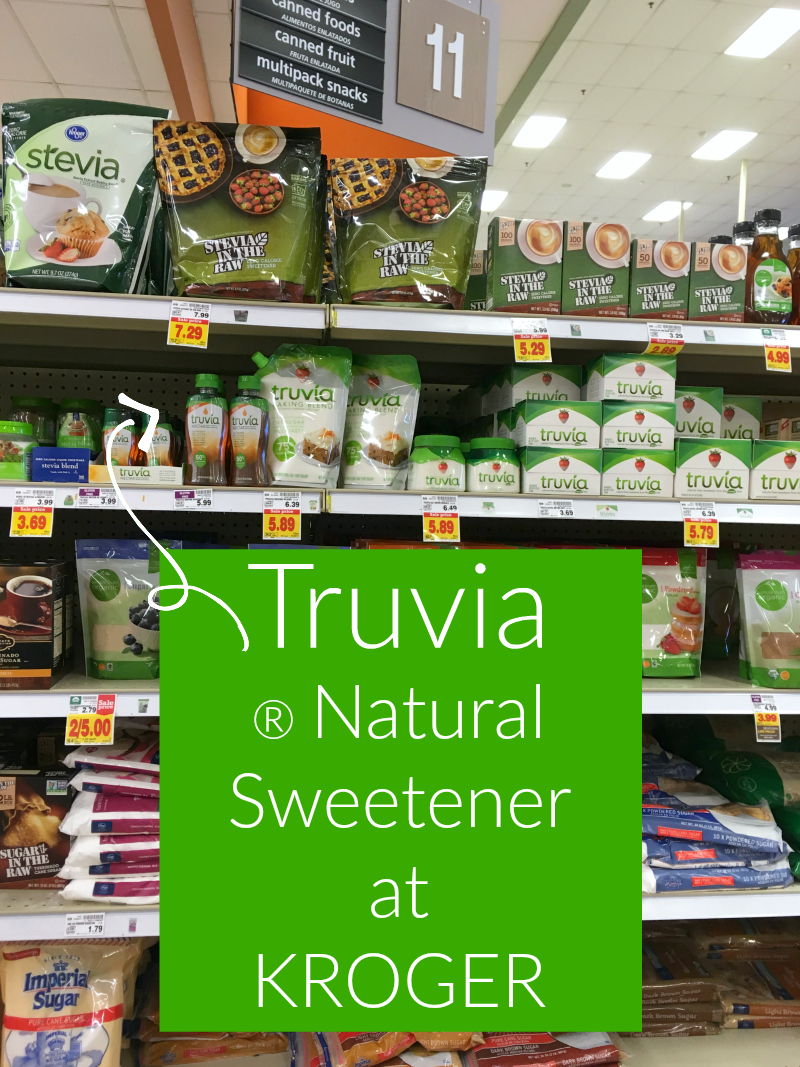 Before we get cooking, we do have to head to Kroger to grab some supplies! Along with the spoonable Truvia® container, you'll need bananas, pecans, old-fashioned oats, coconut oil, and some milk. I used unsweetened cashew milk for my recipe and I thought it worked really well, but any kind of milk will work! You will also need some cinnamon, nutmeg, cloves, and vanilla... but hopefully you have those at your house already 🙂 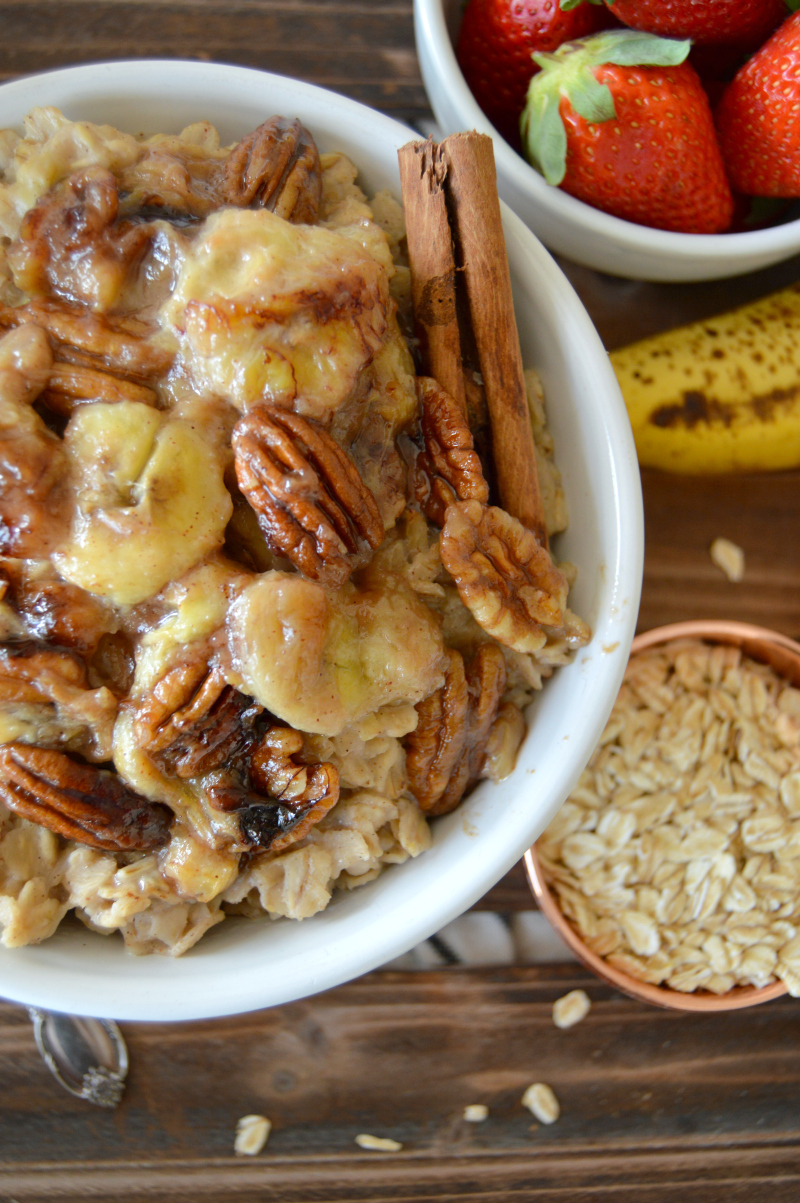 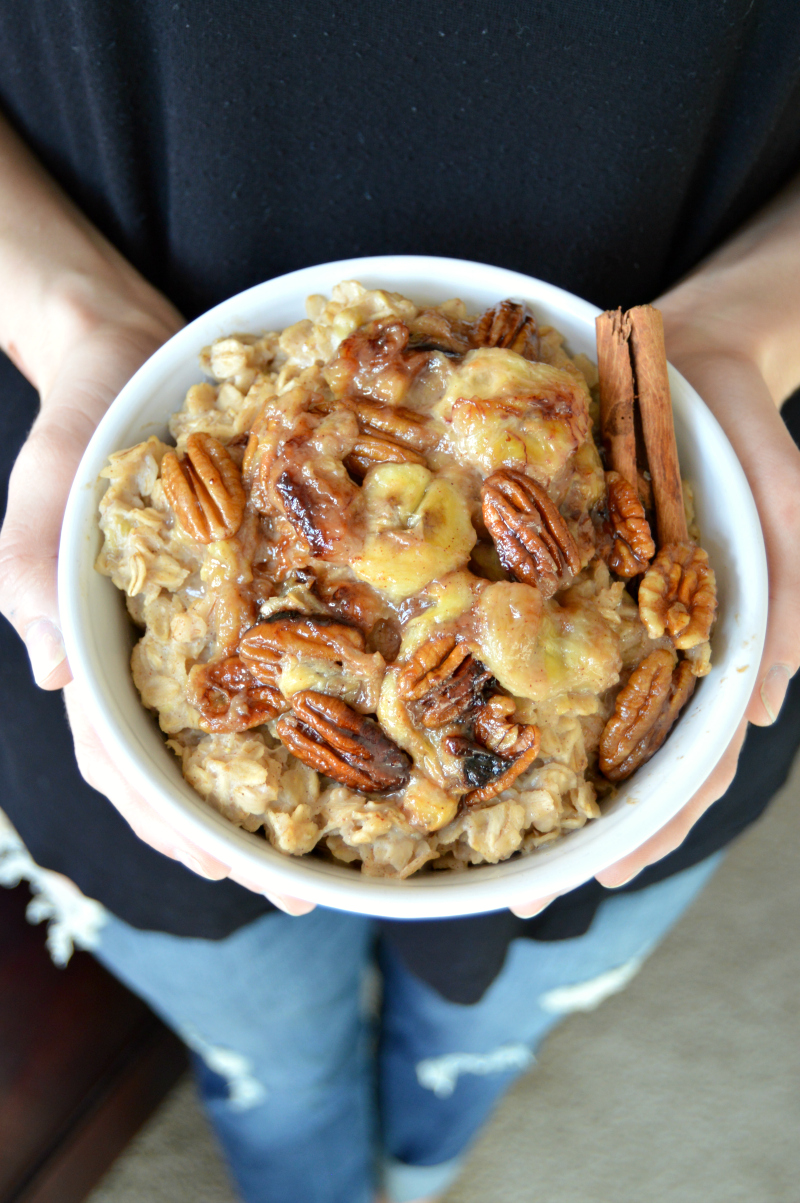 I have to say that this banana pecan oatmeal comes together surprisingly fast! In a small pot, I heated up the milk with my spices and some Truvia® Natural Sweetener Spoonable. Once it was warm, I stirred in the oats and some banana let them cook until they were creamy and delicious. In a skillet, I heated up some coconut oil with some Truvia® Natural Sweetener Spoonable, and added in sliced bananas and pecans. The bananas get soft as they cook and they help add to the caramel-y sauce, which is so yummy! This oatmeal is a delicious, satisfying choice to start the day which also happens to be vegan and have no added sugars. What could be better? 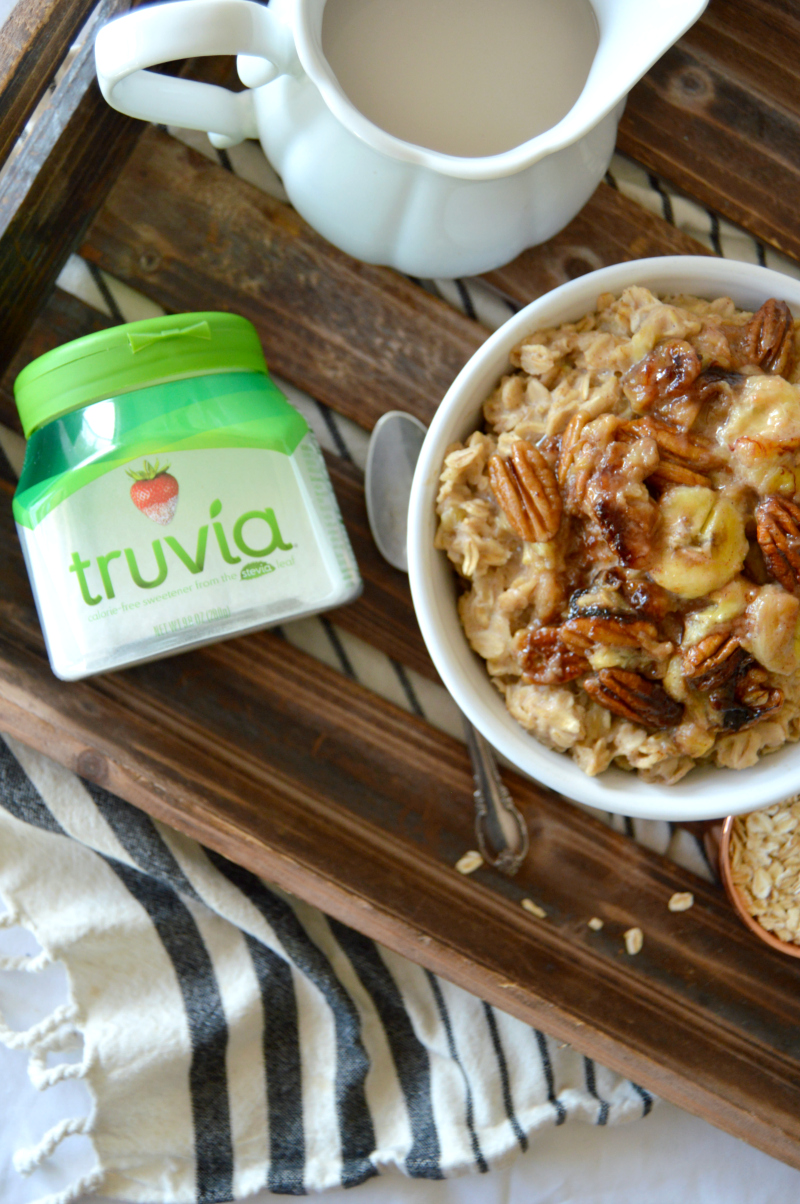 If you're wanting to try some delicious Truvia for yourself, you can click HERE for a free sample! And if you're already a Truvia lover like myself, you can find some handy coupons HERE. Happy cooking! 🙂