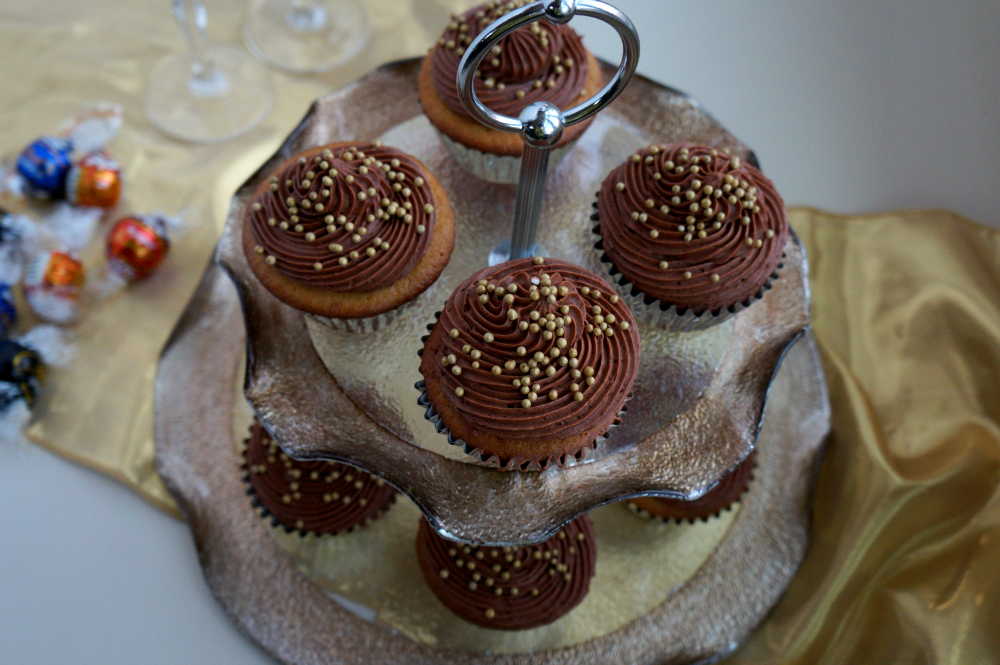 It's only THREE days until New Year's and I almost can't believe it! What do you mean it's already 2015? I literally just started remembering to put 2014 instead of 2013 on all my stuff, and now you want me to change it again? This is impossible. On a brighter note, I whipped up these unbelievably chocolatey, indulgent cupcakes to ring in the new year! They are white chocolate cupcake topped with semisweet chocolate buttercream, and stuffed with a chocolate truffle. There is chocolatey goodness in every single component of these treats, but it all works together to deliver a dessert that's not too sugary or cloying. The sweetness of the white chocolate is balanced out by the bittersweet frosting, and the melted surprise truffle in the center is the best part of all!  These are simply the sweetest way to wrap up the year. 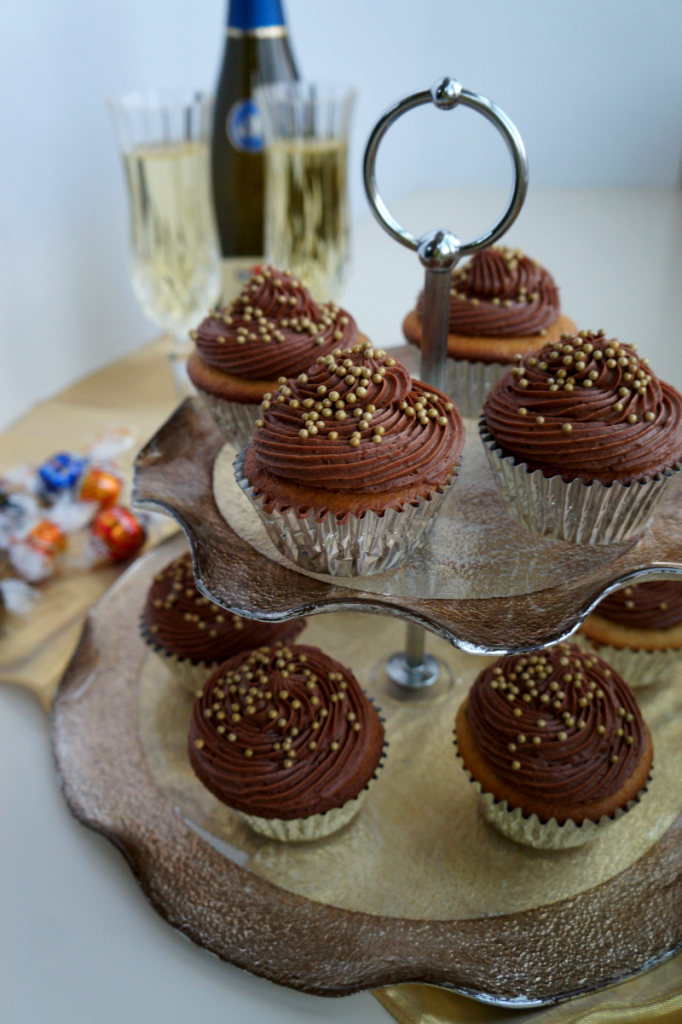 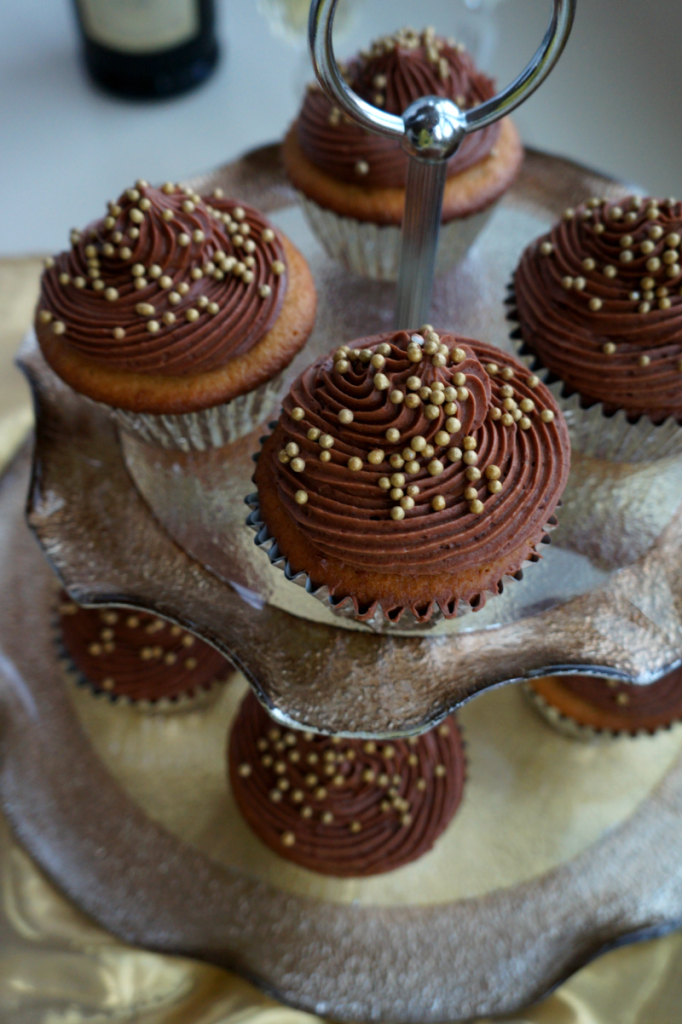 I have recently discovered a new, much better way to make buttercream thanks to the fantastic Shelly of Cookies & Cups. All you need is equal amounts of unsalted butter and chocolate, and you just have to melt them together, let this mixture solidify, and then whip it up using your mixer. That's it! Two ingredient, super simple, and it tastes almost exactly like my beloved Swiss Meringue Buttercream, except it's so much easier. Where has this been my whole life?! I used the white chocolate version for my Peppermint Bark Layer Cake, and I made it again for this recipe using semisweet chocolate chips. Once you try this ridiculously delicious, easy-peasy way of making frosting, you will never go back! It's super rich while still being fluffy and light, and it's the perfect thing to top off these white chocolate cupcakes. Or like, a spoon. Or well, anything, really. These cupcakes are chocolatey and delicious, deceivingly easy to whip up, and yes, they taste great with a flute of champagne. Happy baking and happy {almost} new year! 🙂 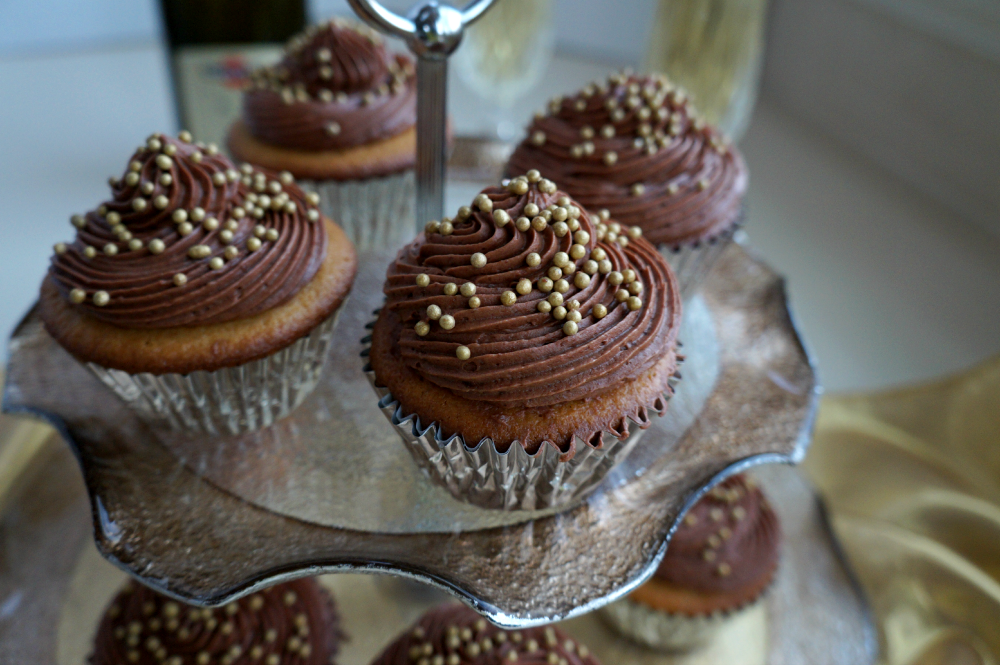