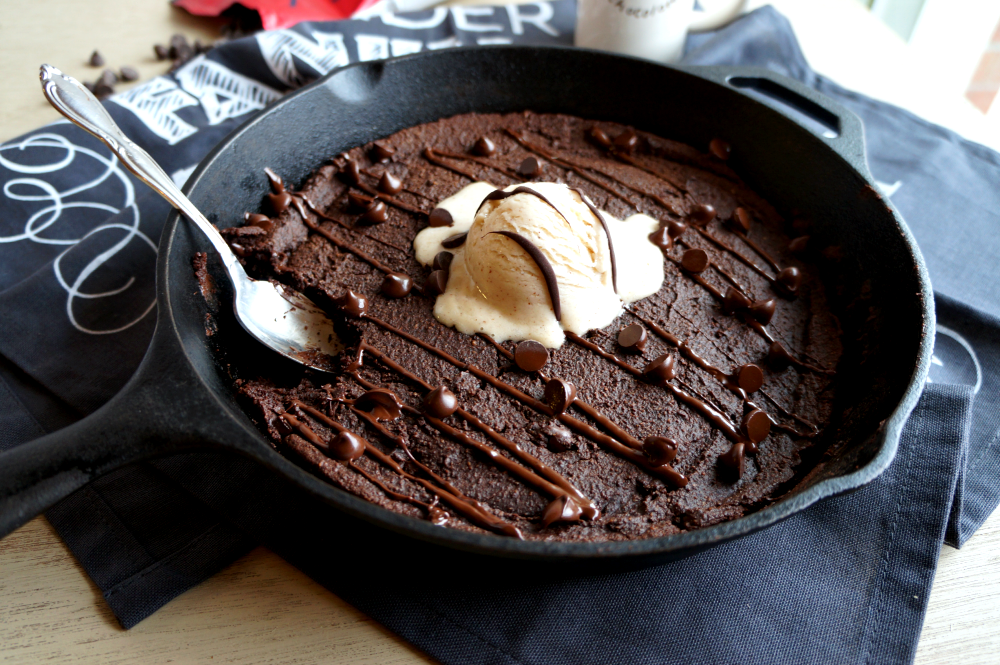 The weather has been insanely cold all over the US lately {unless you're in Florida, in which case... ahem. We're not speaking}, and I've been basically surviving off of soup and more soup and hot chocolate for the past week. I experimented with a black bean cake/brownie thing a few days and it was a semi-fail because I made it in a pan that was way too big, so it came out very thin and almost brittle-like. The flavor was really good, but the texture definitely needed to be worked on. I've noticed a bit of a skillet cookie trend going around the blogosphere lately, and I decided to combine the two and make a vegan, gluten-free black brownie in my cast iron skillet! This is seriously PHENOMENAL. It has a blender batter {which is really my favorite thing ever}, and it's incredibly delicious, rich, and fudgy. Yum, yum, and yum. Topped with some almond milk ice cream, this is nothing short of amazing. Think of it like the healthier, vegan version of the famous Pizzookie. You're welcome. 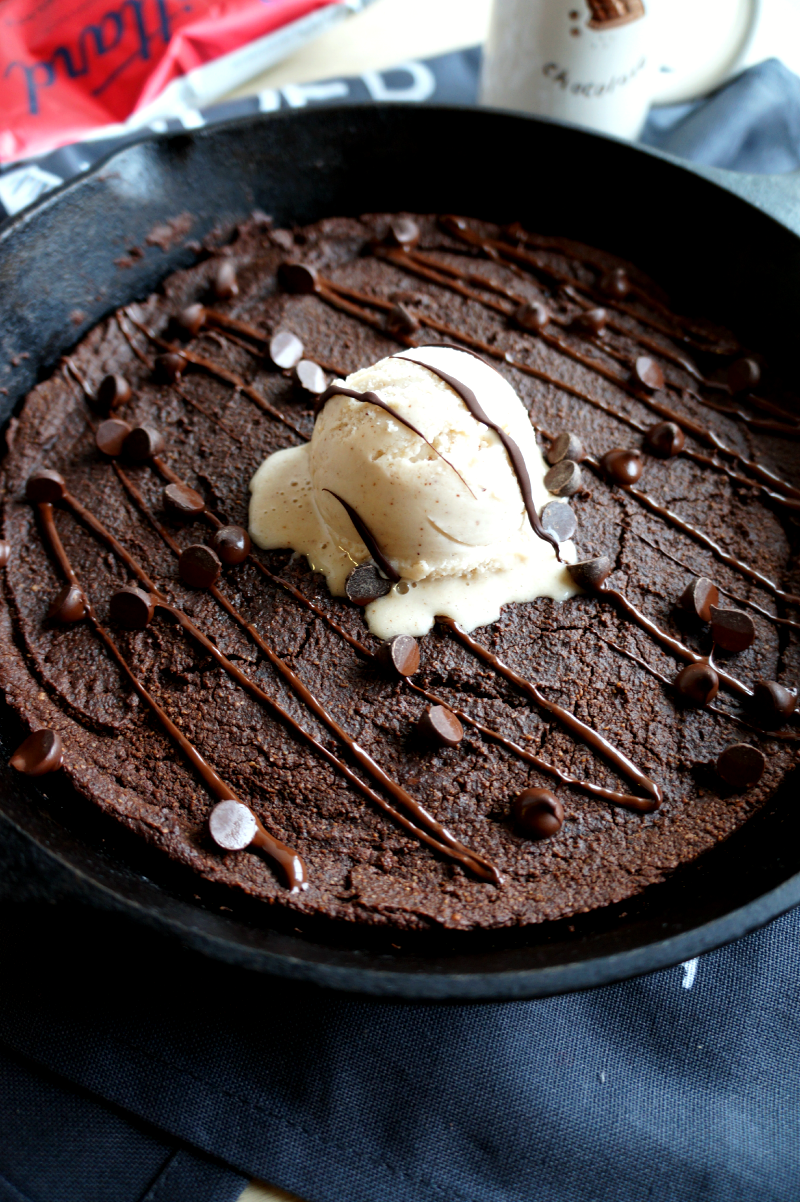 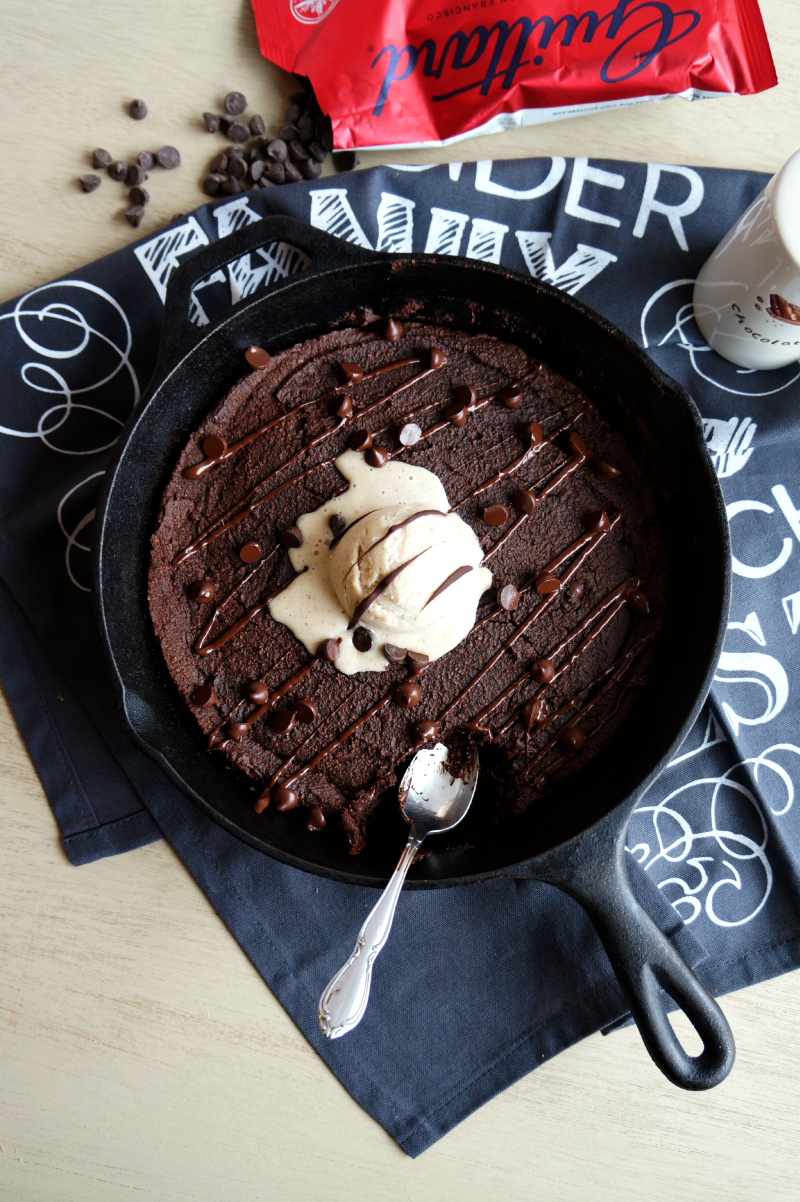 This dessert is made of a bunch of vegan and gluten-free mainstays like coconut flour, cashews, almond milk, and black beans {aka the secret to the best brownies ever}, and the only actual sugar in the recipe comes from the chocolate chips, so as far as desserts go, this is definitely a little healthier. If you're looking for vegan chips that are affordable and can be found in the regular store, my go-to are the Ghirardelli semisweet, but I've been using the Guittard extra-dark chips lately and they are so good! This recipe is deceivingly easy and a perfect way to take care of your chocolatey cravings! 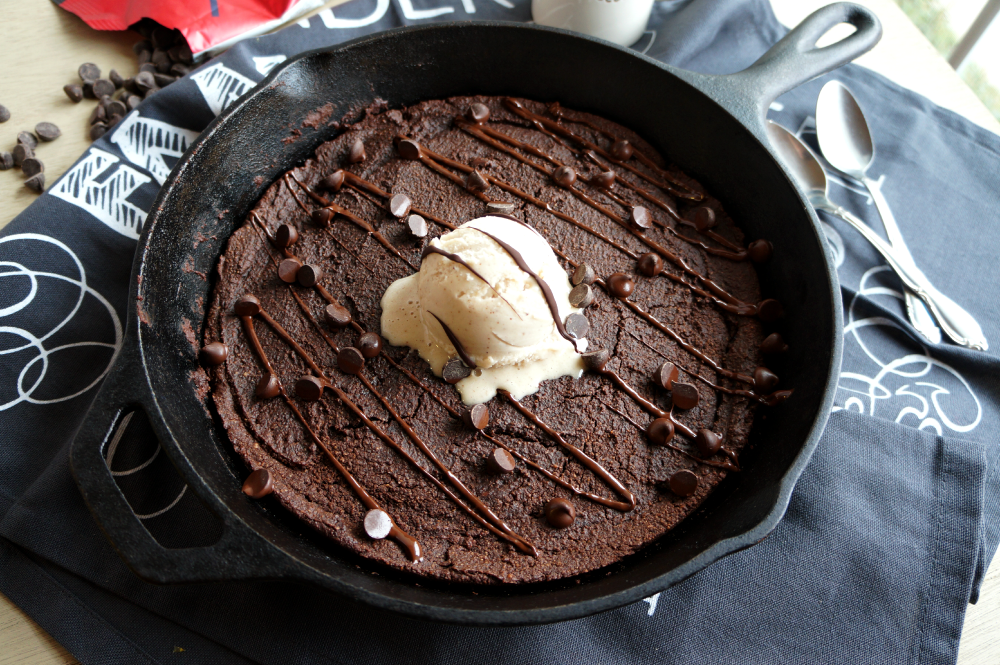