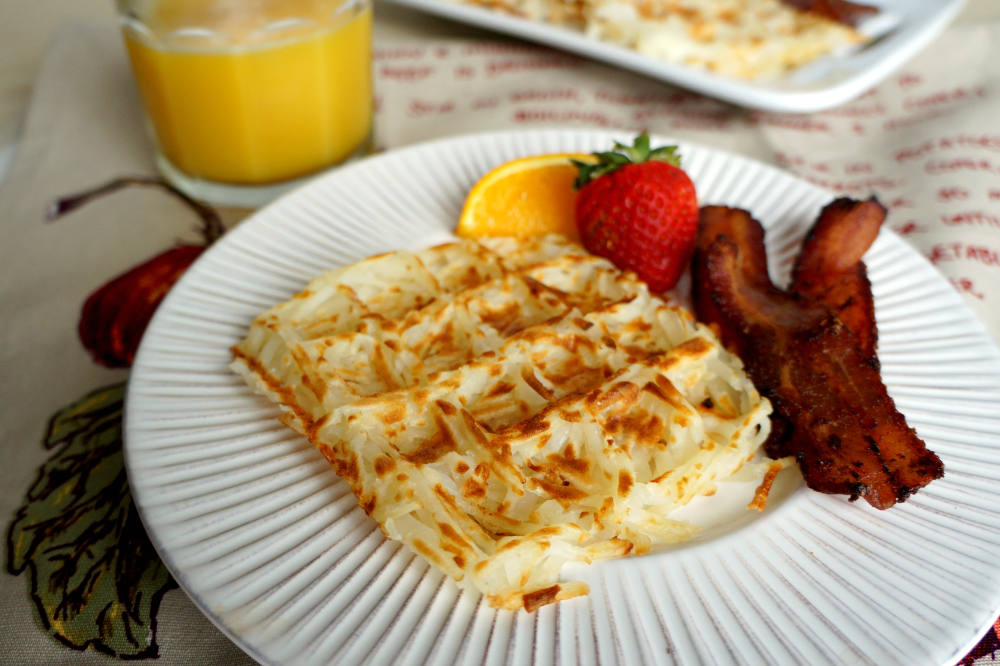 Confession time: I am actually not a huge potato fan. I know! GASP. The horror! Who doesn't like white potatoes? Well... eh, me. 9 times out of 10, I will happily pick sweet potatoes over white, no contest. Unless we're talking about mashed potatoes... then I do love the classic! Sometimes though, I find things on sale that are so impossibly cheap that I just have to take them home with me. This time, it was a huge bag of shredded, hashbrown potatoes for like, a dollar. Yes, hi, I'm cheap and I'll buy anything with a clearance tag. I've been meaning to try out the trendy Pinterest hashbrowns-in-a-waffle-maker, so this was the perfect chance. And... here you go! Spoiler alert: hash browns in the waffle iron DO indeed work. 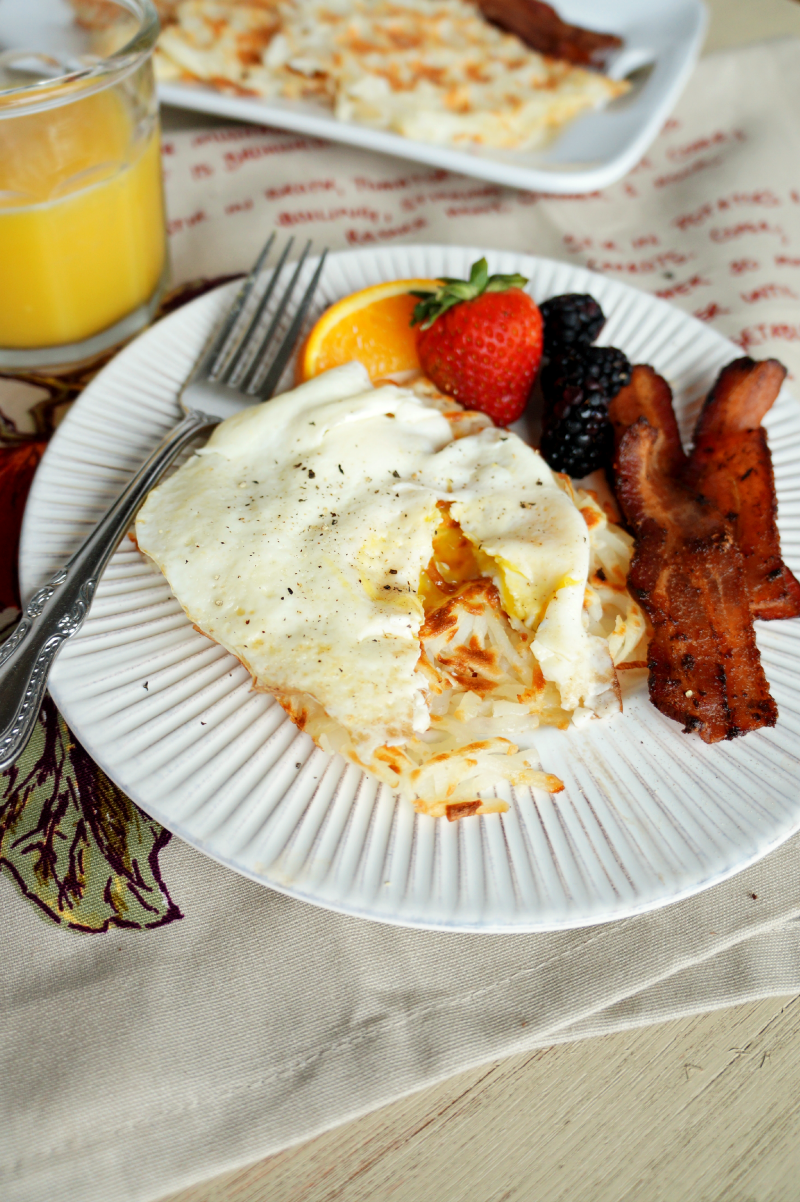 I decided to roll with the brunchy vibe I got from the hashbrown waffles, and serve them with bacon, berries, and eggs over-easy. Oh. Em. Gee. I mean, I know that basically any food can be improved by the addition of an egg on top, but I'm pretty sure these two were made for each other. The hashbrown is crunchy and crispy on the outside, yet perfectly soft and delicious on the inside, and all the nooks and crannies are perfect for the runny egg yolk. I'm getting hungry just talking about it... 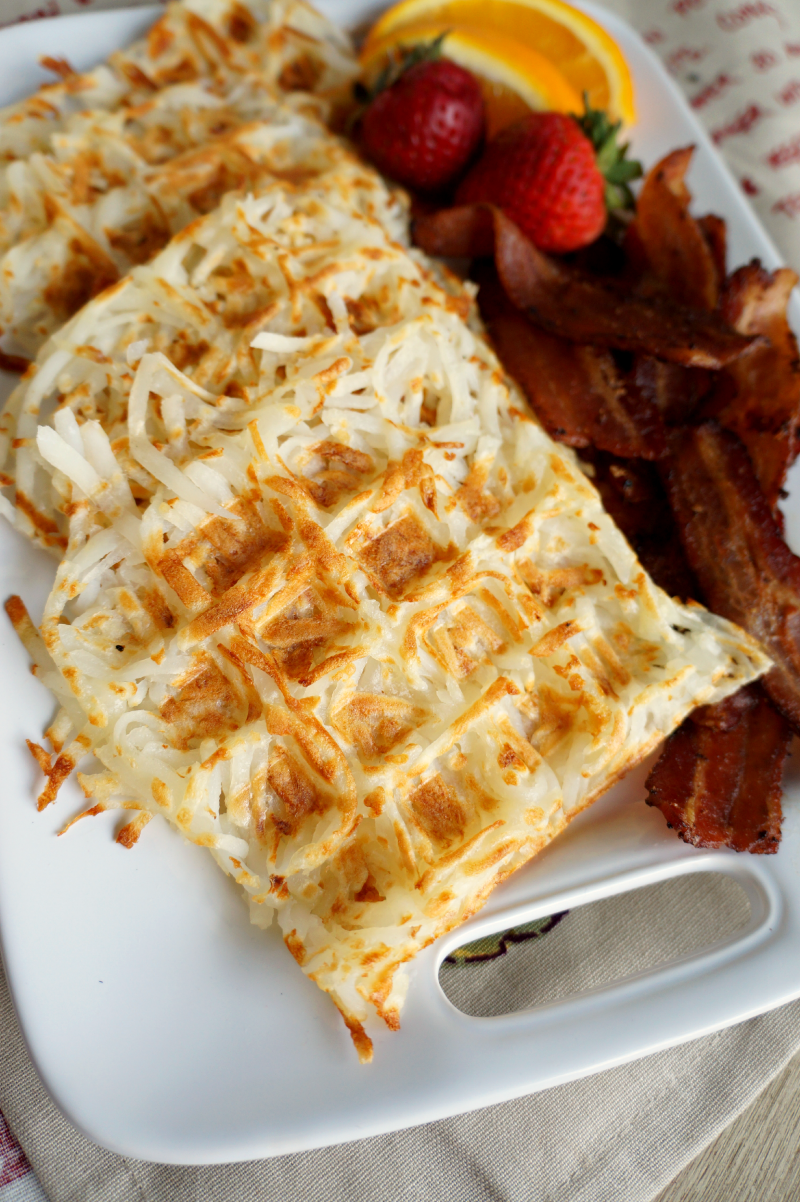 The infamous vegan best friend was over when I made these, and she was beyond happy that she could eat them, too! All you need are shredded potatoes and some salt and pepper, so they are definitely vegan-approved. The egg isn't obviously. But honestly, she makes fun of my egg addiction all the time, so she doesn't deserve to eat any eggs from my stash anyway 😉 This is seriously one of the easiest recipes I have ever shared, and I'm almost embarrassed to be sharing it because it's so simple. Literally, just shredded potatoes and salt. Waffle iron. Done. Serve these next time you have people over, and give your brunch an upgrade! 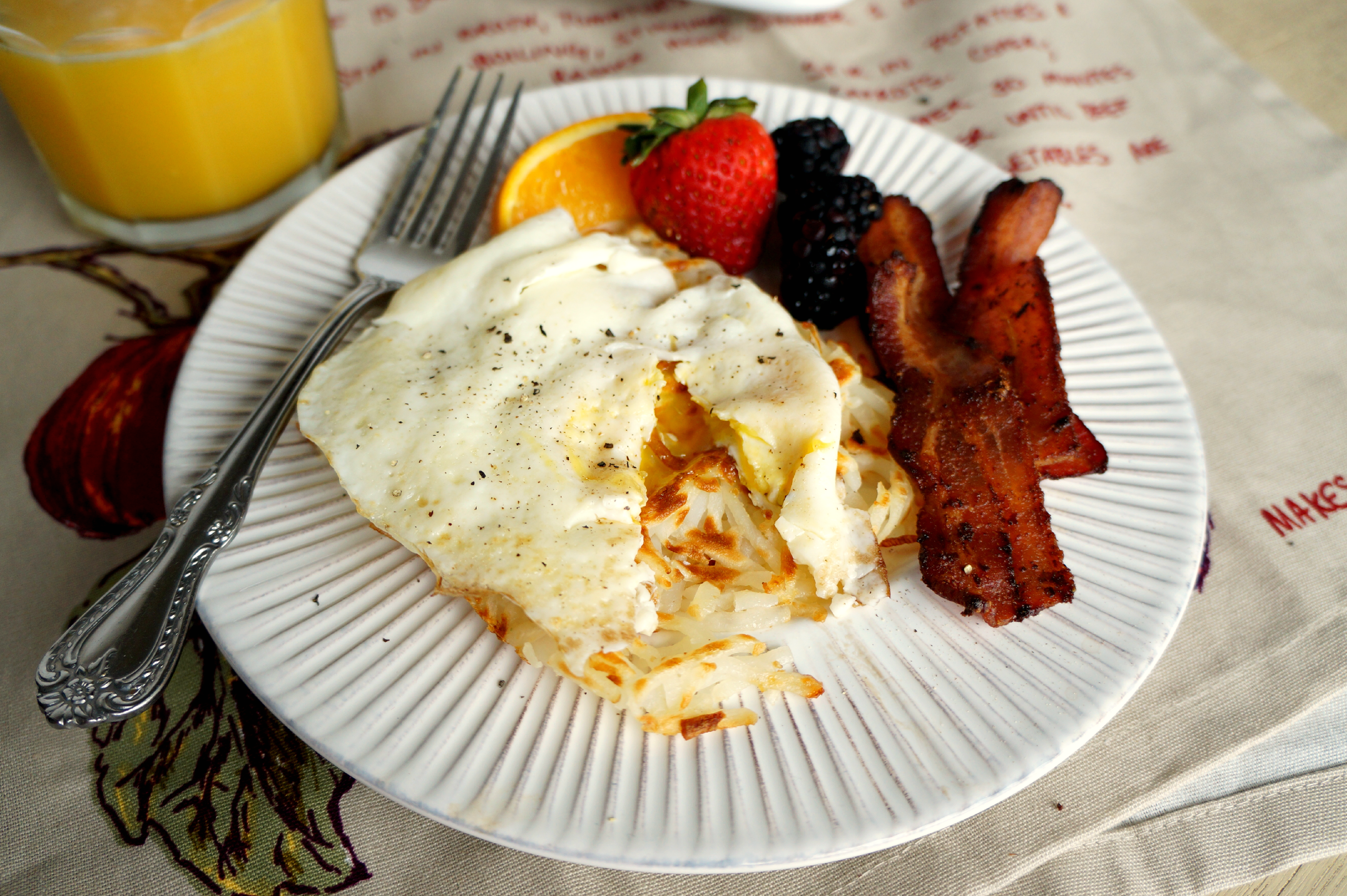 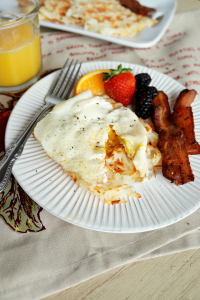