Give your cinnamon rolls a fun twist by stuffing them with spiced pear pieces! These Chai Pear Cinnamon Rolls are filled with chai tea-infused pears for a warm, cozy take on the classic. 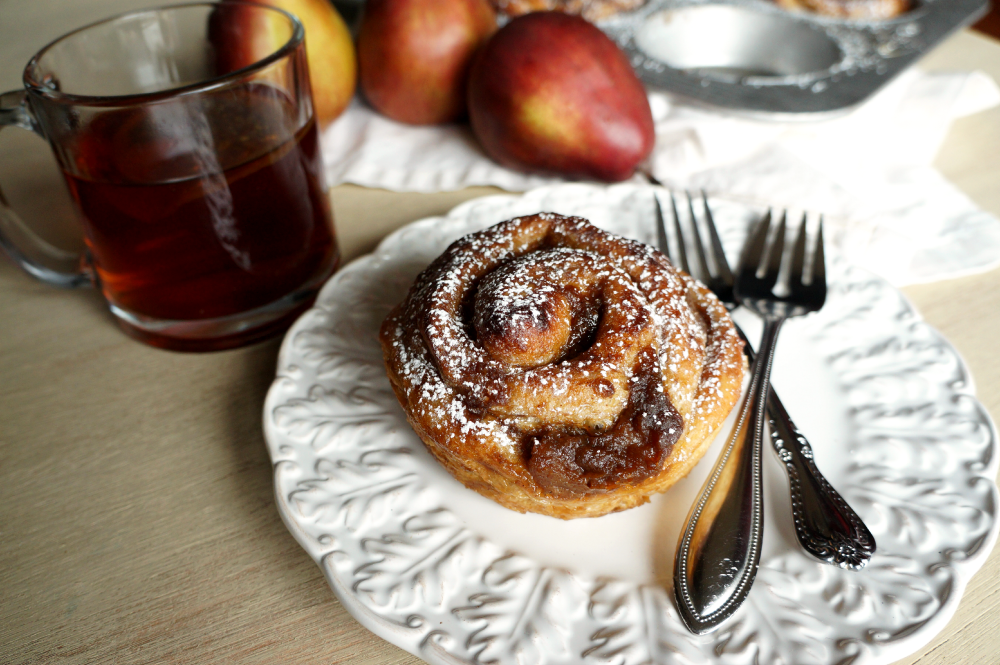 Happy Friday, darlings! Today, I am sharing with you some utterly delicious {vegan} cinnamon rolls, with the yummy addition of chai and pears. So, Chai Pear Cinnamon Rolls. Yum! I know pears are maybe not the first thing you think of when you think of spring, but I seriously love them all year long. I bought a big bag of them earlier this week, and they all inexplicably ripened AT THE SAME TIME. So imagine me, sitting in my kitchen, with literally 7 ripe pears about to go bad. What's a girl to do? Well, put them in cinnamon rolls, of course. 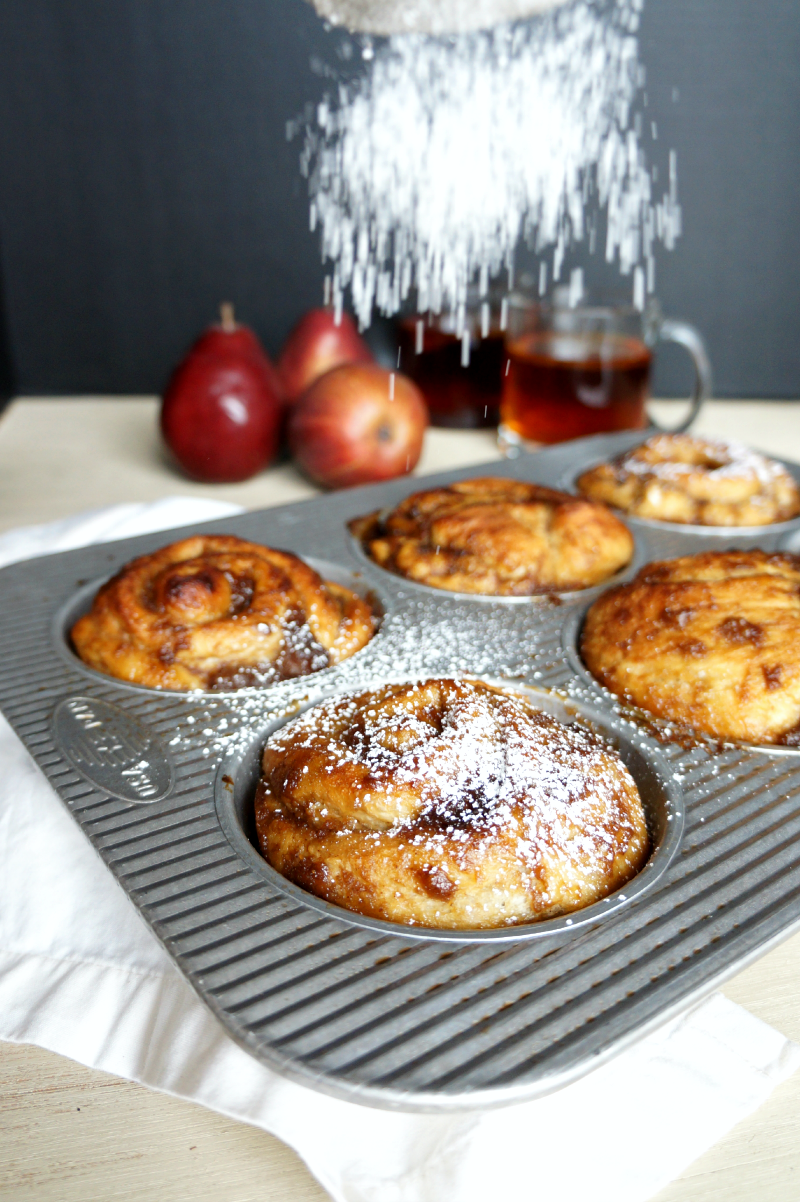 As usual, I wanted to make a treat that I could share with my vegan bestie, if not for the sole purpose that I knew that otherwise, I was gonna eat all of these in one sitting. By myself. I've kind of resigned myself to the fact that basically any food I make here in College Station needs to be vegan just so I can share it. Imagine my surprise when I realized I didn't even need to search for a new cinnamon roll dough recipe for these... all I had to do was switch dairy milk for almond milk in my trusty sweet roll recipe and I was done! Who said vegan food was hard, again? 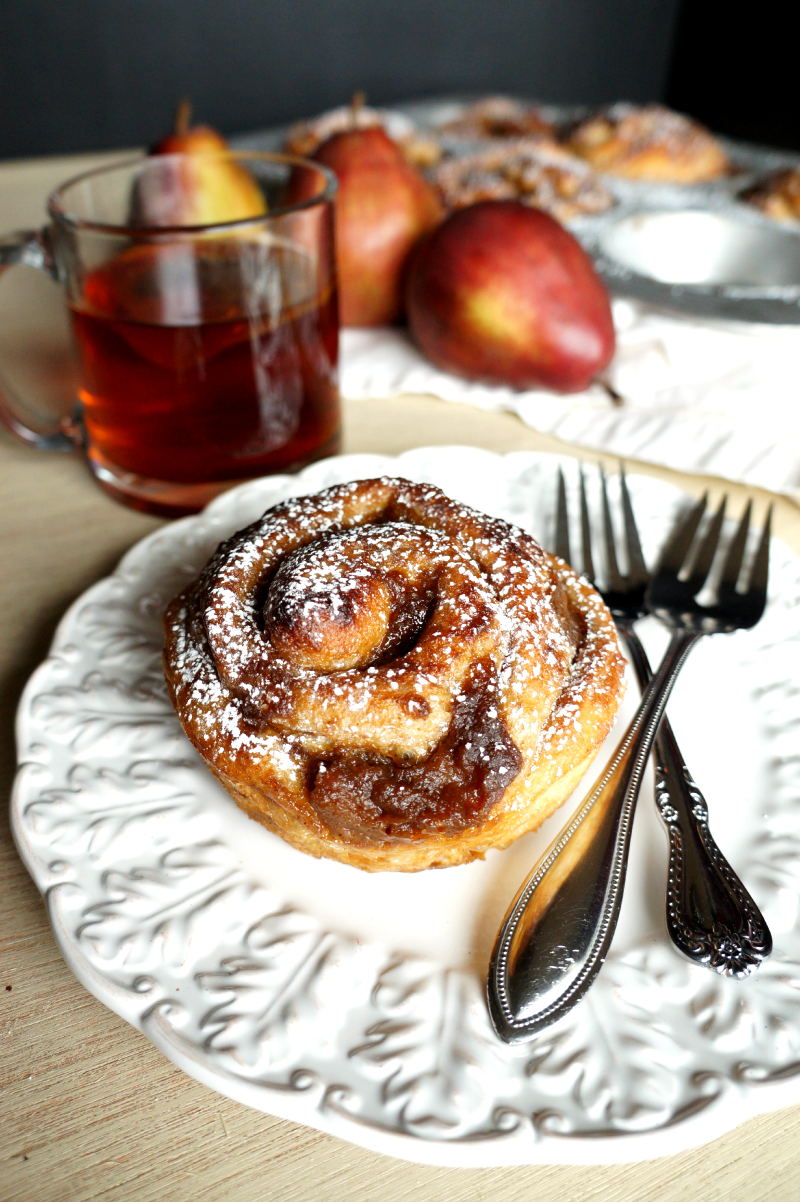 Honestly, the hardest part of this recipe was figuring out how to incorporate the chai flavor into these pear cinnamon rolls without having to buy or make a mix of chai spices. I don't own any, and I know most people don't either, so I had to get creative! I decided to brew a ½ cup of really, really strong chai tea, and use it to simmer and caramelize the pears in. While the pears were cooking, I actually ended up adding another bag of chai tea to the mixture to add an extra oomph and oh man, I am so glad I did! These are definitely cinnamon rolls, without a doubt, but the chai adds a warm, spiced and smoky note that is addicting and delicious. 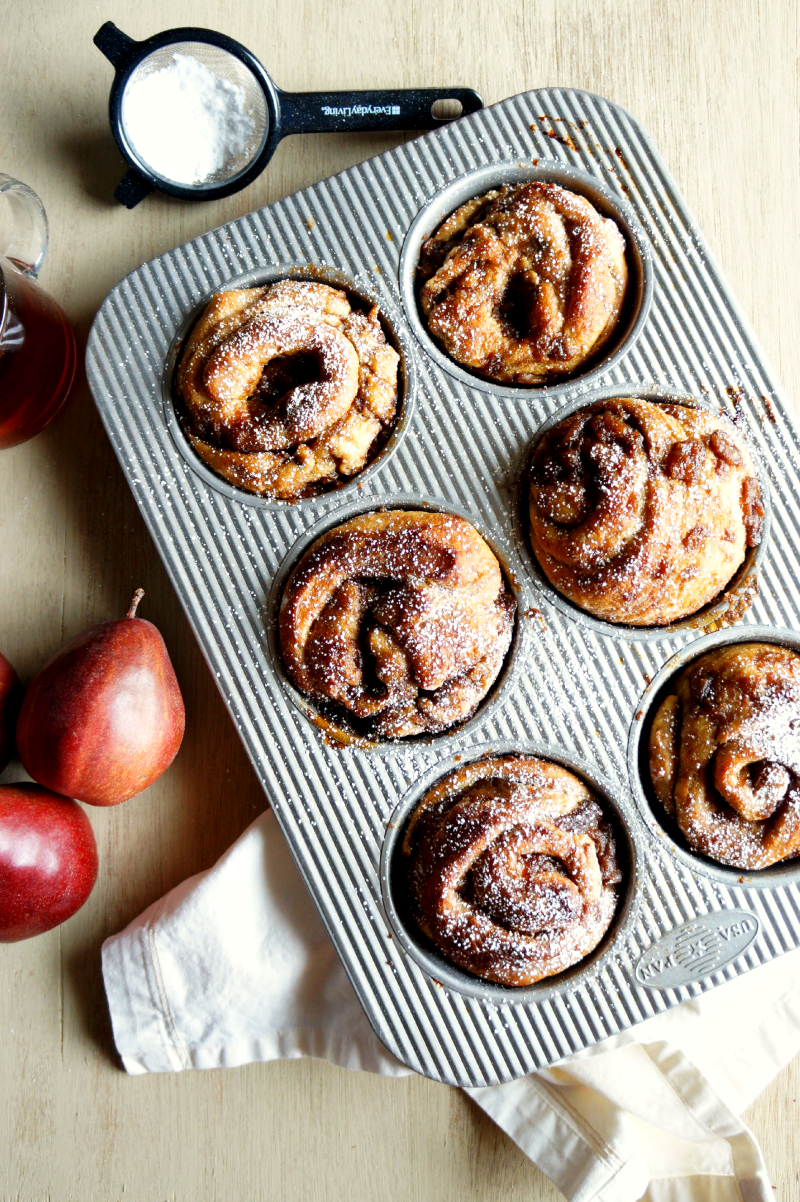 This recipe is totally easy and versatile, and I have used this same dough for every single cinnamon roll variation on this blog. From berries & chocolate to lemon & white chocolate to s'mores to nutella... all you need is one recipe. One time, I even used it to make this gorgeous pumpkin butter braid. SO easy, pretty much foolproof, and my favorite part is that it's one-pot. No, not one-bowl. All you need is a big pot {and honestly the bigger the better, don't be like me and have your dough try to escape} and this is where you do everything, from heating the milk to proofing the yeast to kneading to letting the dough rise. It will change your life. 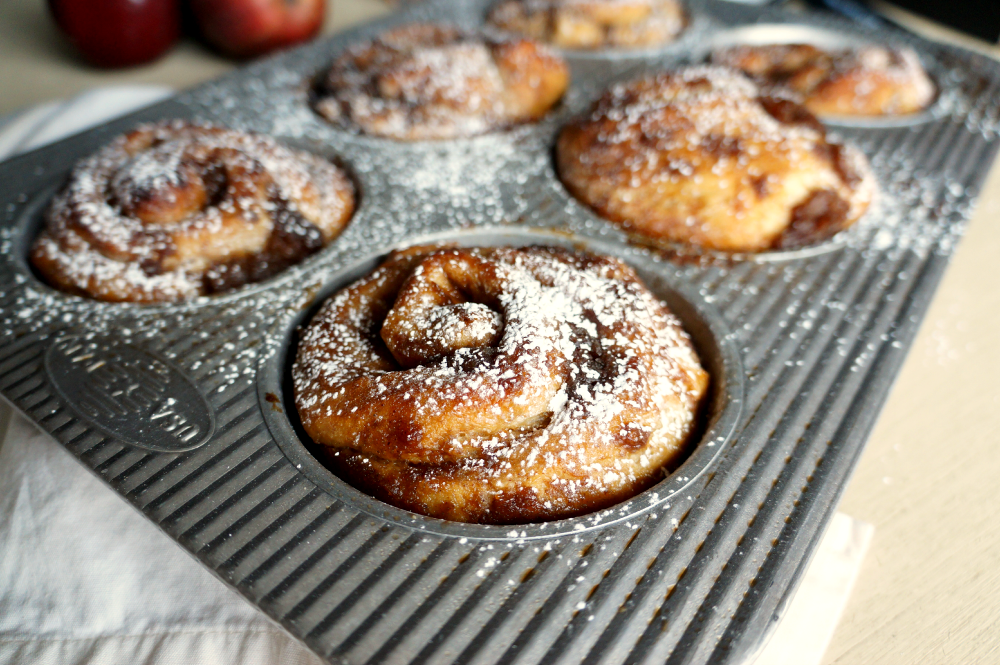