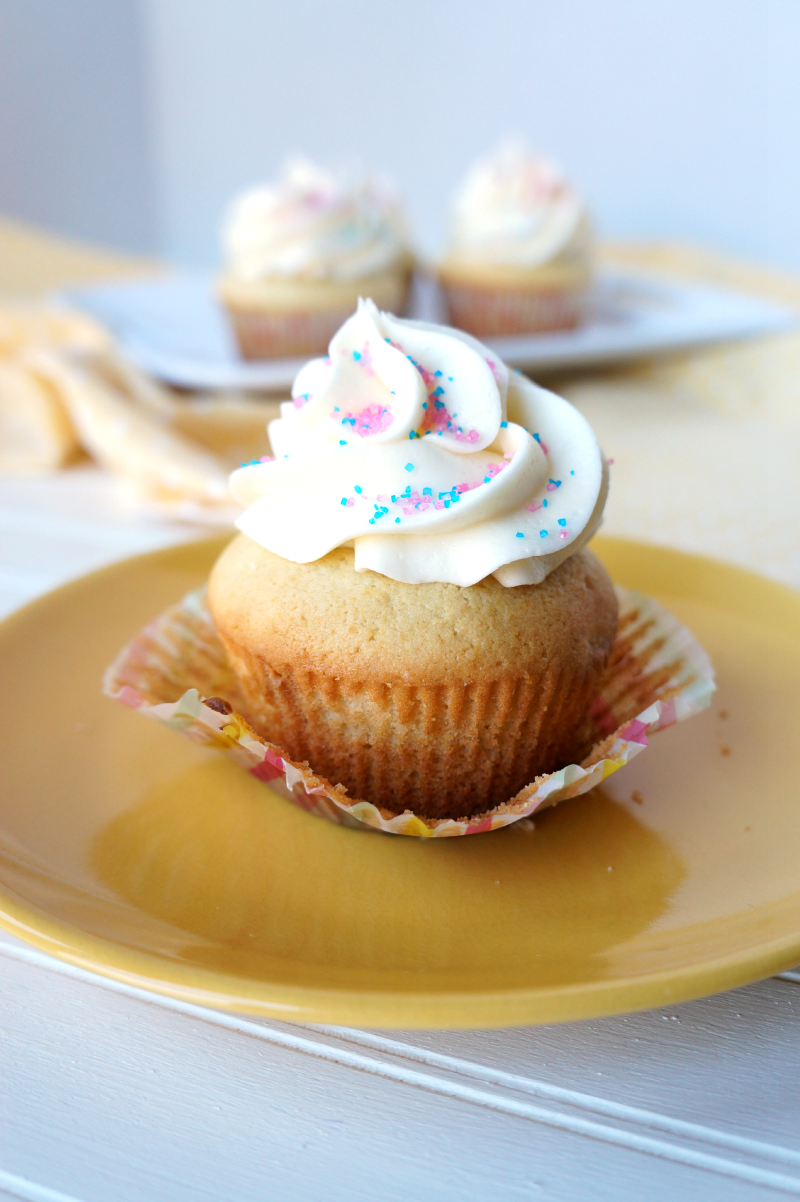 Hello, friends! I am so incredibly excited to be sharing this lil recipe with you today! Now, this cupcake may not look like anything special, but it just goes to show that sometimes, the simplest things can be the most meaningful. If we quickly flash back to last year, you may remember this gorgeous turquoise and white wedding. Well, the happy couple is now expecting! And when I was asked if I was available to make some gender reveal cupcakes for a small family celebration, my answer was an obvious yes. These were so much fun, and it was such an honor to be part of such a big event in their life! So, what's your guess... boy or girl? 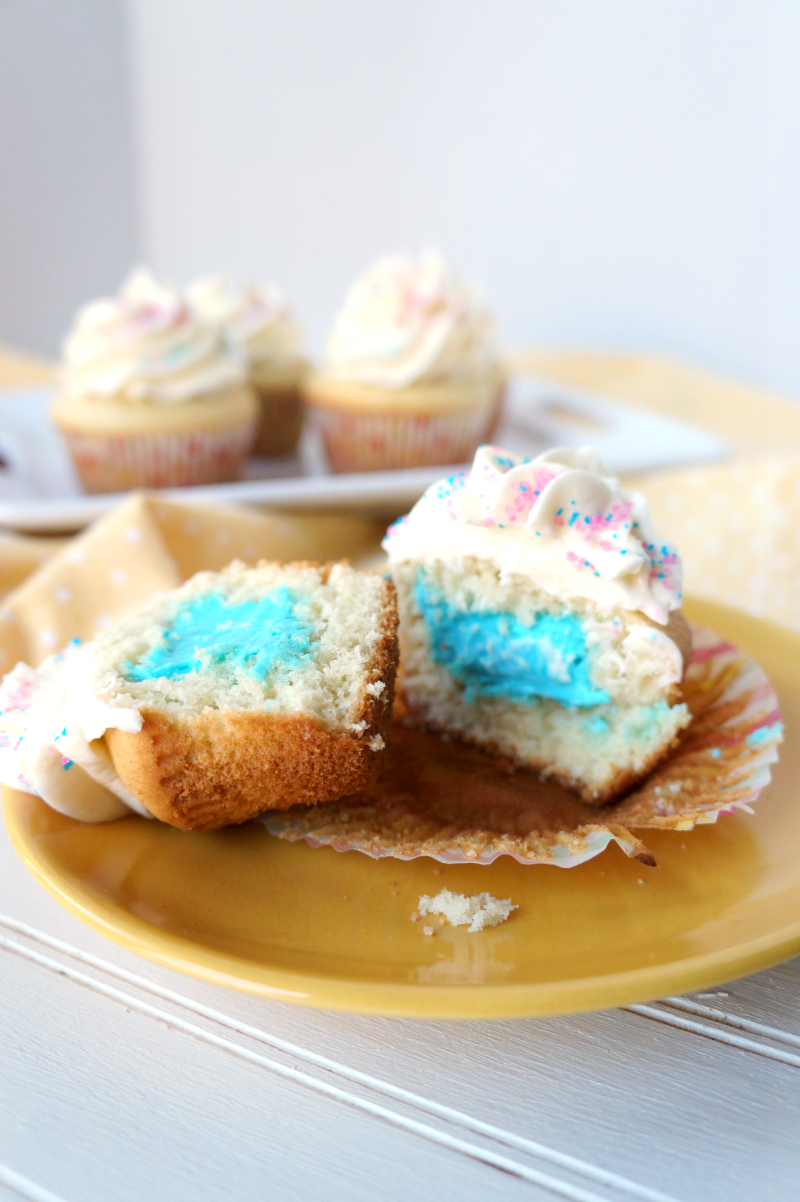 Surprise! It's a boy! I had personally guessed girl, and obviously I guessed wrong 😉 These were tons of fun, and they really aren't hard to make at home at all! The secret is a cupcake corer, which makes filling the cupcakes super fast and easy. I just whipped up some vanilla cupcakes, popped out the middle, filled it with some BLUE cream cheese frosting, popped the top of the cupcake back on it, and crowned the whole thing with a swirl of innocuously white frosting. The finishing touch were some pink and blue sugar crystals! 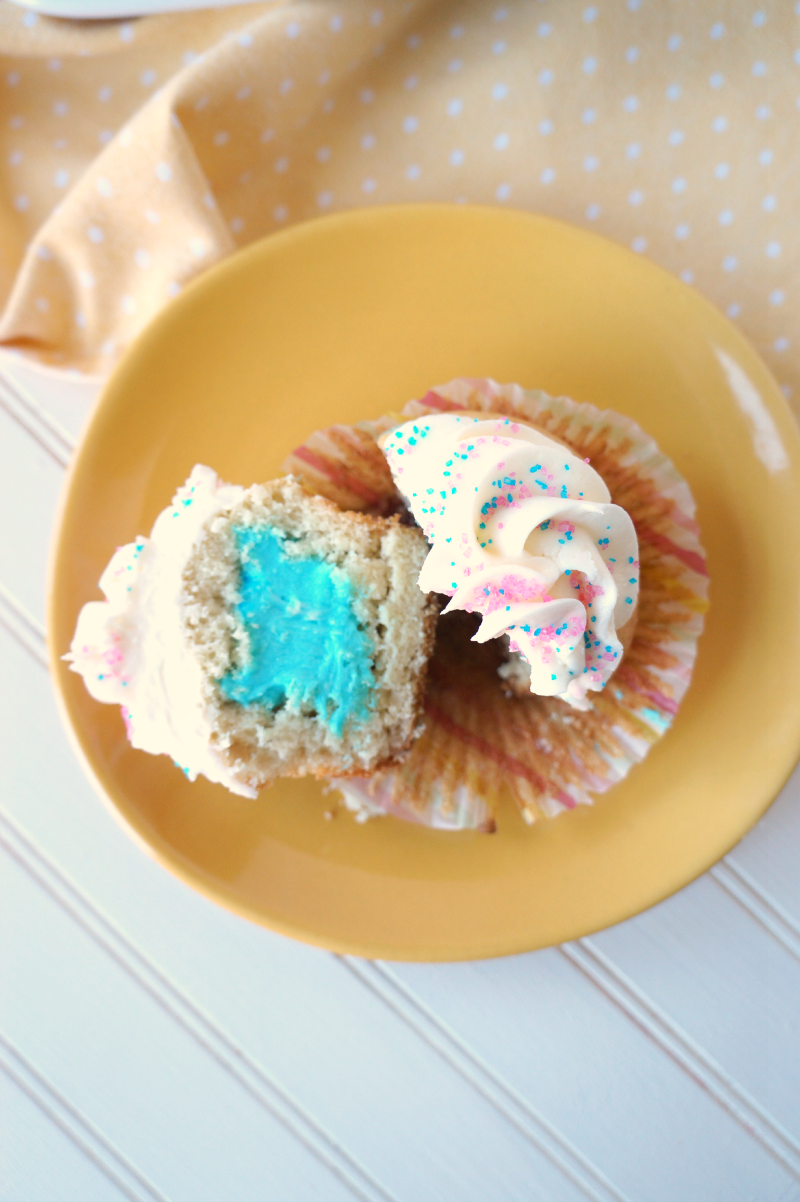 This was my first time using a cupcake corer, and to be honest I might have been a bit overzealous with the filling 😉 So note to self, maybe leave a little more cake in there next time. Haha! These are simply adorable, and the perfect surprise for a gender reveal! Happy baking! 🙂

{cupcake recipe from The Cupcake Project} 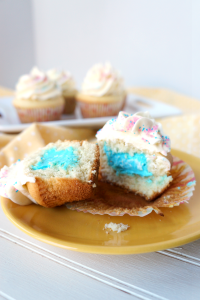