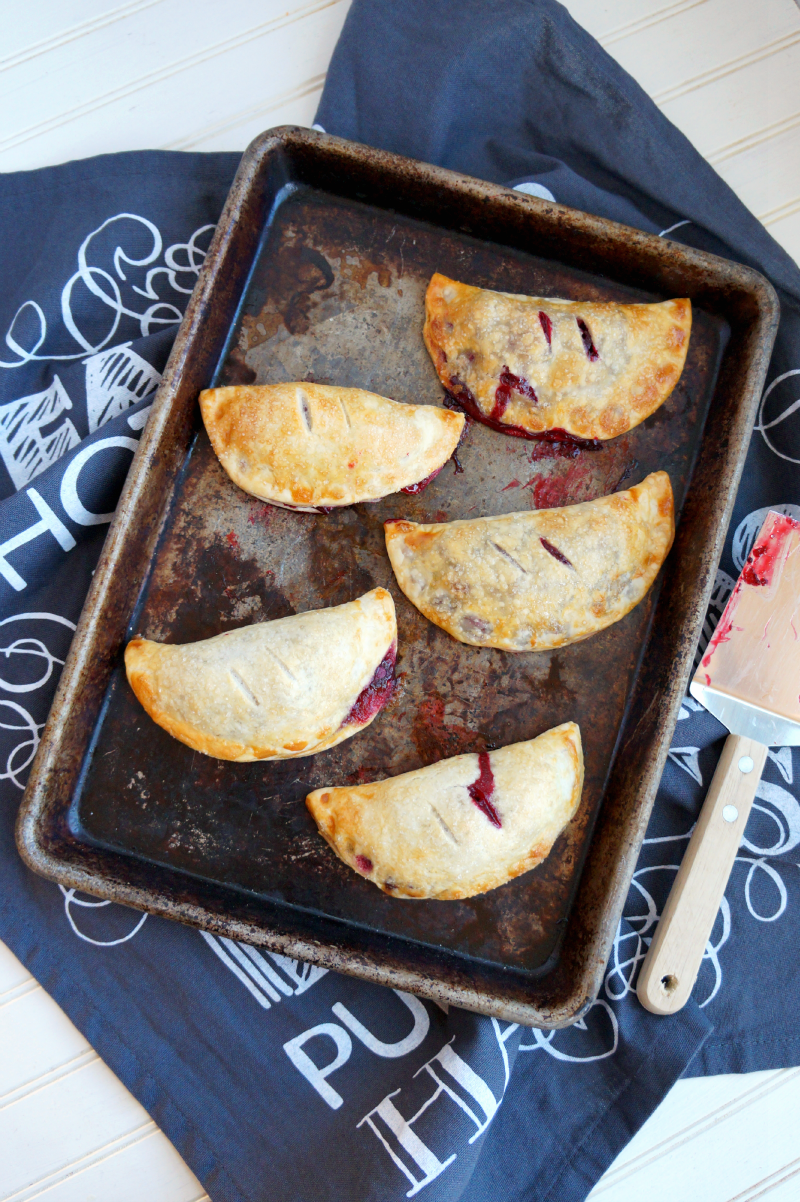 Hello, darlings! I hope everyone had a great Thanksgiving! And, well... since now Thanksgiving has passed... it means it's Christmas time! Sorry if I'm obnoxious, I just love Christmas so much and it's seriously my favorite time of the year. I'm sure everyone is still trying to recover from the ridiculous amounts of food consumed with family, but if you were hoping for a healthy recipe... sorry to disappoint. Today, I am sharing these adorable hand pies made with storebought pie dough and filled with the simplest mixture of fresh blackberries, sugar, and a smidge of lemon juice. Let me show you how it's done! 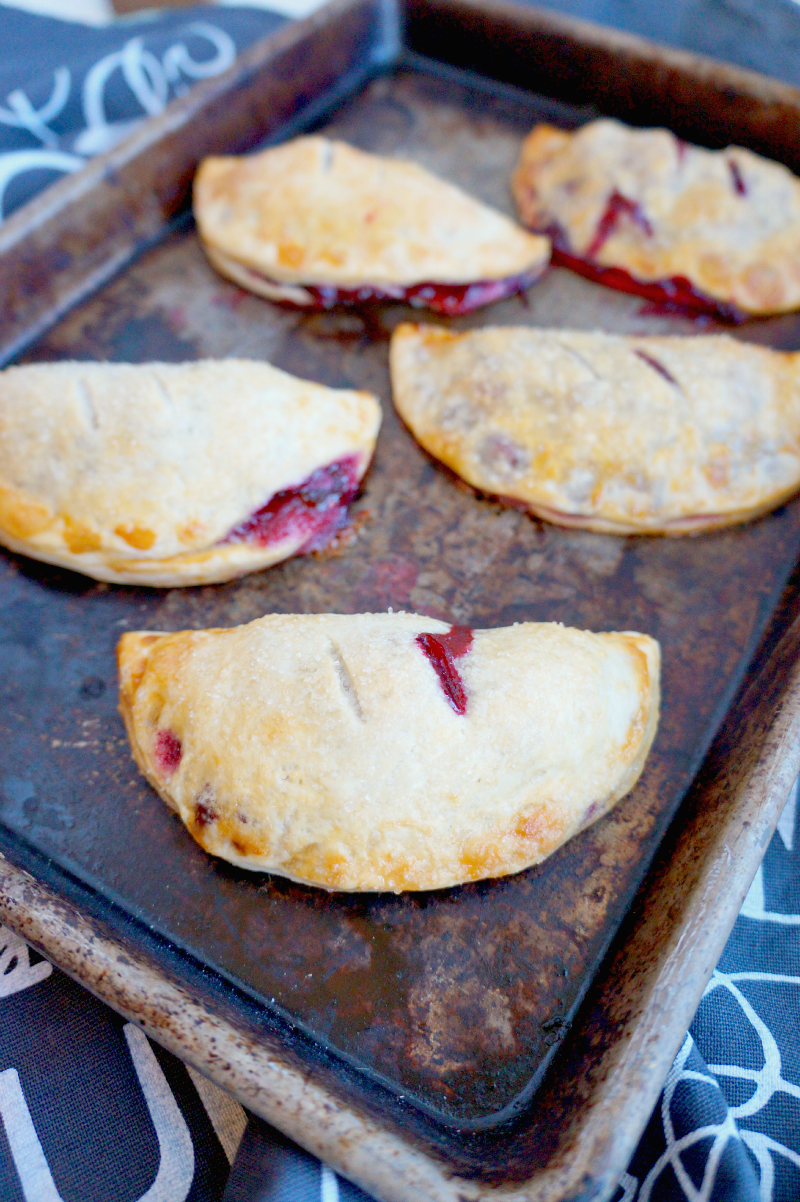 I want to say that I've talked about my mythical blogging notebook before. It's just a little notebook where I jot down literally every single recipe idea I ever think of. See something on tv? Writing it down. Facebook? Magazines? Grocery store freezer aisle? {hey, it happens}. It all goes in. The idea for hand pies had been in the notebook since last Christmas. Because, well, sometimes I come up with ideas in the entirely wrong season {sweet potato donuts in April, I'm looking at you}, and sometimes I just don't get to them in time. I was planning on making some chocolate-pecan hand pies, which might still happen honestly, but blackberries were on sale at $0.99 a container, so I took that as a sign that these needed to be berry hand pies! 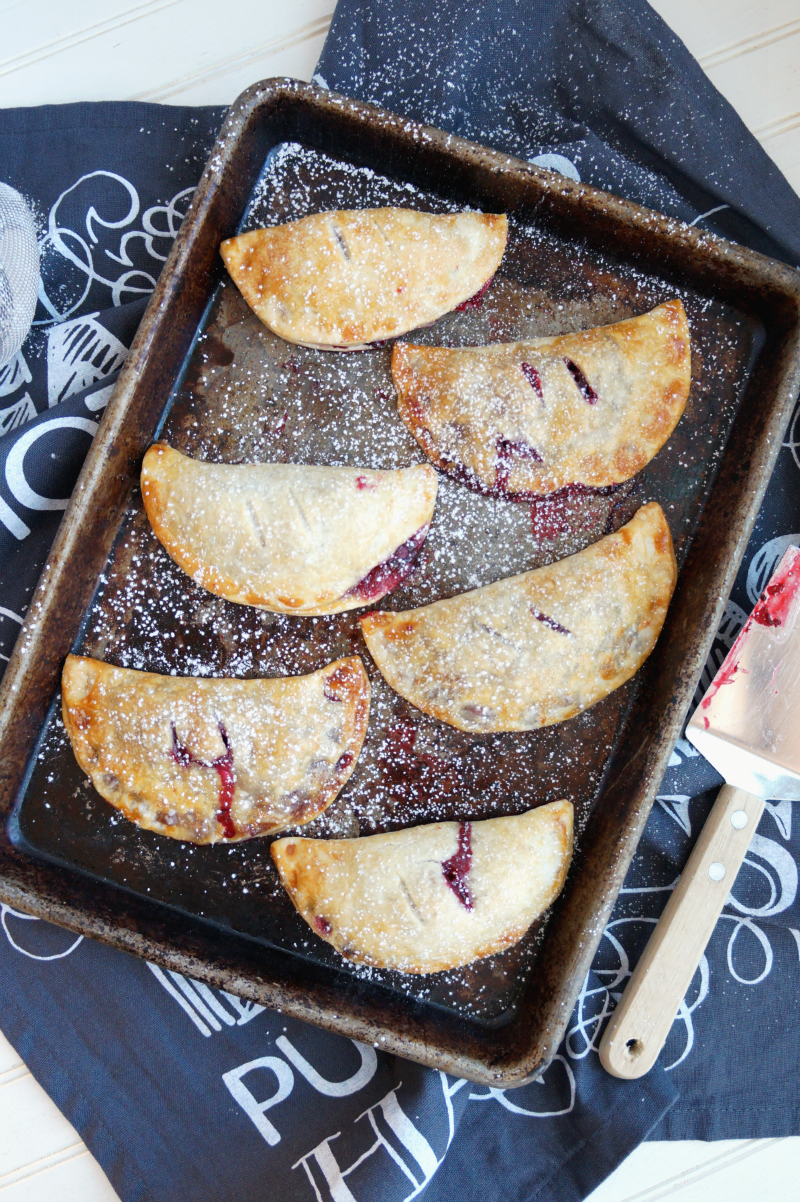 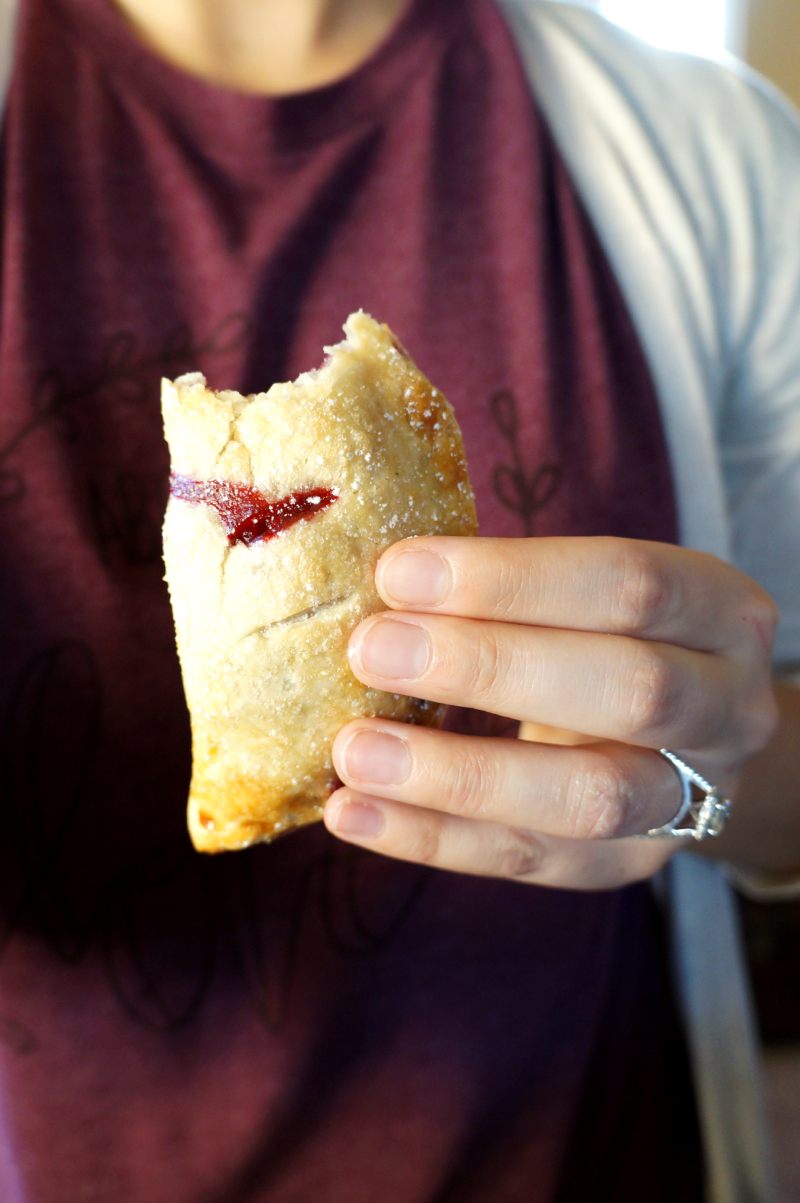 These little sweet treats are incredibly simple, but so yummy. You start by grabbing some refrigerated pie dough, and rolling it out just a bit thinner than it already is. Keep in mind not to make it too thin, however, or your pies will turn into all kinds of crispy, crunchy messes. You can see the difference if you look carefully at the picture of the pan of pies! But, well, if crispy pie dough is what you like, I say go for it! ANYWAYS. You roll out the dough and cut it into circles. Then for the filling, you toss together fresh blackberries, sugar, cinnamon, lemon juice, and just a bit of flour to thicken things up. Fill the circles of dough with the blackberry mixture, seal them up into half-moons, cut little steam-slits on top of the pies, brush the top with beaten egg, and sprinkle with a little sugar. Then pop them in the oven, and you will be rewarded with perfect little hand pies in no time! 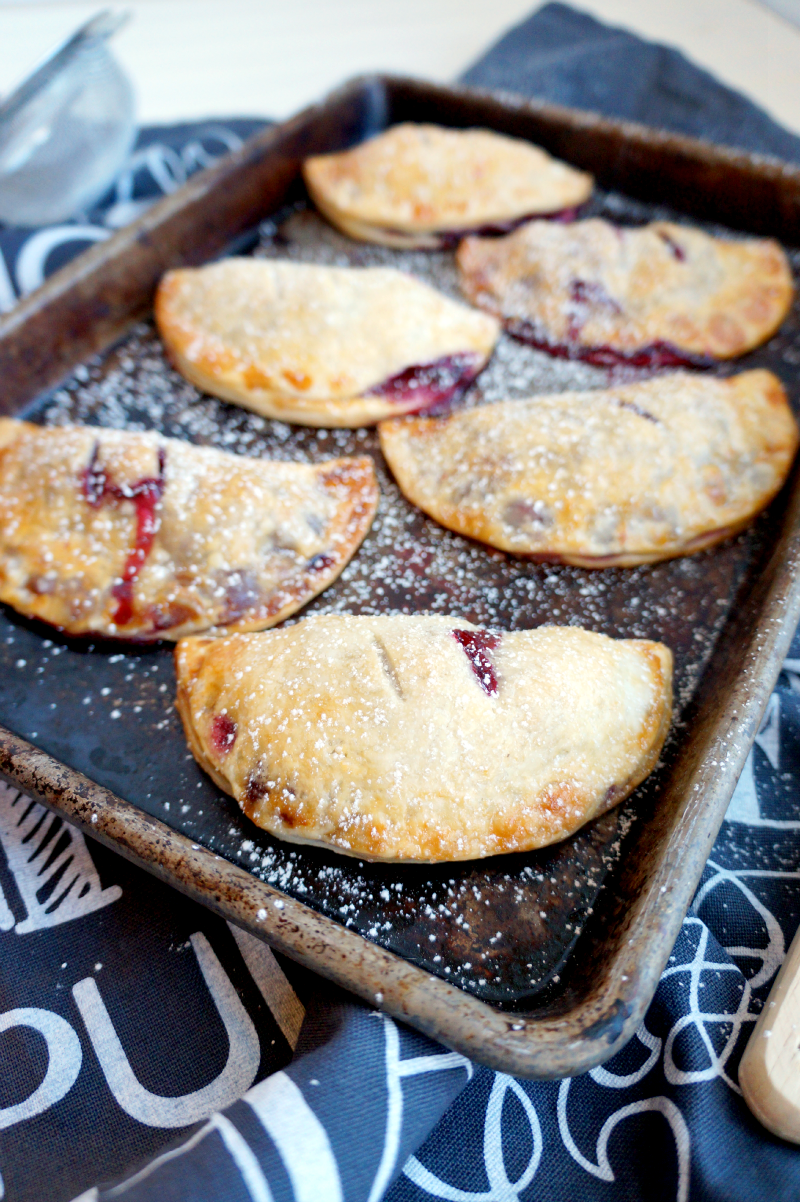 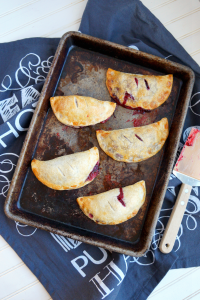