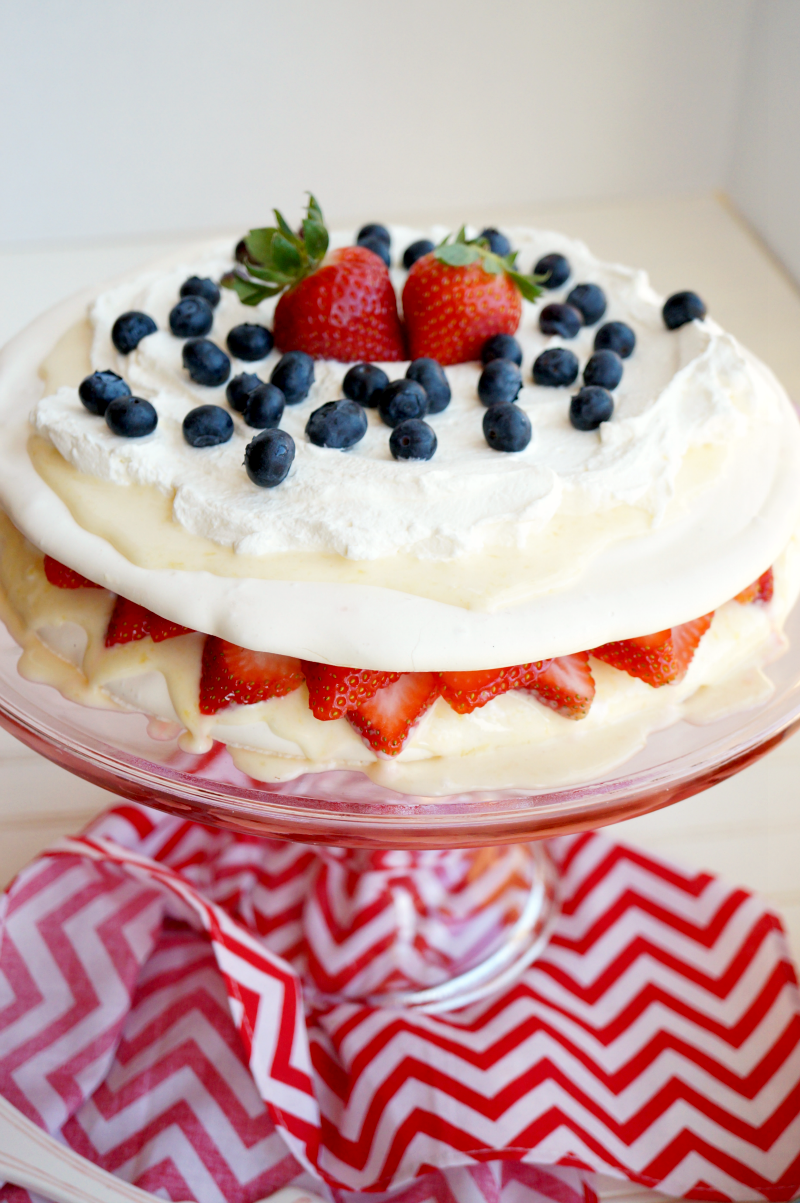 I consider January the most infamous of the diet months, with everyone full of hope and determination to fulfill the resolutions they just made. I, myself, am one of those people, but that doesn’t mean I can’t share dessert 😉 Besides, I made this before I officially started my diet, so it doesn’t count, right? This is a ridiculously delicious meringue cake that is filled with {homemade} lemon curd, freshly whipped cream, and heaps of juicy berries. As far as desserts go, you could definitely do worse! This probably doesn’t fit in your diet, but well… almost. 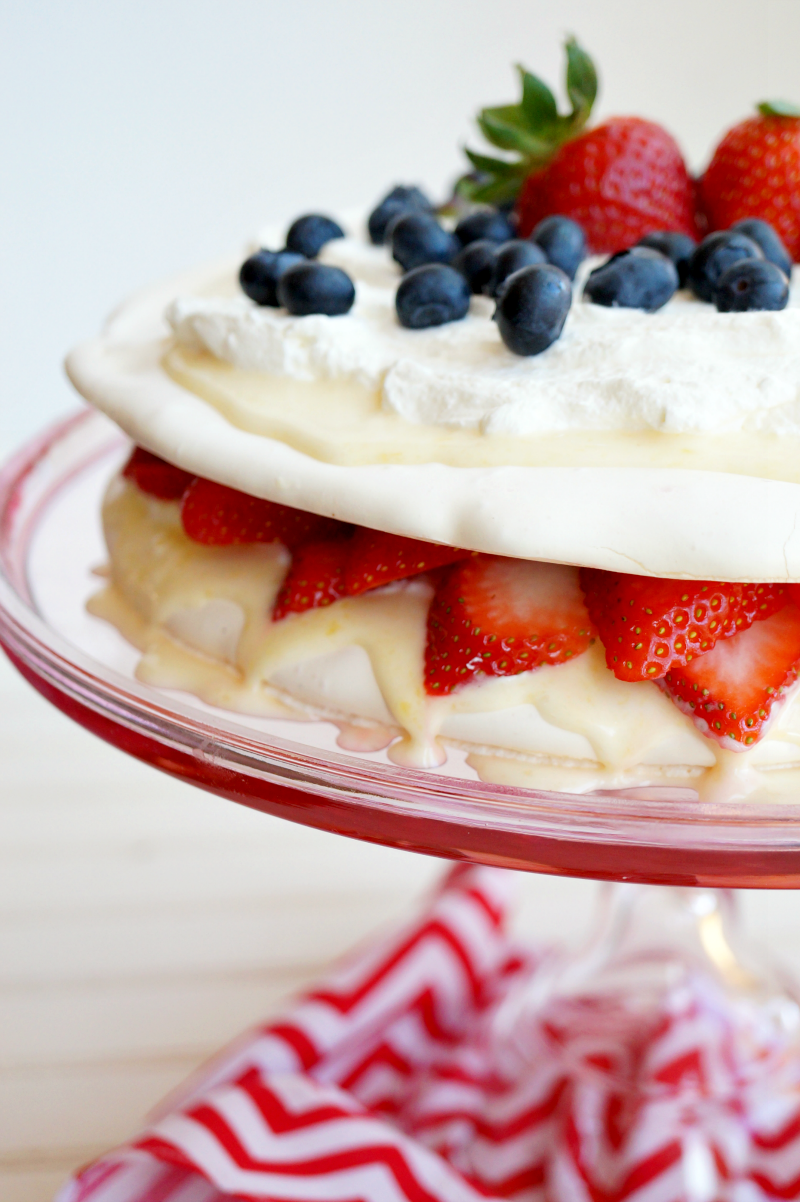 You start by making some easy peasy meringue with egg whites, powdered sugar, and a hint of lemon juice and vanilla bean. You split the batter in half and make two disks… and this is now your cake. See how that works? When comparing standard cake layers and meringue cake layers, obviously the meringue is a lot lower in calories and is virtually fat free and lower in carbs. Gluten-free too, if you want to be that picky! Obviously, no dessert will be good for you, but I’d go out on a limb and say this is at least a smidge better for you than regular cake. Right? Right. A for effort. 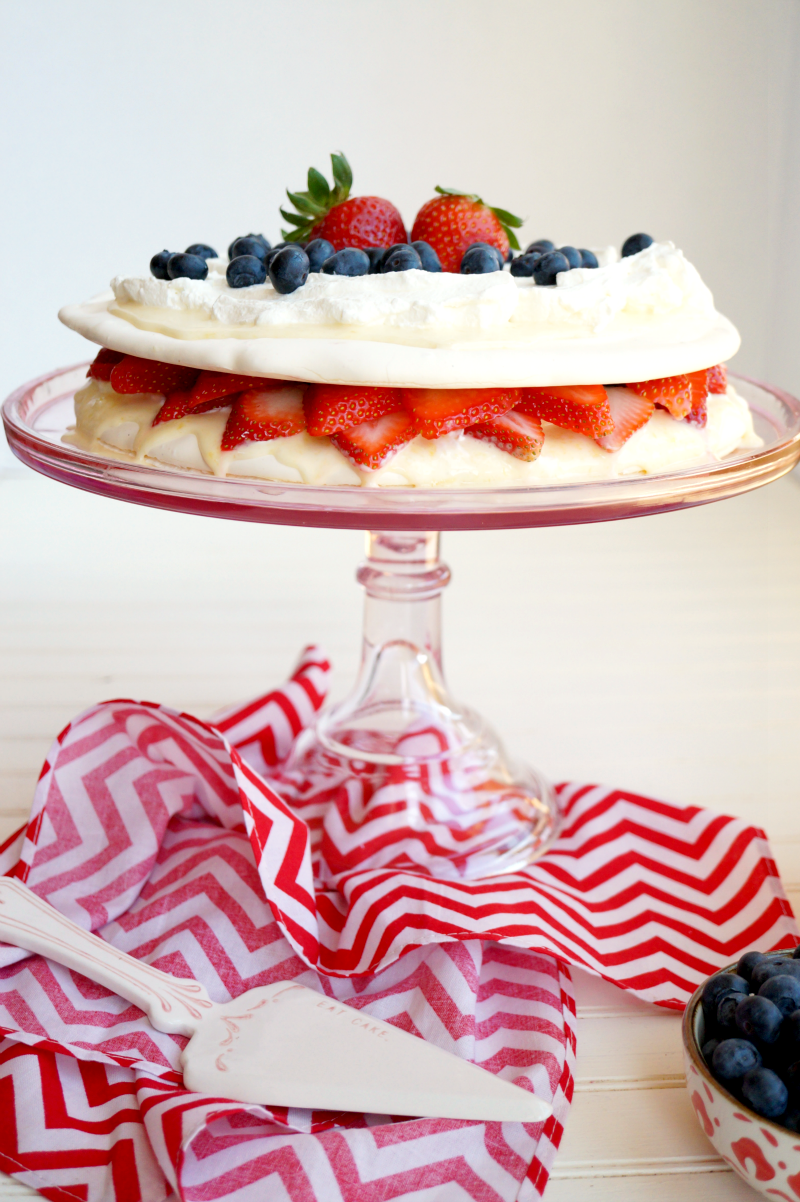 I had some lemon curd left from the whale baby shower cake so I decided to use it, but to be completely honest you could put whatever you wanted in here and it would be delicious! The obvious pairing with the zesty lemon curd was softly whipped, unsweetened cream, and fresh berries. Absolutely delicious, and surprisingly light and airy! Not sweetening the whipped cream was a good call, since the meringue and the lemon curd are both quite sugary. The cream works to cut a bit of that cloying sweetness and helps balance out the indulgence a bit! 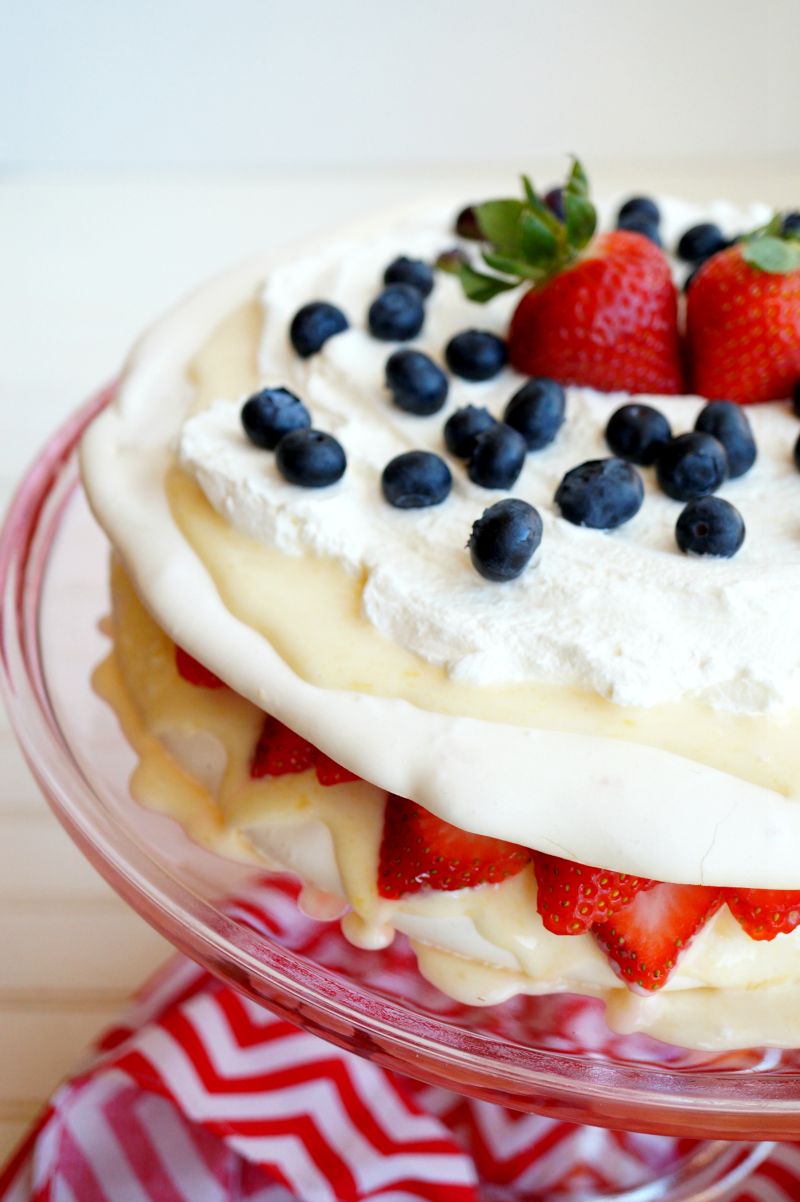 The only thing I would do differently next time, if only for the visual appeal, is to make more meringue disks and make a taller cake! But be duly warned that this is fairly impossible to slice as-is, so definitely use caution 😉 and don’t expect any slice of meringue cake to look better than a messy heap! A deliciously messy heap, that is.

Find the recipe for the Lemon Curd HERE!