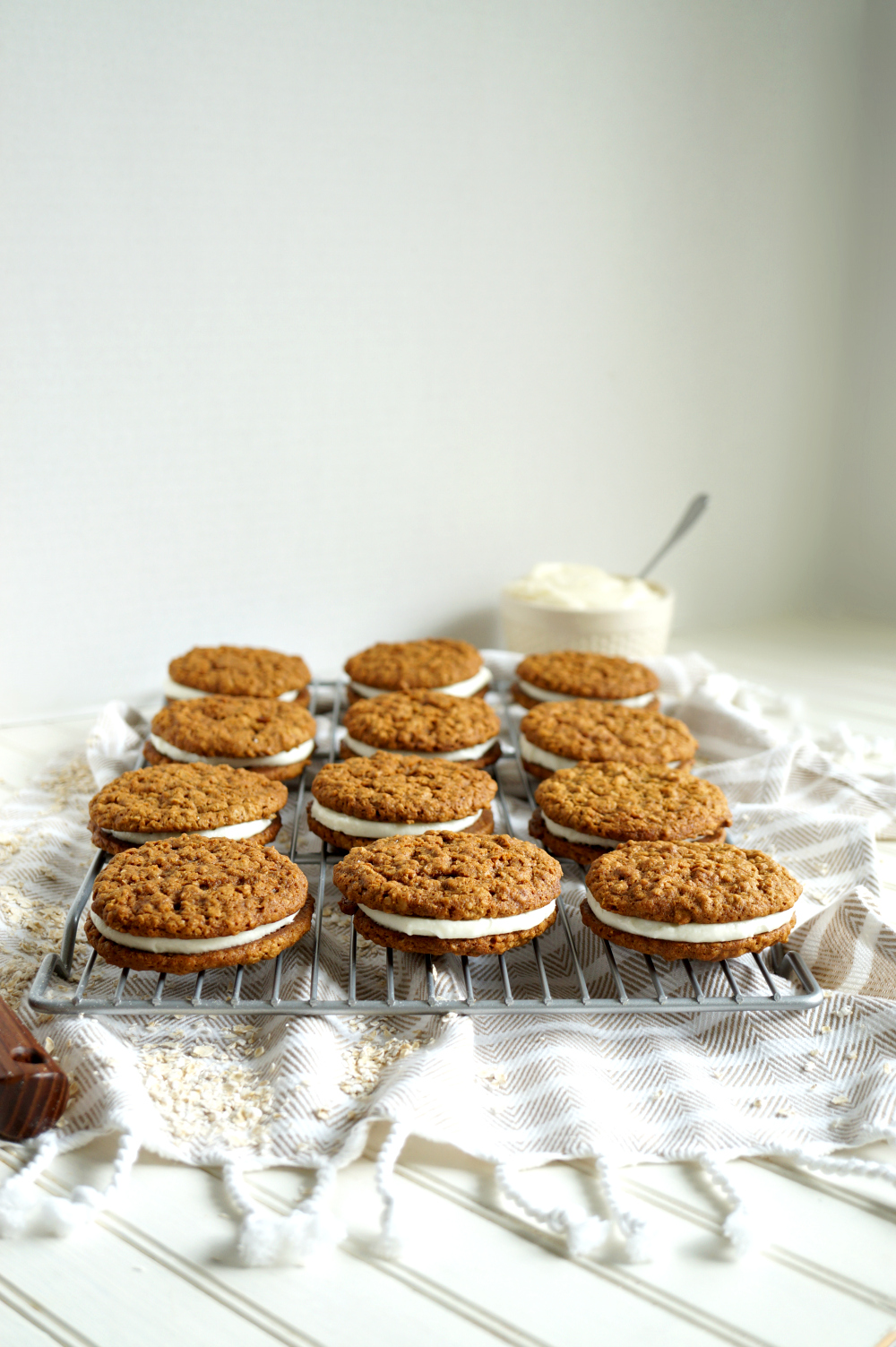 Hello, invisible internet friends, and happy Friday! I am so excited to be continuing my #ThrowbackTreats mini-series today with these incredible Vegan Oatmeal Creme Pies! In case you missed it, my first installment was these insane Cosmic Brownies. When I opened the floor on my IG stories, TONSSS of you asked for a homemade/vegan version of the classic oatmeal creme pies, and I am so pumped to be sharing the recipe today. These are soft, sweet, and that pillowy creme in the middle is just heavenly. Not to flatter myself, but I totally nailed these. And now you get to reap the rewards! 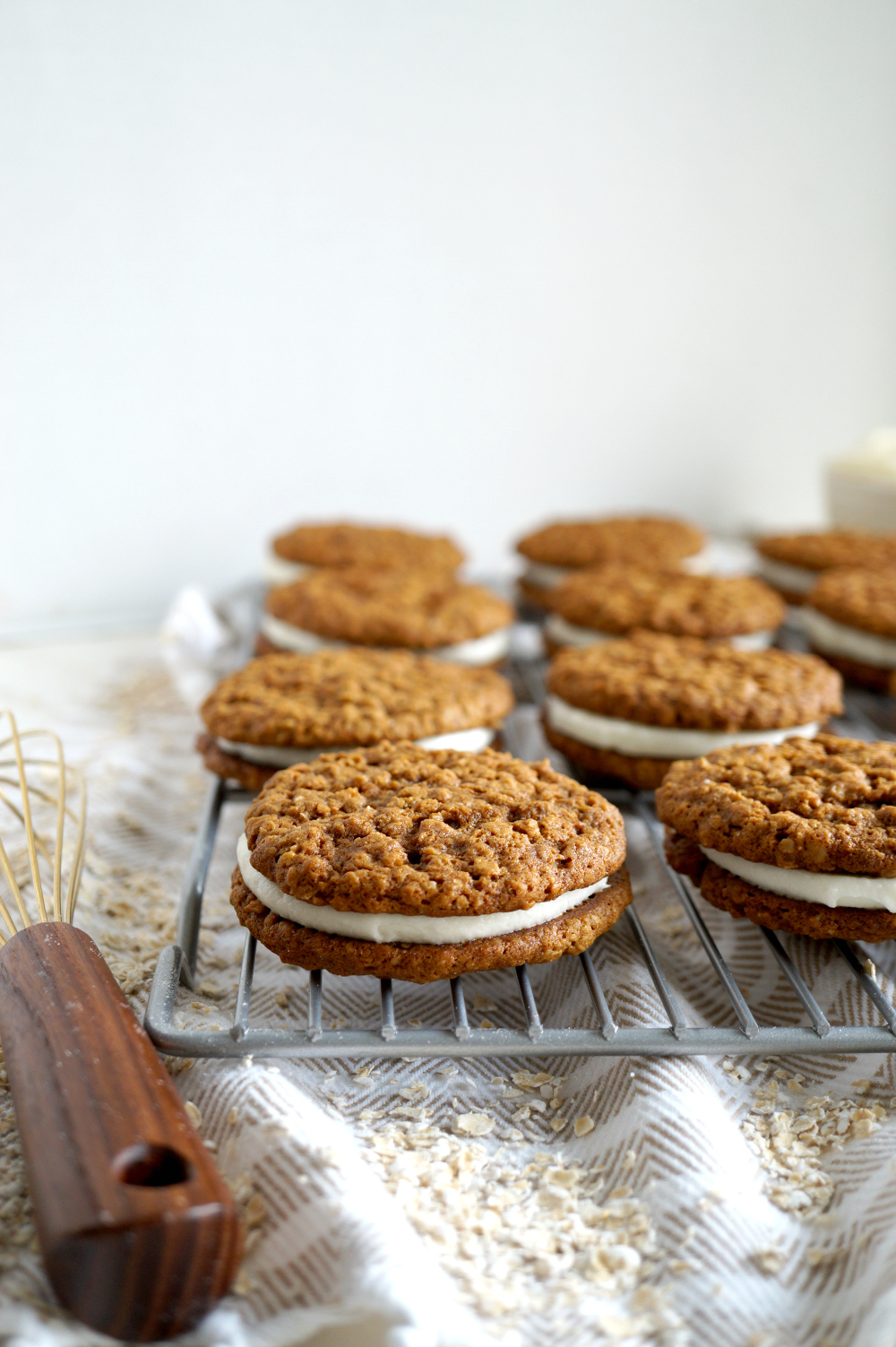 I have to confess that I haven't eaten a real Oatmeal Creme Pie in probably... hmm... 10 years at least, so I can't say these taste just like the originals. But I did some research and poked around on the Internet both on the Little Debbie website and on other people's homemade versions. I made a few conclusions - the cookies had to have oatmeal, but still had to be soft and squishy; they had to have cinnamon and molasses; and the creme had to be a perfectly neutral vanilla buttercream that would complement the oatmeal spice without overpowering it. I saw some versions add coconut as well, but I couldn't recall the original having coconut so I skipped it. The end result is these tender, slightly sticky oatmeal-molasses-brown sugar cookies that stay soft for DAYS with the most delightful dollop of cream in the middle. Perfection! 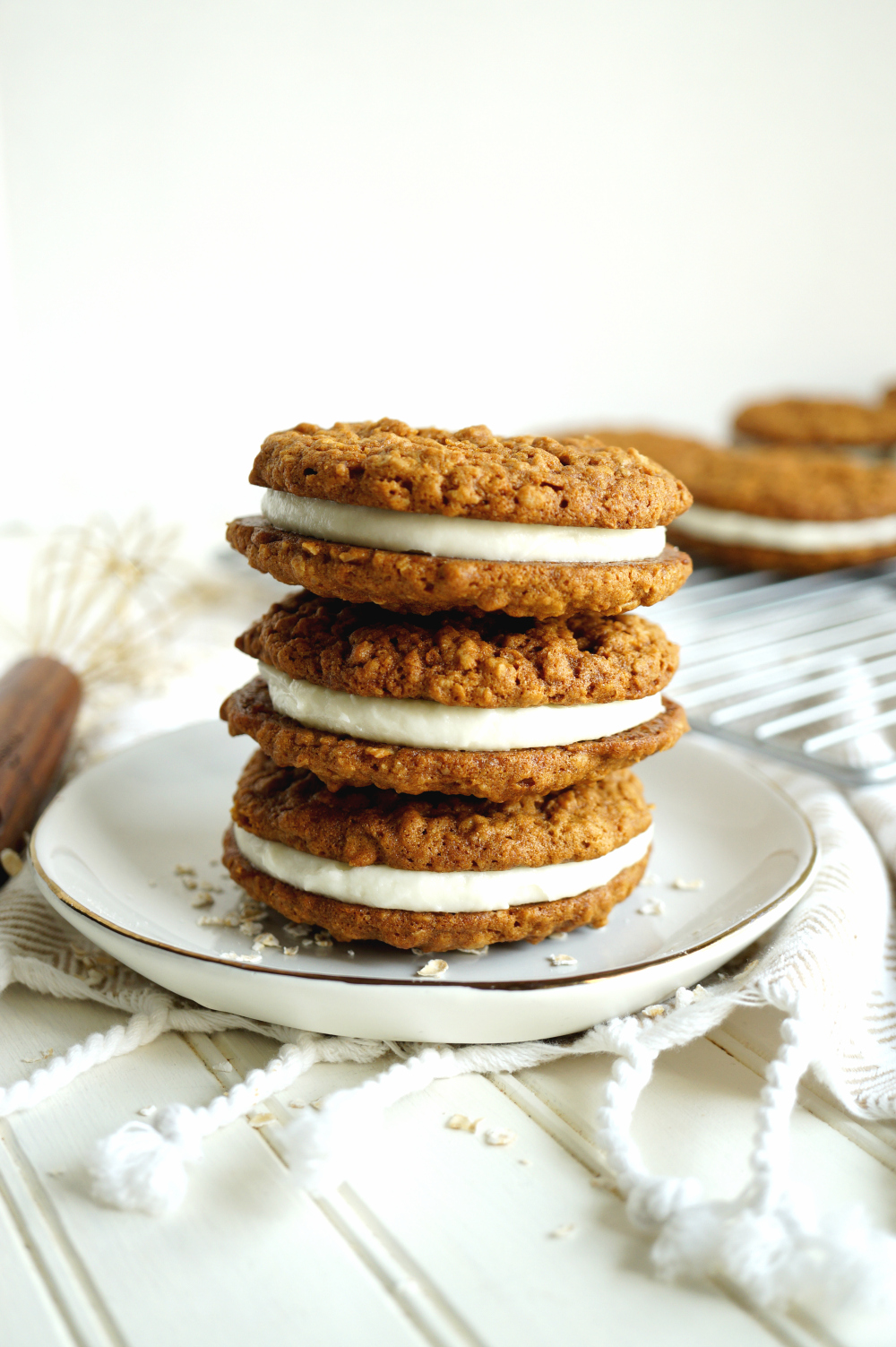 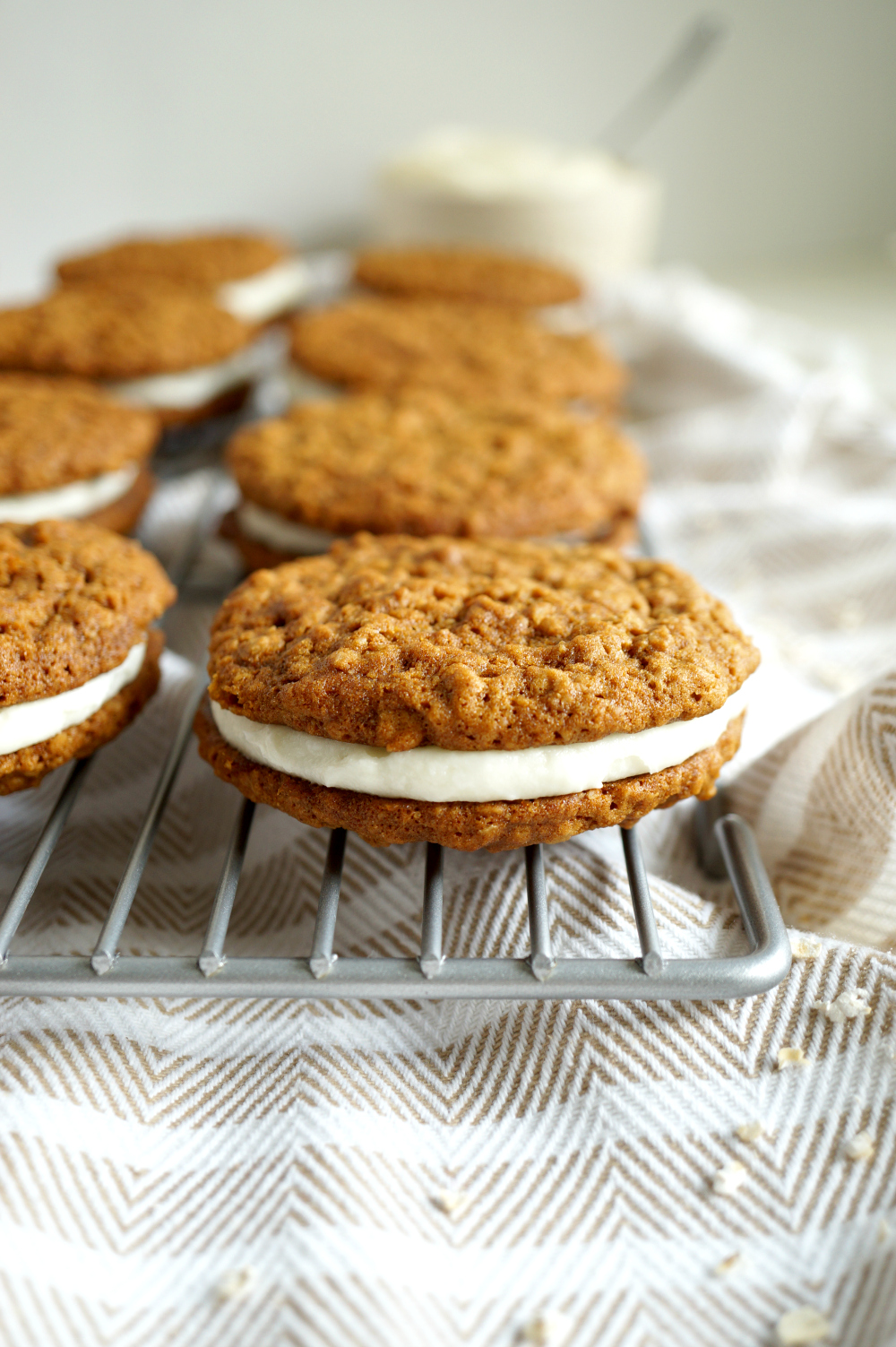 As you guys know, I am somewhat of a sneaky vegan... that is, I like to just give food to my family/friends/co-workers and not tell them it's vegan. Makes for a more honest reaction that way! And my co-workers LOVED these oatmeal creme pies so much! They were super bummed that I only brought eight (but the whole batch only makes like 12-13 sandwiches so I couldn't bring that many!) and they raved about how good they were. Nobody had the faintest clue they were vegan until I told them afterwards. So in today's edition of "Anything you can do, I can do vegan".... I'm still killin it 😉 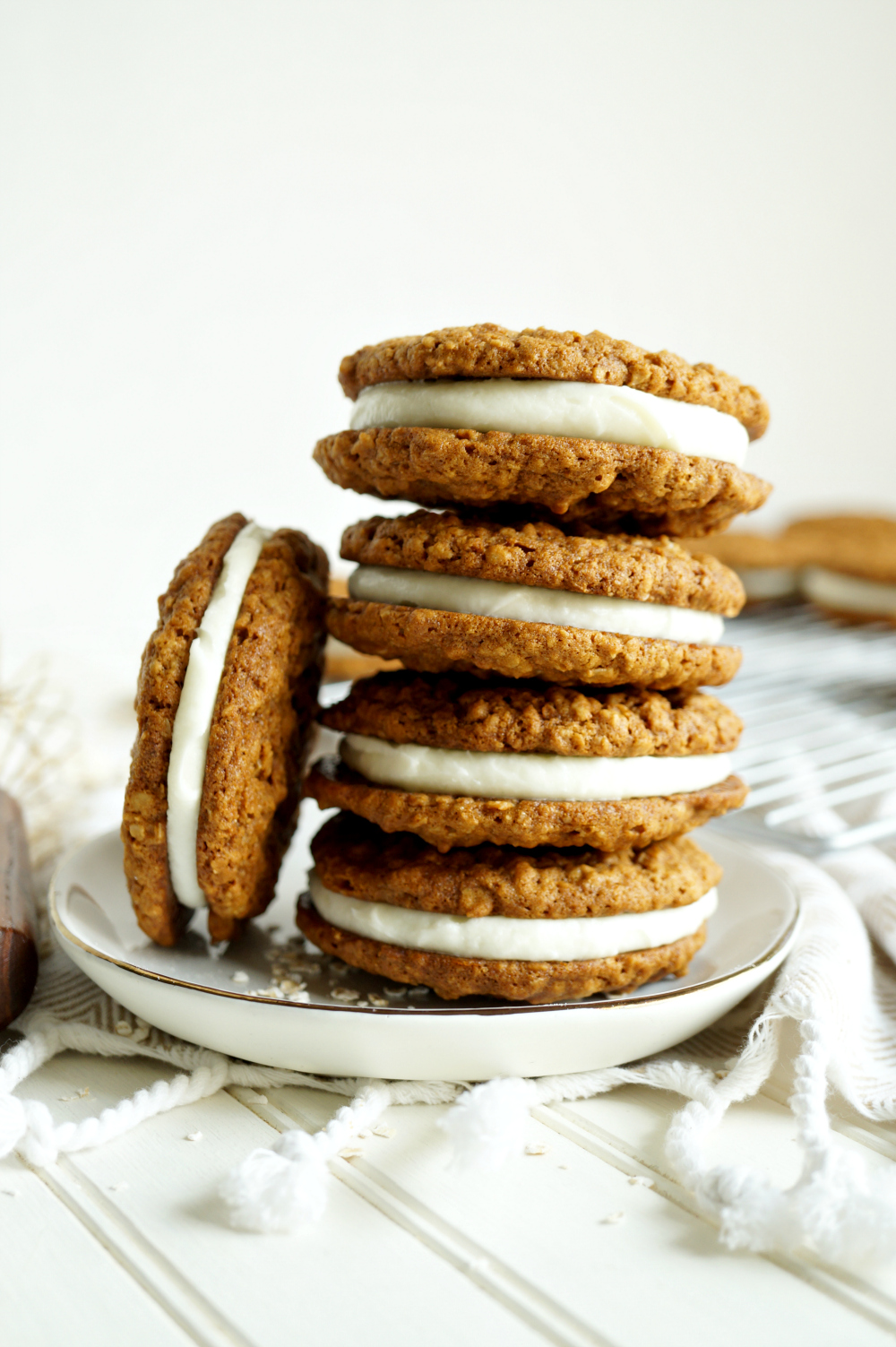 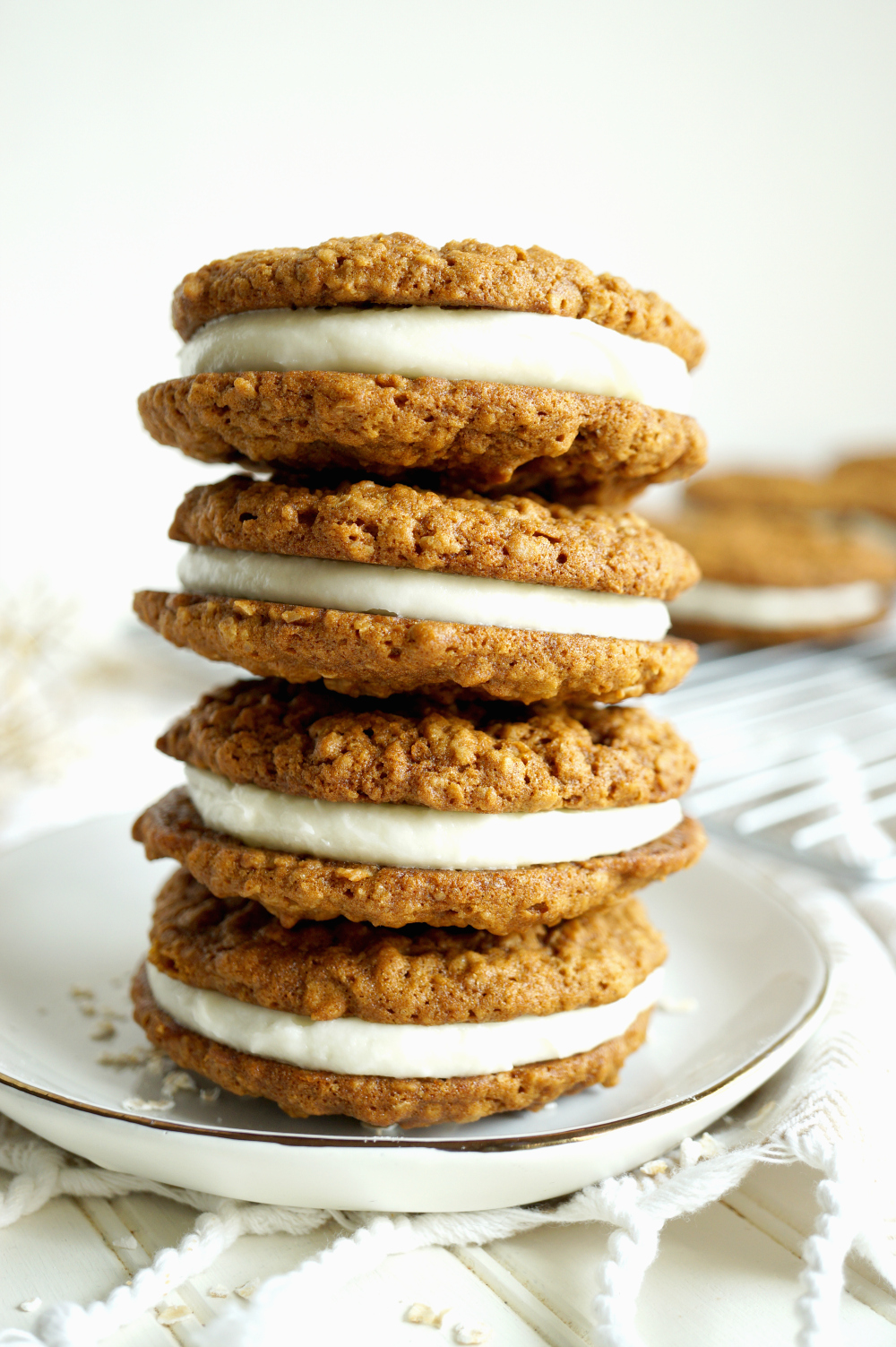 I hope you guys will give these vegan oatmeal creme pies a try for a taste of nostalgia! Soft, pillowy, and perfectly spiced. You'll become obsessed!

What Throwback Treat would you like to see next? Leave me a comment and let me know!