×
You are here: Home / Recipes / Side Dishes / vegan sourdough stuffing with mushrooms, sausage, and swiss chard 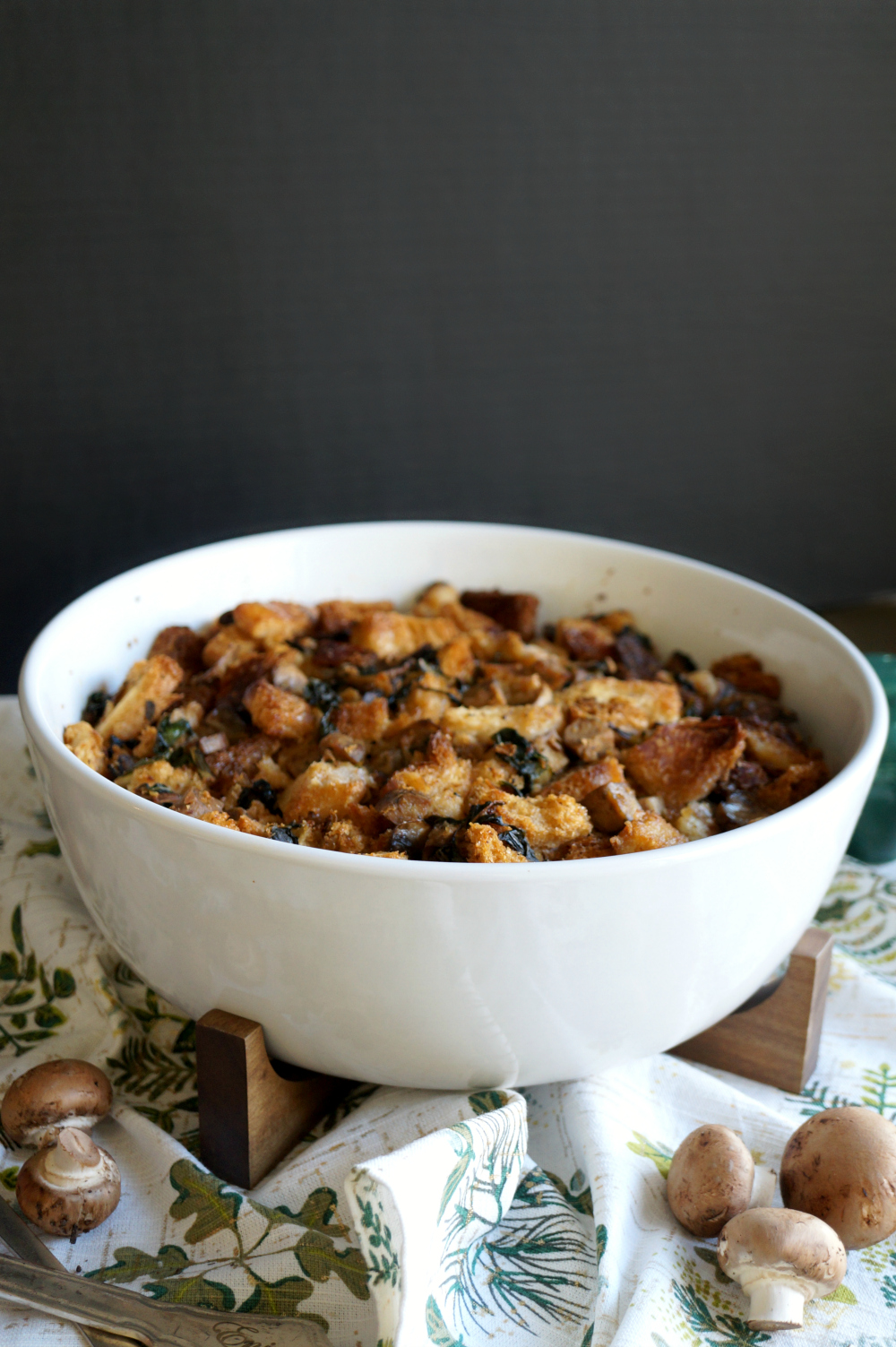 Hi friends and happy Monday! I can't believe Thanksgiving is less than three weeks away... eep! I'll be working on Thanksgiving day, but I feel like time is already flying by and I have so many recipes I want to make and share with you guys. I put a poll on my Instagram stories a few weeks ago and asked what kind of vegan Thanksgiving recipes y'all were looking for. The most popular request by far was STUFFING so... ask and you shall receive! This Vegan Sourdough Stuffing with Mushrooms, Sausage, and Swiss Chard is so flavorful and perfect for the holidays. Toasty sourdough bread cubes are tossed with sautéed mushrooms, vegan Italian "sausage" and wilted Swiss chard, and baked to perfection. Major yum. Let's make it!

As with most Thanksgiving dishes, I don't really have any family recipes or traditions to pull from since my family is Italian. We moved to the US when I was 10 but we've never really celebrated the traditional way! This is pretty fun for me as a blogger though, because it allows me to just experiment and make things up on a whim 🙂 For this vegan sourdough stuffing, I wanted to do something special and out of the ordinary. There are enough veganized classic stuffing recipes out there, so where's the fun in making something that other people have already done?! I decided to add mushrooms because they are my favorite, and Swiss chard as a yummy pop of flavor. They really are one of my fav leafy greens if you're not familiar with them! The sausage was almost an afterthought, but I tasted the stuffing and I felt like it still needed a little something extra. Tiny cubes of Italian sausage were the perfect finishing touch! 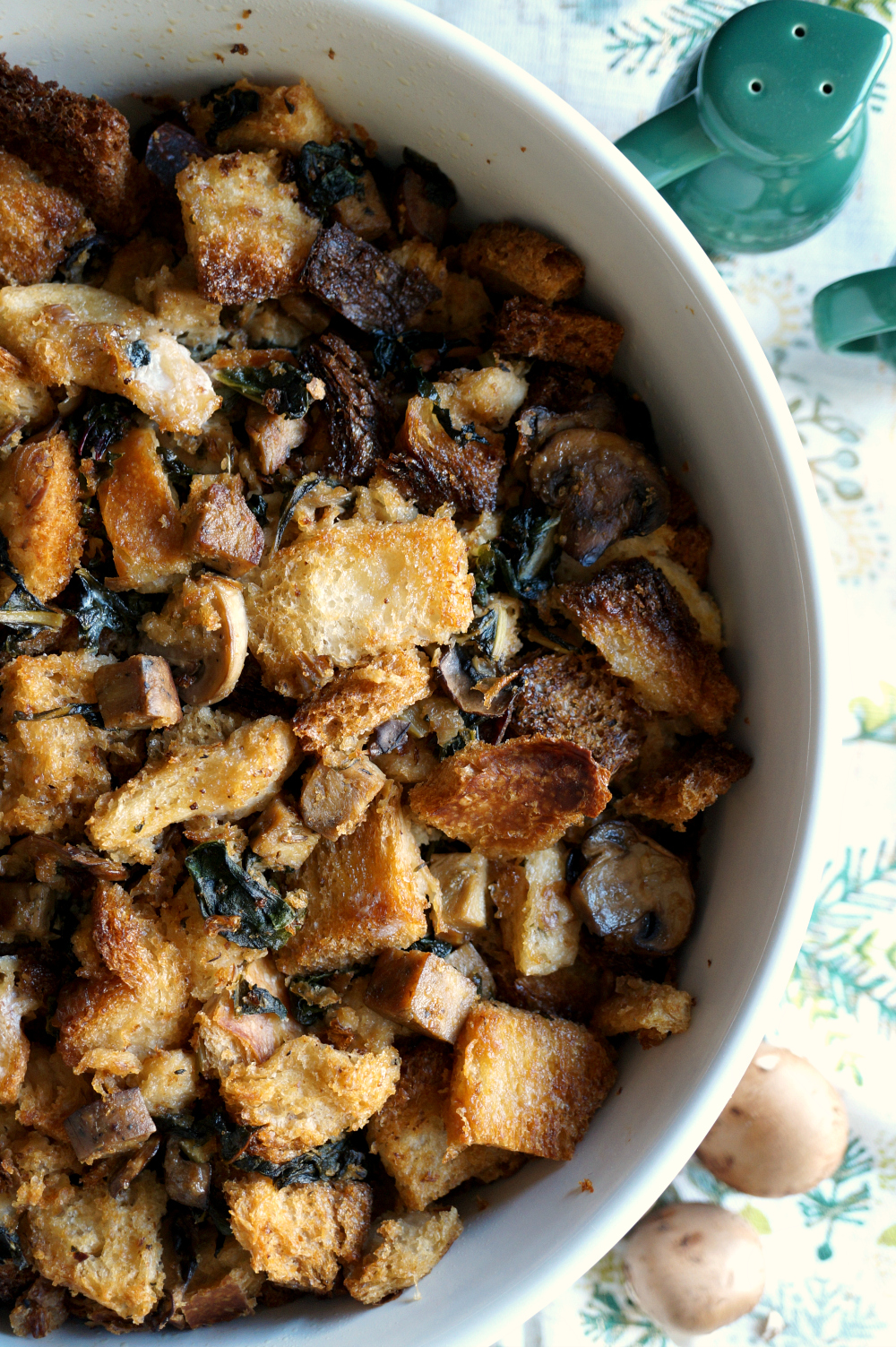 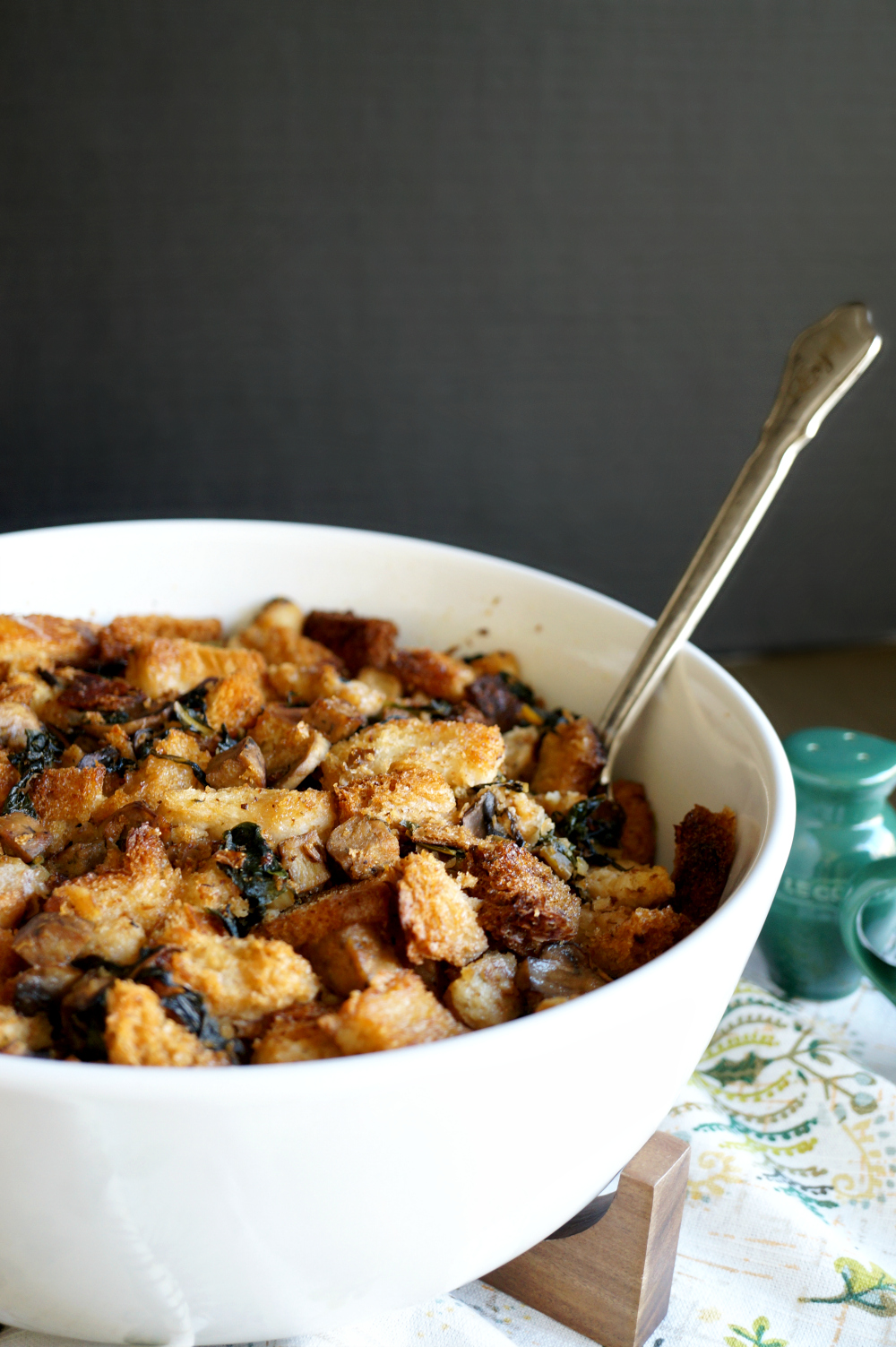 I feel like I've already made so many Thanksgiving sides over the years already that coming up with new stuff is almost impossible! ???? I veganized a lot of the classics last year, including mashed sweet potatoes, green bean casserole, and broccoli "cheese" casserole. In the pipeline for this year are traditional mashed potatoes (you guys already got a sneak peek on my IG stories!), cornbread, and creamed corn. As well as some desserts and cocktails, too! What is your favorite Thanksgiving side that you'd like to see?! 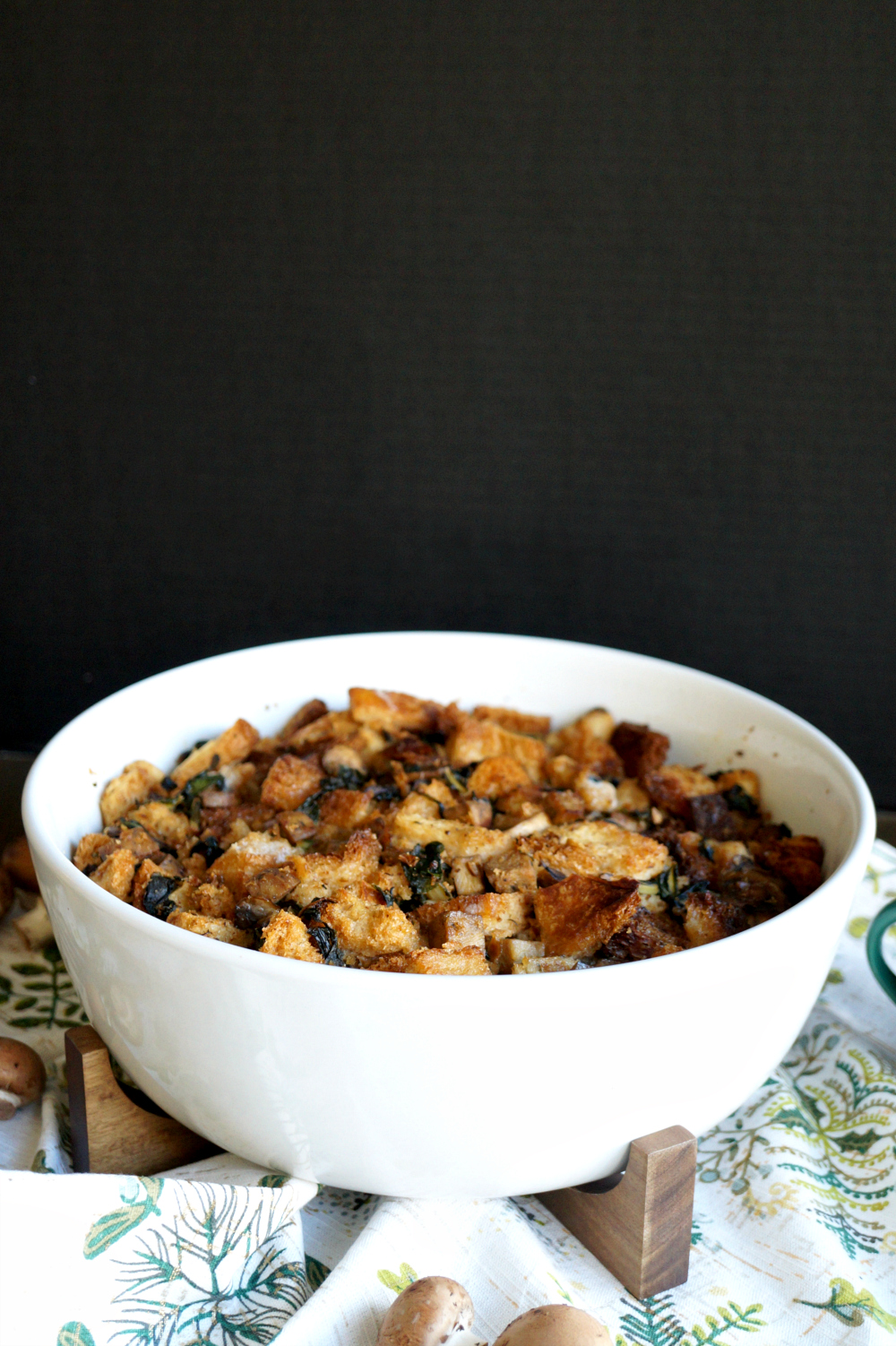 I hope you guys will give this vegan sourdough stuffing a try! It's perfect for Thanksgiving of course, but even for Friendsgiving or really any November dinner. Cause who isn't in that Thanksgiving state of mind all month long anyway? ????

More of my favorite Thanksgiving sides:

P.S. This "Oven To Table" Serving Bowl from Crate & Barrel was one of my favorite wedding gifts and it is perfect for casseroles and pasta bakes! It comes with the wooden stand to serve it on and it is just so pretty.