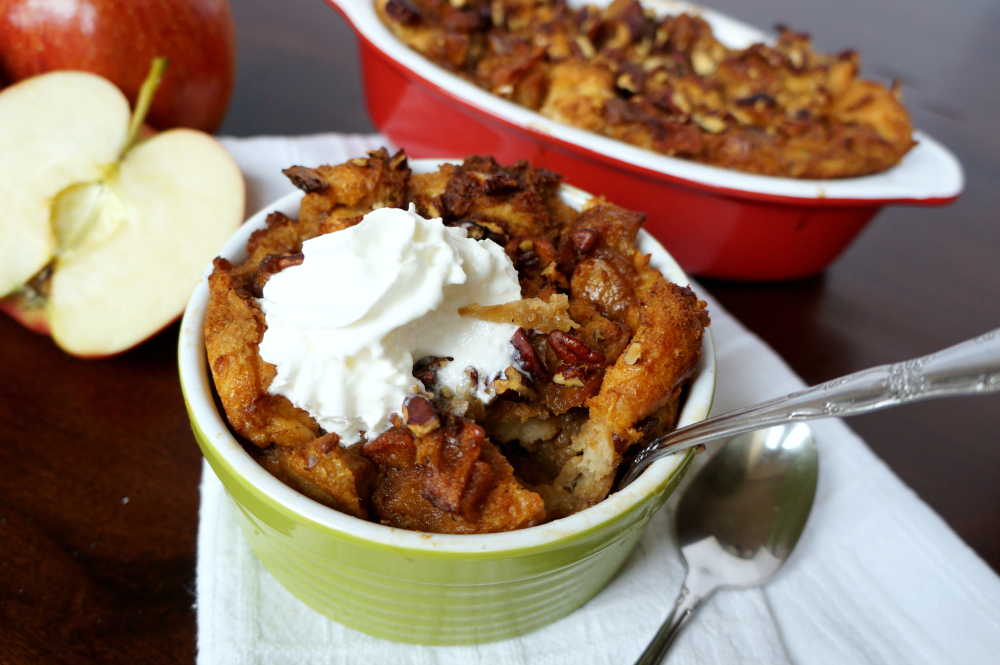 You might have noticed by now that I have a thing with making food inspired by apple pie that isn't actually apple pie. Like apple pie waffles, apple pie rugelach, and crustless apple pie {aka really, really good applesauce}. And now, I've made you Apple Pie Bread Pudding. Truth be told, I don't think I've ever even made actual apple pie, but I just love making things with caramelized apples and cinnamon and pecans and all of that pie-inspired goodness. This bread pudding is incredibly rich and delicious, and it combines a soft, creamy bread pudding base with chunks of buttery apples, toasted pecans, and a healthy sprinkle of apple pie spice. Topped with whipped cream, this is nothing short of cozy perfection. Don't remind me that we're halfway to April, the weather is crap and I demand cozy food NOW. 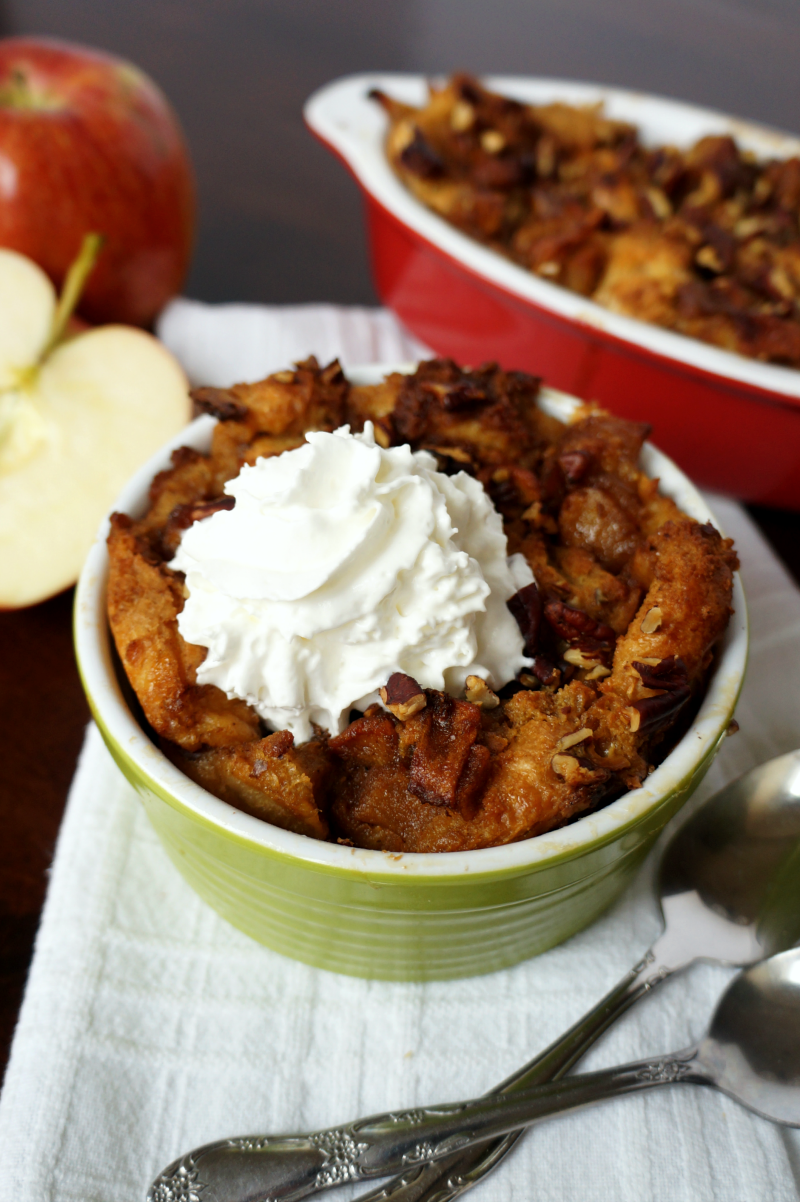 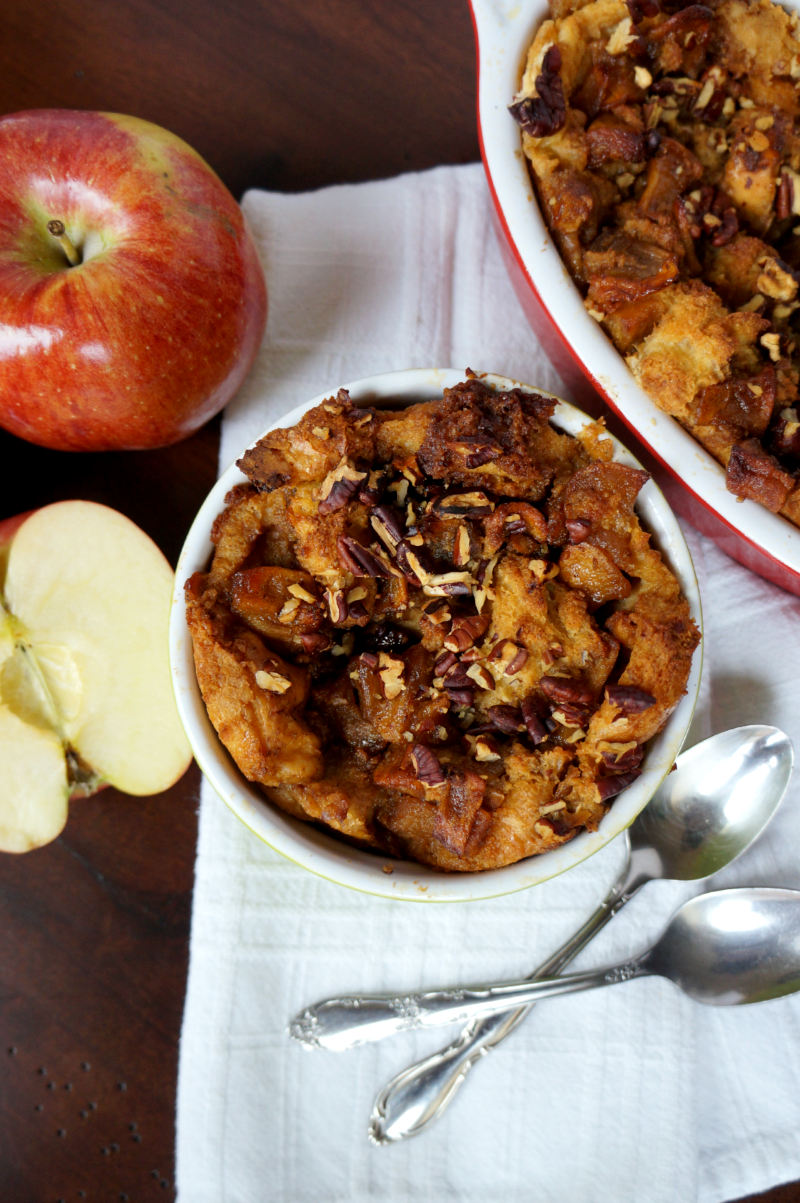 I know that both apples and bread pudding are typically fall or winter foods, but like I said it's mid-March and it still hasn't gotten warm. I think my body has given up on ever coming out of hibernation so, well, there's nothing wrong with some cold weather food in my opinion. Bread pudding is one of those ridiculously easy desserts that is stupid-simple to make, almost impossible to mess up, and can be customized super easily! I've made a tiramisu version before, as well as one with chocolate and caramel, and one with chocolate chips and almonds. I decided to step away from the chocolate for once, and the addition of apples and pecans is seriously perfect in here! Caramelizing the apples is a tiny bit time consuming, but most of the time is hands-off, and the flavor payoff is definitely worth it. Think of buttery, velvety, melt-in-your-mouth apples coated with brown sugar and a dash of cinnamon spice, hiding in a perfectly soft and creamy bread pudding, and topped with toasted, rich pecans. Ahhh. I wish I had some now... 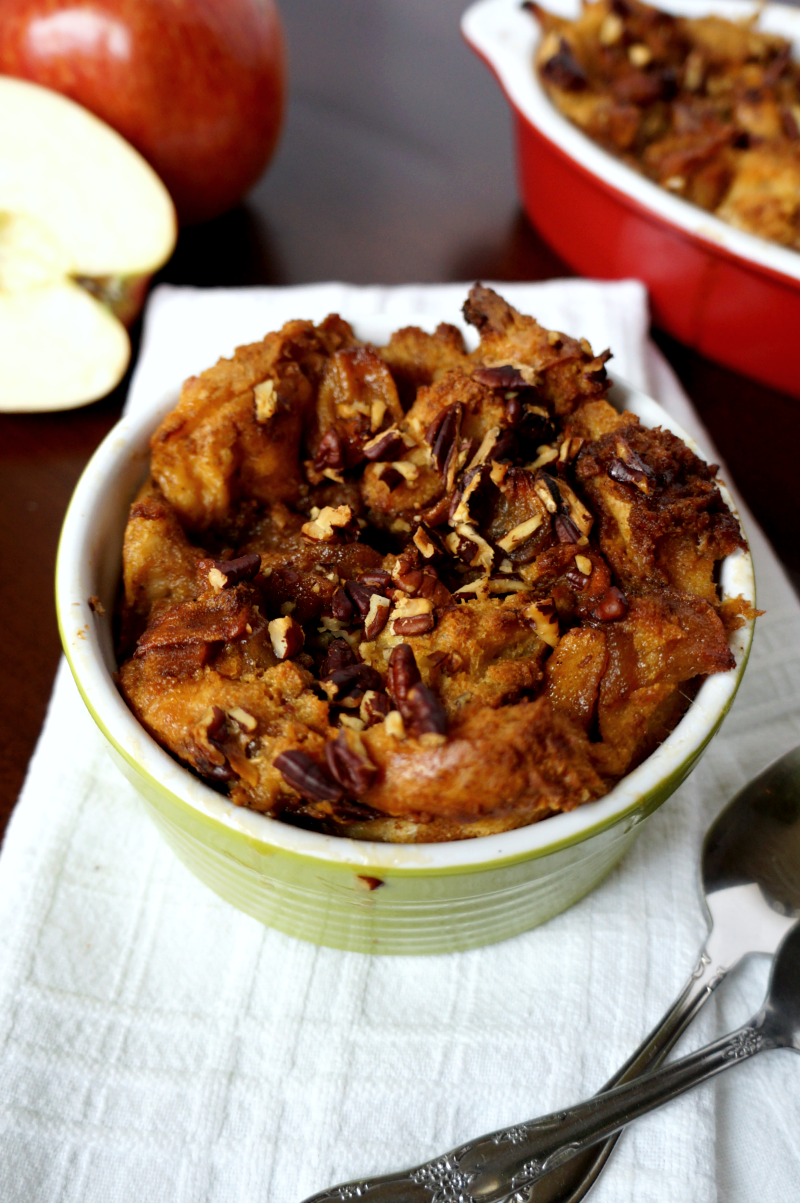 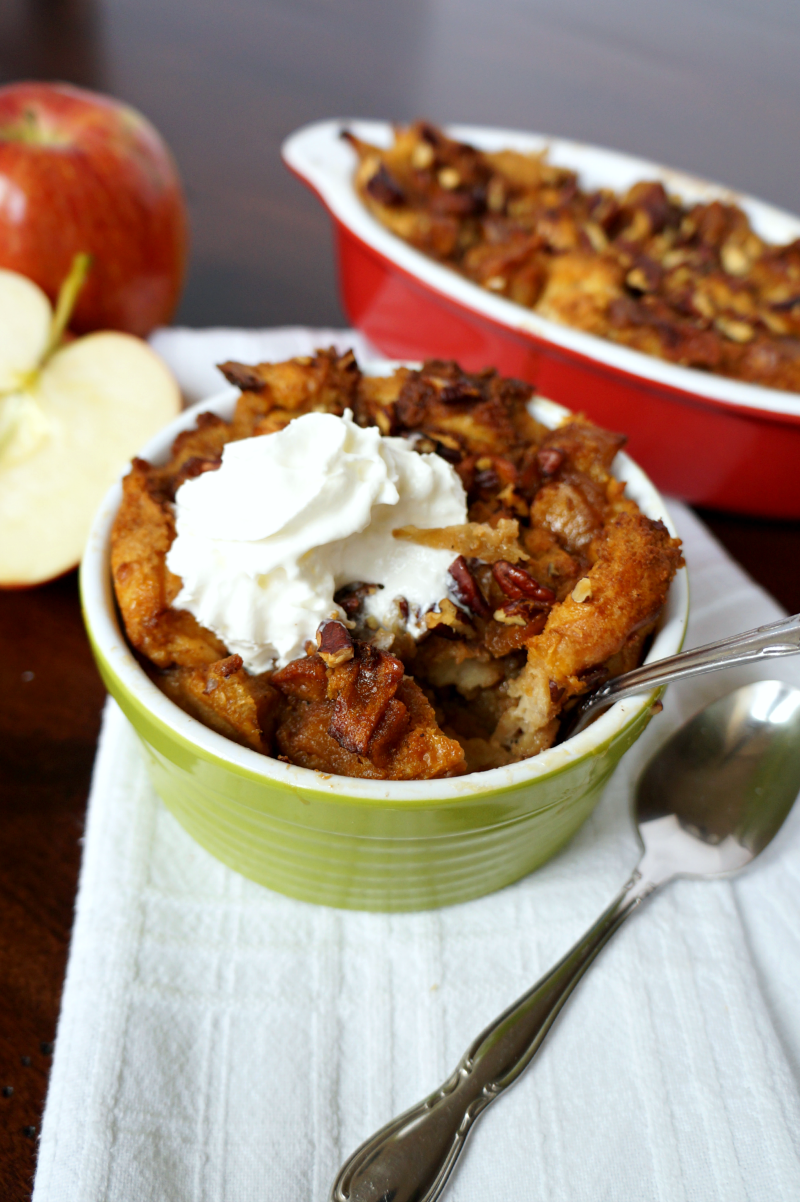