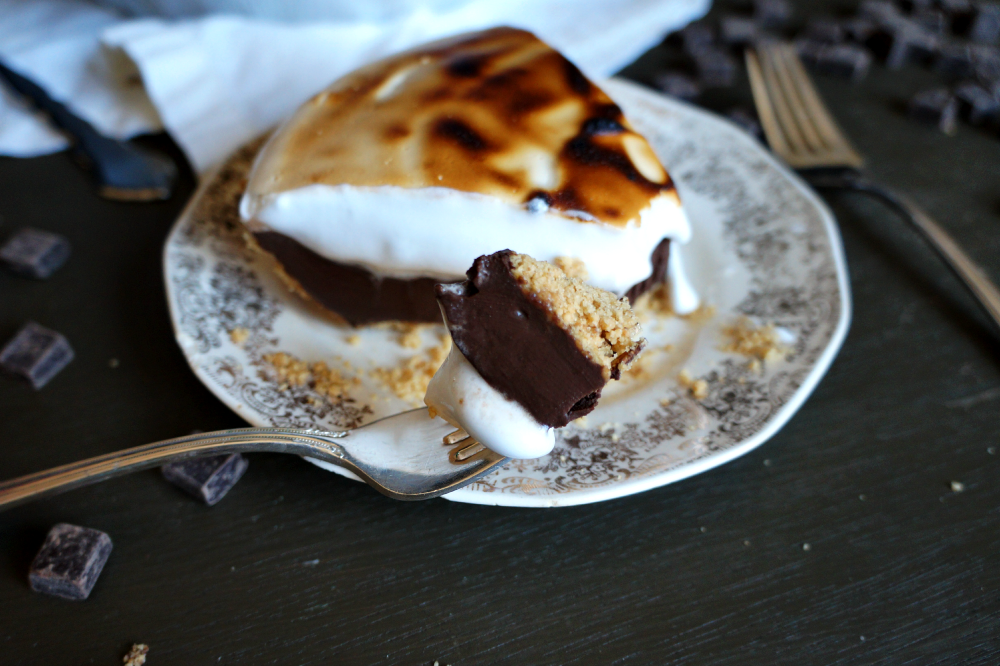 The vegan world has recently been taken over by storm by a magical substance called aquafaba... or, simply put, chickpea brine. I'm not sure who was the first person to think, "Hmm, I think I will save the liquid from my canned chickpeas and try to whip it in my mixer," but they were a total genius! This stuff whips up and behaves almost exactly like egg whites. With this recent breakthrough, I thought now was the perfect time to make a vegan s'mores pie, with an aquafaba meringue. This is way easier than it looks! 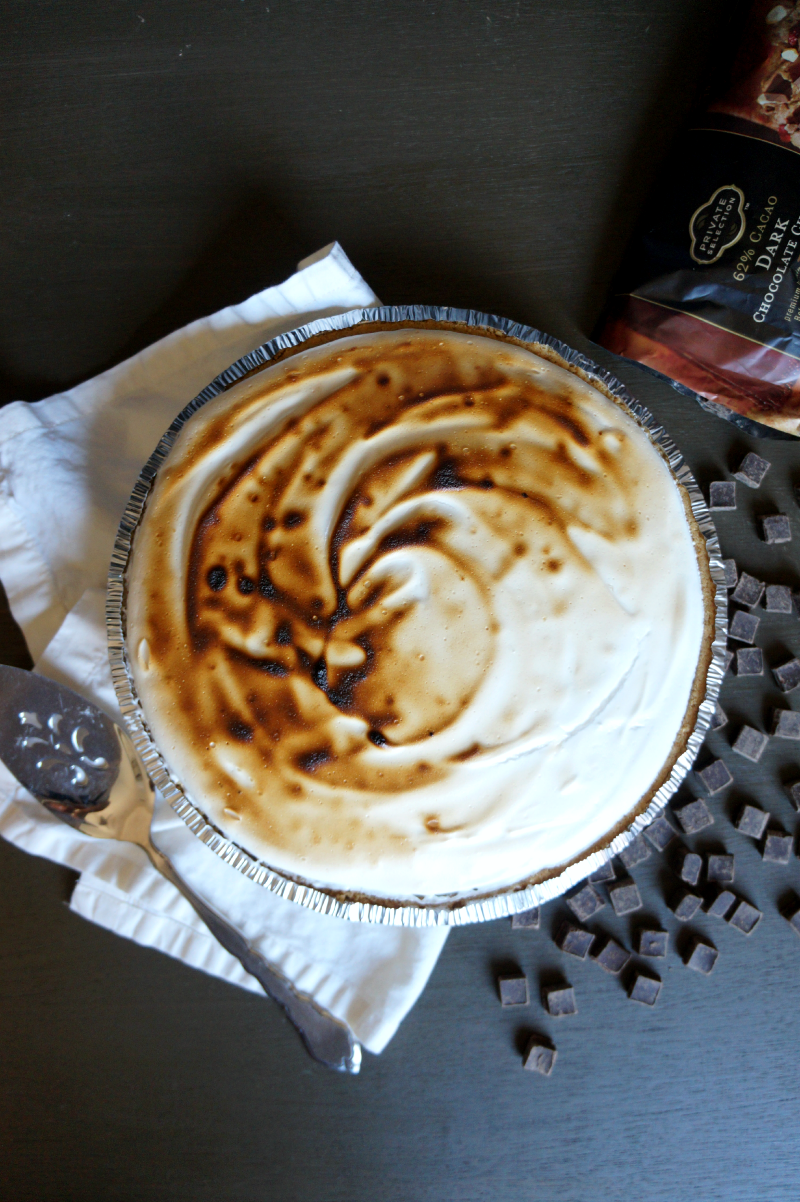 This recipe starts with a storebought graham cracker pie crust, which is filled with a super-easy, no-bake vegan chocolate filling, is then topped by a quick aquafaba meringue and quickly broiled in the oven to give it the "toasted marshmallow" look. Oh, and FYI... the ombre broiling on the pie wasn't even intentional. But I guess now we all know which side of my oven burns hotter. 😉 This pie is stupid-easy, and the hardest part is letting it chill overnight! Oh, the agony. 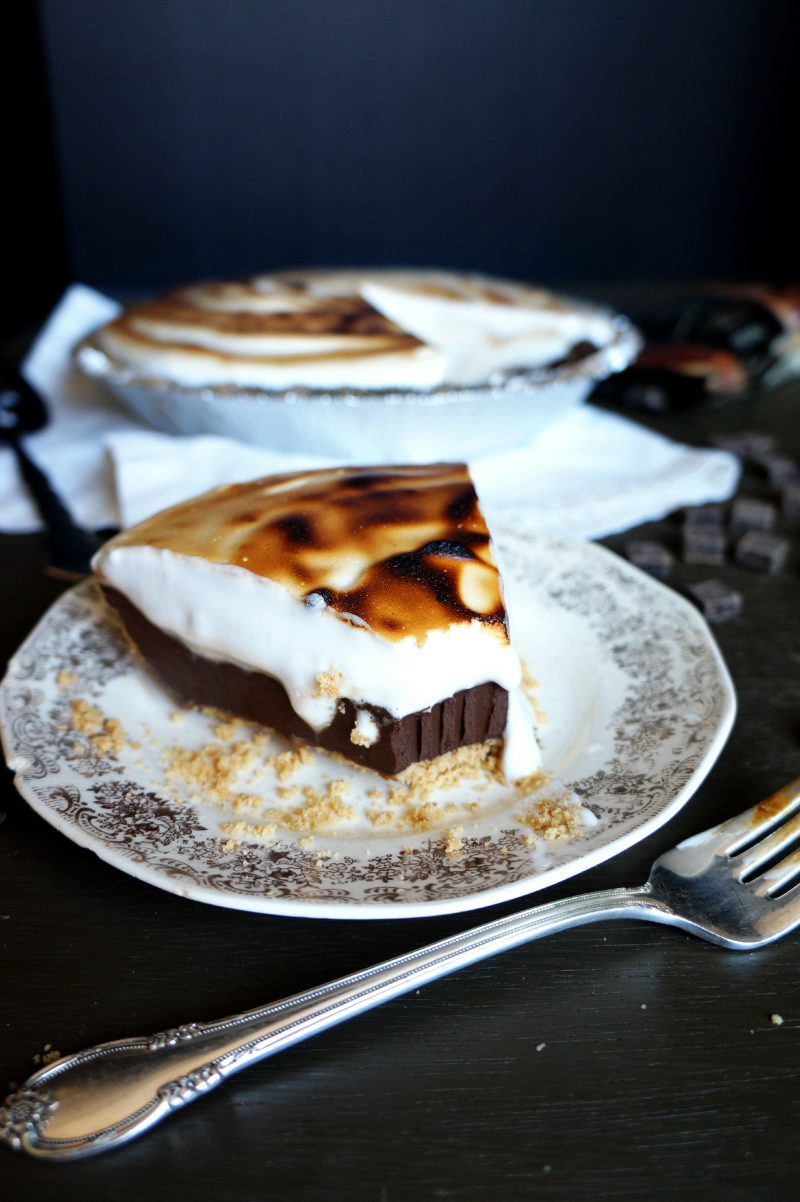 The recipe for the pie filling comes from Chocolate-Covered Katie, and it is seriously one of the BEST chocolate pie fillings I've ever had, vegan and non-vegan! The taste and texture are actually almost spot-on for my truffle tart, which was a very pleasant surprise. The base, as you probably guessed, is tofu! I was a little wary of this at first, since I don't have a lot of experience with tofu and I've heard a lot of nightmare stories, but I seriously could have made this blind-folded. Ridiculously easy and it tastes amazing! 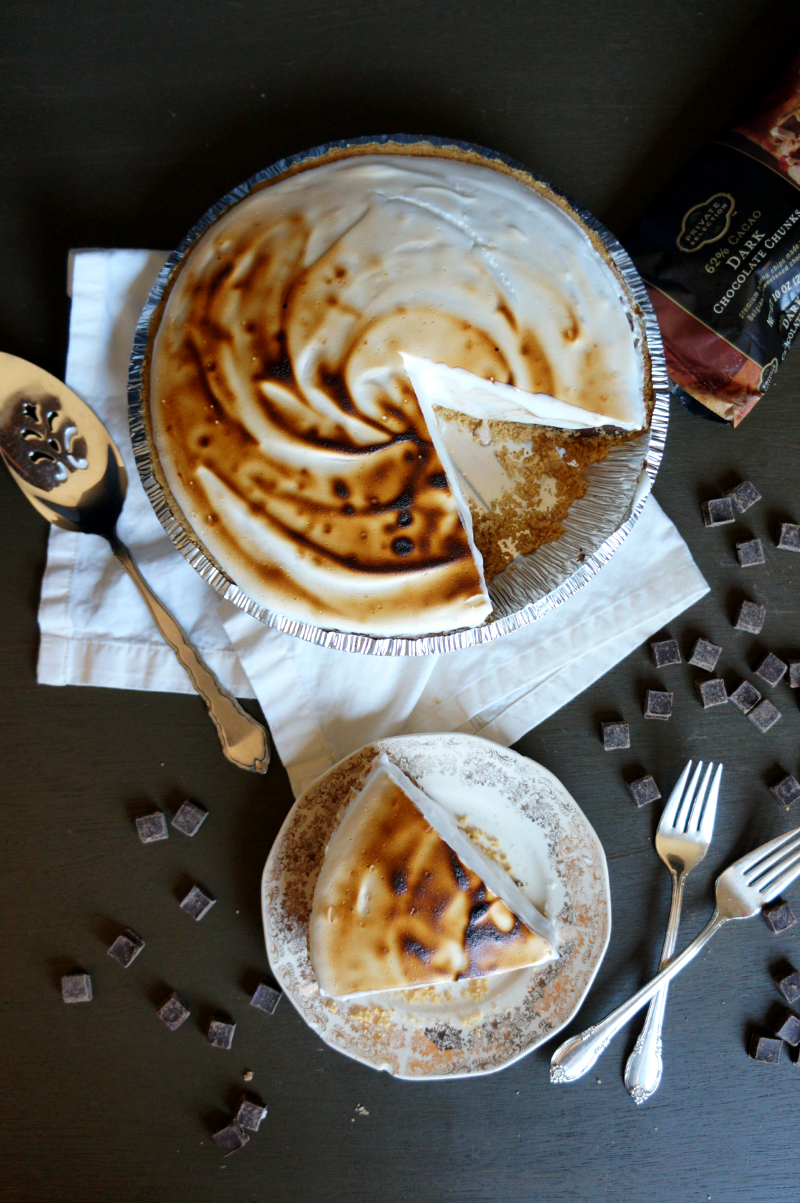 When I mentioned the idea for this pie to the infamous vegan best friend, she pretty much went ballistic. And on the day that I made it, she seriously texted me every hour from work telling me that she was counting down the minutes until she could come over and eat this pie. Wellll, okay crazy lady. 🙂 But we were both totally smitten as soon as we took the first bite! The chocolate is thick and rich, and has a texture similar to a truffle. The meringue is airy and light, with a fluffy texture that contrasts the creamy chocolate beautifully. Basically, this pie is a work of art. With a little bit of planning ahead and a tiny bit of hands-on work, you too can enjoy this delicious treat! Happy baking! 🙂 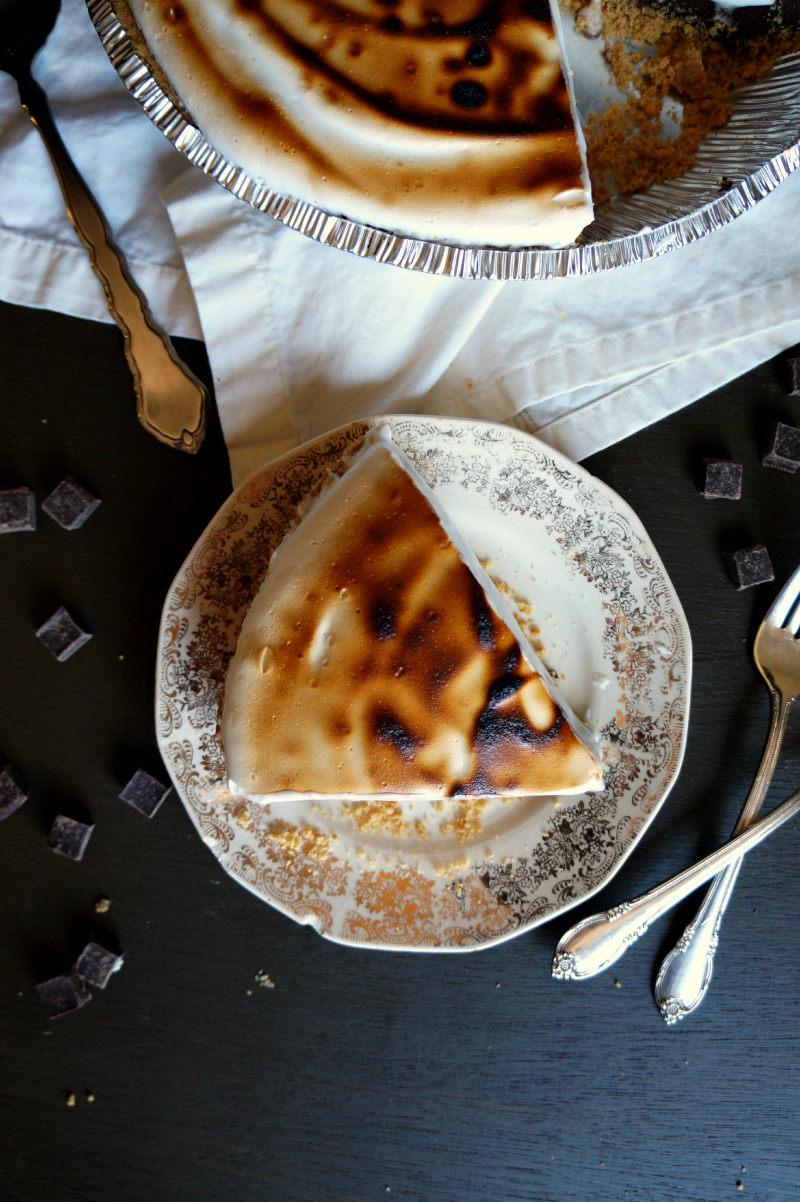