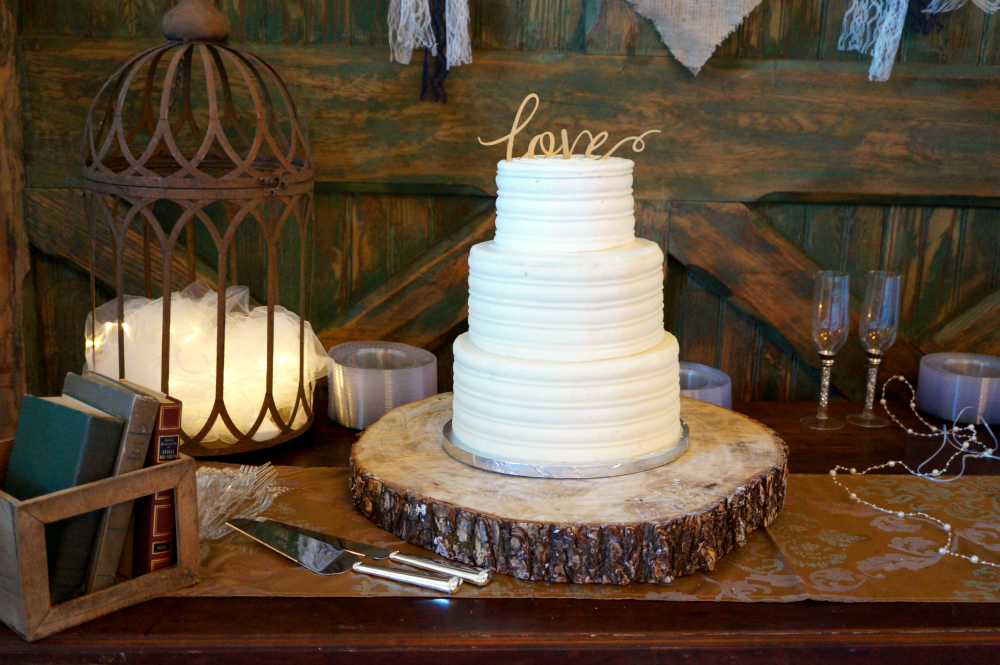 Hello, friends! As I mentioned a couple of days ago, I had the privilege of getting to make some wedding cakes this past weekend and now I am here to share all the pics! This was the first, and it's a bit of a rustic wedding cake, simple but stunning and made of red velvet, vanilla, and strawberry cake, stuffed and frosted with classic cream cheese buttercream. The only finishing touch needed was that sweet little "love" topper! 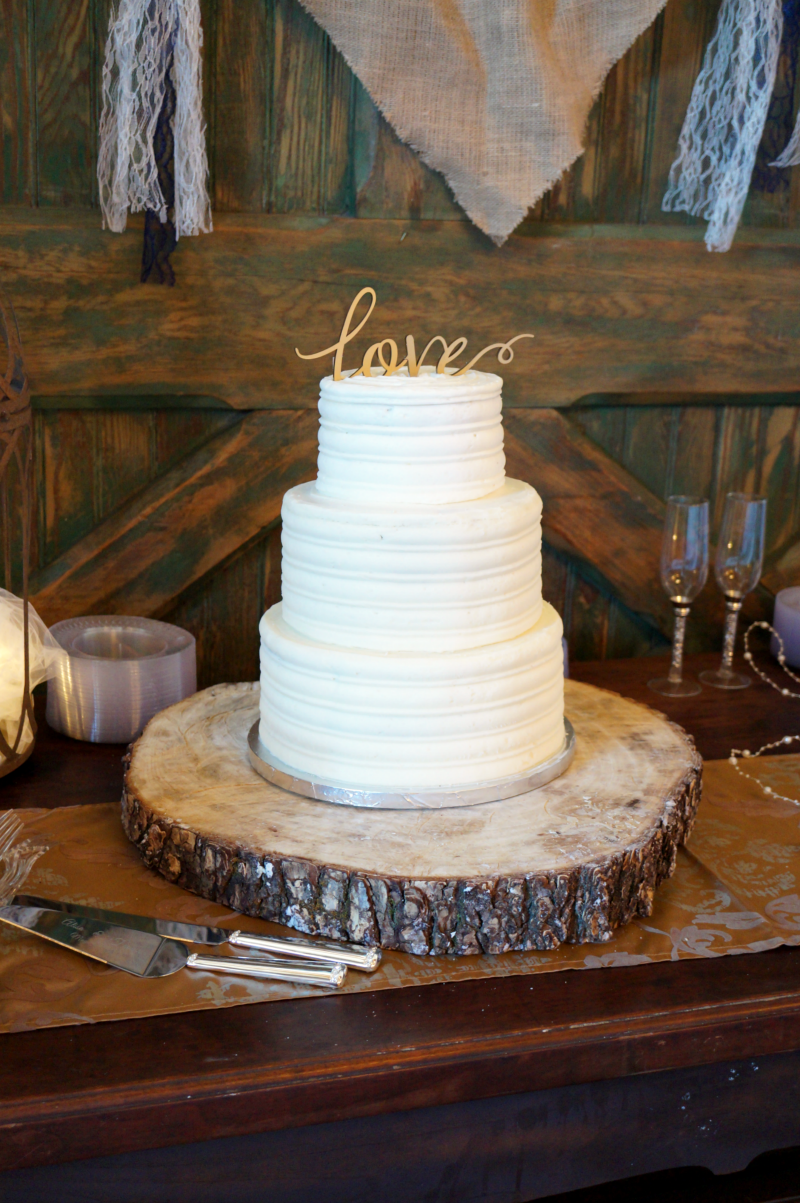 Before I make a wedding cake or some sort of event cake, I usually consult the internet just in case some sort of life-changing cake tip has come up since I last made a cake, or something along those lines. Usually I learn something new {did you know you should put parchment sheets on top of your cooling racks so they don't leave an imprint on your cake? good to know!}, but I am honestly shocked at how many bad  cake tutorials are out there! Yikes! Definitely makes me think about making my own cake guide for y'all to consult! 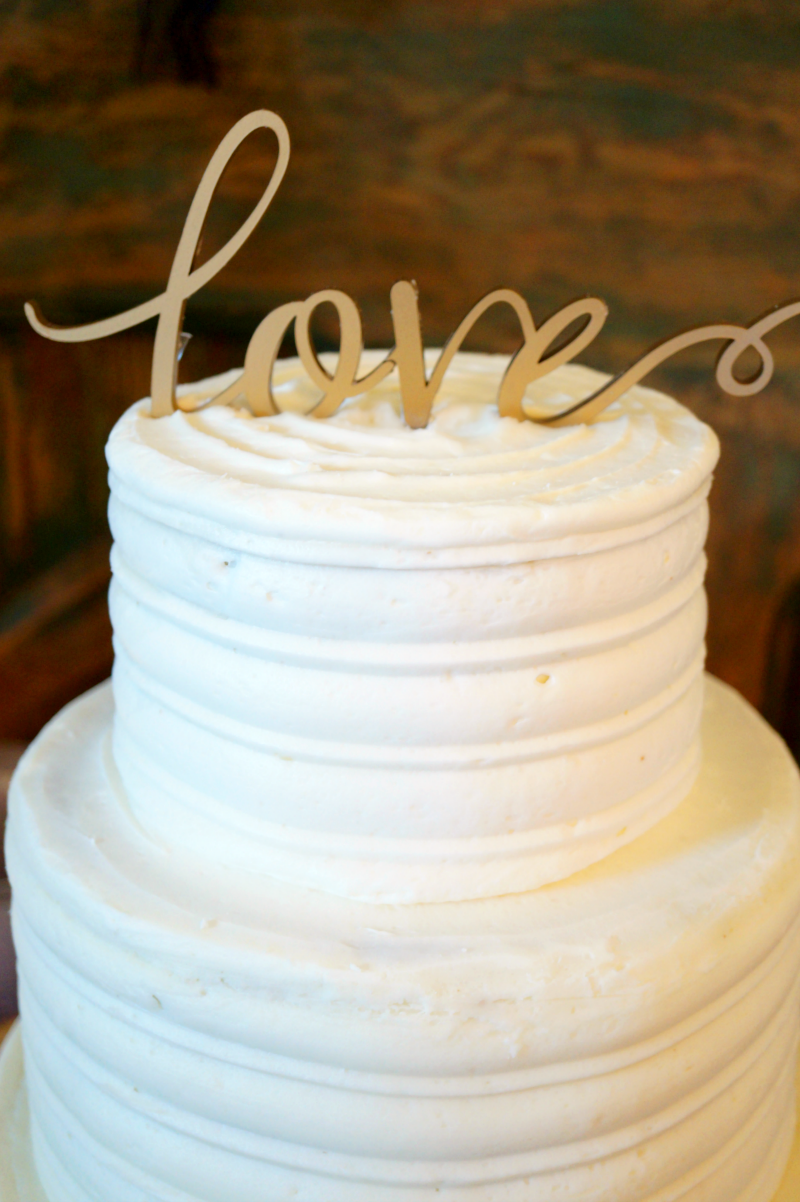 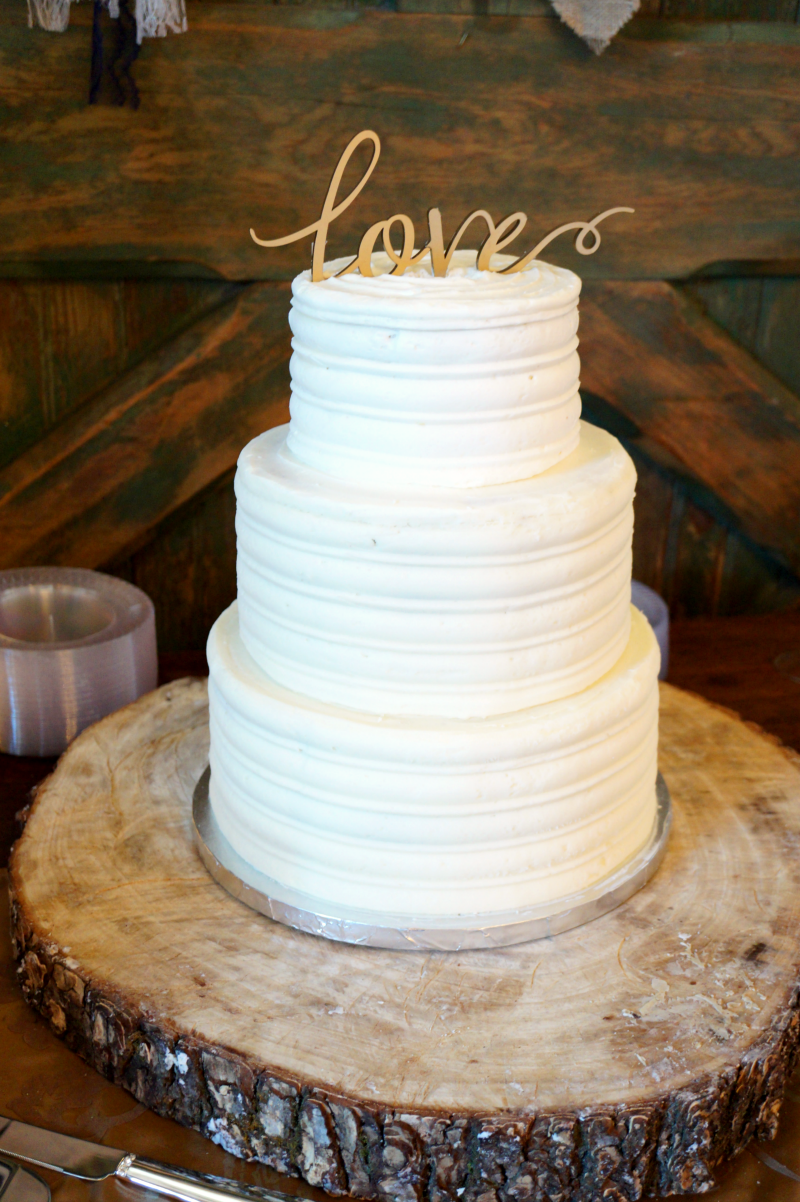 But that's besides the point! I will try to do that sometime in the future but with school starting soon, we will just have to see 🙂 Speaking of school, this wedding cake was actually for some of my future PA school classmates which made this extra special! School will be starting for me in just a couple of short weeks, after which things will probably slow down a bit on ye old blog. But OKAY, enough about me, I know y'all are here for cake! 😉 This was actually the first time I used a cake comb for my cakes, which was definitely a learning experience! Very pretty but phew, deceivingly difficult I'll tell ya. Perhaps more material for a future tutorial! 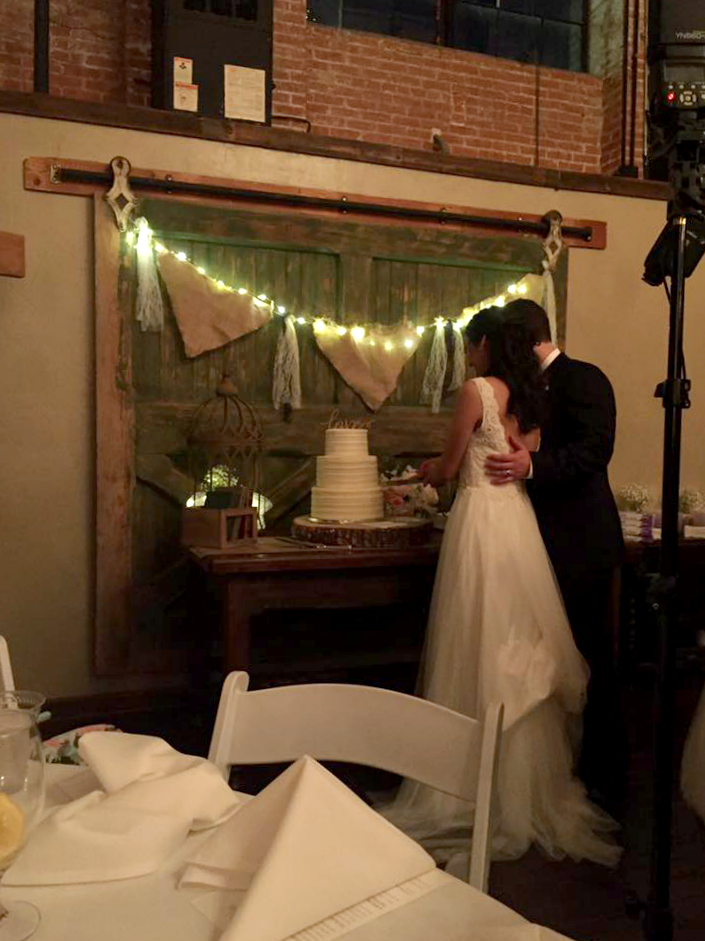 Now for some recipes! The couple was not interested in an anniversary tier, so each layer of this rustic wedding cake was a different flavor. The top was strawberry, which I made from my Strawberry Milkshake Cupcake recipe and baked in 6" pans {one batch per pan}. The middle tier was vanilla, made from this super simple vanilla cupcake recipe which has become my go-to! All baked in 9" pans, and honestly I lost track of how many batches I made! I want to say each batch as written in the cupcake recipe made one cake. The bottom tier was red velvet, which was adapted from my chocolate peppermint layer cake recipe. I used regular cocoa powder instead of dark, and actually only used ⅓ cup of cocoa and added and extra ⅓ cup of flour. The vanilla and peppermint extracts were obviously omitted and replaced by one heaping tablespoon of Red Velvet emulsion {I bought mine at Hobby Lobby but sometimes it makes an appearance at TJ Maxx, too!}, and I also threw in about ⅔ cup of chocolate chips per batch. I baked these in 12" pans, and one batch as written in the recipe made one 12" cake. The whole thing was stuffed and decorated with cream cheese frosting! It's a really good recipe that I will be sharing in an actual post soon so no link for that yet.

As always, if you have any questions about wedding cakes or layer cakes, I am more than happy to help! 🙂 Happy baking!