Impress your friends and family this holiday season by showing up with this Vegan Pull-Apart Cranberry Eggnog Rolls! Make them festive into the shape of a Christmas tree, or go traditional with a wreath formation. Either way, they’re sure to be a hit! 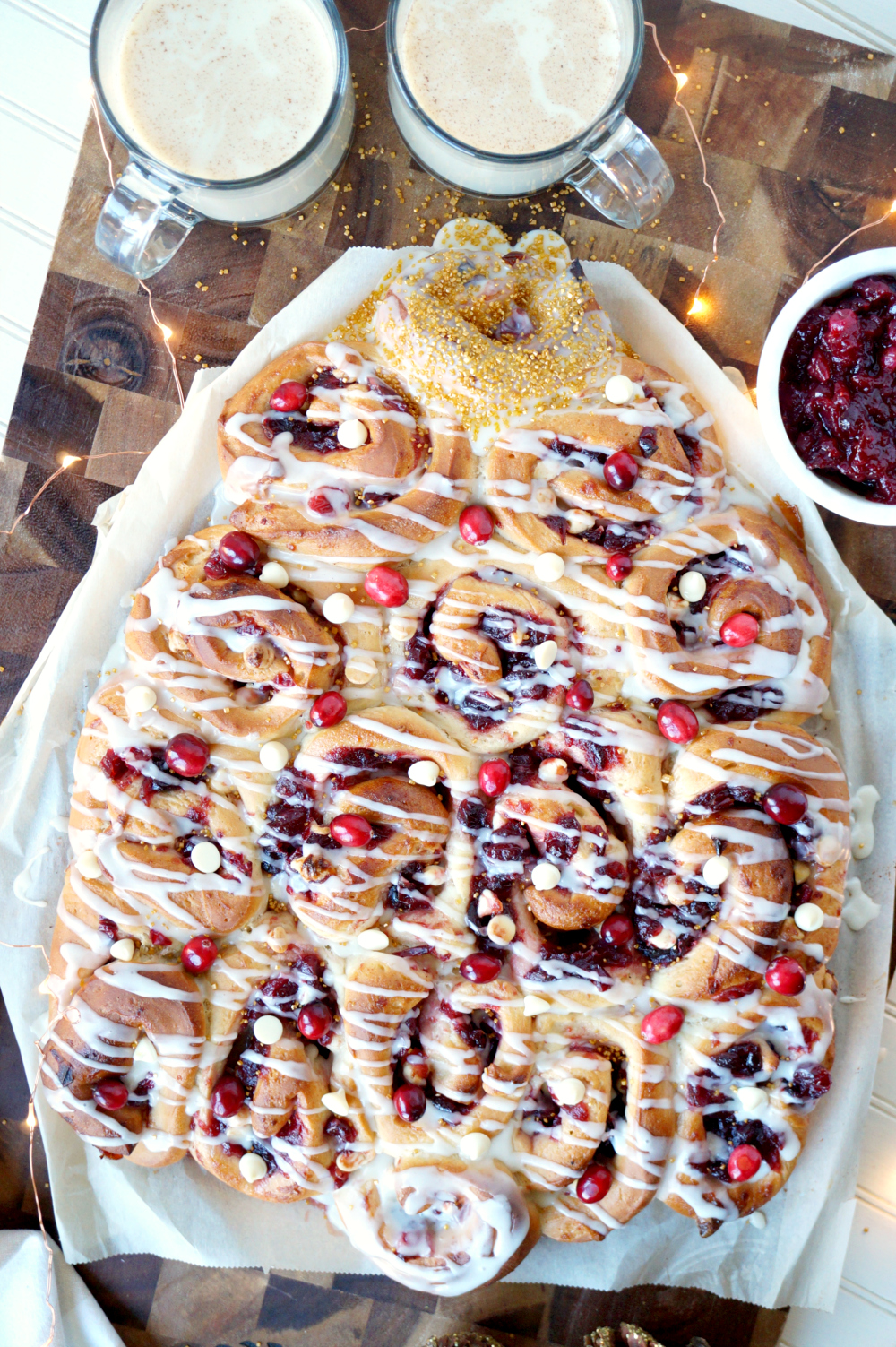 Hellooo, friends! I can’t believe we are just EIGHT days away from Christmas! Holy moly. And I still have so many recipes to share! I think I need to step up my posting game over here. Thankfully, I took my last final Friday which means now I’m free!! Today I am sharing these absolutely fabulous Vegan Pull-Apart Cranberry Eggnog Rolls which are so perfect for parties or Christmas brunch. Soft and fluffy eggnog dough is stuffed with homemade cranberry sauce and white chocolate chips, baked to perfection, and drizzled with an eggnog glaze. These are seriously so delicious! 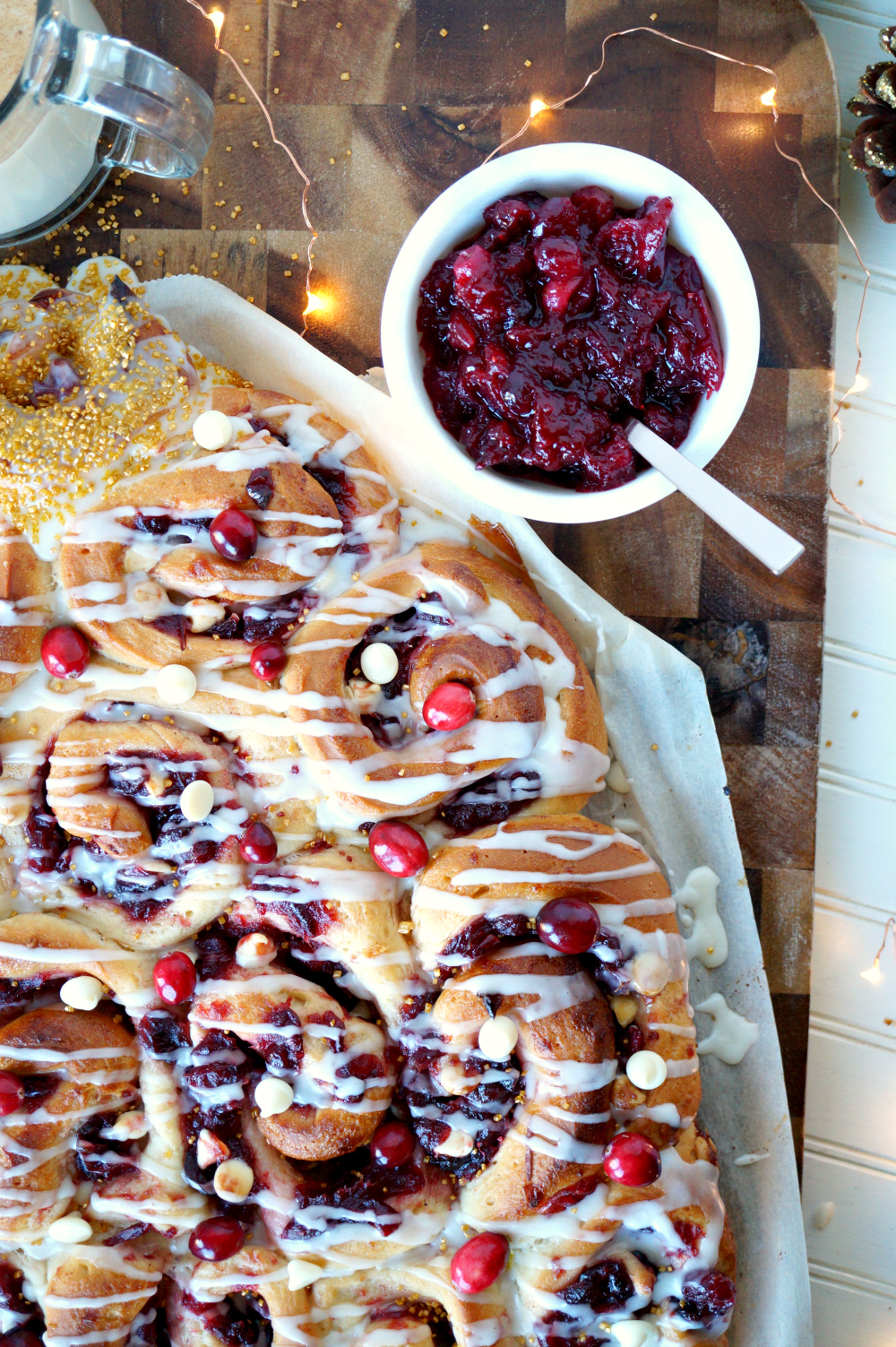 I know these rolls look utterly ridiculous but I really did try. ? I tried to make them look like a Christmas tree but they just ended up getting HUGE in the oven and taking up basically the entire pan so the effect was a bit lost. I think for a better tree effect, try nixing the bottom row of 5 and just start with 4 instead. To be completely honest, these are so good that nobody will really care how much they resemble a tree anyway! 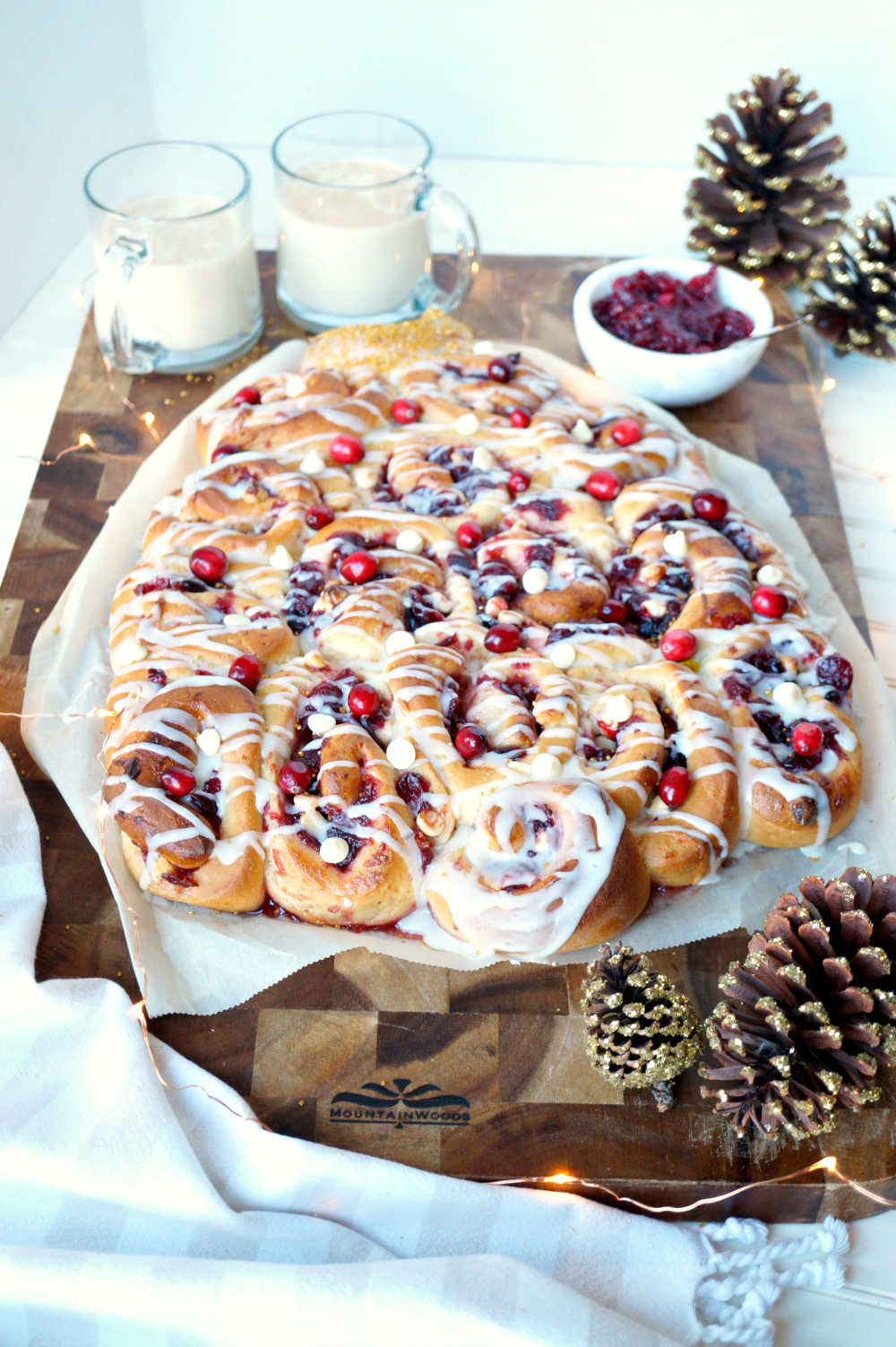 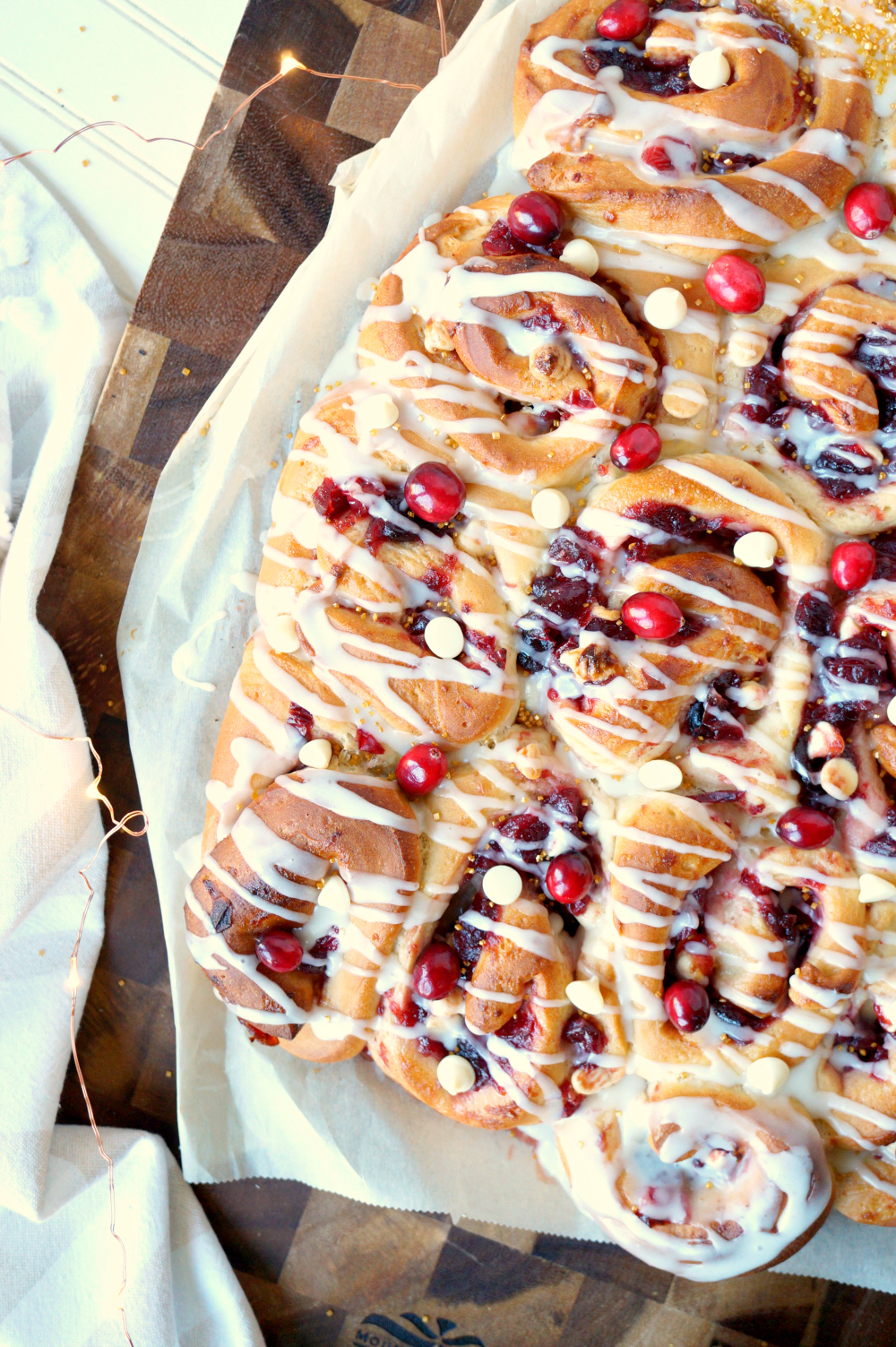 To make these pull-apart cranberry eggnog rolls, I had to track down some vegan eggnog. Which like, going into it, I knew it existed, but I took for granted that all stores would carry it. And alas… that is not the case. I had to bounce around a few different stores, but Target was my saving grace and actually had THREE different brands! I went with the Silk soy eggnog since I regularly drink their soy milk, but I also found So Delicious coconut nog and Califia Farms almond nog. Any one that you find will work the same for this recipe! 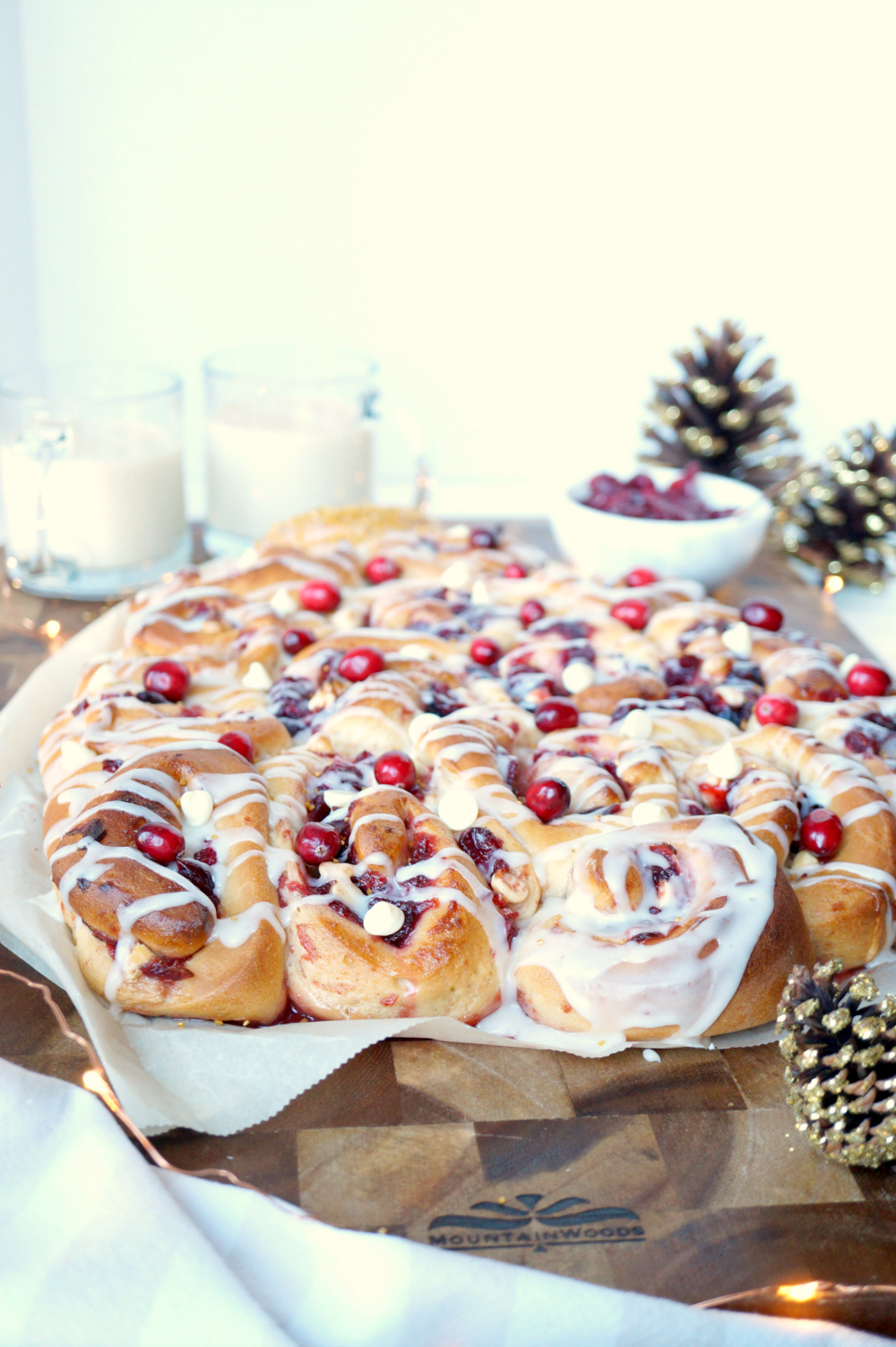 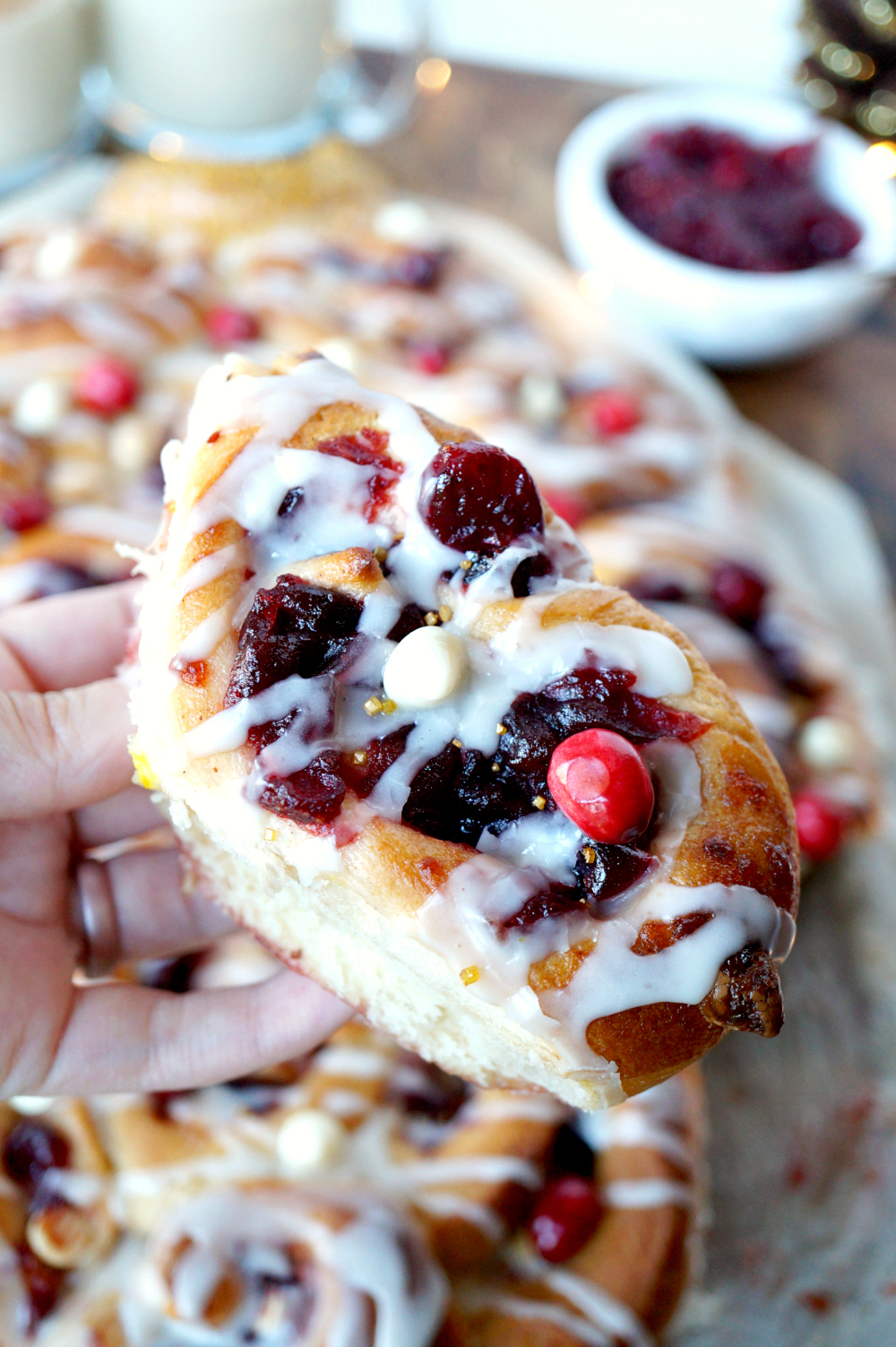 I hope you’ll try making these vegan pull-apart cranberry eggnog rolls this holiday season! They are absolutely delicious and so easy to make! The homemade cranberry filling is yummy, but in a pinch, you can absolutely use store-bought and make these even quicker. Also ahem, side note. I cheated and used some white chocolate chips I had in the pantry which, turns out, are decidedly not vegan and additionally, seems like vegan white chocolate is near impossible to buy so if you’re wanting to be a purist – skip the chips. But everything else should be clear! 🙂 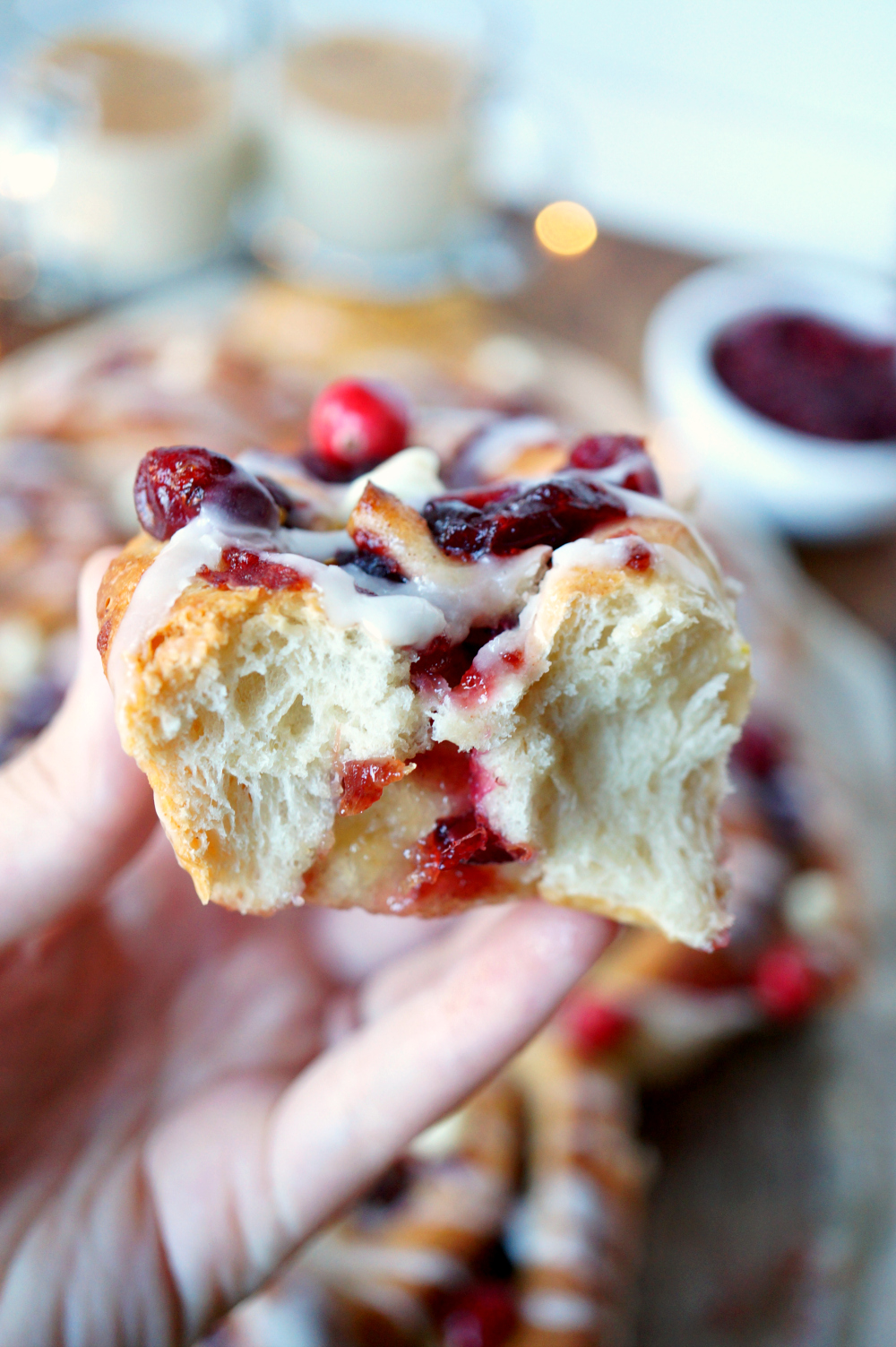 {cranberry sauce recipe from Self Proclaimed Foodie. thank you!}