×
You are here: Home / Recipes / Breakfast / the only cinnamon rolls you'll ever need

Make the best cinnamon rolls of your life with this easy, foolproof recipe! This fluffy yeast dough is naturally vegan and can be filled with the classic cinnamon sugar, or any fun toppings you can think up! 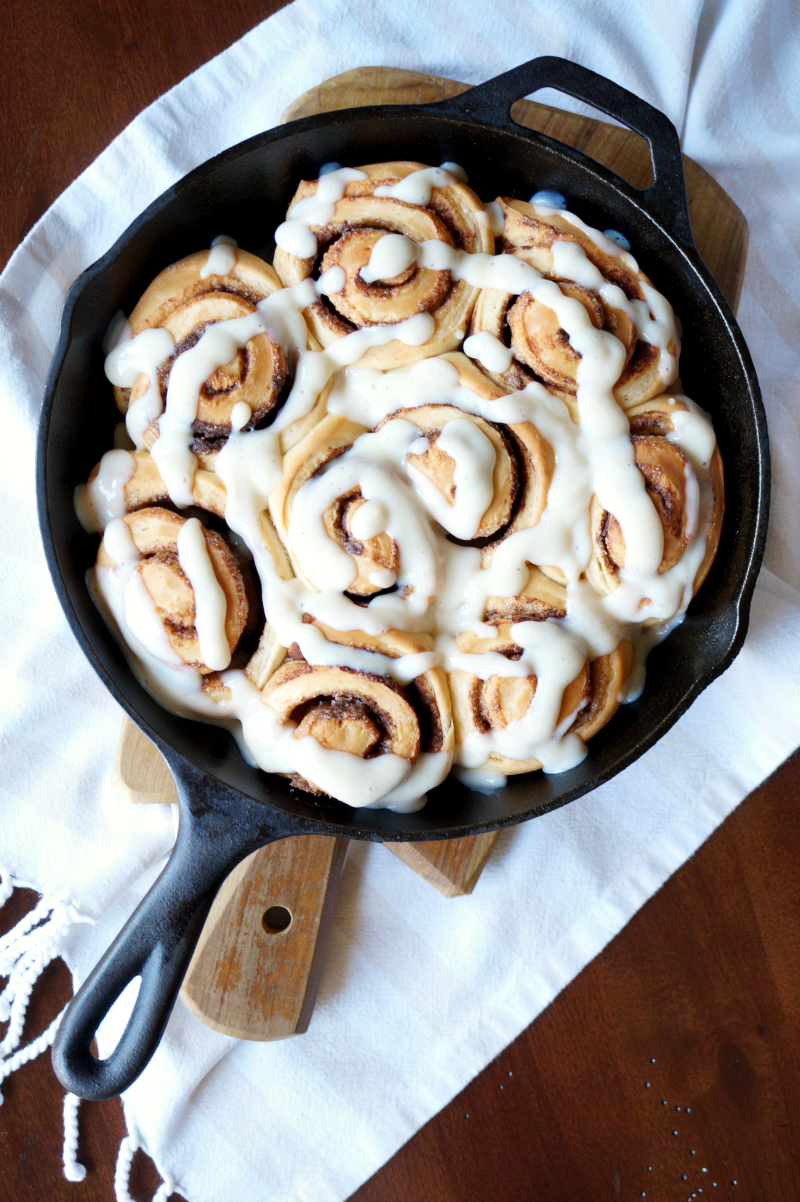 You guys. THE TIME HAS COME. I am finally sharing my basic, go-to, dearly beloved, 100% fantastic CINNAMON ROLLS! If you've been hanging around here for literally 5 minutes, I'm sure you've noticed I have a bit of a cinnamon roll problem. Or, more accurately, a non-cinnamon roll problem. I have close to a dozen different variations of sweet rolls on this blog, and zero basic cinnamon roll recipes. Until now! I'm happy to share these totally fab rolls, which also happen to be vegan. Yippee! 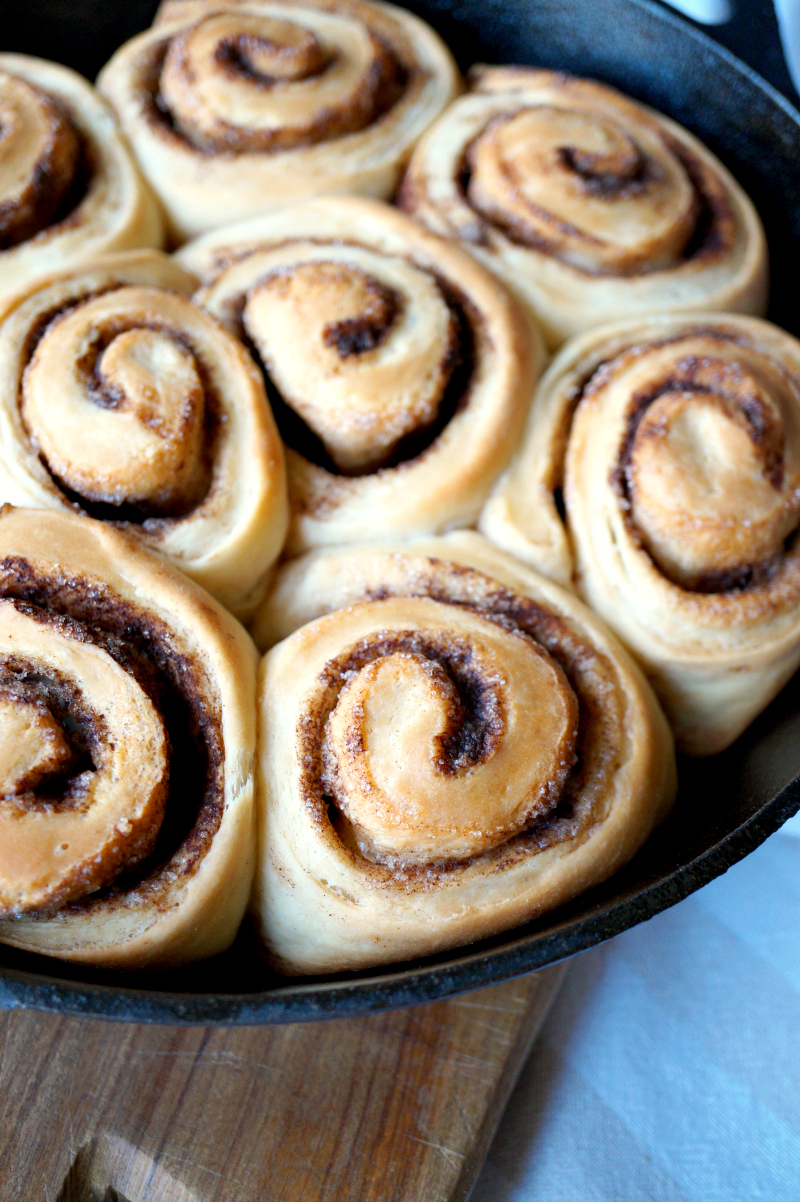 Honestly, I cannot say enough good things about these cinnamon rolls. If you've been wanting to dabble with making yeast dough but you're scared, start with this recipe. It's so easy, totally foolproof, easy to work with, and bakes up a dream. Why do you think I've used the same base recipe for all my rolls all of these years? Also with the vegan thing, it's just because I always use vegetable or coconut oil and almond milk, but I've made it with dairy milk before too and yes, it works. You can bend this to fit your own dietary needs! It's also naturally egg-free, so it's pretty easy to adapt as you'd like. 🙂 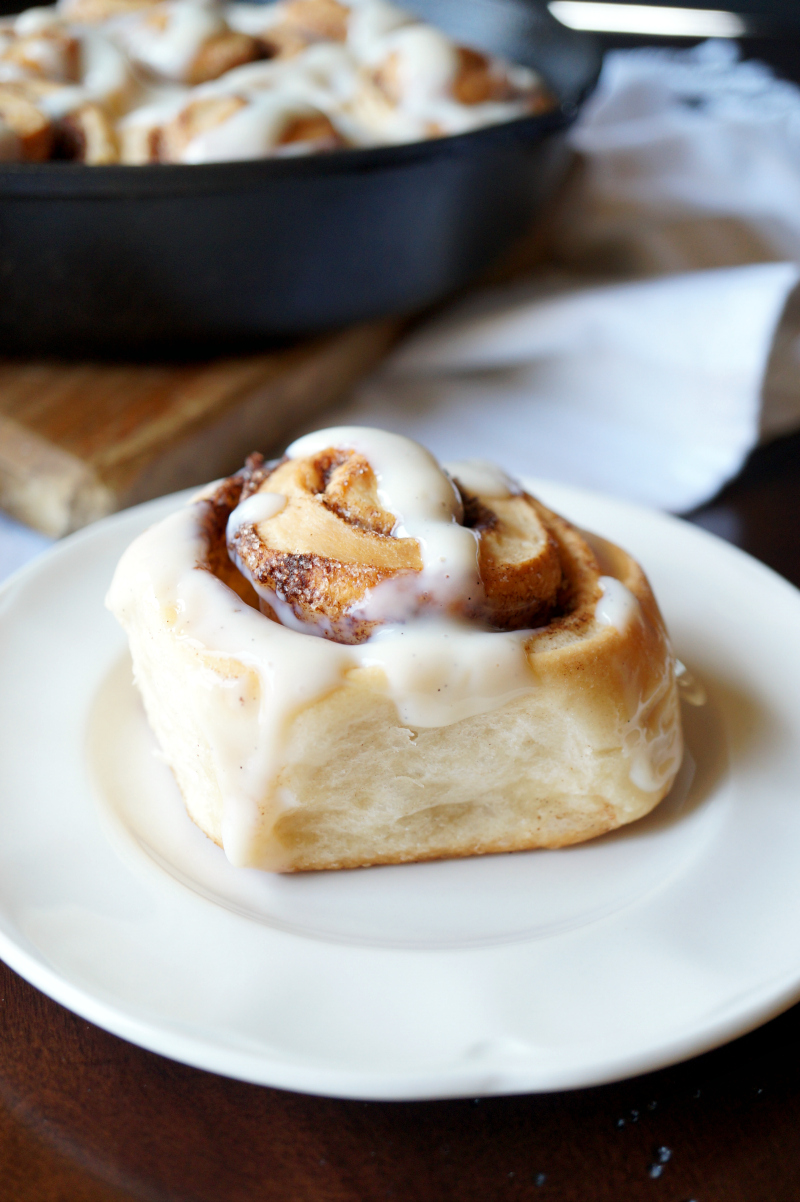 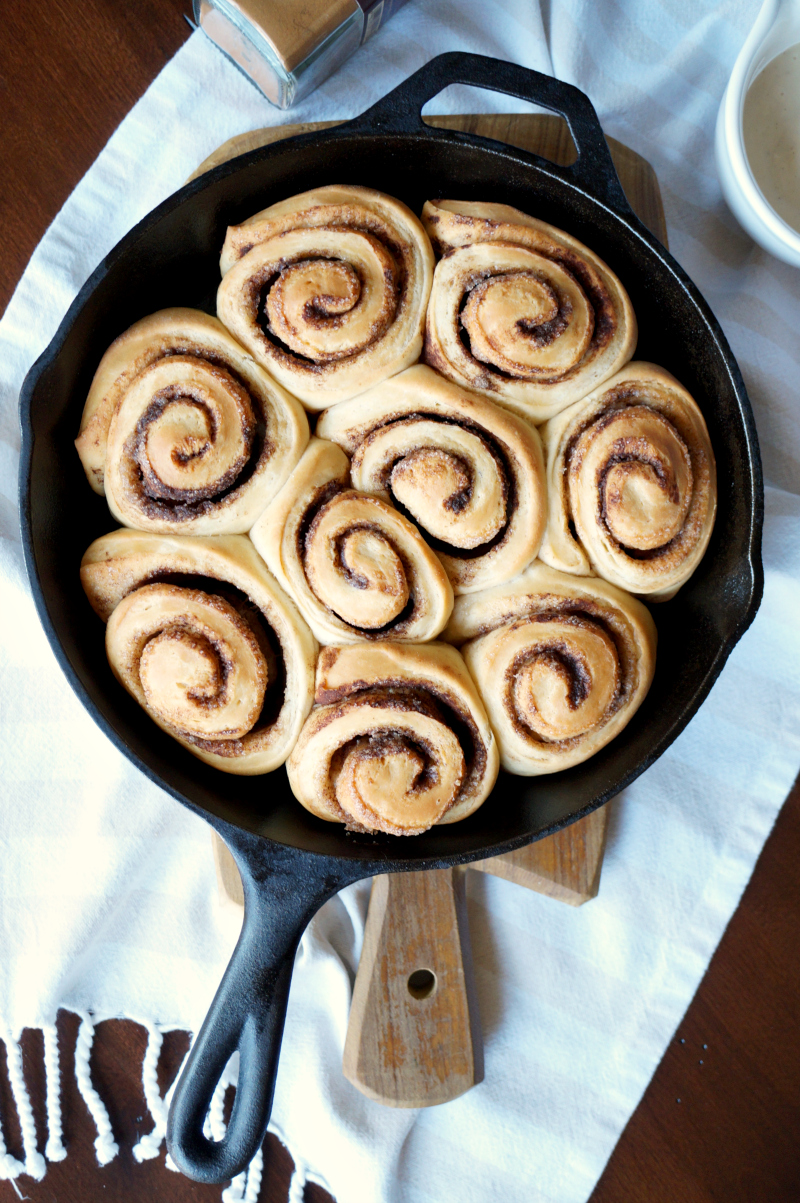 You know I have to ask but, how do y'all feel about my recent vegan theme? Like it, hate it, didn't notice it? There's still a gazillion omnivorous recipes on this blog so I'm sure y'all are fine. Also it's my blog and I do what I want SO. But of course I'm always interested in the public opinion. And speaking of which, public opinion of you will be very favorable if you happen to make these rolls for family and friends! This batch size makes just one pan {I only had 2 rolls that didn't fit into the skillet}, but you can easily double or triple it and make more! I just try to make smaller batches around here because that means that it gets eaten quicker, and then I have an excuse to make another recipe. But, ya know. Blogger life. 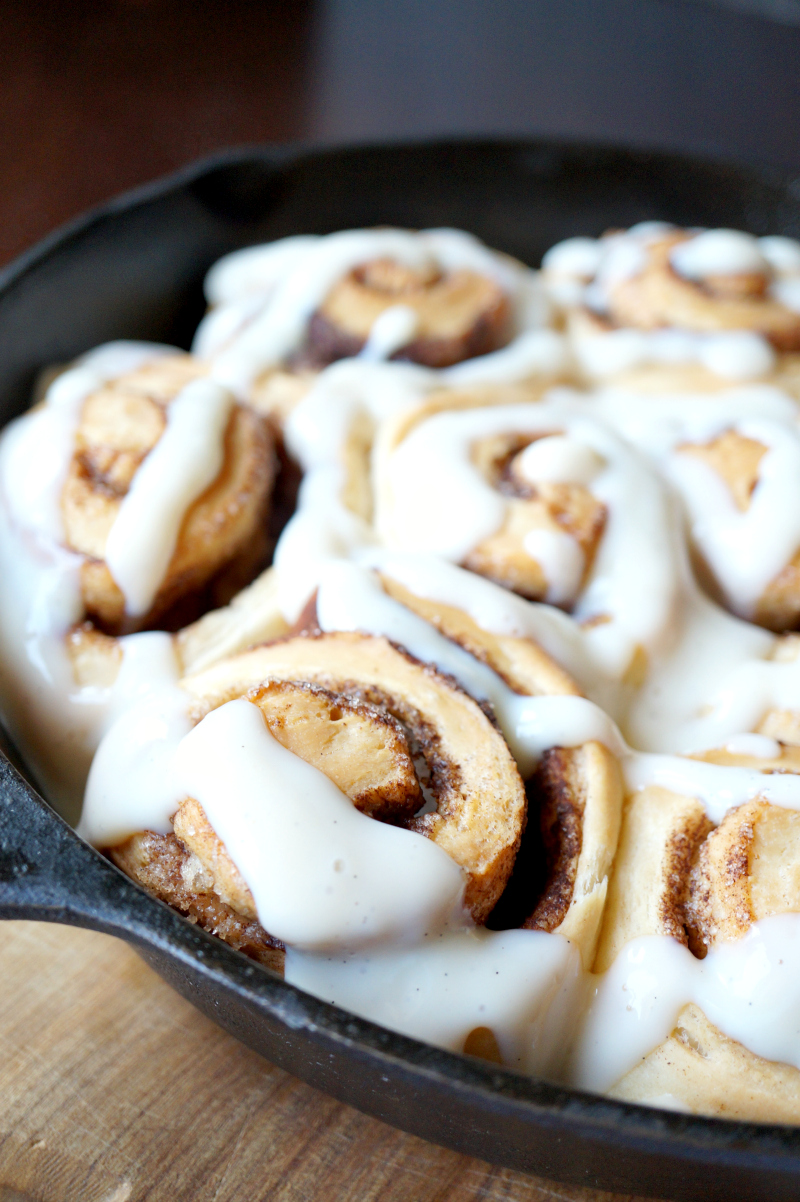 Lastly, I know I need to address frosting! I'm okay with a sprinkle of powdered sugar on the fruity rolls, but classic, homestyle cinnamon rolls NEED some sort of frosting. I'm a big fan of simple, glaze-y frostings, but for something richer, you can definitely go for a buttercream or a cream cheese topping! This particular time, I tried something new by whisking together almondmilk yogurt with powdered sugar and vanilla to make glaze, but generally I use almond milk as a base and that works just fine. Really, you can just do whatever floats your boat. I promise they'll be delicious! 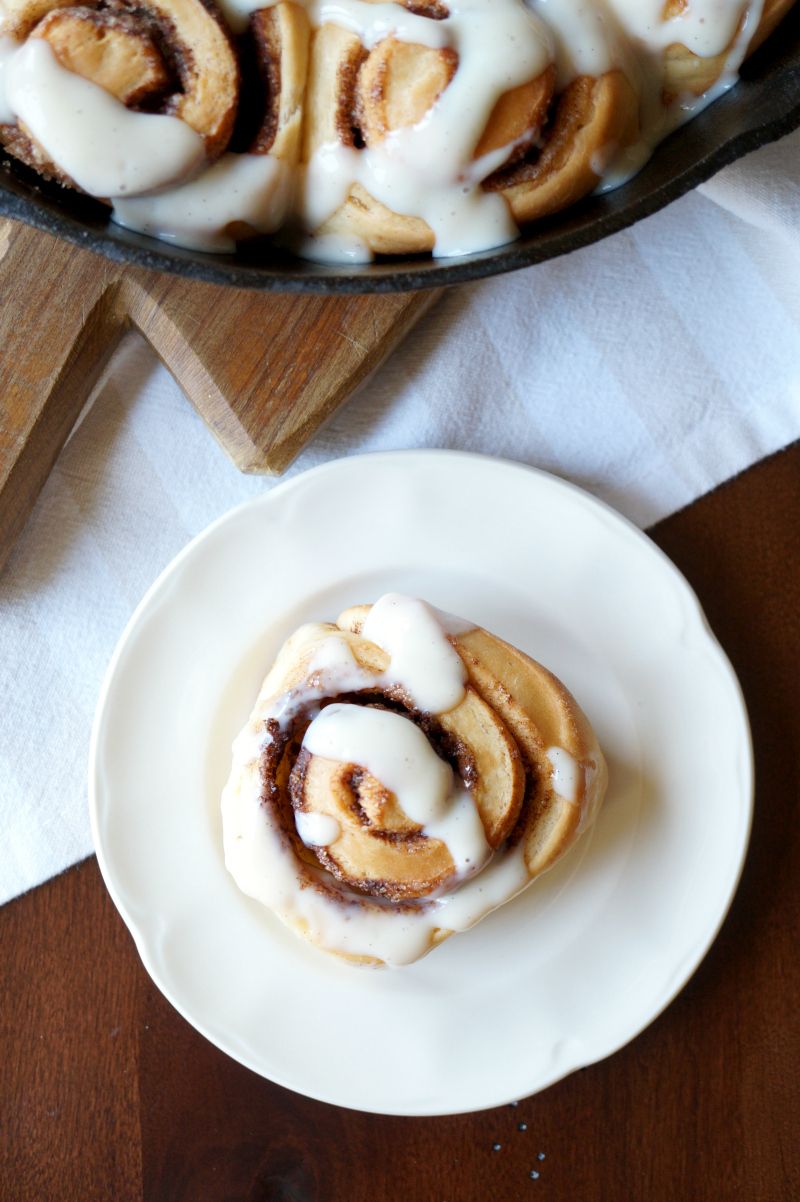 Think basic cinnamon rolls are a little too boring? Check out literally every variation of sweet roll ever RIGHT HERE. Happy baking!


the only cinnamon rolls you'll ever need