Make these tasty Vegan BBQ Jackfruit Sliders for game day or anytime! The saucy jackfruit is super simple to make, and topped with a fresh and zesty green apple slaw. 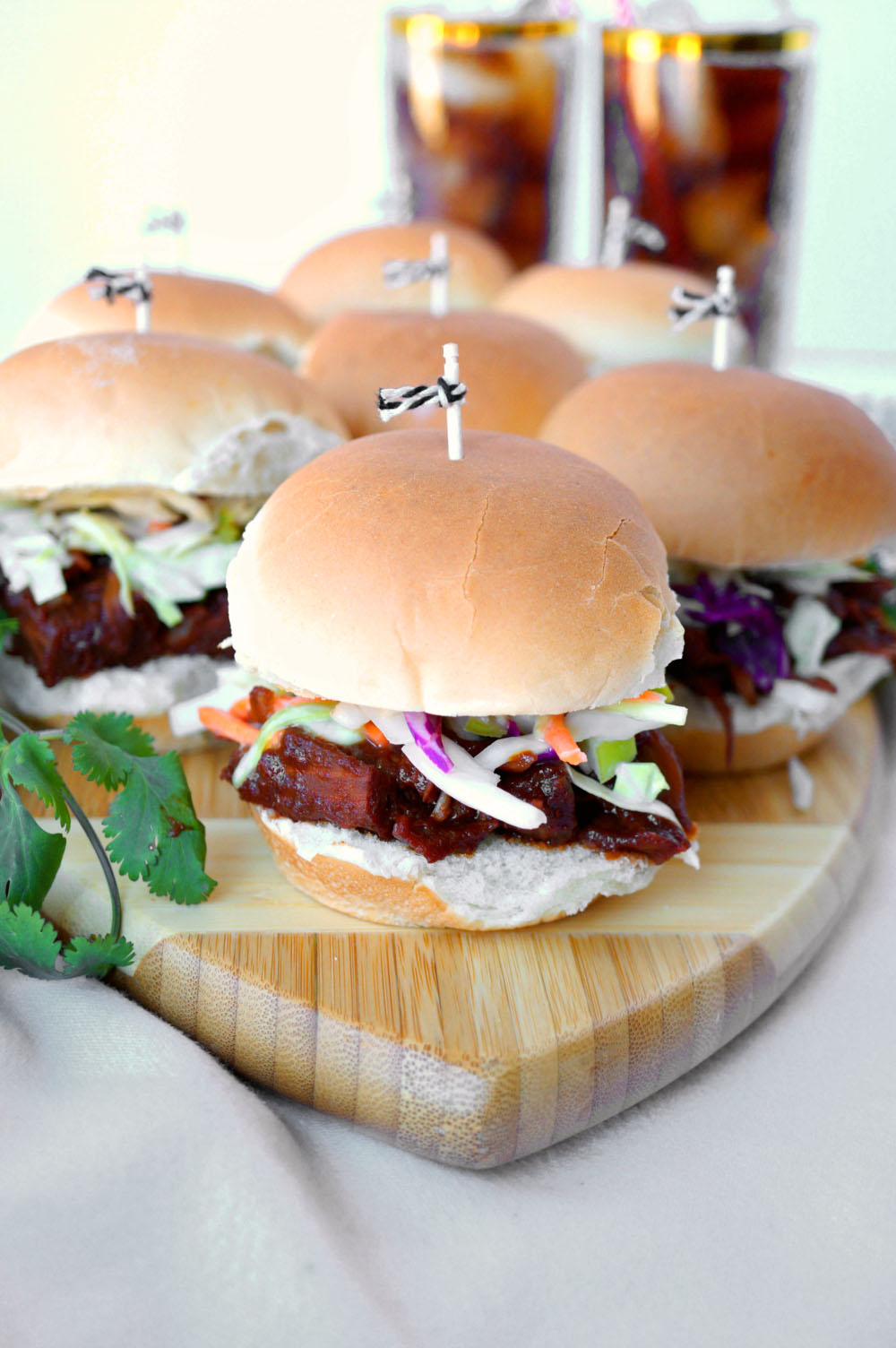 Hi buddies and happy Friday! The big game is coming up quick, and before you know it, it'll be Super Bowl Sunday! I have been wanting to make vegan "pulled pork" sandwiches forever, and I figured this was the perfect excuse. These Vegan BBQ Jackfruit Sliders are SO easy to make, and actually require just 2 ingredients - canned jackfruit and barbecue sauce! You could slap it on a bun and be done with it, but I also made a super easy green apple slaw to add on top for some freshness. And that just uses store-bought slaw mix, Granny Smith apples, some cilantro and a quick dressing to toss it all in. One and done! 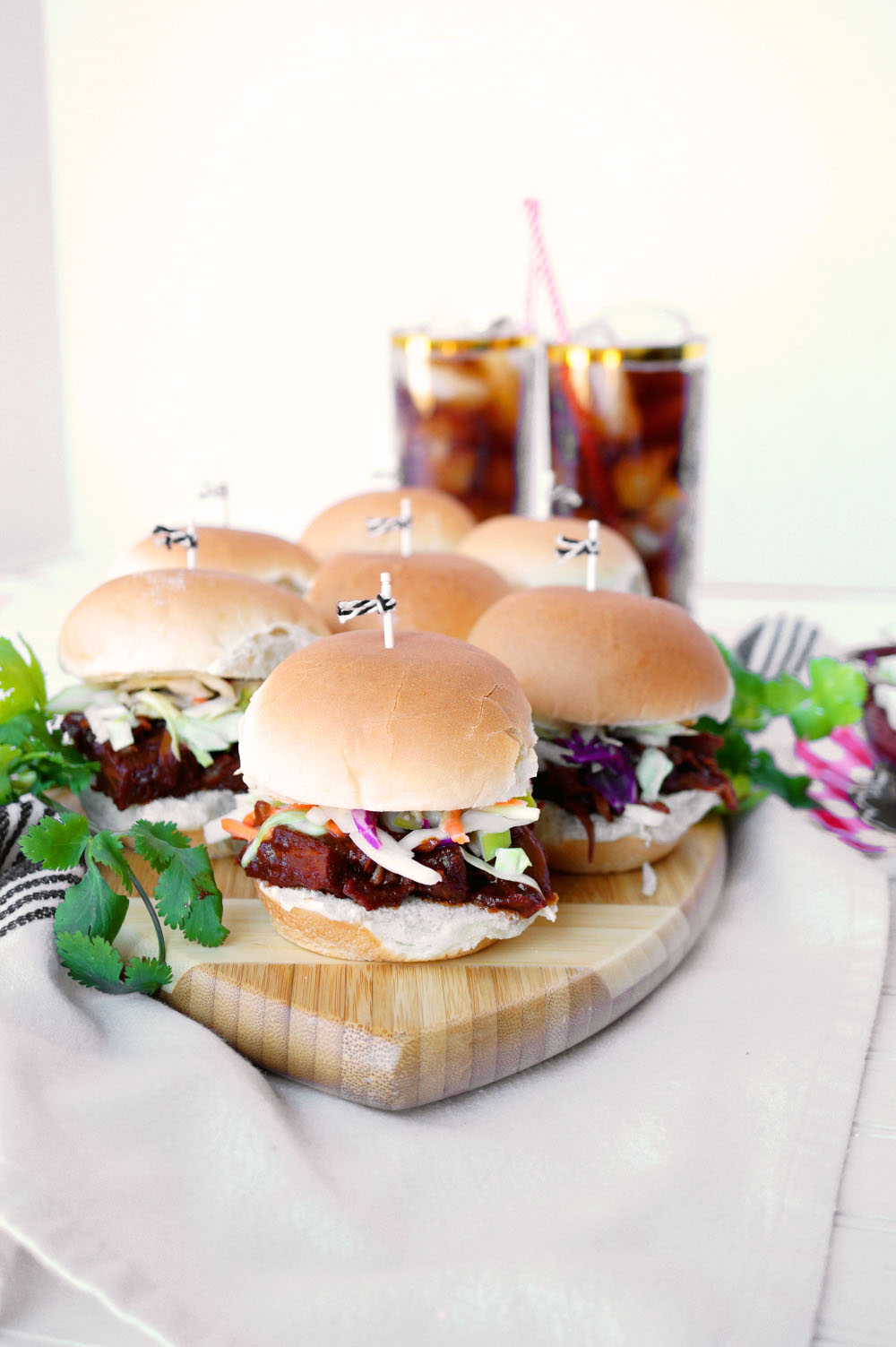 In today's edition of "done with school but still somehow bad at time management," I am actually typing this past midnight on Thursday... which means technically you guys will be reading this later TODAY. Where does the time go, though?! I am entering the final stages of wedding planning {God BLESS honestly ??} so we actually just went to get my brothers fitted for their suits! Super cute and rather painless, thankfully. If you've ever been shopping with a man, you know. We picked our cake flavors and design last weekend, talked with our officiant, and THIS weekend I have my bridal shower! And then next week we move. BAH. That must be where all my time has gone! 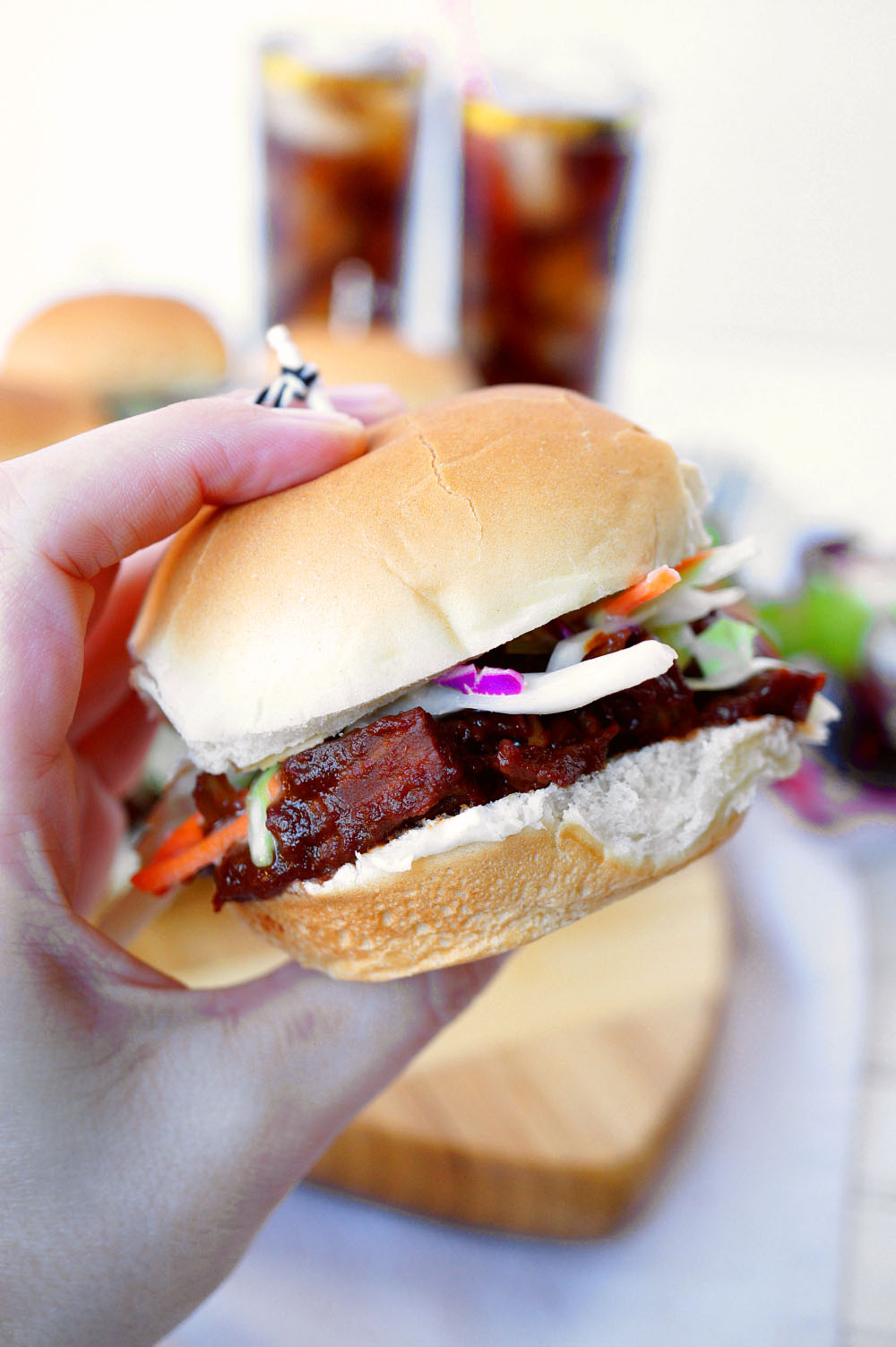 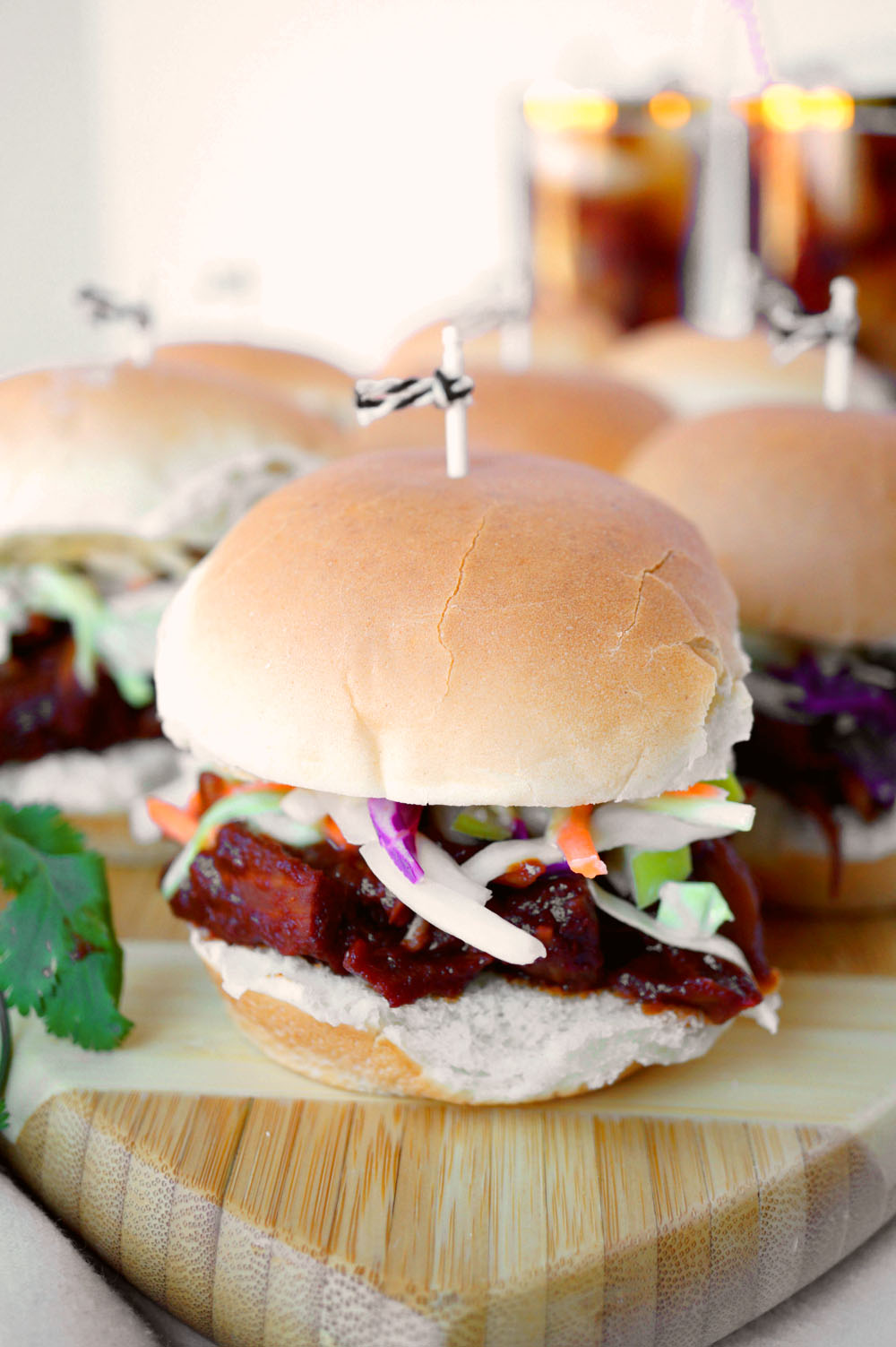 Alright, but let's get back to talking about these vegan BBQ jackfruit sliders! Like I said, criminally easy and this saucy jackfruit is great in sliders, full-sized sandwiches, in tacos, on mac & cheese {yes I tried it}, really anywhere you would use pulled pork. I bet it would be killer on some vegan nachos! My family keeps saying they don't like vegan food but they all devoured these without a negative comment so I don't think I believe them anymore 🙂 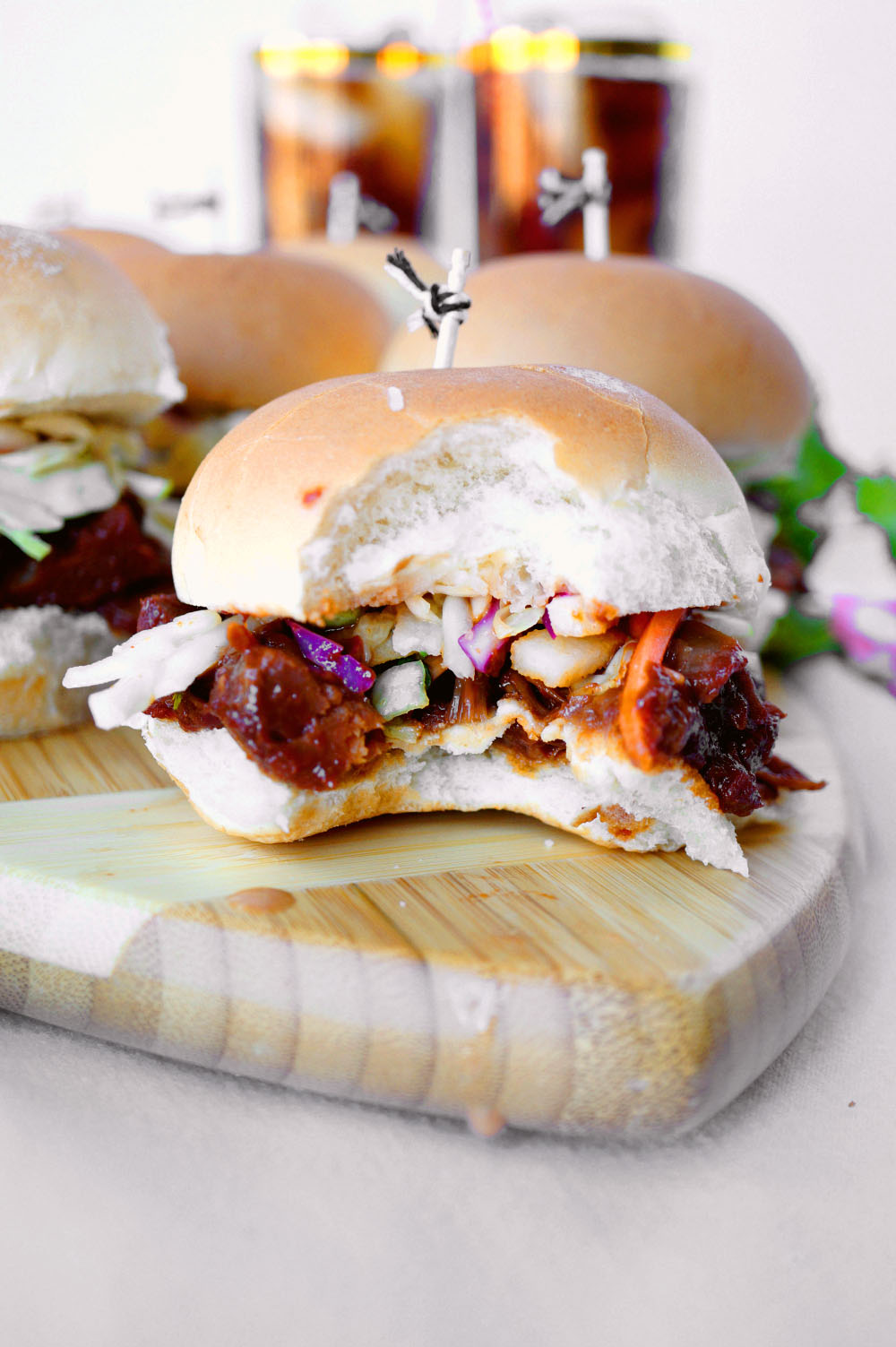 I hope you guys will whip up these vegan BBQ jackfruit sliders for the Super Bowl! Or just for fun 🙂 They're so tasty and seriously simple to make!