Enjoy the season's fresh zucchini with this tasty Vegan Cinnamon Swirl Zucchini Bread! It's so soft, sweet, and has an irresistible cinnamon sugar swirl throughout. 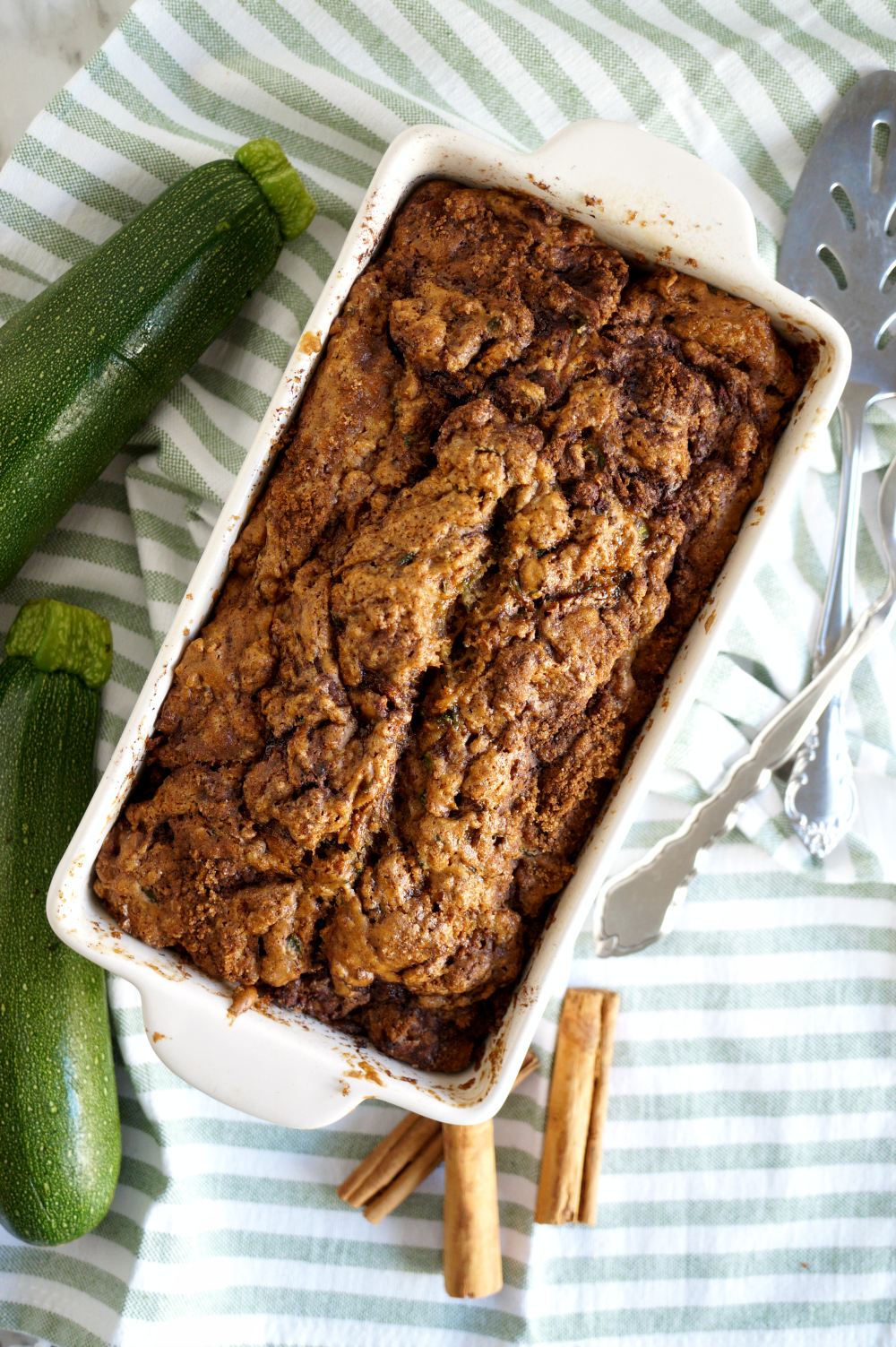 Happy Thursday, friends! I am so excited to be sharing this delicious recipe for Vegan Cinnamon Swirl Zucchini Bread today. Most of the kids are back in school this week (or will be going back soon), and fall will be here before we know it! I wanted to showcase summer's favorite veggie with at least ONE recipe before the spotlight was moved on to all things pumpkin. And if the warm, spiced cinnamon swirl is a little hint for the weather to cool off quicker, well... I'm not confirming or denying anything! But, I feel like this zucchini bread tastes like summer AND all the good things to come in autumn, wrapped up in one cute lil loaf. 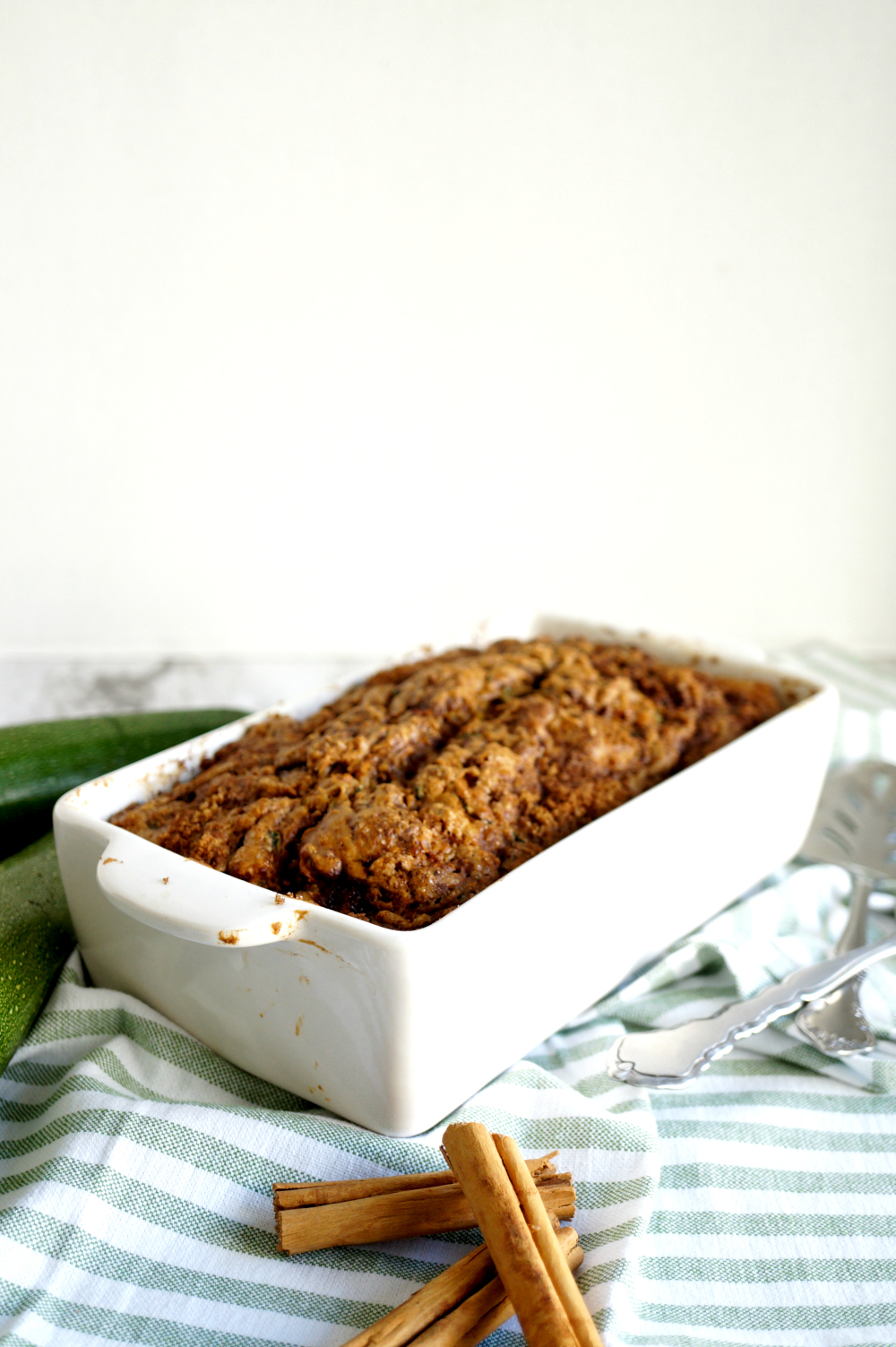 I have to confess I am not a die-hard zucchini fan. If you asked me how I feel about this vegetable, my answer would be... meh. I will eat it, and I do enjoy it, but it's not at the top of my favorite veggies list. It's also not at the bottom. It's firmly... in the middle. Mediocre. SORRY ZUCCHINI. This little zucchini bread somehow transforms the bland vegetable into something magic! The loaf is soft, fluffy, and packed with brown sugar, cinnamon, and little crispy caramelized bits. Why doesn't zucchini taste this good all the time? 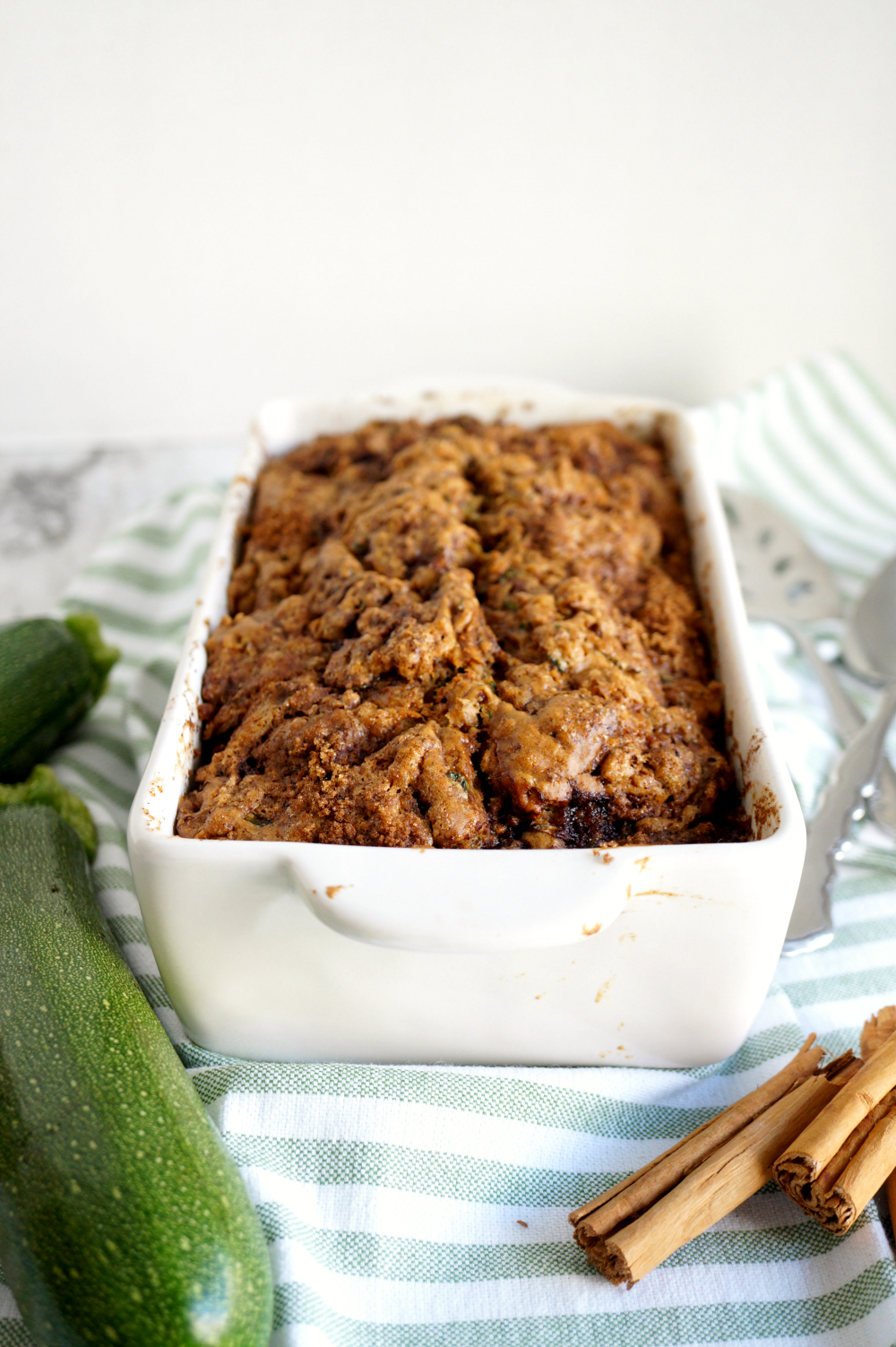 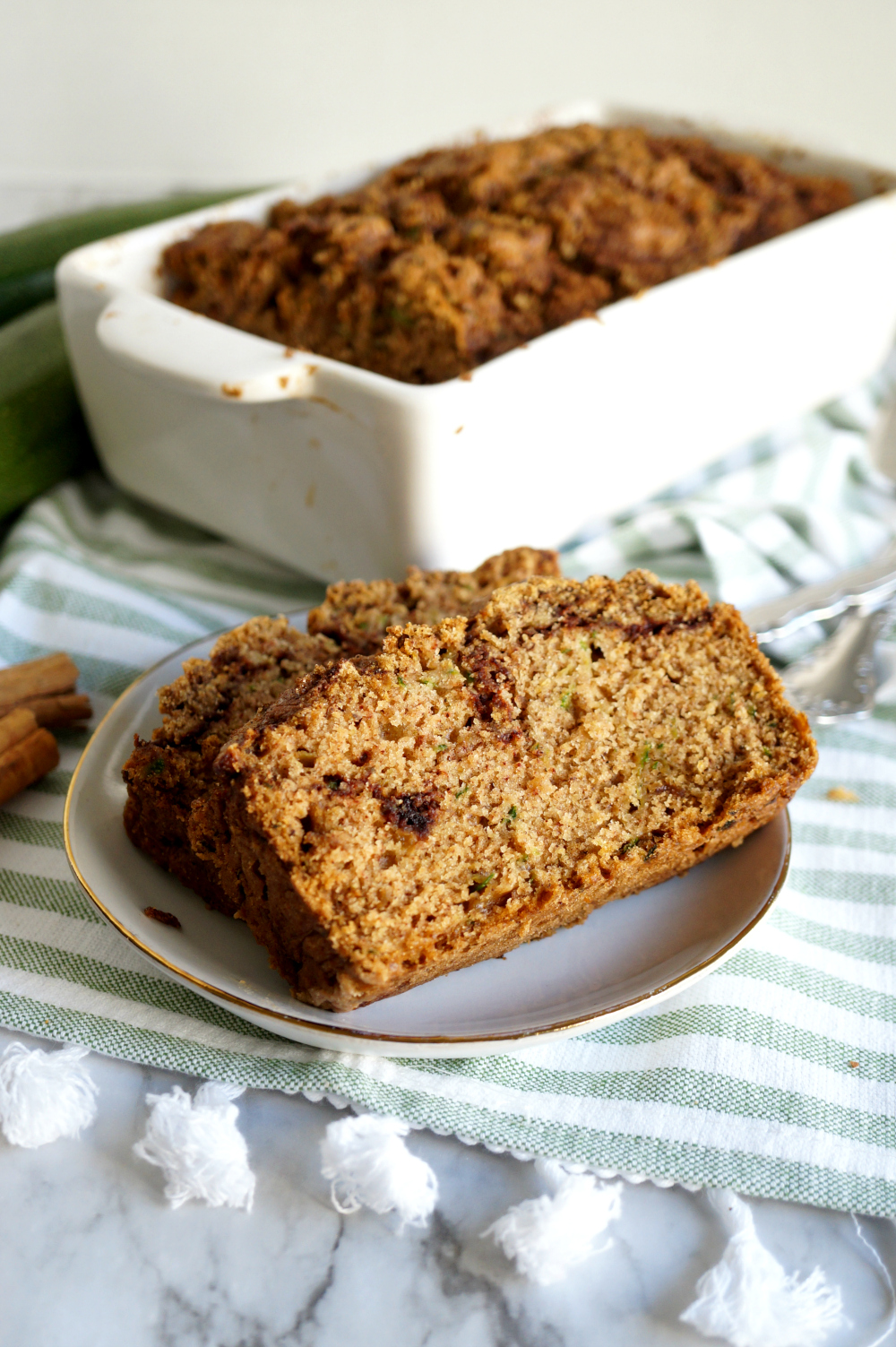 In some exciting blog news, this fall is gonna be BUSY BUSY. I have four themed/sponsored weeks coming up.... back to back. So basically most of September and October is gonna just be a ton of recipes! I'm excited and it's gonna be so fun but also, like... I should have probably started baking for those, um, yesterday?! I should probably also figure out what I'm making. But that's for me to worry about, not you! The only thing you should be worried about making is this cinnamon swirl zucchini bread, as soon as humanly possible! 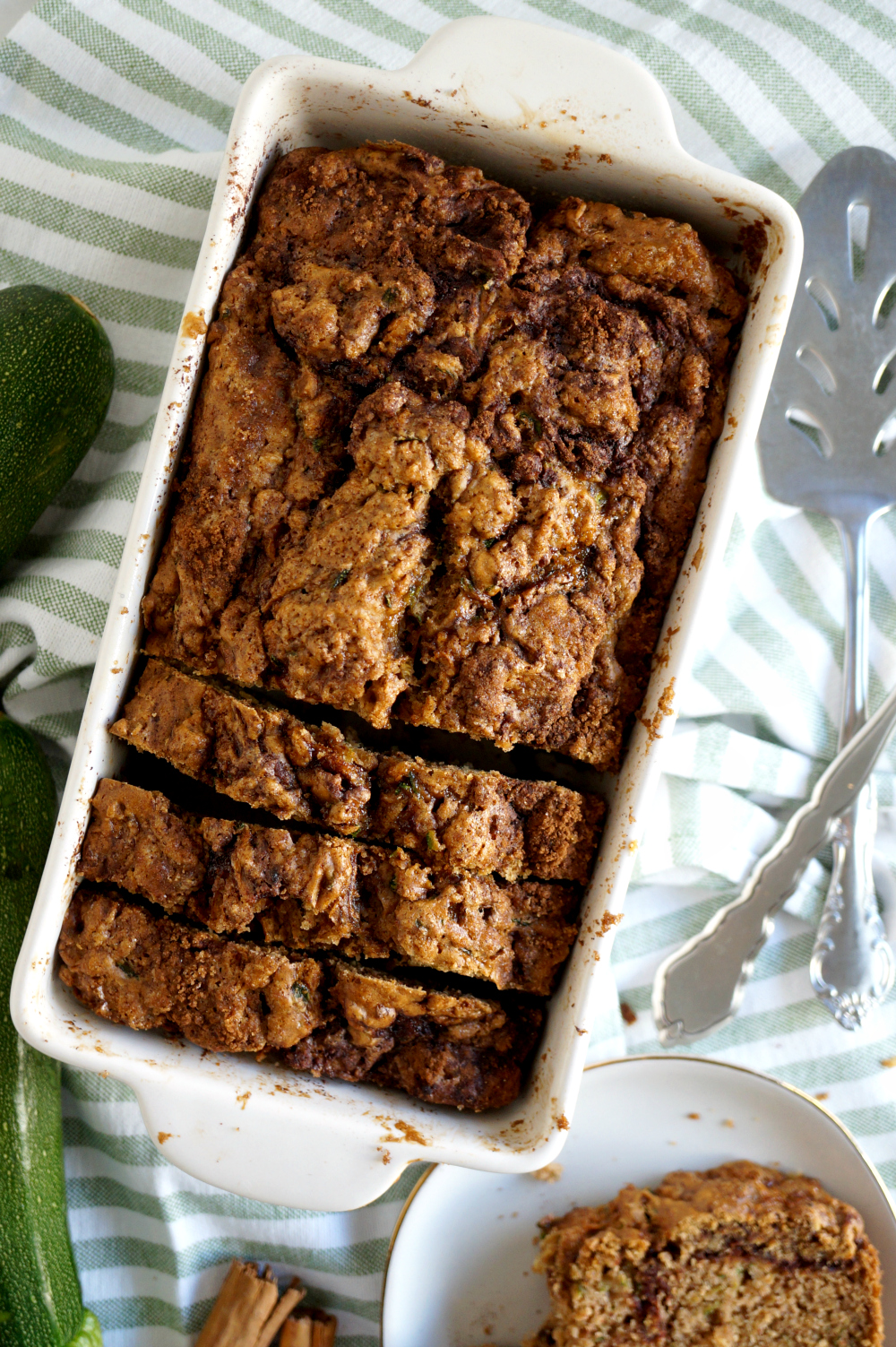 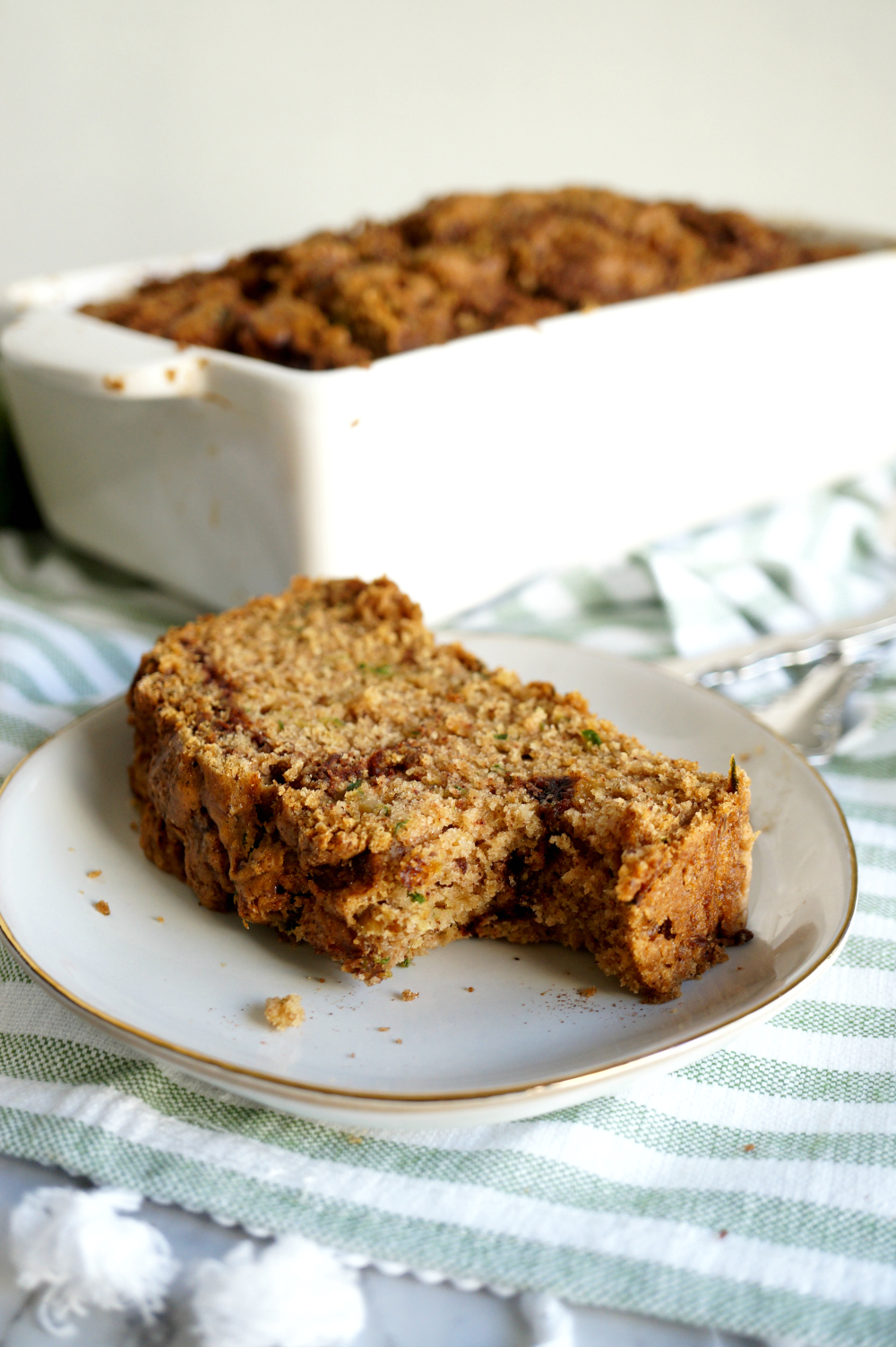 I hope you guys will give this cinnamon-tastic zucchini bread a try! If you think zucchini is boring like I do, it might be the thing to talk you into eating more of it! 😉

Check out these other great zucchini desserts!