This post and recipe was created for #AppleWeek! I was sent products by some of the sponsor companies but as always opinions are 100% mine. #ad

These Vegan Apple Almond Pancakes are delicious, fluffy, and so easy to make! Almond flour and vanilla bean paste in the batter makes these extra special. They're topped with apple-infused maple syrup for a scrumptious breakfast! 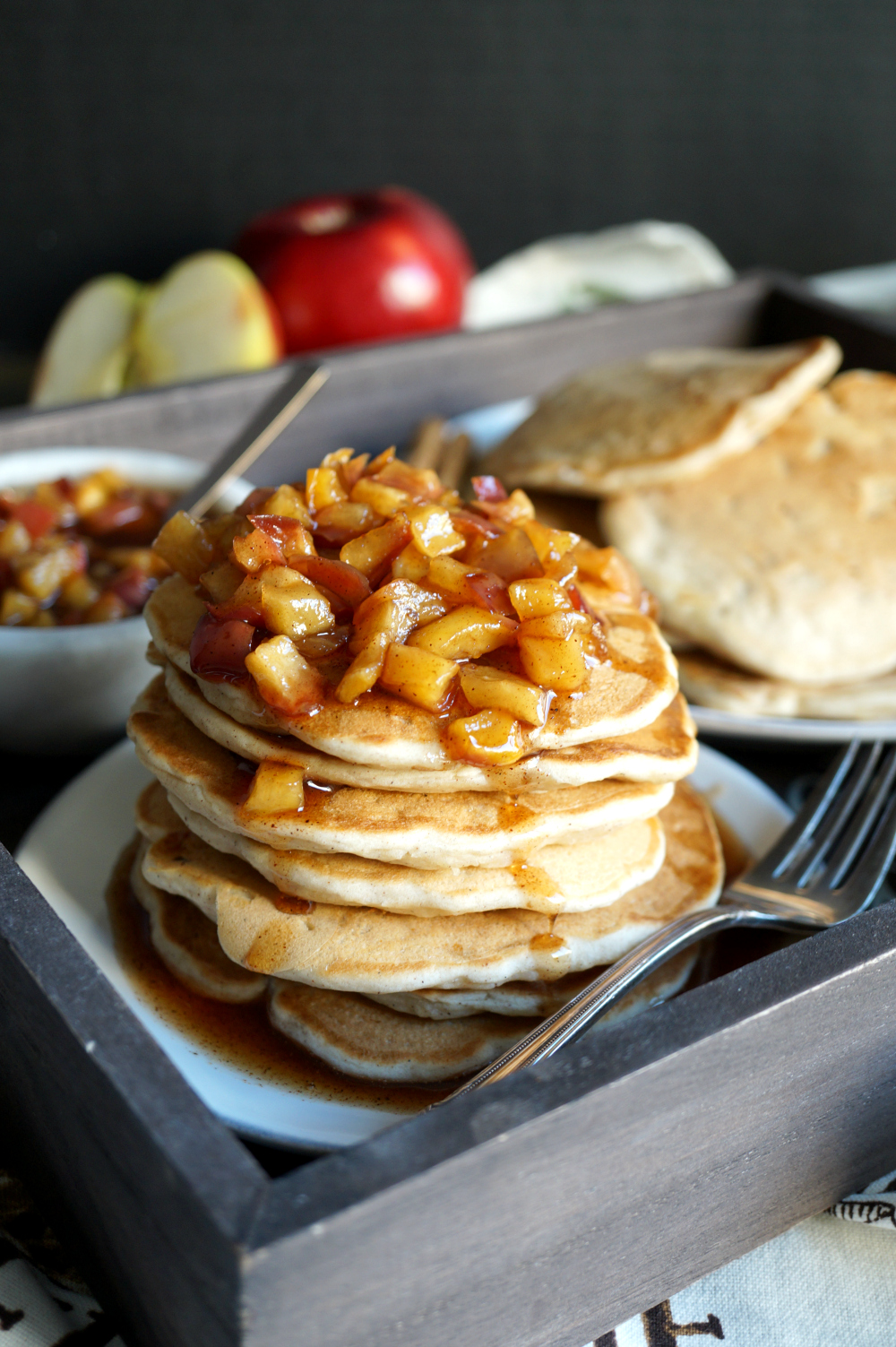 Helloooo friends, and happy Monday! I am so excited to announce that today kicks off #APPLEWEEK! Get ready for a whole week of apple deliciousness from me and a dozen of other blog friends. We have been working so hard on our fall-tastic recipes and I can't believe it is already time to share everything. To start off, I made you these Vegan Apple Almond Pancakes with Apple Maple Syrup! They are so fluffy, delicious, and the perfect way to start the day (or the week). Keep reading to get all the deets on these pancakes, and scroll to the bottom for all the details of the G I V E A W A Y! A big thank you to Camilla of Culinary Adventures with Camilla for organizing this fun event! 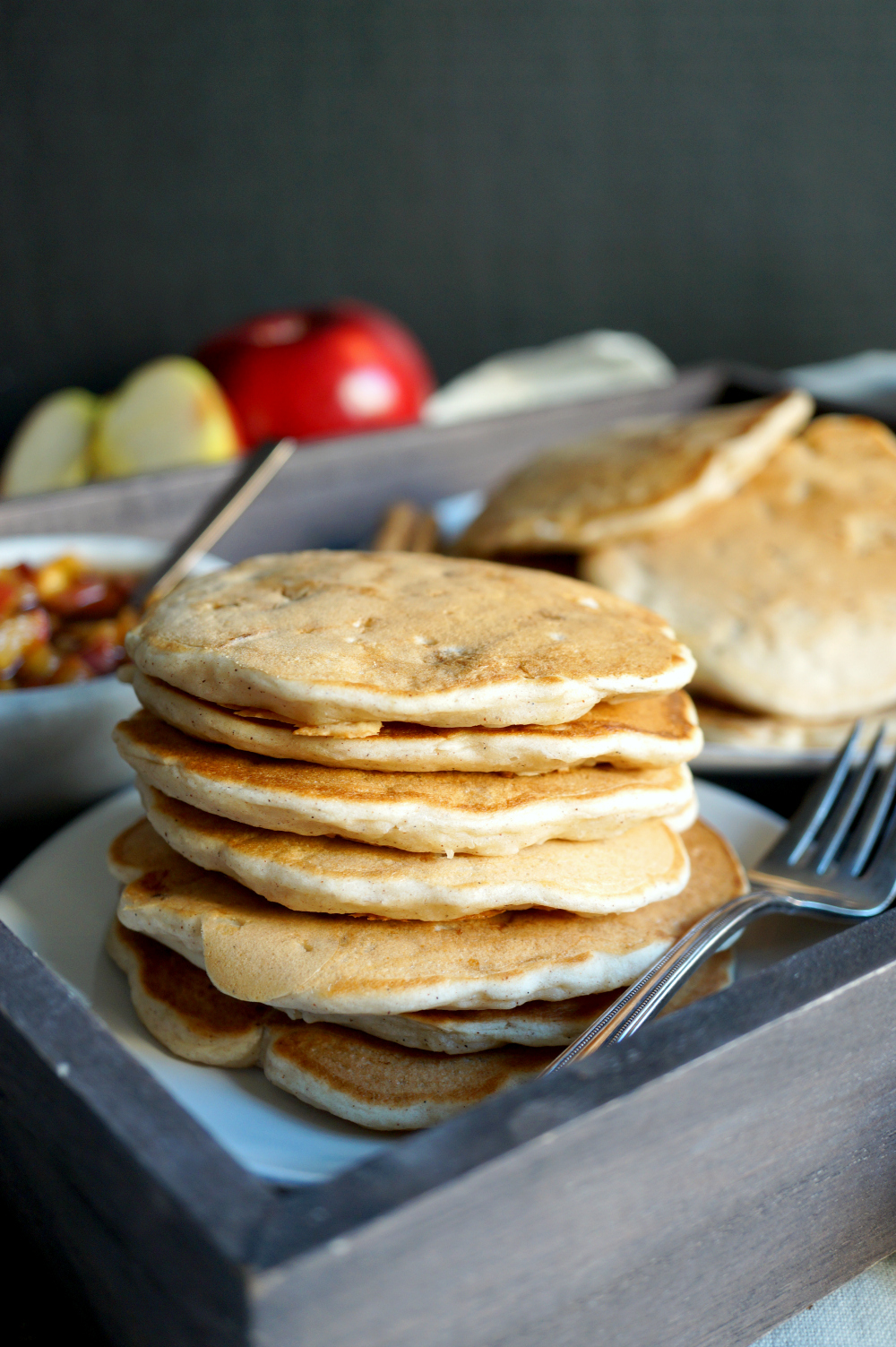 So, by now you guys are pretty familiar with how these themed weeks go. We have fun sponsors that provide US bloggers with ingredients to use in our recipes for the week, but they also all contribute to the GRAND PRIZE that you guys can enter to win! Some sponsors this year are repeats from last year, but most are totally new! One of the new sponsors for this year is Bob's Red Mill, which is a brand I absolutely love! They sent almond flour and superfine white sugar, both of which I used to make these apple almond pancakes. Another new sponsor is Taylor & Colledge, which sent us some fabulous vanilla bean paste to add to our baked goods. It's perfect for an extra kick of vanilla sweetness! 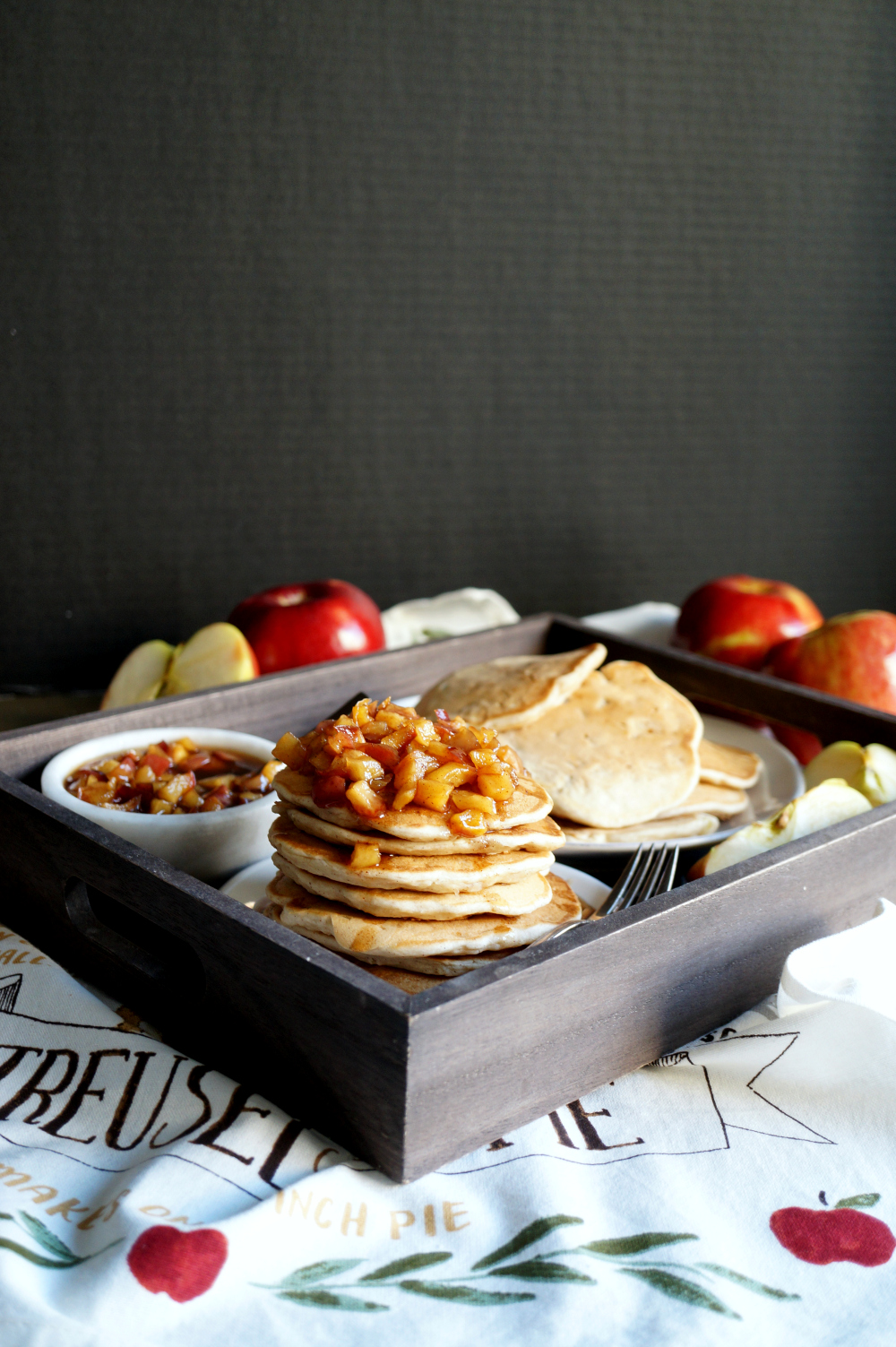 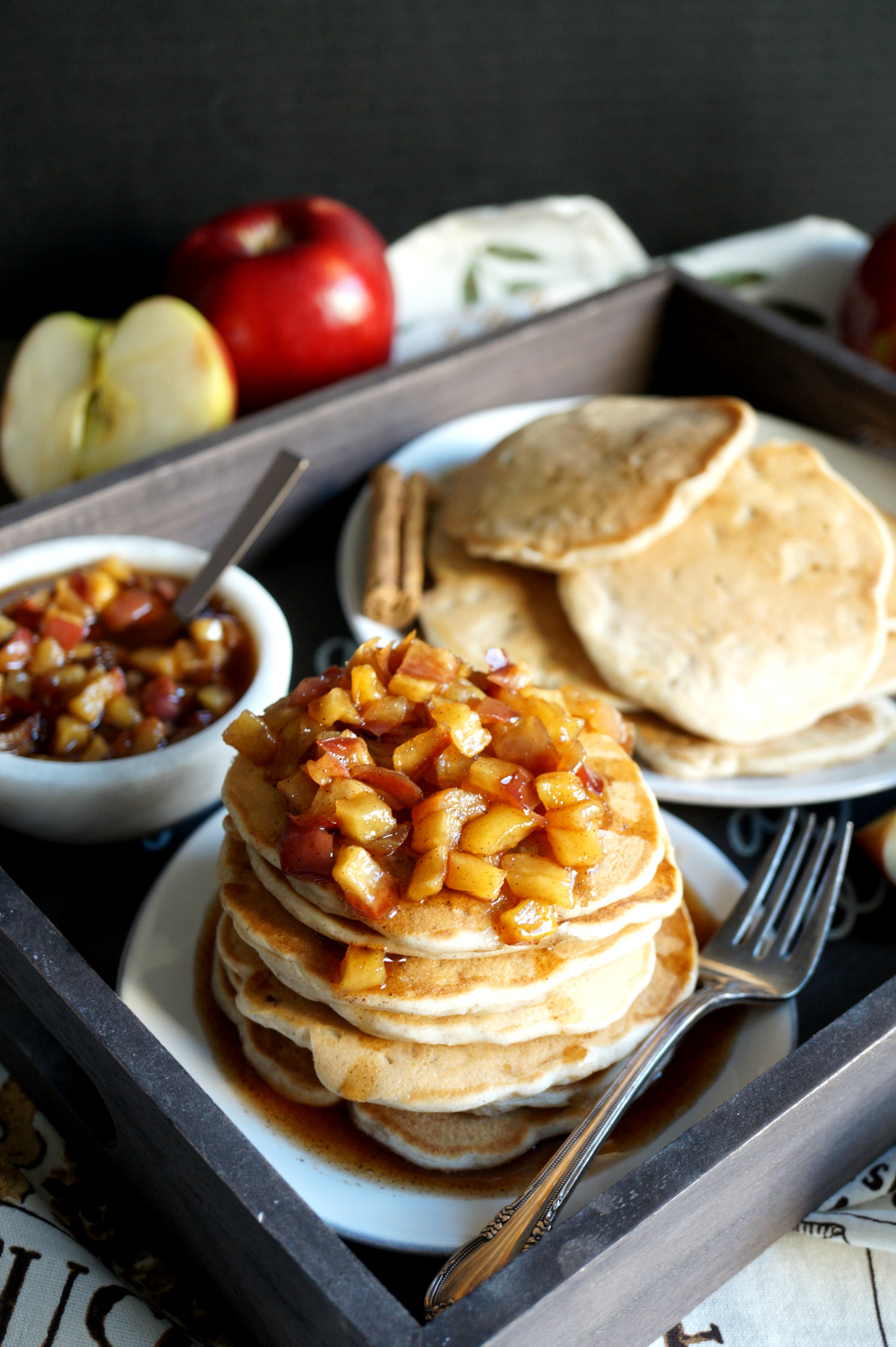 Ok, so let's actually talk about these apple almond pancakes. They are so soft, fluffy, and pack a ton of fresh apple chunks in the batter! The batter itself is made from both AP flour and almond flour which adds an extra layer of flavor and nuttiness. I also added a squeeze of Taylor & Colledge vanilla bean paste along with apple pie spice for the perfect fall flavors! The topping is then super easy - apple maple syrup. Literally just... apples cooked in maple syrup. It does not get any simpler than that! 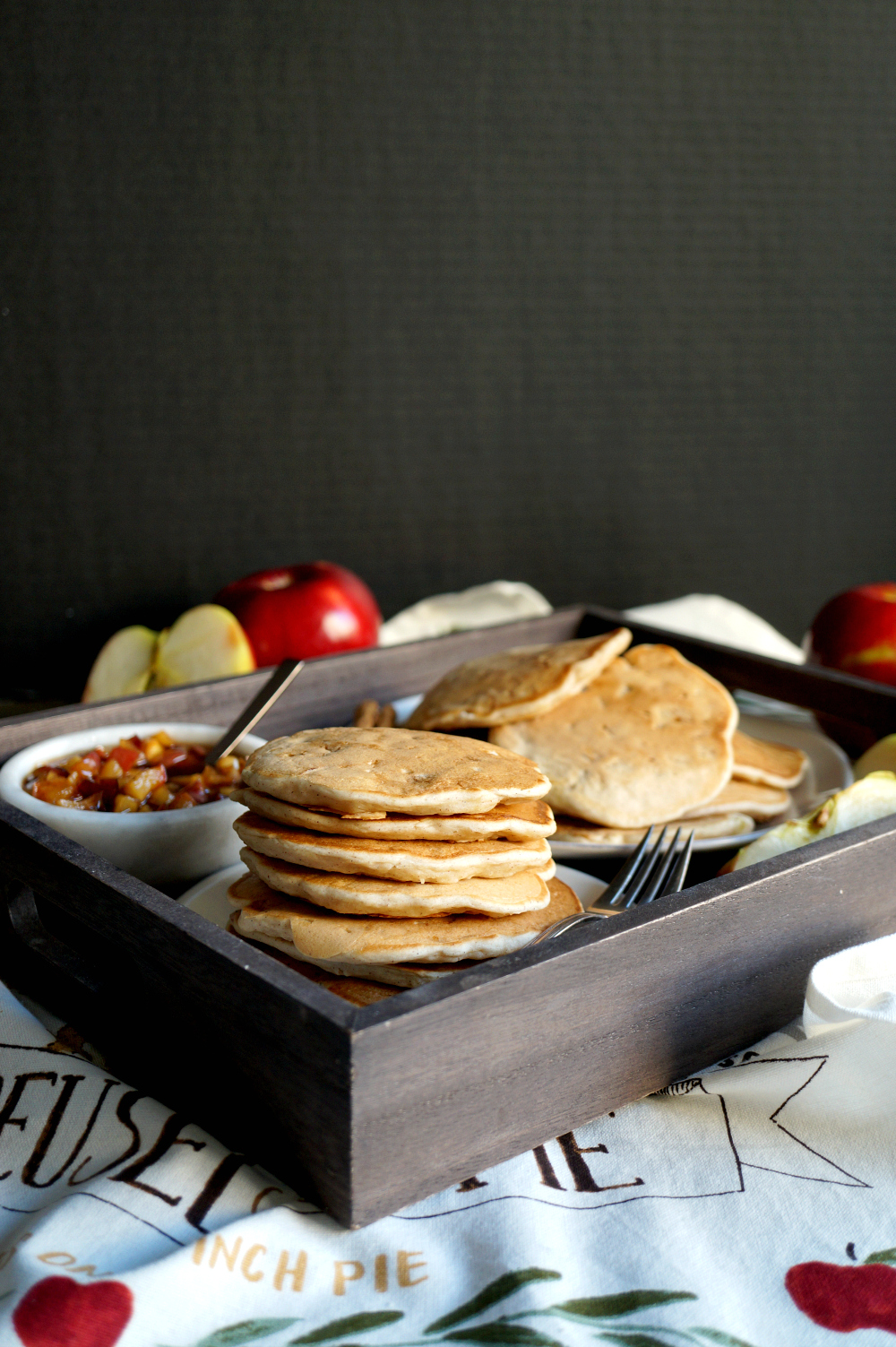 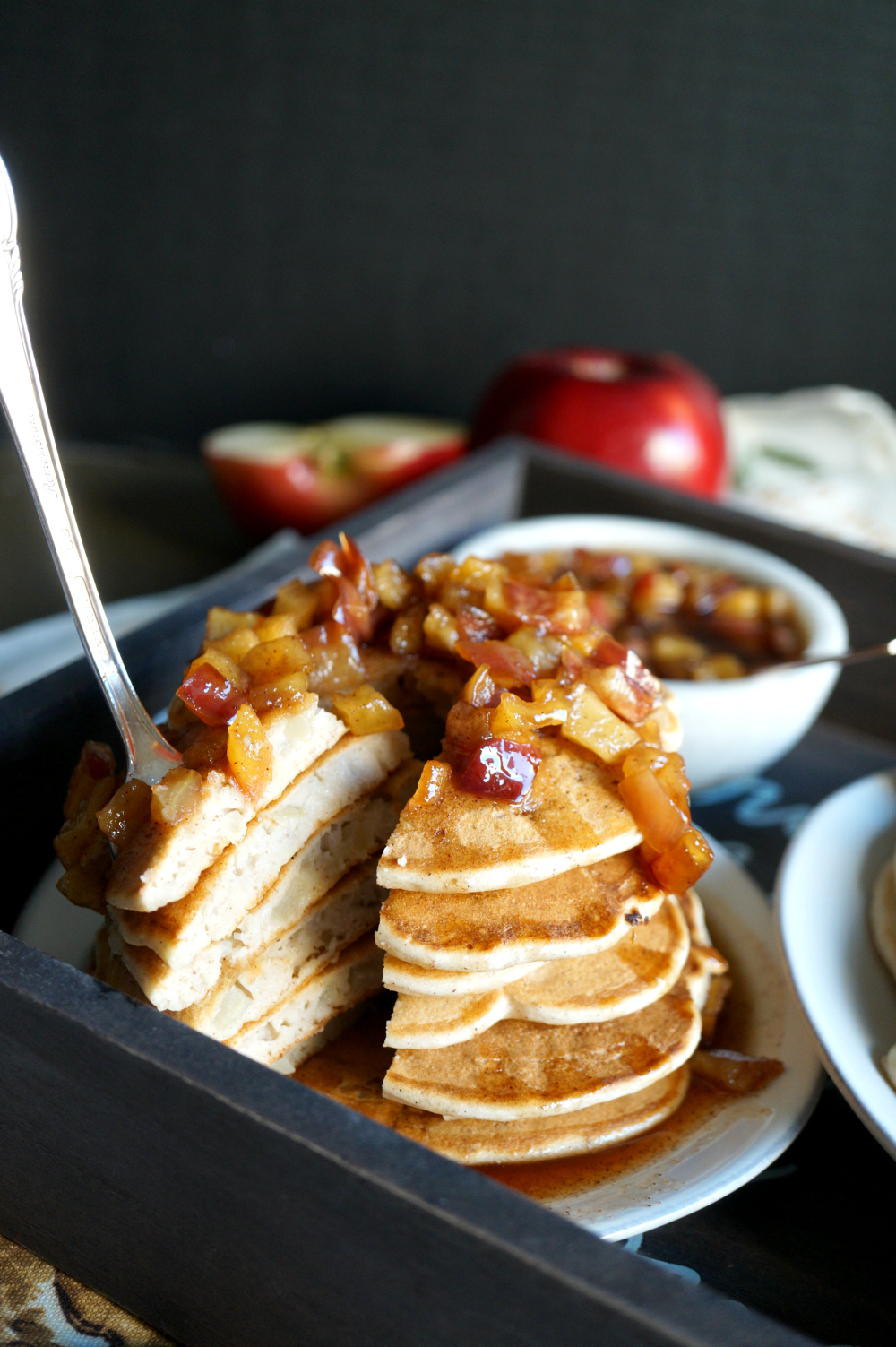 I hope you guys love these apple almond pancakes as much as we did! I actually ended up making a double batch and freezing most of the pancakes for easy breakfasts. They are working great so far! 🙂

If you need more apple inspiration, be sure to check out my posts from last year!