I received product samples from sponsor companies to aid in the creation of the #PumpkinWeek recipes. All opinions are mine alone.

These Vegan Savory Stuffed Pumpkins are the cutest thing you will make all fall! Tiny pumpkins are roasted and stuffed with quinoa, veggies, and vegan chorizo for a delicious plant-based main course. 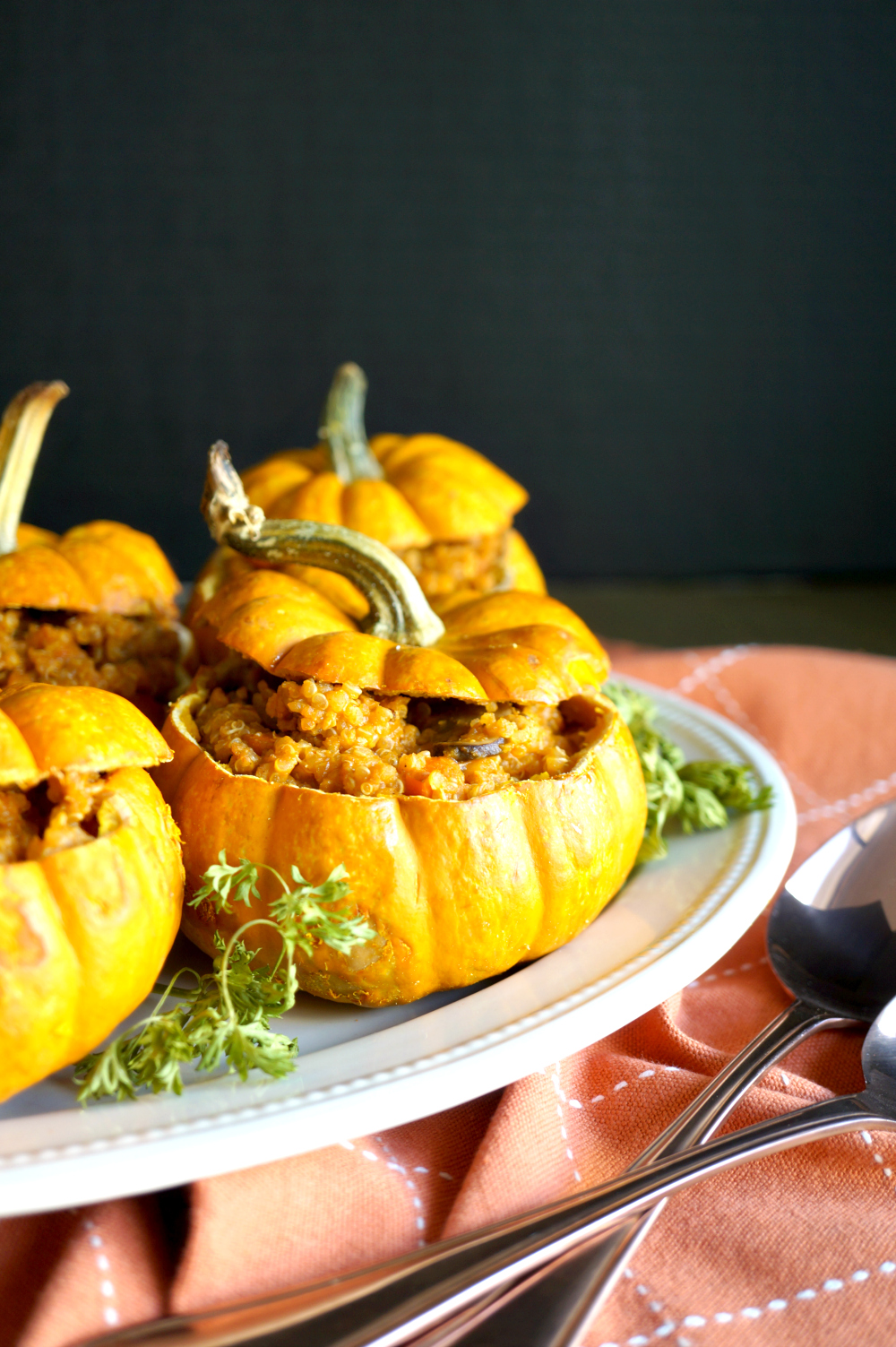 Happy Tuesday friends! Today is day 2 of #PumpkinWeek, and I am changing it up with a savory recipe! These adorable Vegan Savory Stuffed Pumpkins are made of tiny roasted pumpkins, hollowed out and then filled up again with a stuffing of quinoa, mushrooms, vegan chorizo, carrots, onions, and pumpkin puree. They are deceivingly simple to whip up and oh-so-cute. Who knew those ~decorative~ mini pumpkins they sell are actually totally edible and delicious?! 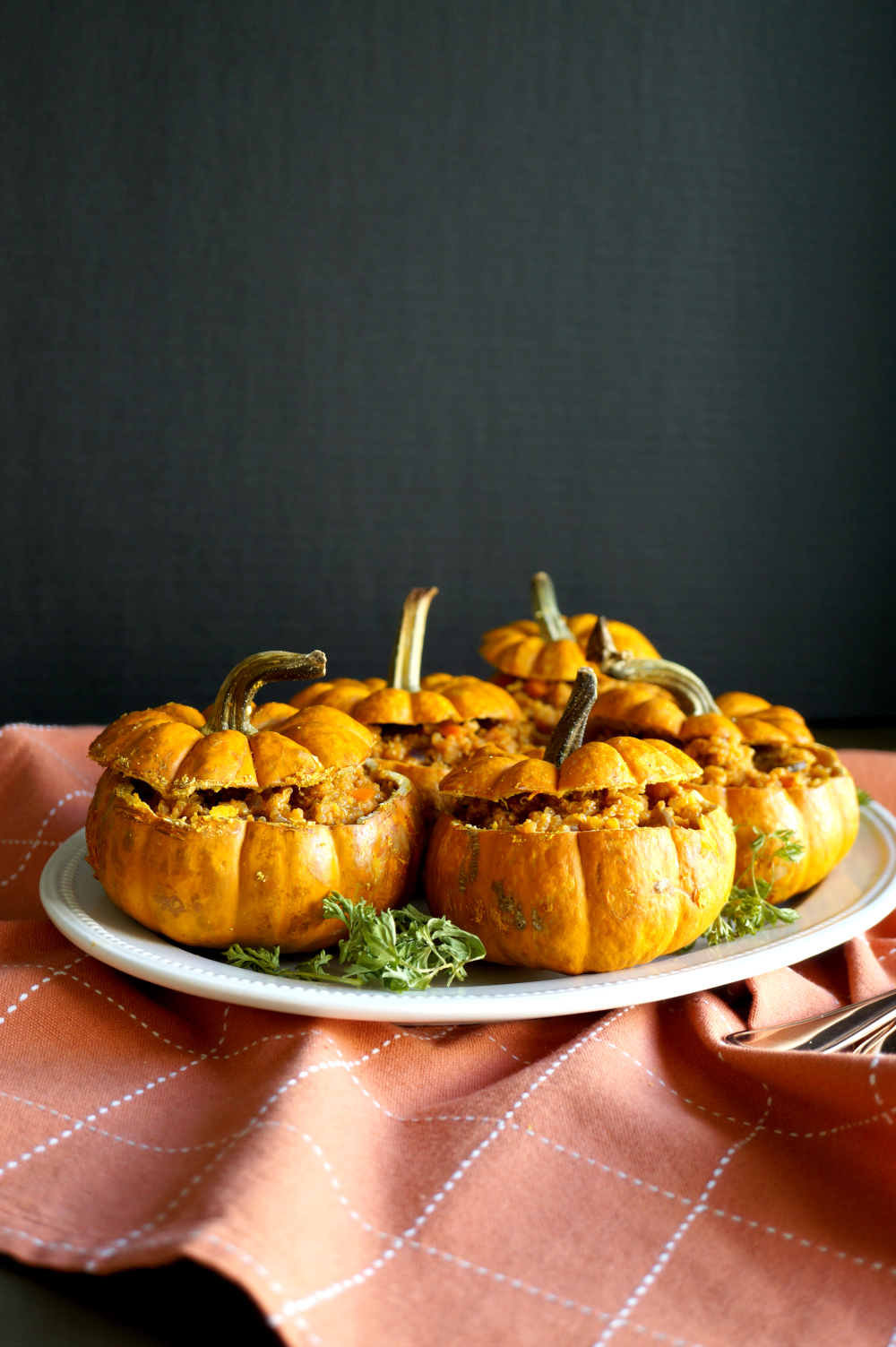 While everyone is obsessed with pumpkin season, you have to admit that savory pumpkin recipes are a little bit harder to come by! I just have these creamy pumpkin macaroni (a'la cheeseless mac & cheese) on the blog, and I have some roasted delicata squash and stuffed acorn squash from WAY back in the archives. But does winter squash really count as pumpkin?! ANYWAY. I digress. If you need more savory deliciousness on your fall menu, these adorable stuffed pumpkins are a must! They are super simple to make and it is very easy to change up the filling based on what you like. I meant to also add some kale or spinach to the filling but forgot. A hint of greens would be great in here! 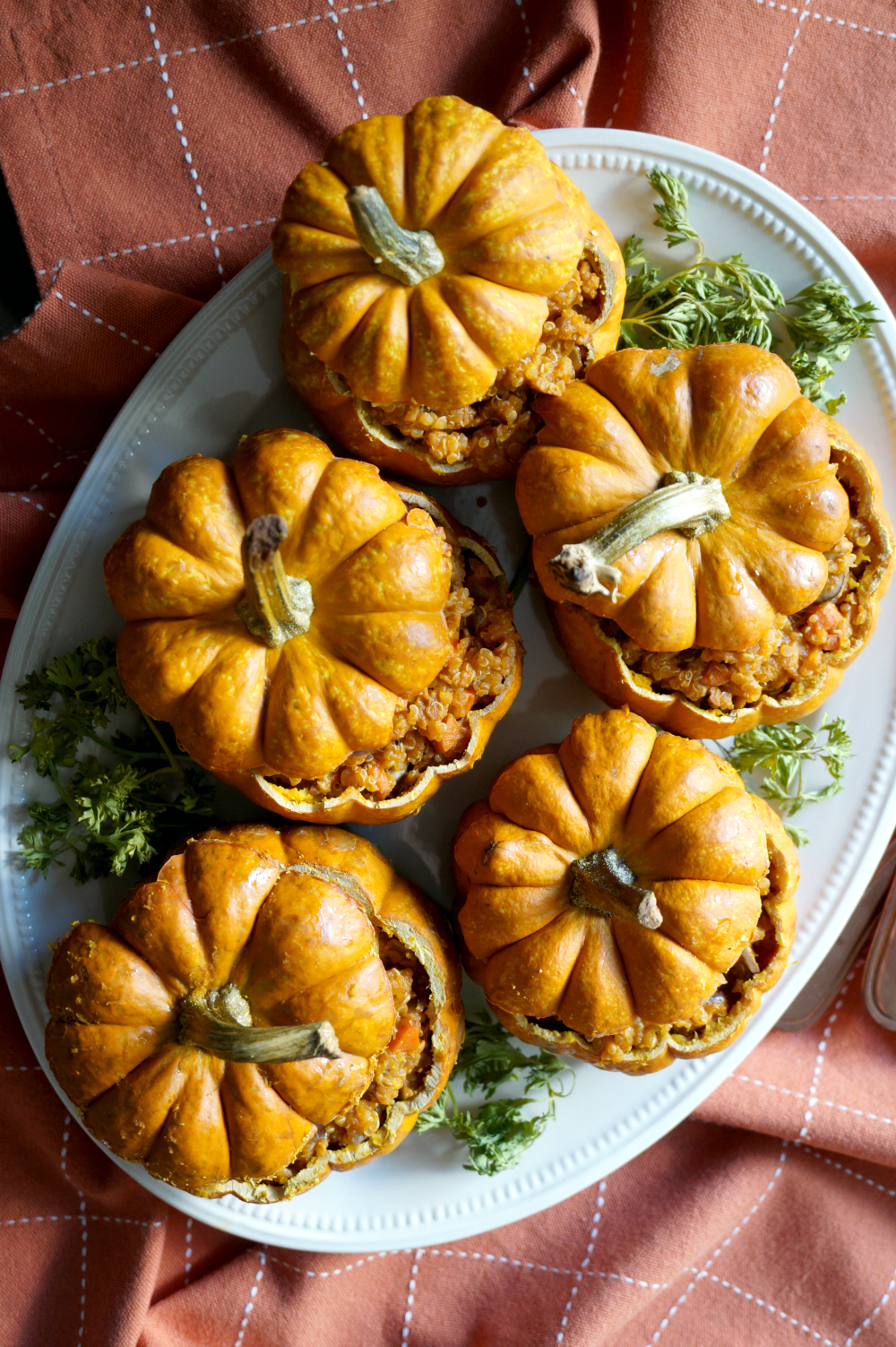 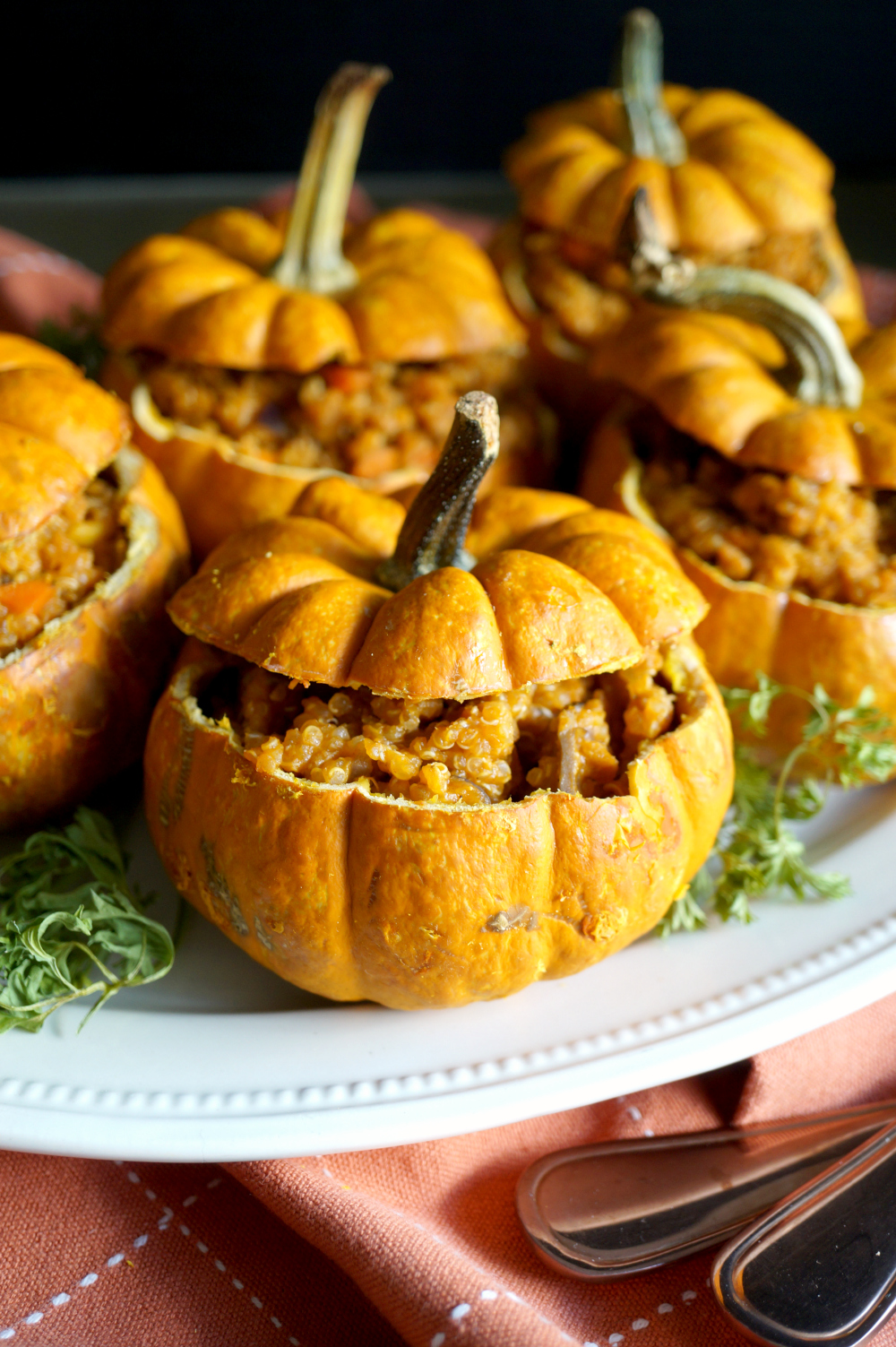 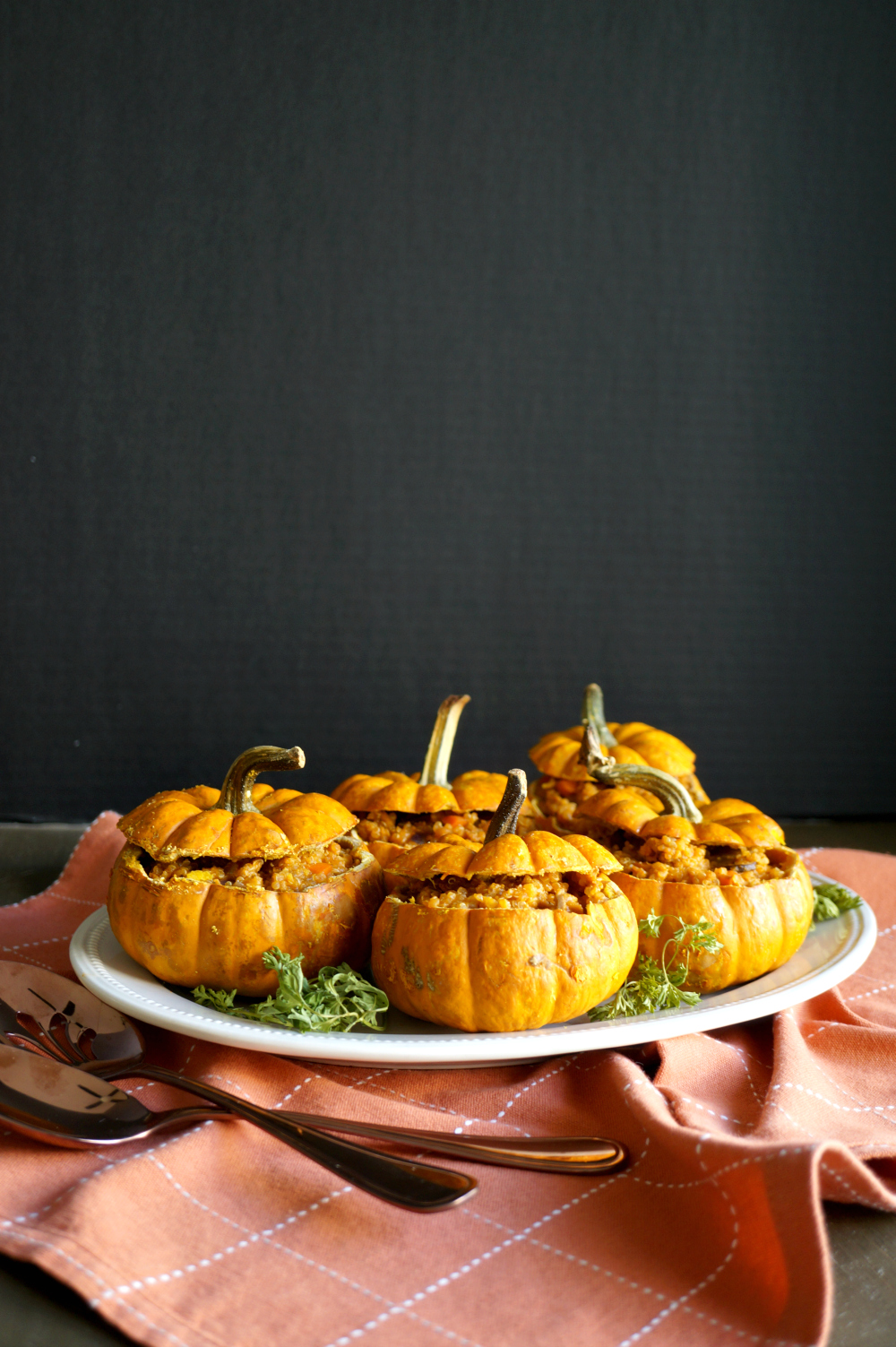 I hope you guys will give these vegan savory stuffed mini pumpkins a try. They are so delicious and such a fun way to celebrate fall. Don't forget the real reason for #PumpkinWeek though... a bunch of amazing prizes for our beloved readers. Check out the details and how to enter below, just scroll past the recipe!

Here are my planned #PumpkinWeek recipes!