These Vegan German Chocolate Cupcakes are rich, chocolatey, and delicious! Fluffy chocolate cakes are topped with coconut-pecan frosting and chocolate buttercream for a decadent treat. 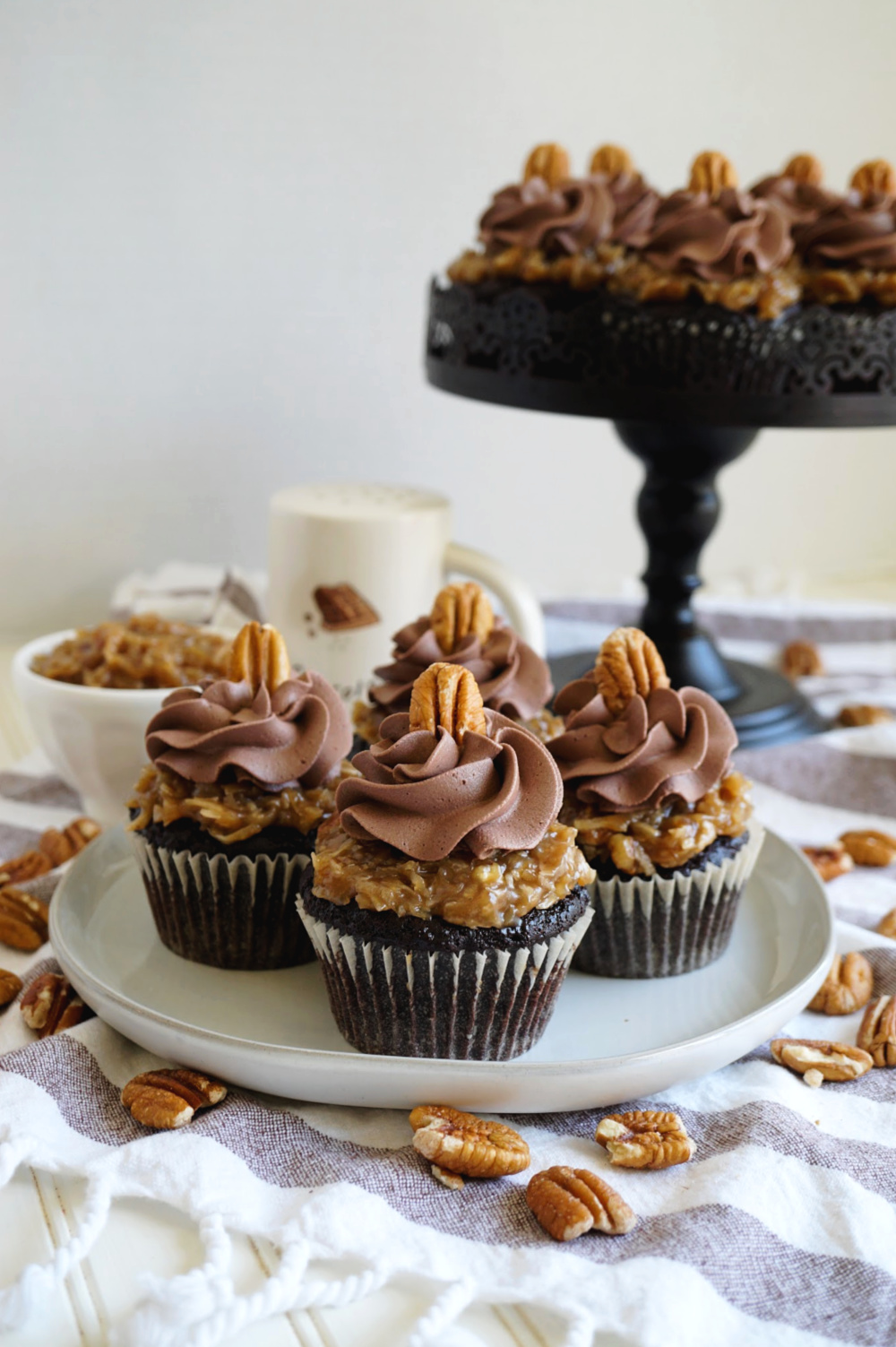 Hello my lovely friends and happy Saturday! Today is a fun occasion... it is National Cupcake Lovers Day! You may remember I organized a little blog event for this day last year, and I thought it would be fun to do it again. I got some blogger friends together, and we have over a dozen delicious cupcake recipes for you to try! I made you some Vegan German Chocolate Cupcakes which are seriously phenomenal. Fluffy chocolate cupcakes, homemade coconut-pecan frosting, and rich chocolate buttercream on top! These are just layers upon layers of deliciousness. I promise you won't be disappointed! 🙂 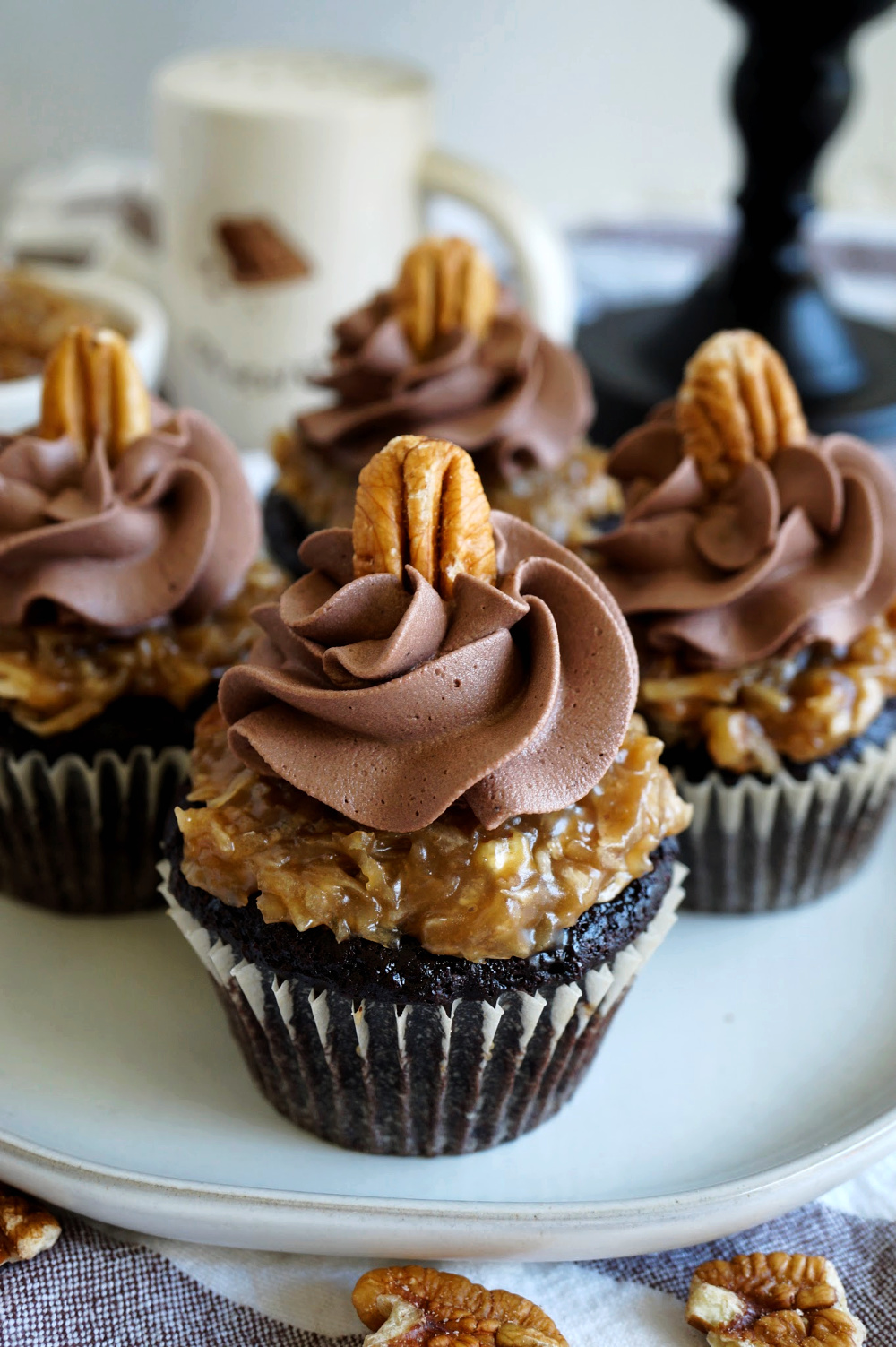 So, a few words about German chocolate cupcakes. Did you know that German chocolate cake is not named that way because it comes from Germany, but is actually named after the baker Samuel German who created "sweet baking chocolate" and this specific cake + frosting combination to showcase it. The more you know, huh! You guys already know that I'm a huge chocolate lover based on the recipes on this site, and the addition of the caramelized coconut & pecan frosting and fluffy chocolate buttercream are just the cherry on top! Actually - based on my Google search, it's quite traditional to put maraschino cherries on top of a German chocolate cake! 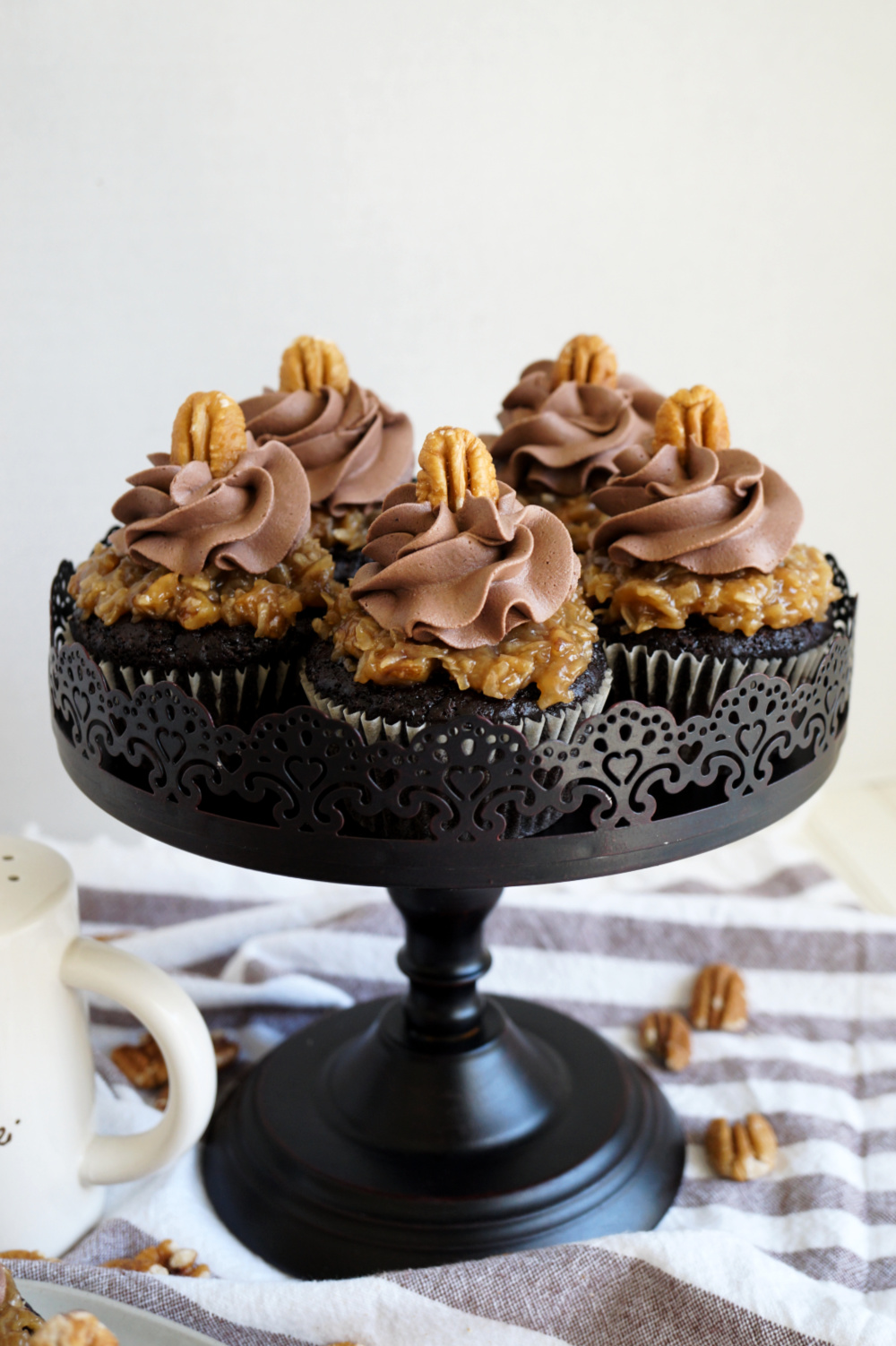 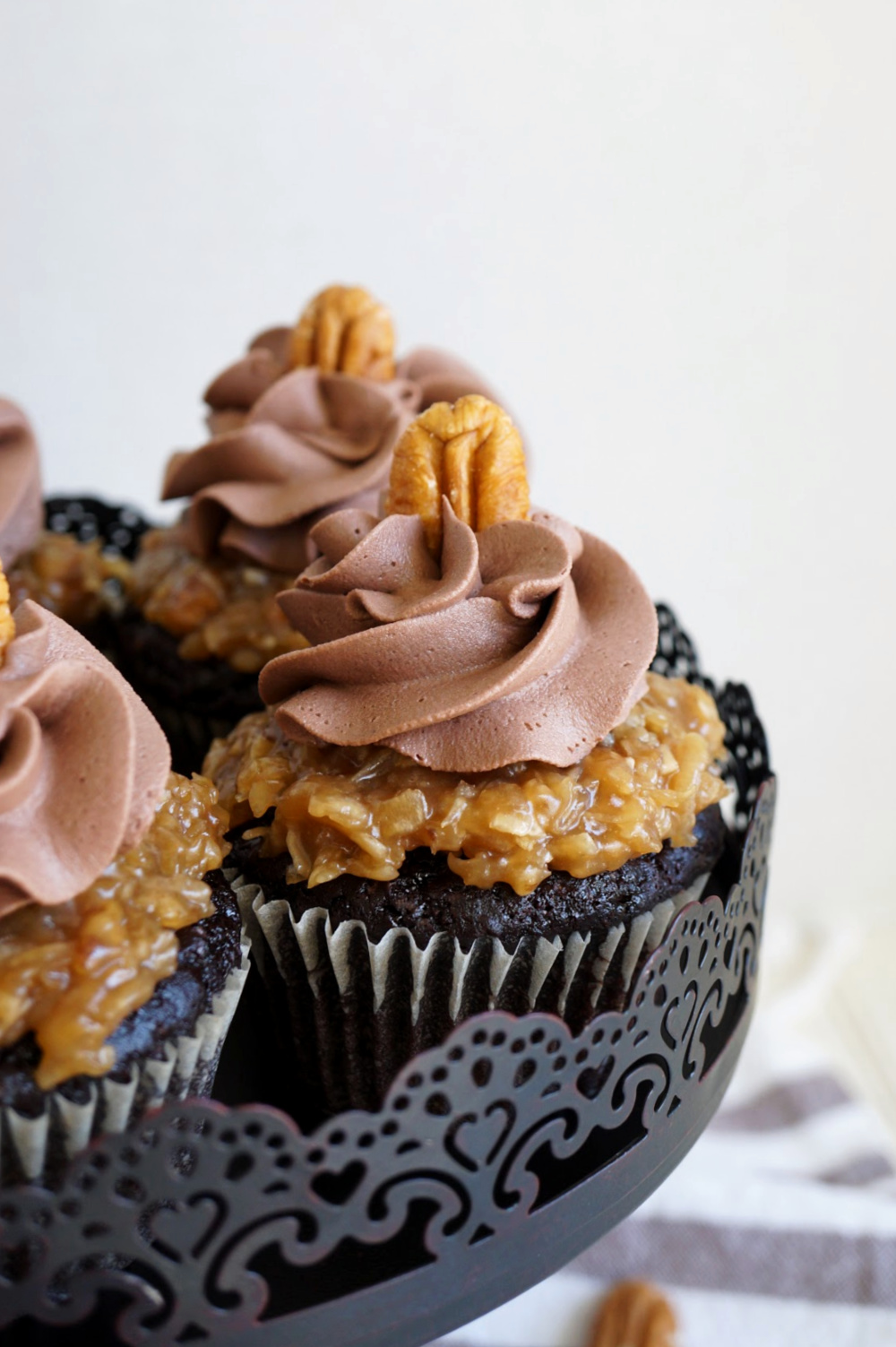 What do I need to make vegan german chocolate cupcakes? 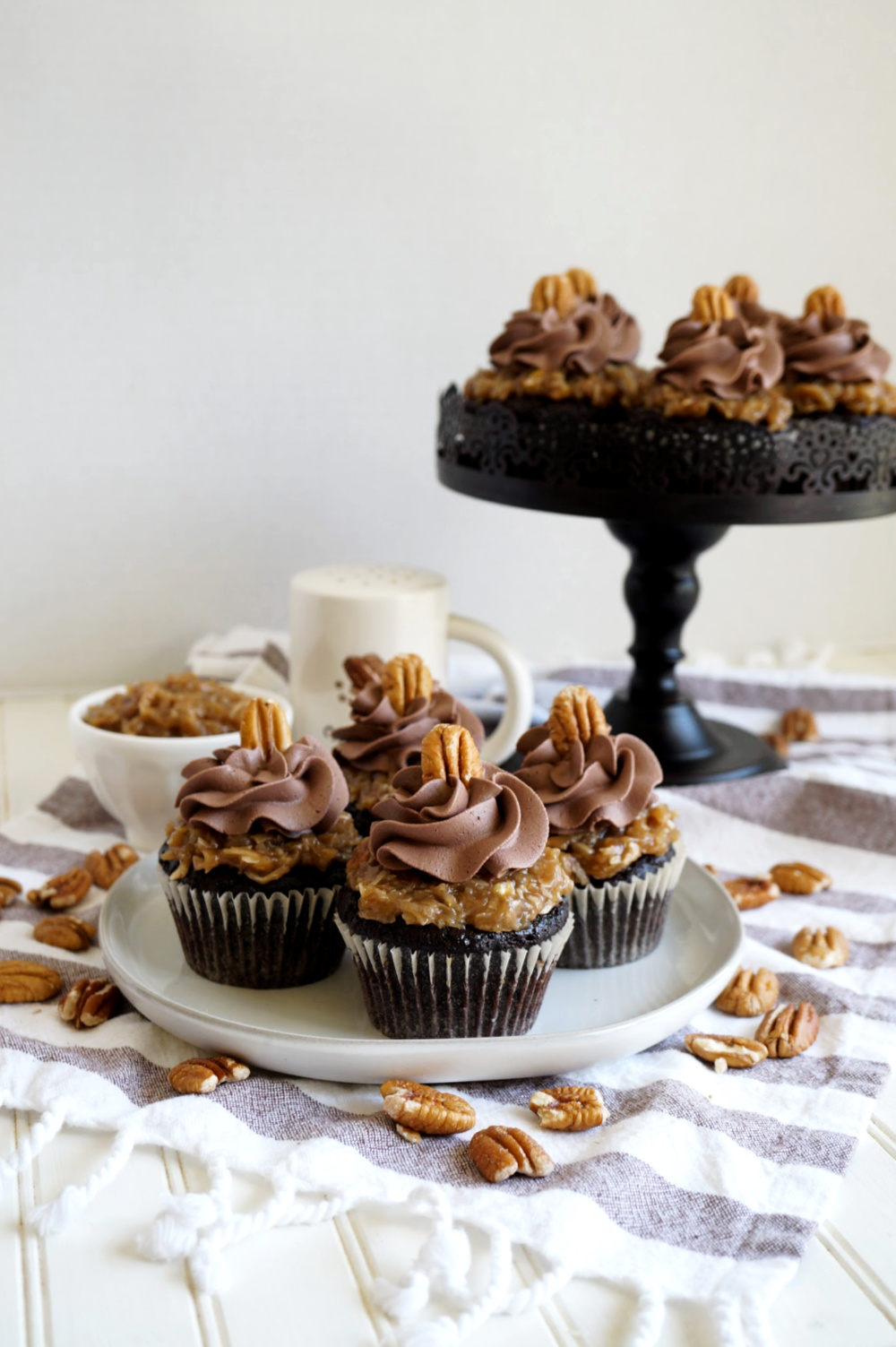 Like I mentioned, this is a group event so be sure to check out all my blogger friends' delicious creations!

Hosted by Valentina | The Baking Fairy 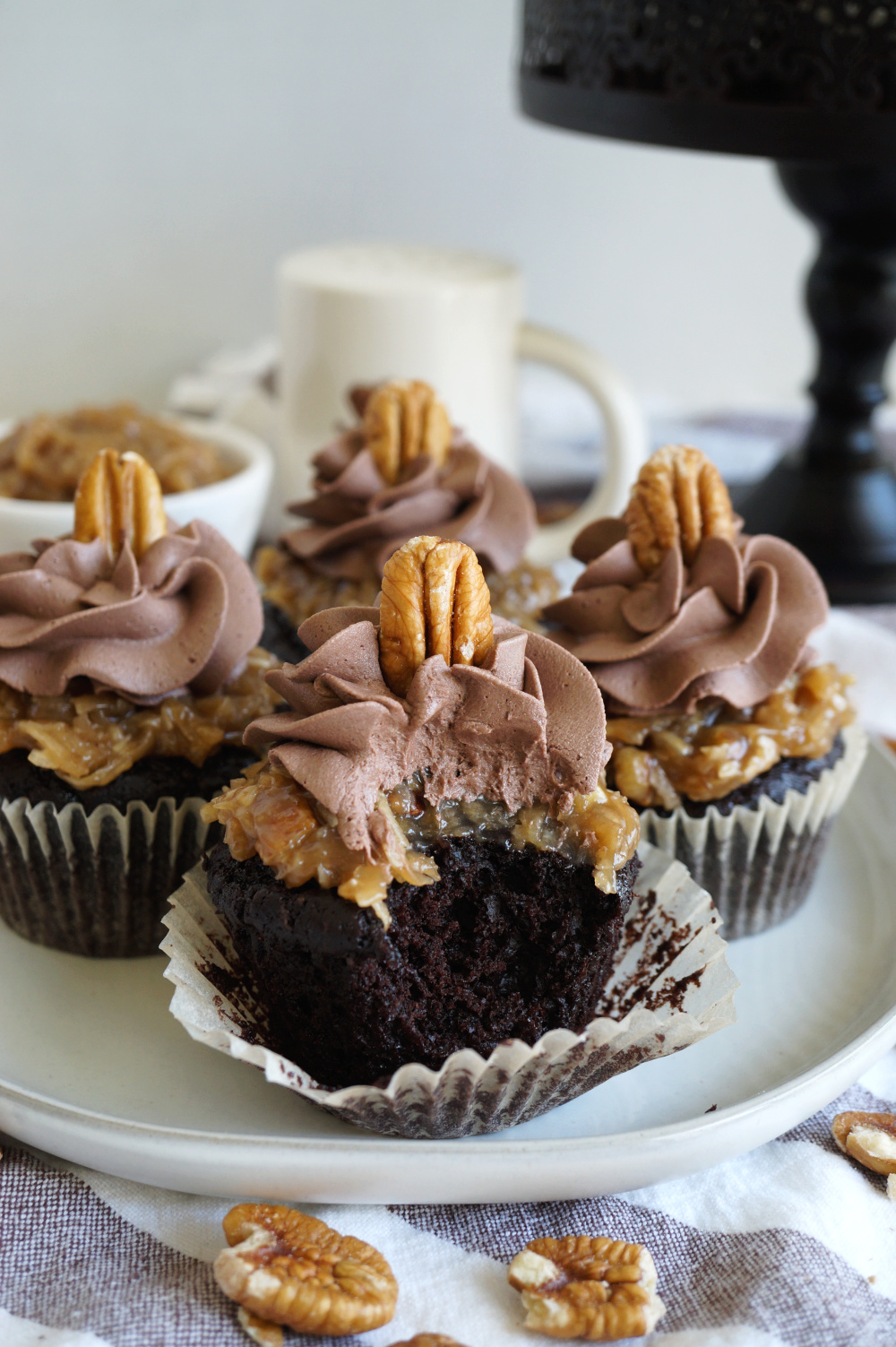 These vegan German chocolate cupcakes are absolutely delicious! I hope you guys will celebrate National Cupcake Lovers Day with us and whip up some of these fabulous treats!

{thank you Mom in the City for the coconut pecan frosting recipe!}

Save Print
Prep time
30 mins
Cook time
20 mins
Total time
50 mins
These Vegan German Chocolate Cupcakes are rich, chocolatey, and delicious! Fluffy chocolate cakes are topped with coconut-pecan frosting and chocolate buttercream for a decadent treat.
Author: Valentina | The Baking Fairy
Recipe type: Cupcakes
Serves: 15
Ingredients
Instructions
3.5.3251
*Disclosure: I am part of the Amazon Associates Program, and there may be affiliate links on this page. If you buy anything through my website, I will receive a small percentage of the profit at no extra cost to you. Thank you for supporting my blog!*
« vegan fried chick'n sandwiches {made with oyster mushrooms}
vegan strawberry pistachio crisp » 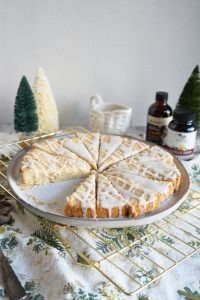 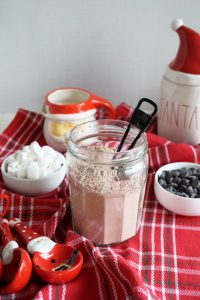 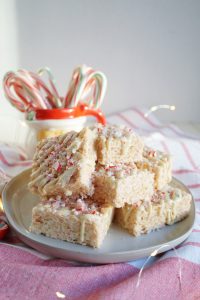 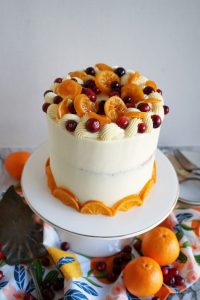 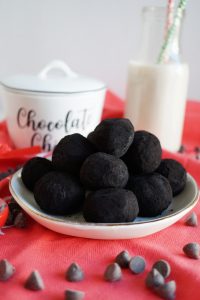