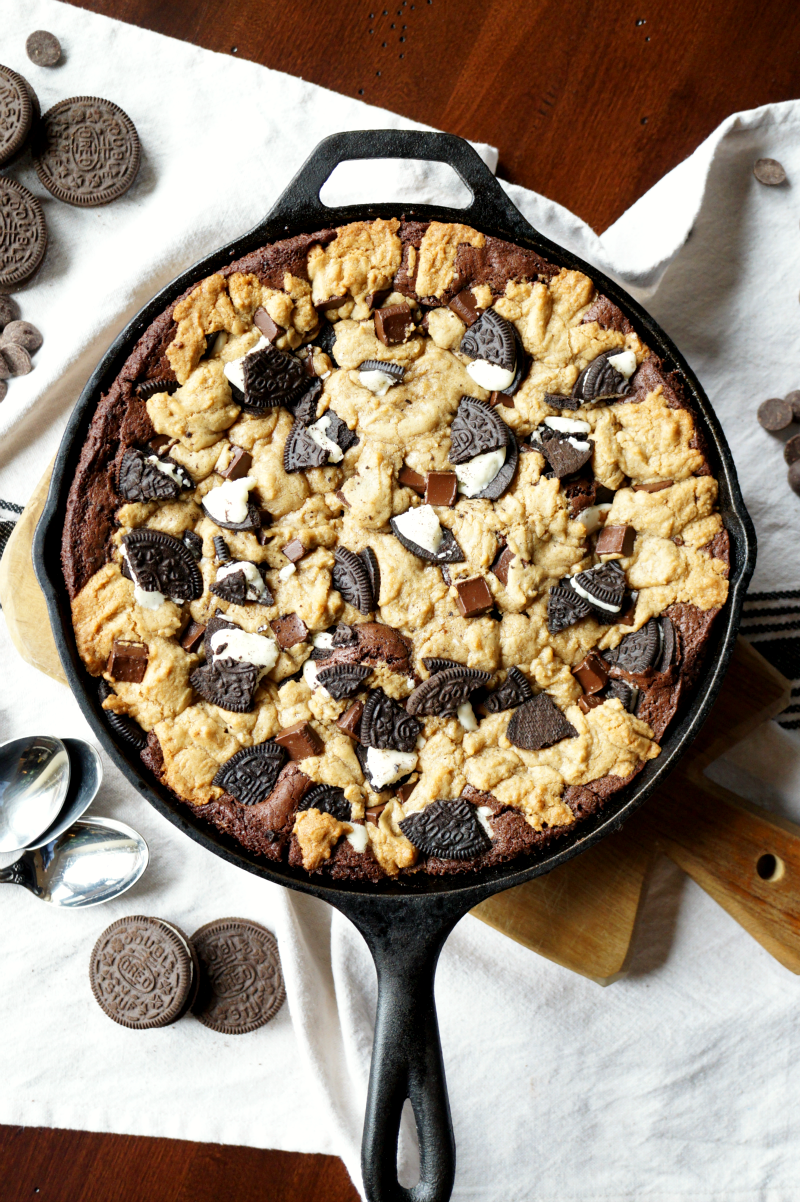 Okay, I feel like I should start this blog post by clarifying that Slutty Brownies are an actual thing, and that I didn't come up with the name myself 😉 This mythical edible creation was first made by Amanda over on the Kevin & Amanda blog, though under a much more innocent name. The incredible combination of brownie/cookie dough/Oreo has been done by countless bloggers since, and while I had never made them myself, I just knew they had to be incredible! I decided to change things up a bit, and make them in a cast-iron skillet, because let's be honest- any excuse is a fine one for using it! 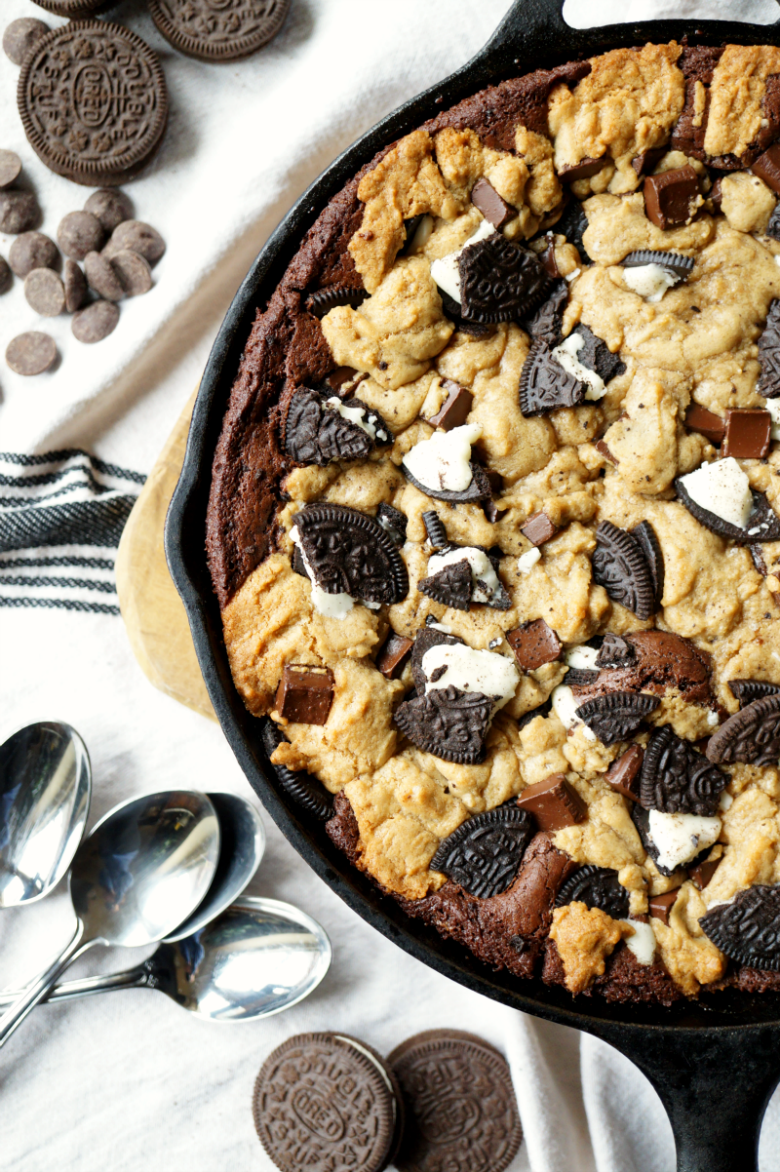 To create this show-stopper, I decided to combine my beloved One-Bowl Truffle Brownie batter and my go-to Chocolate Chip Cookie dough, and add several handfuls of crushed Oreos in between the layers. Oh. Em. Gee. The brownies and the cookies by themselves are pretty spectacular when baked, ya know, as intended, but combining them as skillet brownies {brookies?} and adding Oreos made this seriously incredible! Imagine like... a Pizzookie on crack. That's basically what you have here. 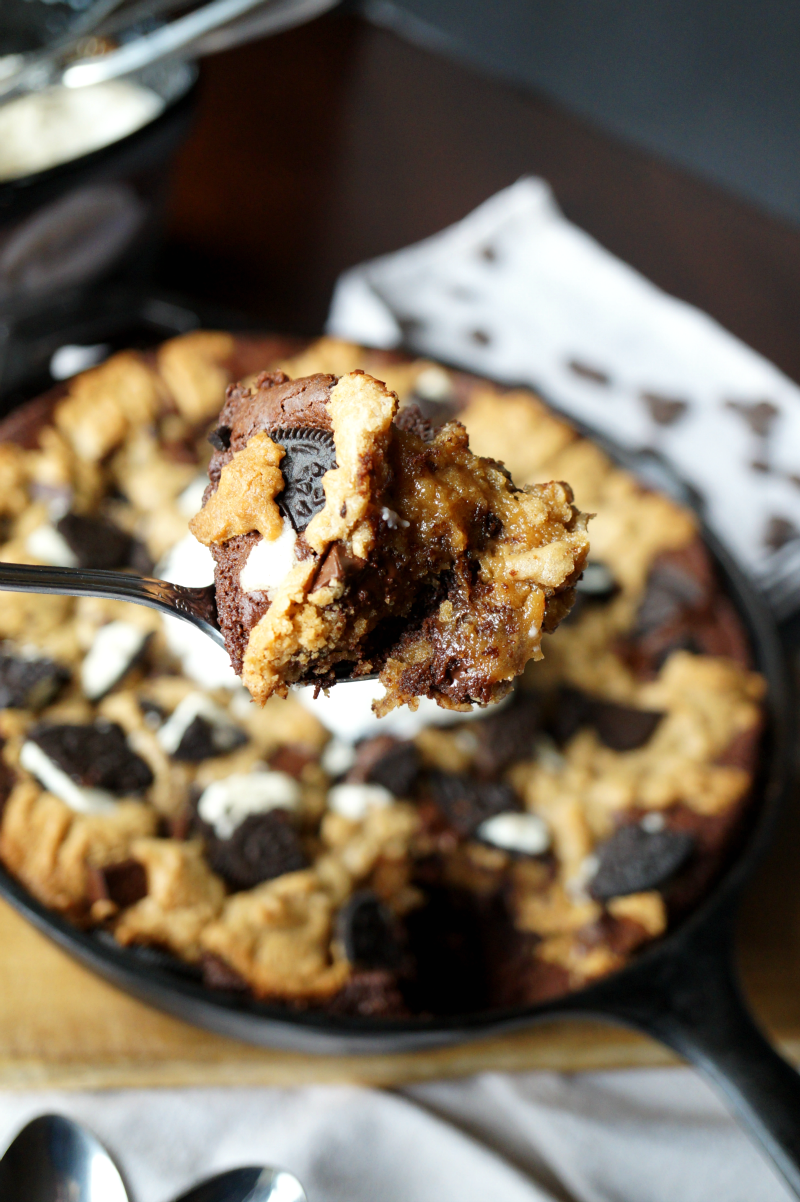 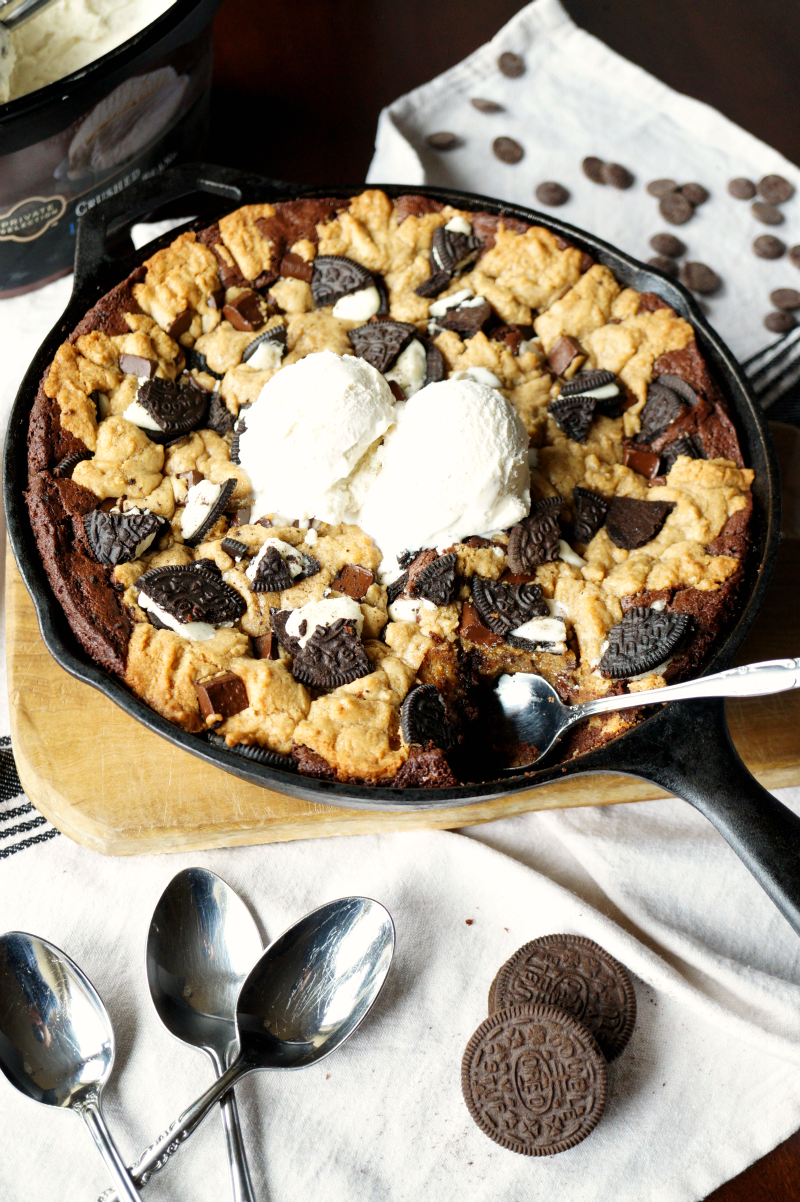 I'm a firm believer that many things taste better when made in a cast iron skillet. Maybe {probably?} it's just a mental thing, since things baked in a cast iron skillet just look so pretty and put together and photogenic. I don't know. But I've made a healthy vegan skillet brownies and eggs poached in tomato sauce and berry chocolate cinnamon rolls all in my cast-iron skillet and they were just extra-cute and extra-delicious. Okay, so it's totally a mental thing. 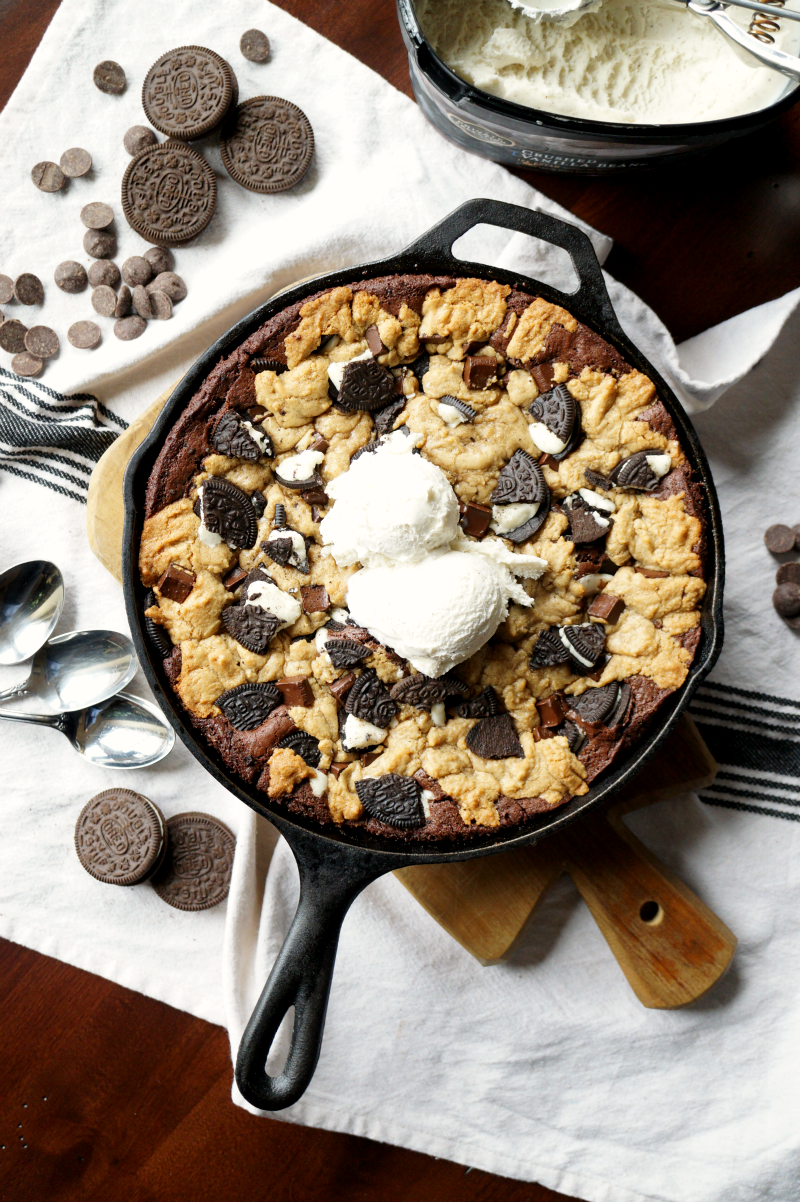 So, here's what you gotta do: make these ridiculous skillet brownies, scoop some vanilla ice cream on top, grab a handful of spoons and a handful of friends, and go to town. You don't need bowls or plates to enjoy this, just eat it straight in the pan!

If you want to make just brownies or just cookies, you can find my recipes here: