This post is sponsored in conjunction with #EasterBrunchWeek. I received product samples from sponsor companies to help in the creation of the #EasterBrunchWeek recipes. All opinions are mine alone. #ad #EasterBrunchRecipes #RhodesBread #MySilpat 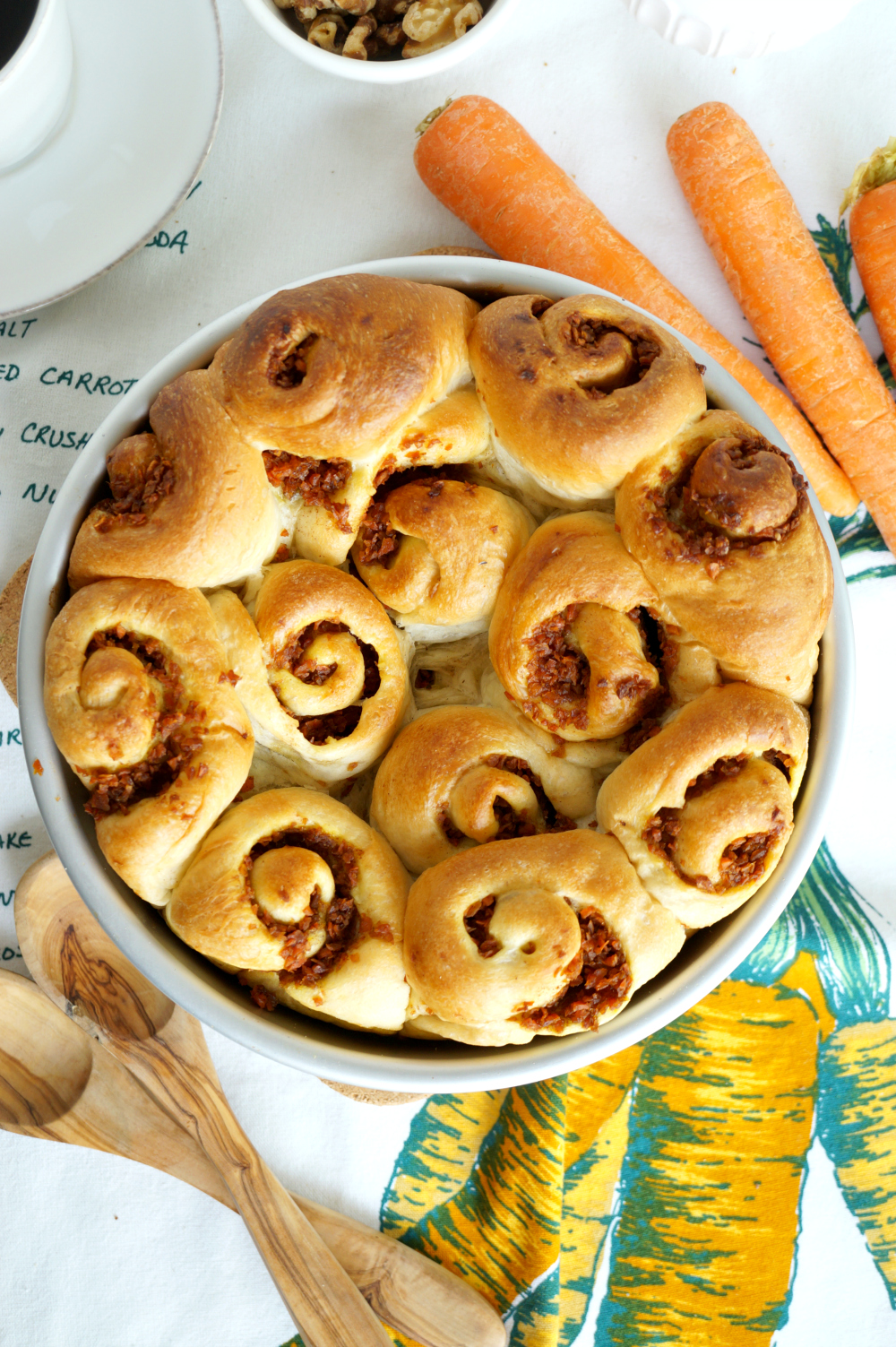 Happy Tuesday, friends! #EasterBrunchWeek continues and today, I have these fabulous Vegan Carrot Cake Cinnamon Rolls for you! Y'all know I have a bit of an obsession with cinnamon buns, so it was only right that I made some for the occasion. These are made extra easy and foolproof thanks to Rhodes Bread dinner rolls (which I used instead of making the dough from scratch), and guaranteed to come perfectly out of the pan with this handy Silpat pan liner. 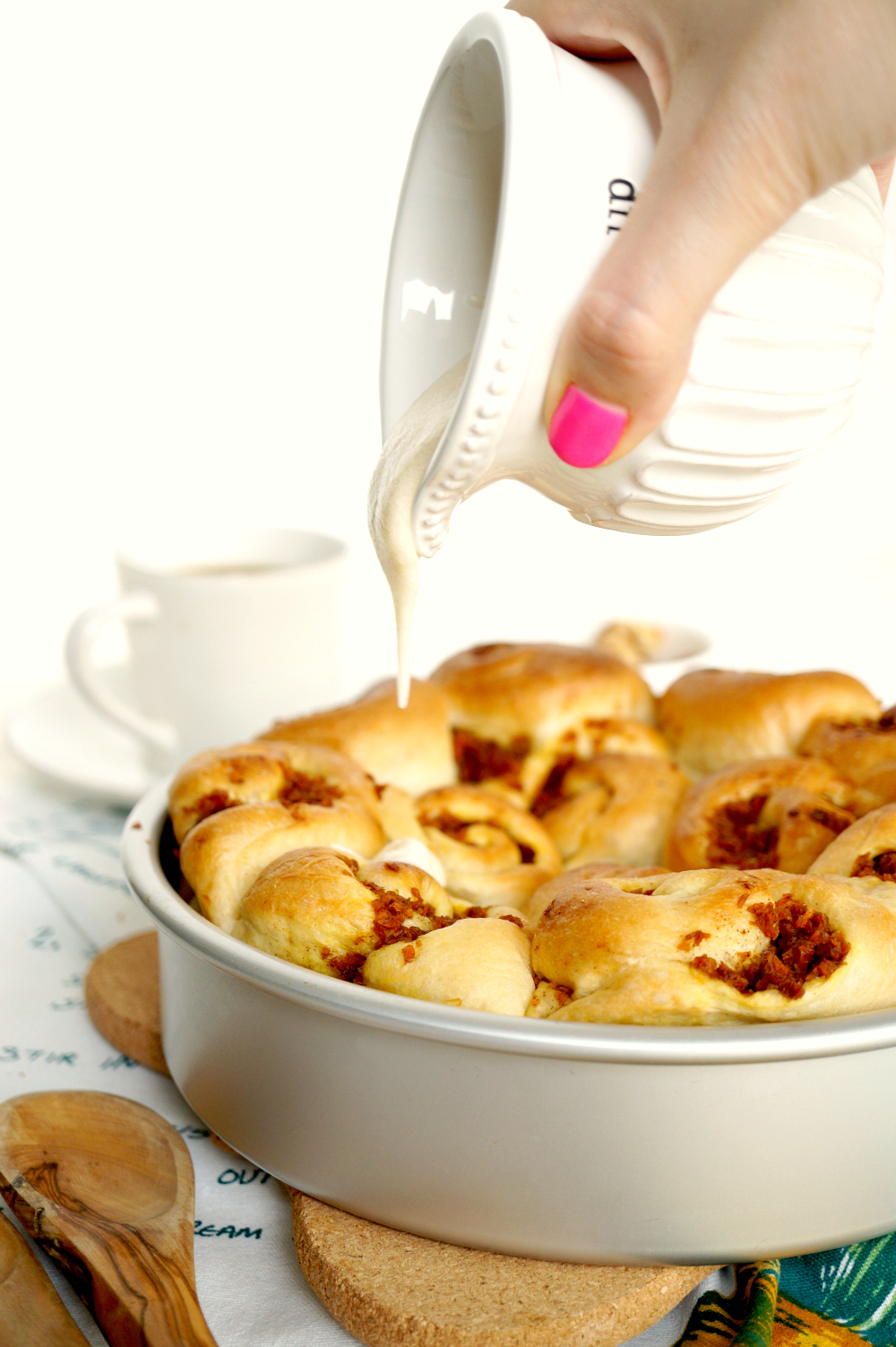 This was my first time working with Rhodes, and I was so excited when I saw that all of their dough is VEGAN! They do sell pre-made cinnamon rolls and dinner rolls which are vegetarian, but all their varieties of plain frozen dough are free of animal products which is a huge plus for me! For this recipe, I just went for the original Thaw, Rise & Bake Dinner Rolls. 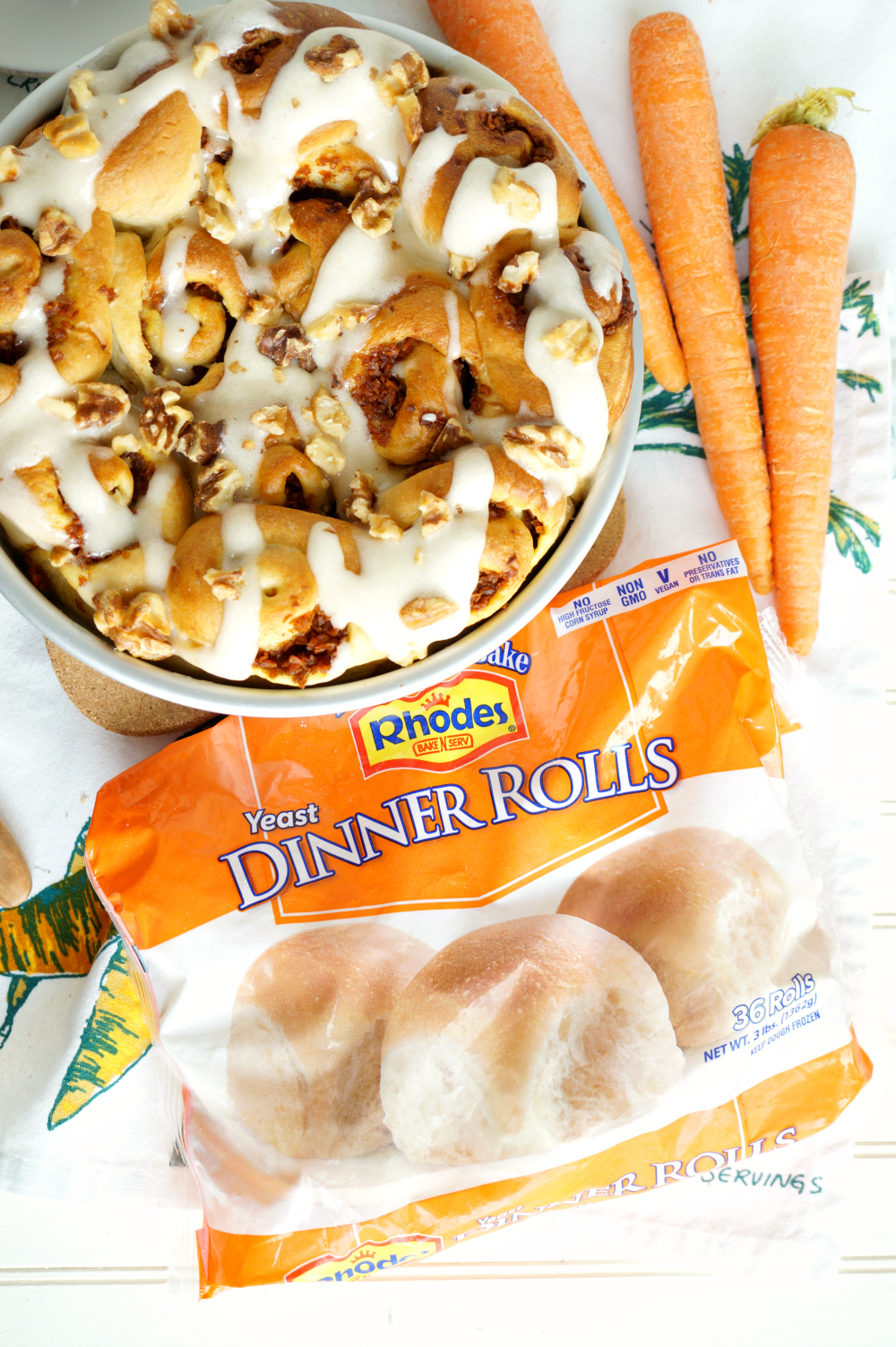 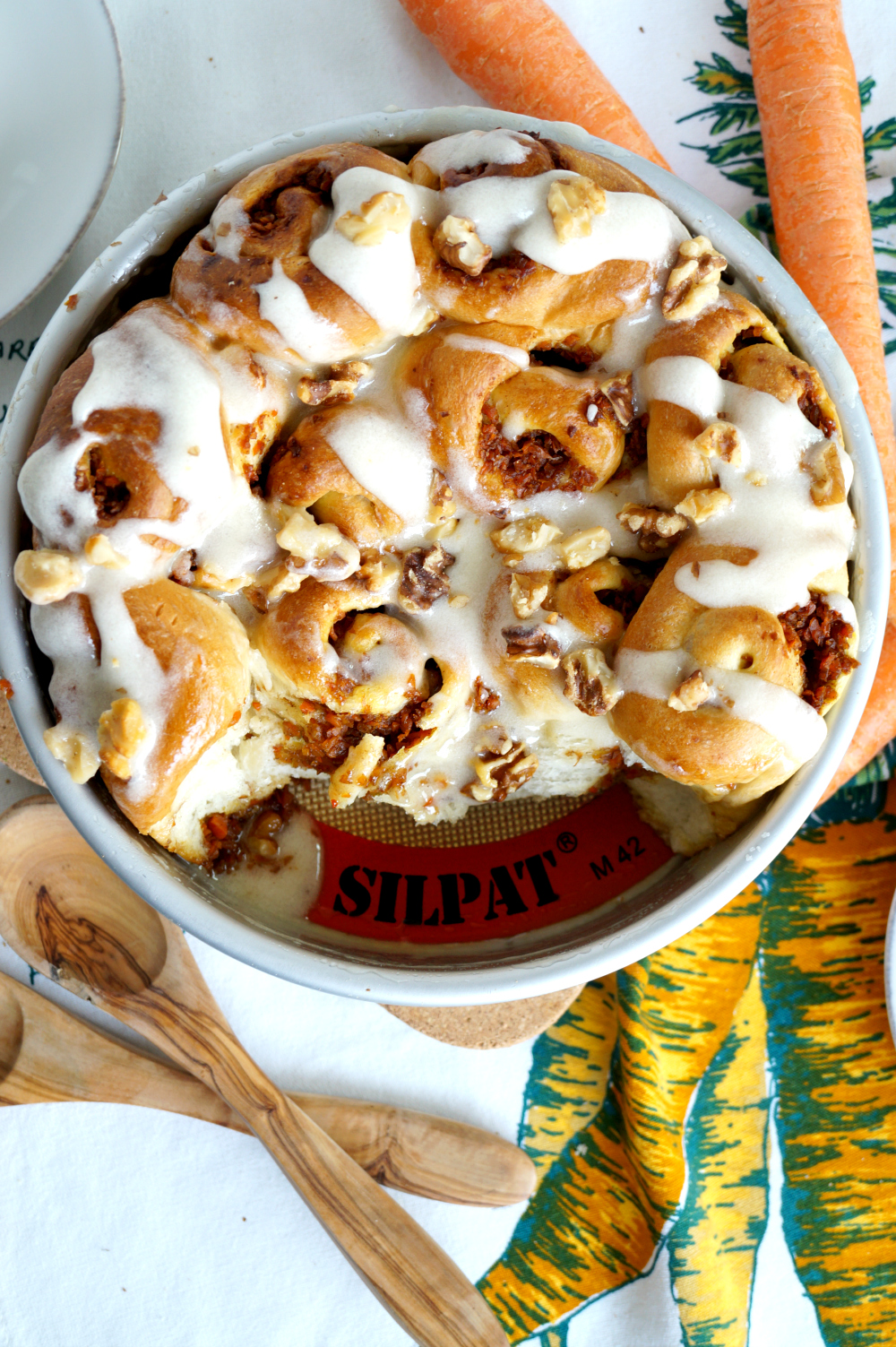 As for the other sponsor, Silpat, I have been a big fan for YEARS! I literally have a drawer full of silicone pan liners in my kitchen. I use them to bake cookies, free-form tarts, vegetables, tofu, meatballs... all of the above. I was super excited when I saw they sent me an 8" round cake pan liner because I had no idea they made these! It worked perfectly to line my baking pan for these carrot cake cinnamon rolls, and I know I'll continue using it for when I bake cakes. 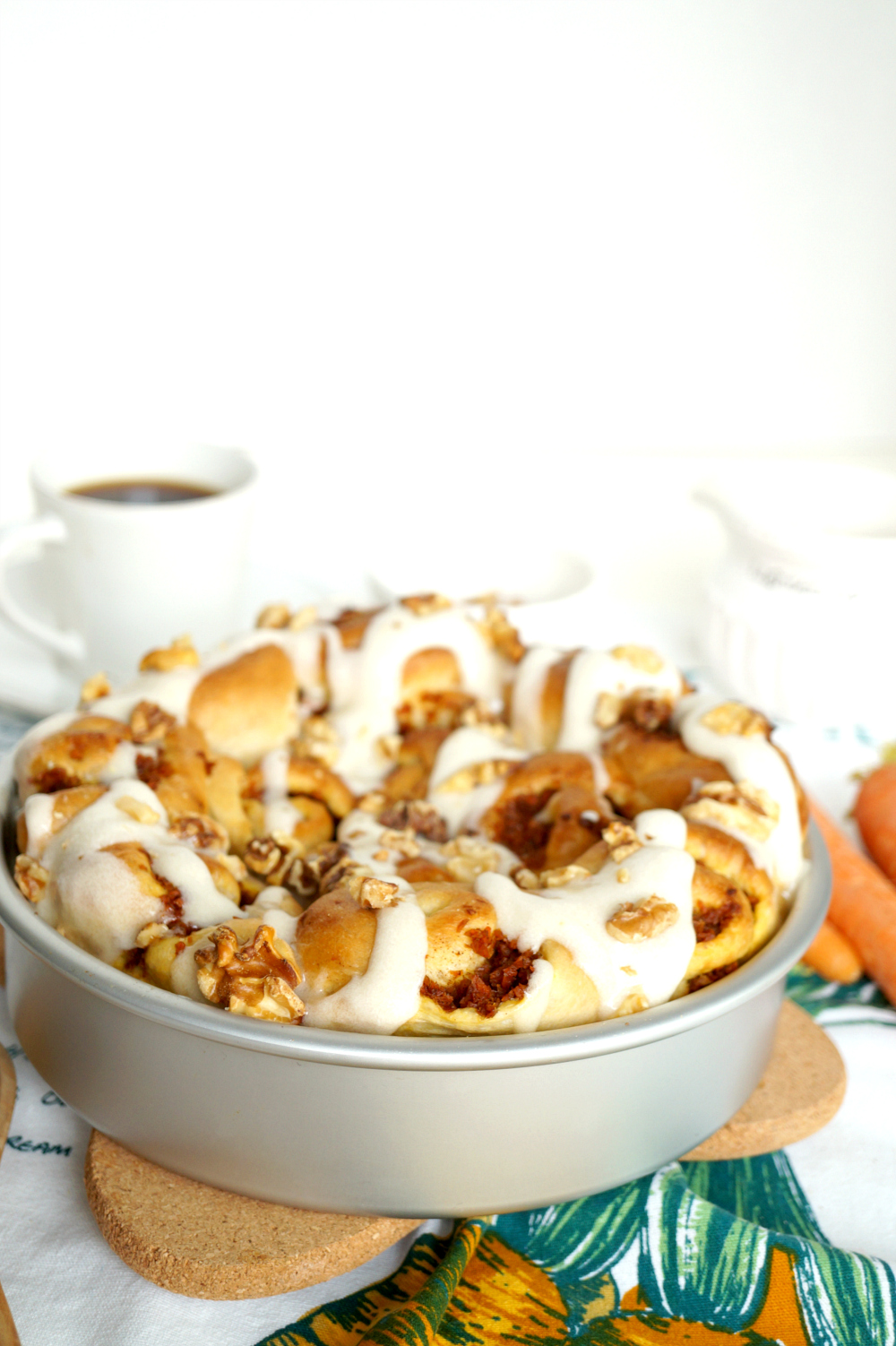 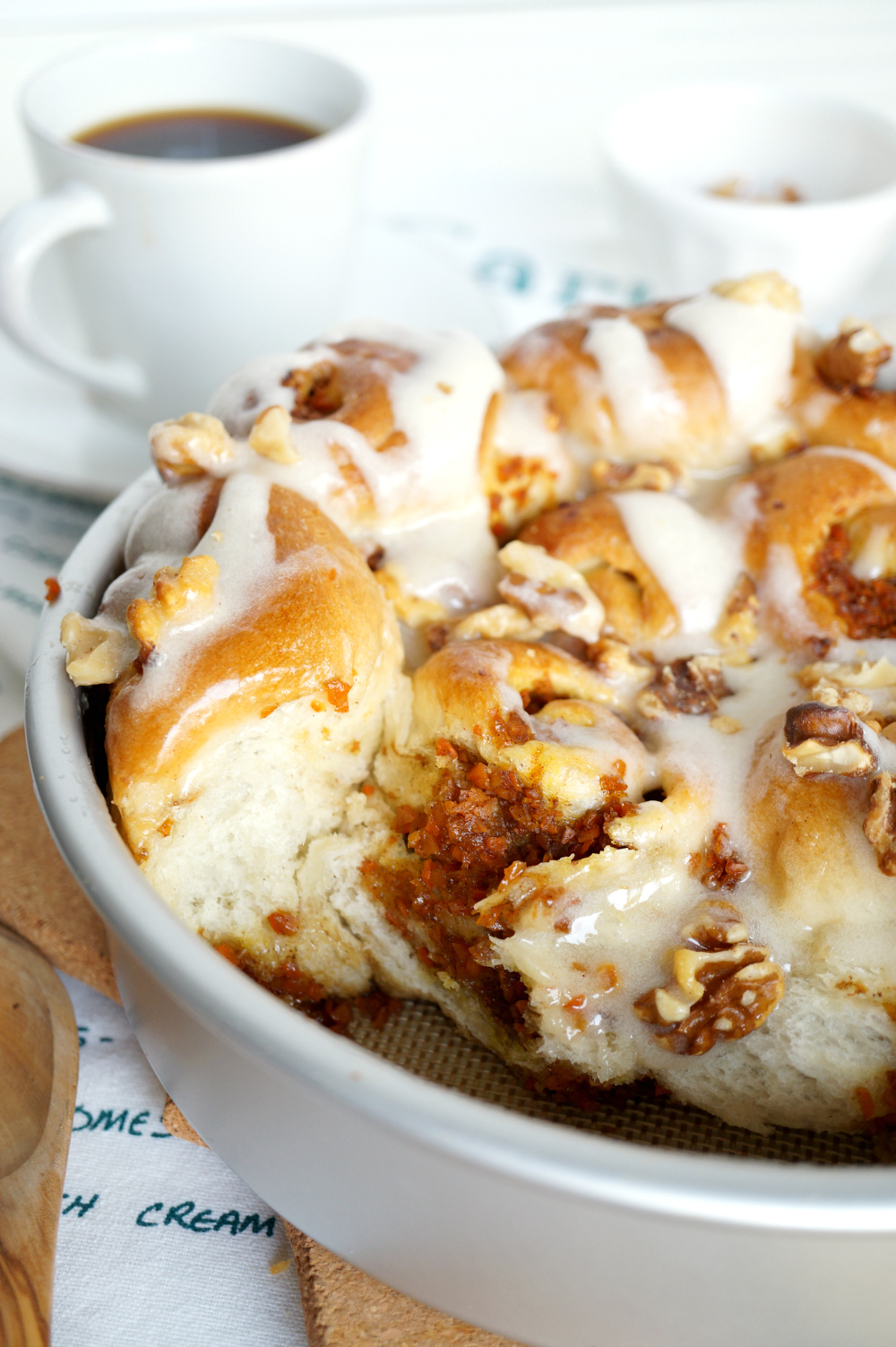 Alright so carrot cake cinnamon rolls - I know they may sound a little funky because I'm asking you to literally fill these with carrots. BUT, hear me out because they are amazing!! They taste like cinnamon rolls, but better. The carrot filling is richly spiced with cinnamon and nutmeg, and mixed with brown sugar and coconut oil so these rolls are super gooey and moist on the inside. The luscious vegan cream cheese frosting on top seals the deal! I also sprinkled some walnuts on top for extra texture, but you can easily skip those if you're not into nuts. 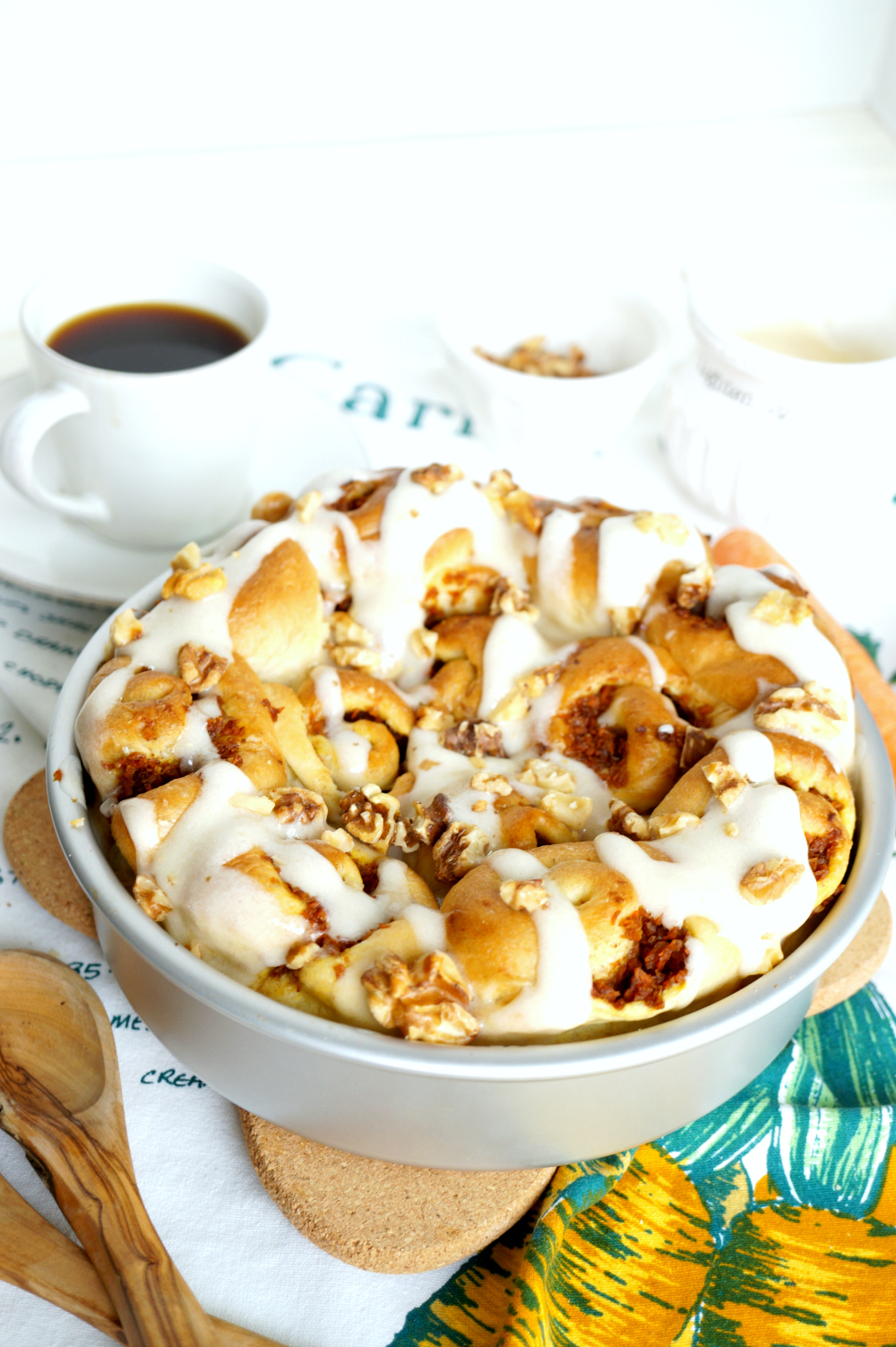 Don't forget to check out yesterday's recipe and enter the G I V E A W A Y ! Come back tomorrow for another yummy treat!