If you are a fan of the Italian Christmas cake panettone, then you will enjoy these Vegan Panettone Cinnamon Rolls! They are soft, fluffy, richly spiced and filled with dried fruits just like the traditional cake. 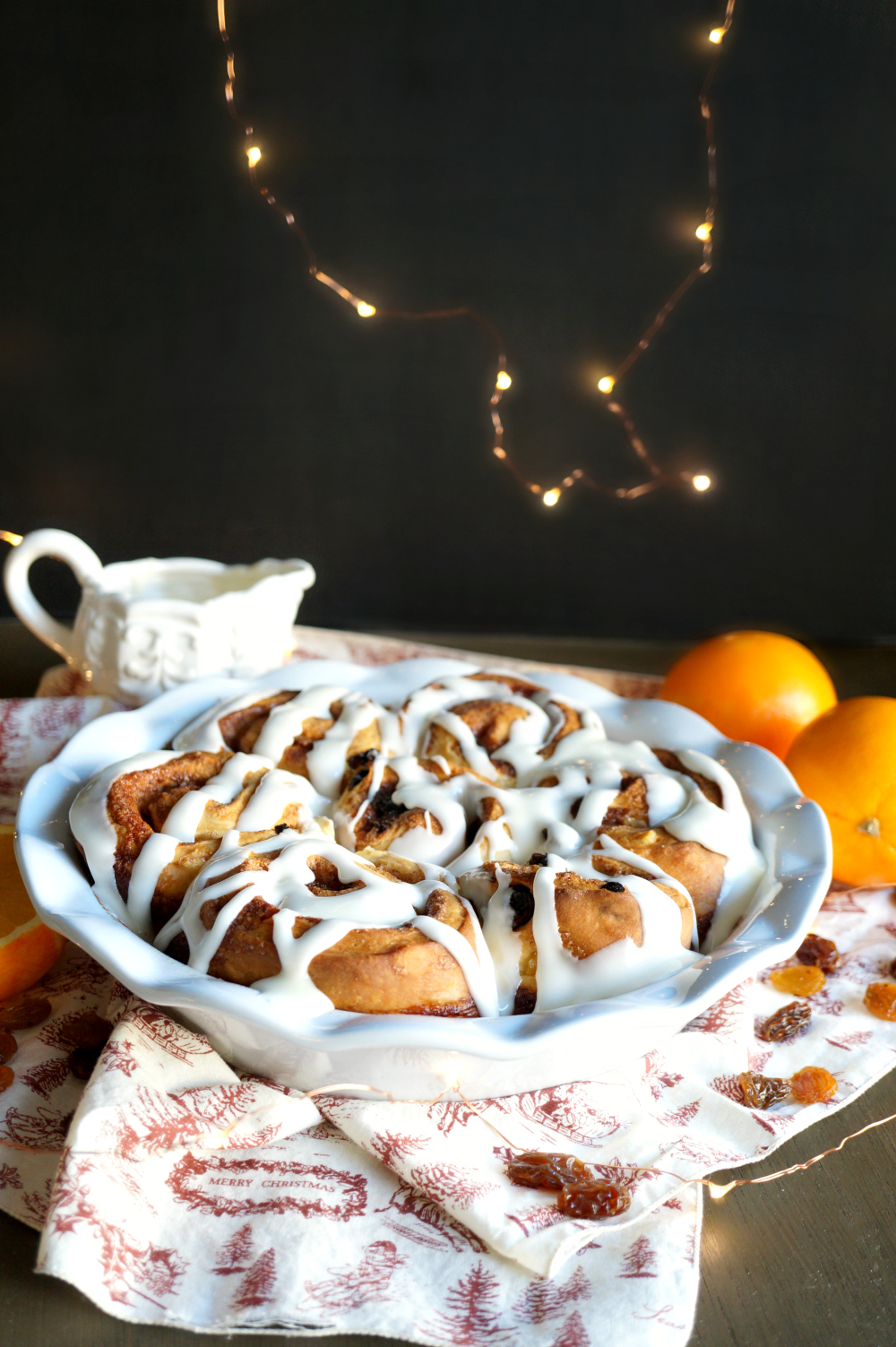 Hi buddies and happy Thursday! I am so excited to be sharing this recipe for Vegan Panettone Cinnamon Rolls with y'all today. This is a recipe that I've been sitting on for almost a YEAR, and I was so pumped to finally make it and publish it. Honestly, these panettone cinnamon rolls were everything I wanted and more! You have fluffy, rich dough flavored with Fiori di Sicilia and studded with raisins and candied orange peel. Then it's filled with an orange zest-cinnamon sugar butter and baked to golden brown perfection. And THEN - of course it had to be topped with an orange glaze! All in all these rolls seriously taste like Christmas! 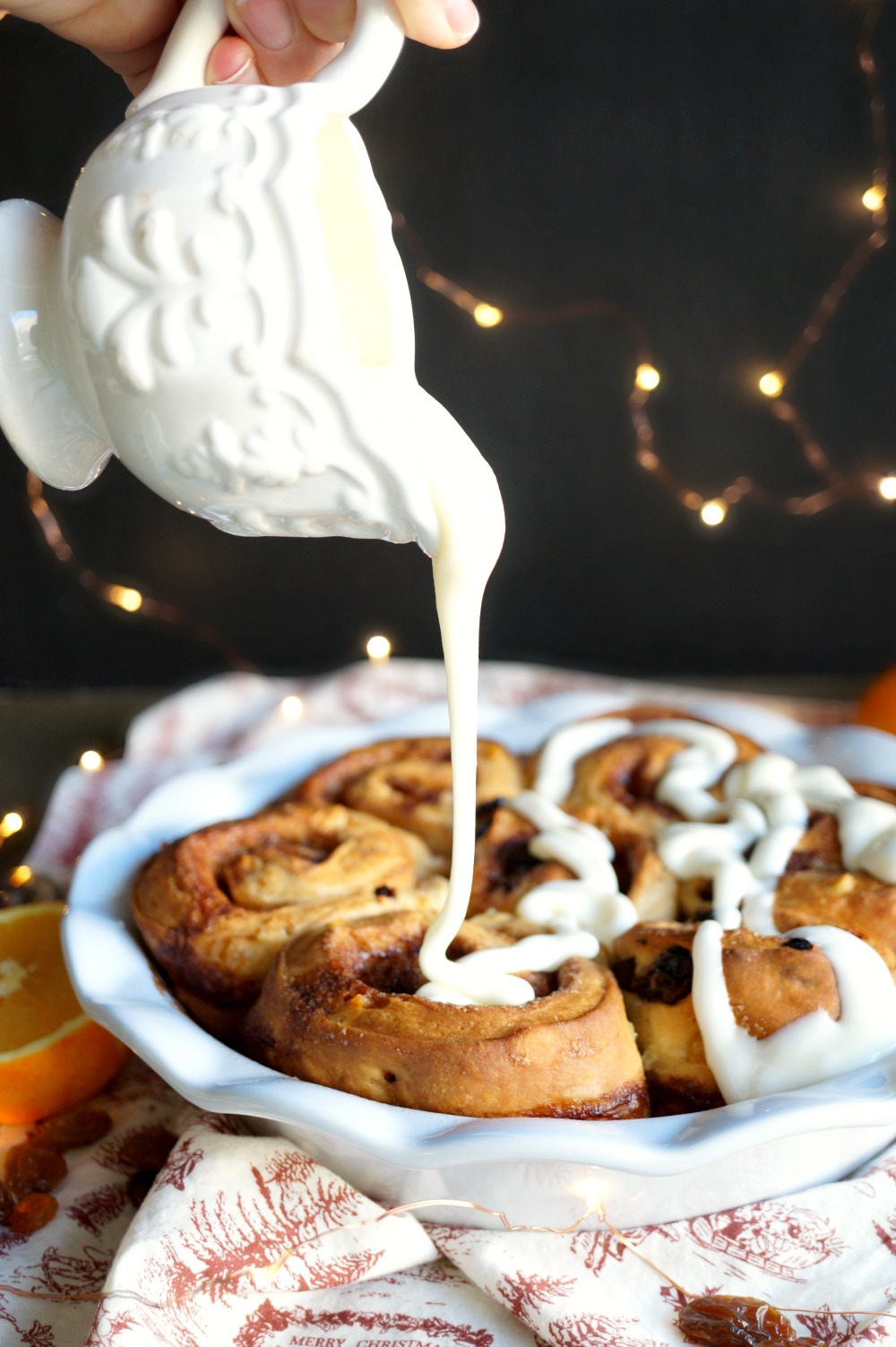 If you're over here thinking "What in the world is Panettone?!" then let me catch you up! It's a traditional Italian Christmas cake that is flavored with orange extract and filled with all sorts of candied and dried fruits. It's then enjoyed, really, all December long as a breakfast treat and a snack! Nowadays it is super common and easy to find - I see it at the grocery store, when I go to TJ Maxx, and it has even been an option in my Imperfect Foods box for the past couple of weeks! The only problem is, panettone dough is usually enriched with eggs and dairy so finding a vegan version is akin to finding a unicorn. And making an ACTUAL panettone from scratch was not in the cards - been there, done that. And the store-bought one still tasted better TBH. ???? Panettone cinnamon rolls were the perfect compromise! 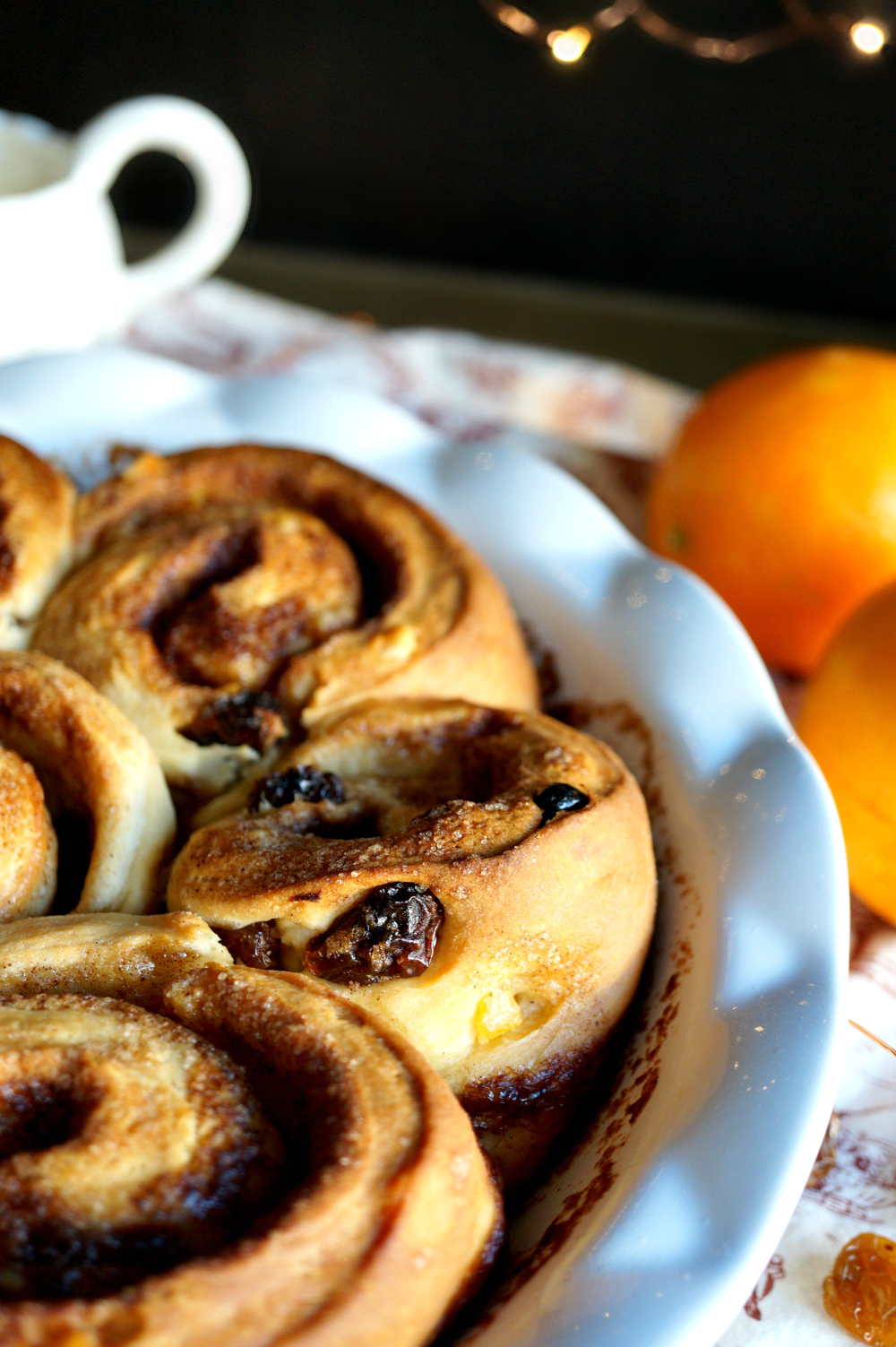 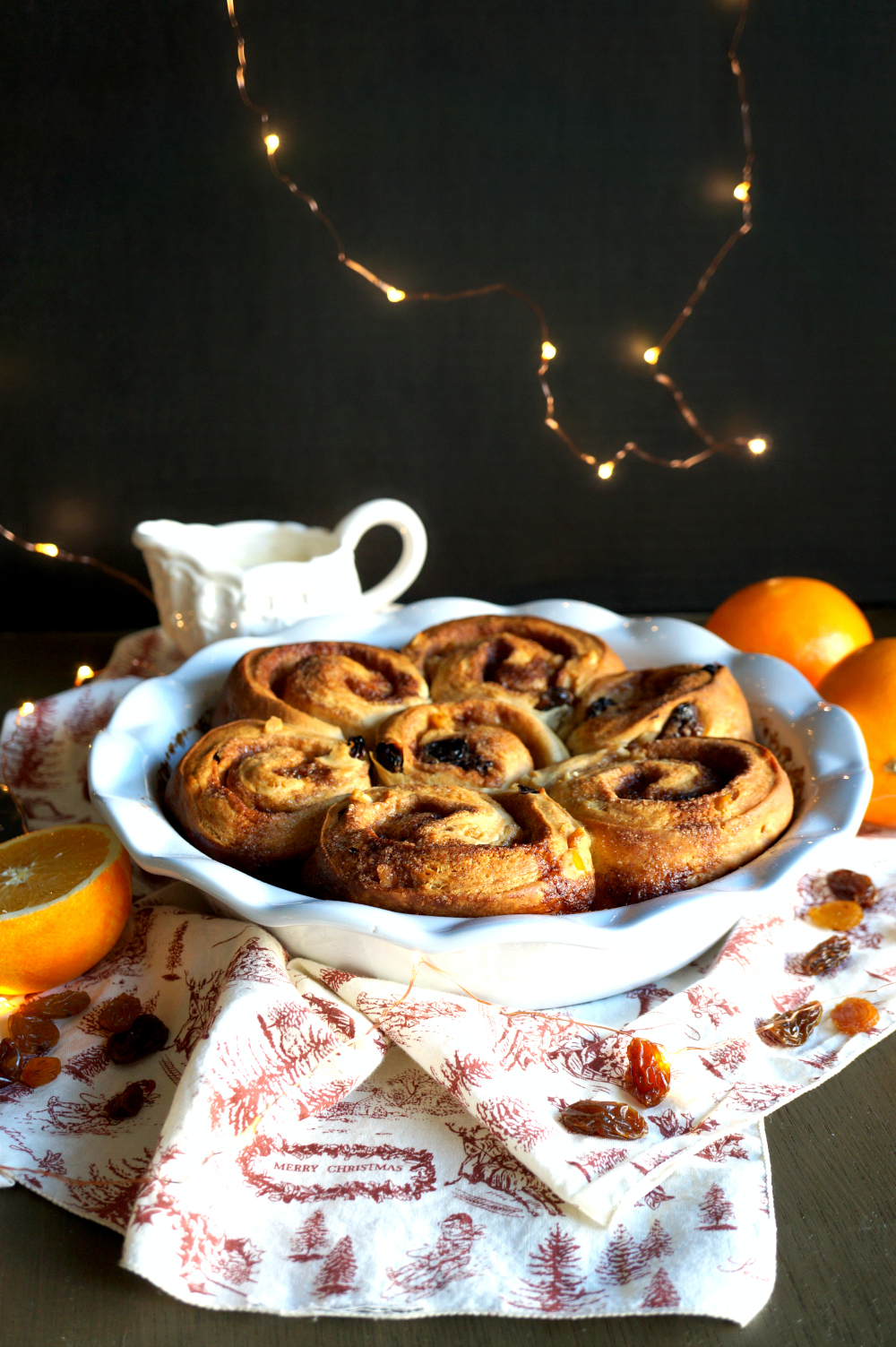 What do I need to make panettone cinnamon rolls? 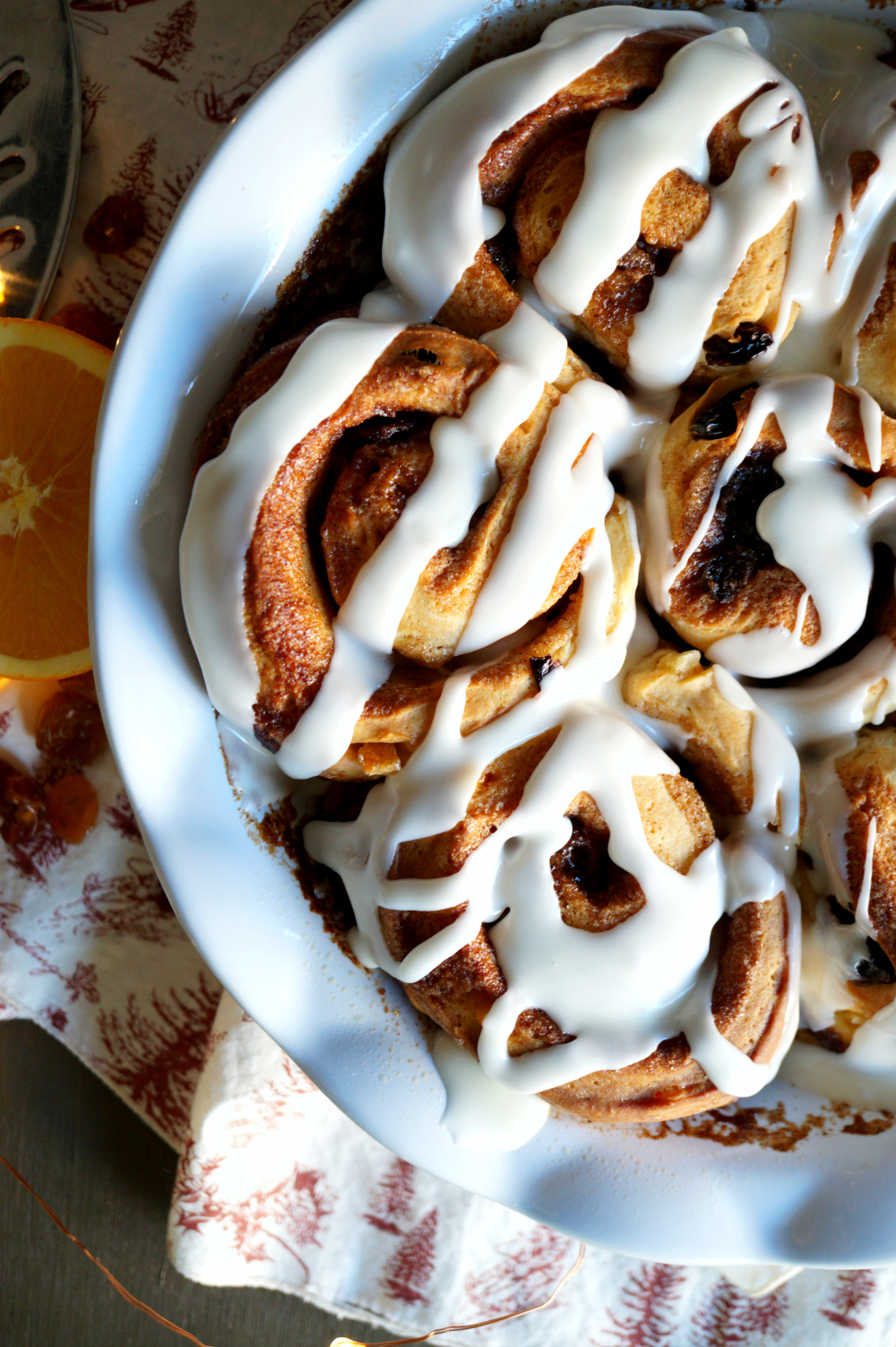 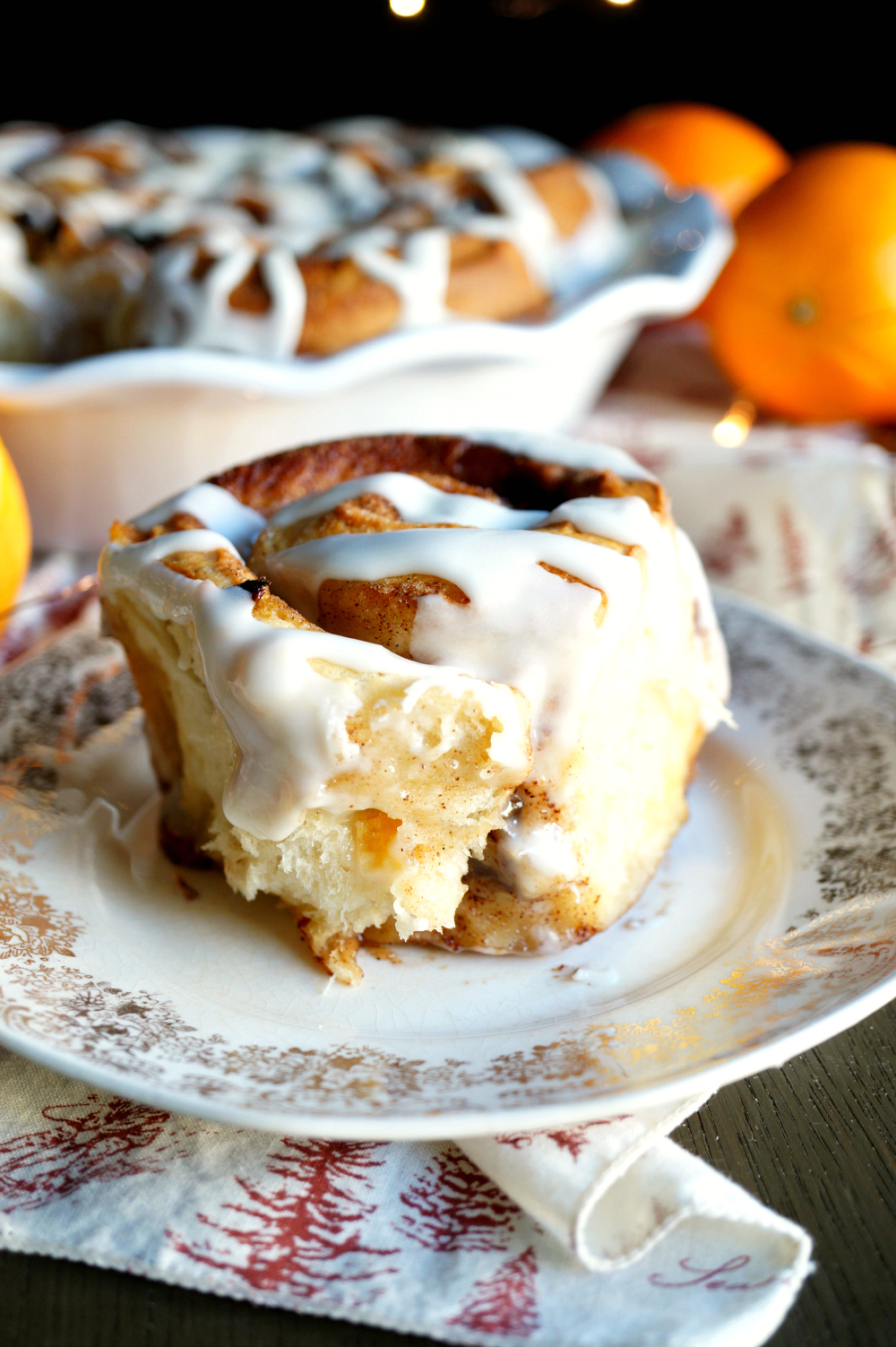 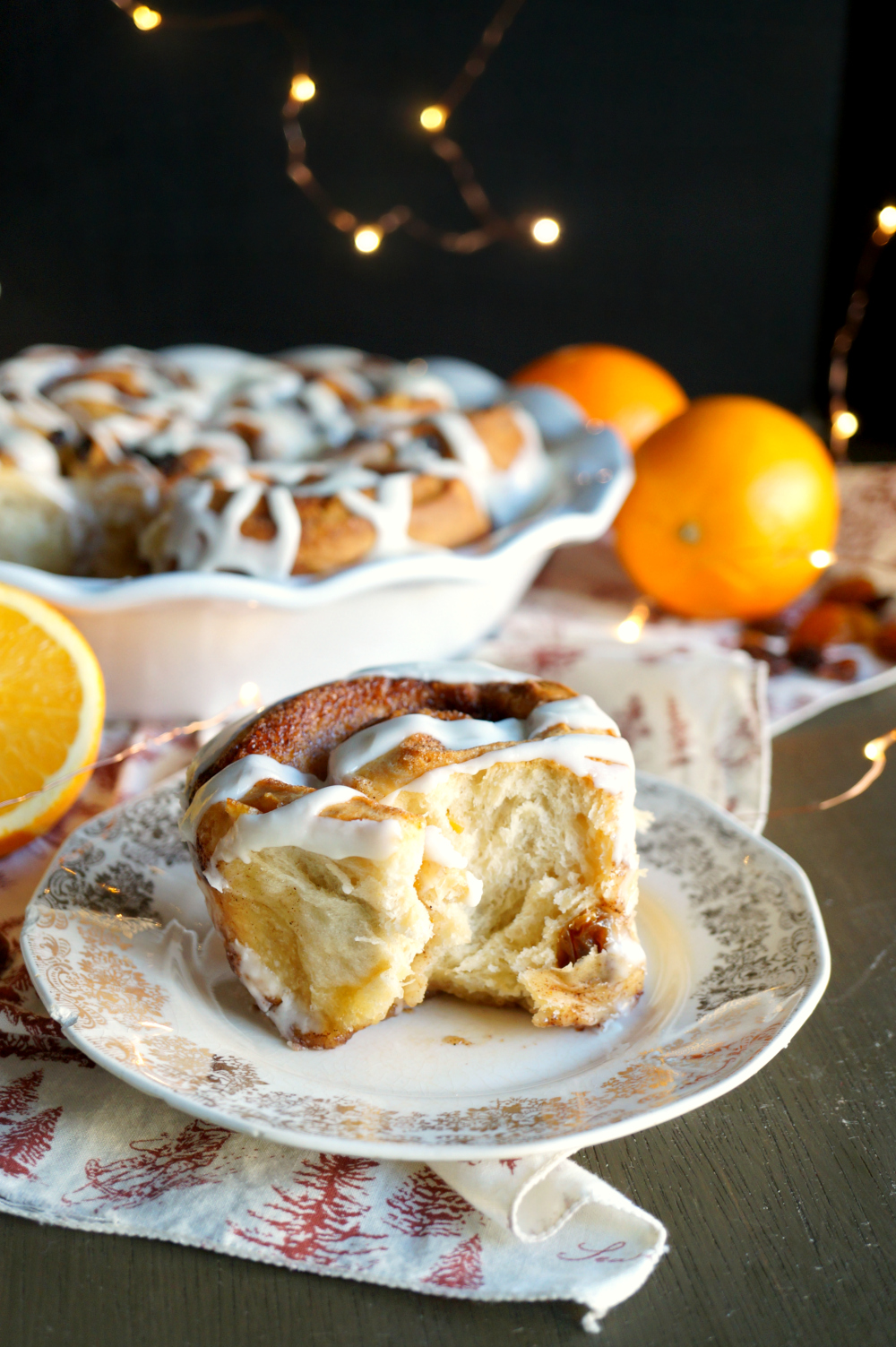 I hope you guys will give these panettone cinnamon rolls a try! They are seriously so delicious and taste like the winter holidays. They do require a bit of work, but I promise they are so much easier than making your own panettone from scratch. LOL.

If you're wanting more panettone inspiration, check out my Panettone French Toast Casserole and Chocolate Orange Panettone Tiramisu! These Pandoro Truffles are also a fun treat 🙂

Save Print
Prep time
4 hours
Cook time
35 mins
Total time
4 hours 35 mins
If you are a fan of the Italian Christmas cake panettone, then you will enjoy these Vegan Panettone Cinnamon Rolls! They are soft, fluffy, richly spiced and filled with dried fruits just like the traditional cake.
Author: Valentina | The Baking Fairy
Recipe type: Breakfast
Serves: 9
Ingredients
Instructions
3.5.3251
*Disclosure: I am part of the Amazon Associates Program, and there may be affiliate links on this page. If you buy anything through my website, I will receive a small percentage of the profit at no extra cost to you. Thank you for supporting my blog!*
« vegan hot cocoa rice krispie treats
vegan vanilla almond Christmas tree cupcakes »