Upgrade your basic cinnamon rolls to summer mode by stuffing them with fresh peach chunks! These spiced Peach Cinnamon Rolls with cream cheese frosting will become your new favorite. 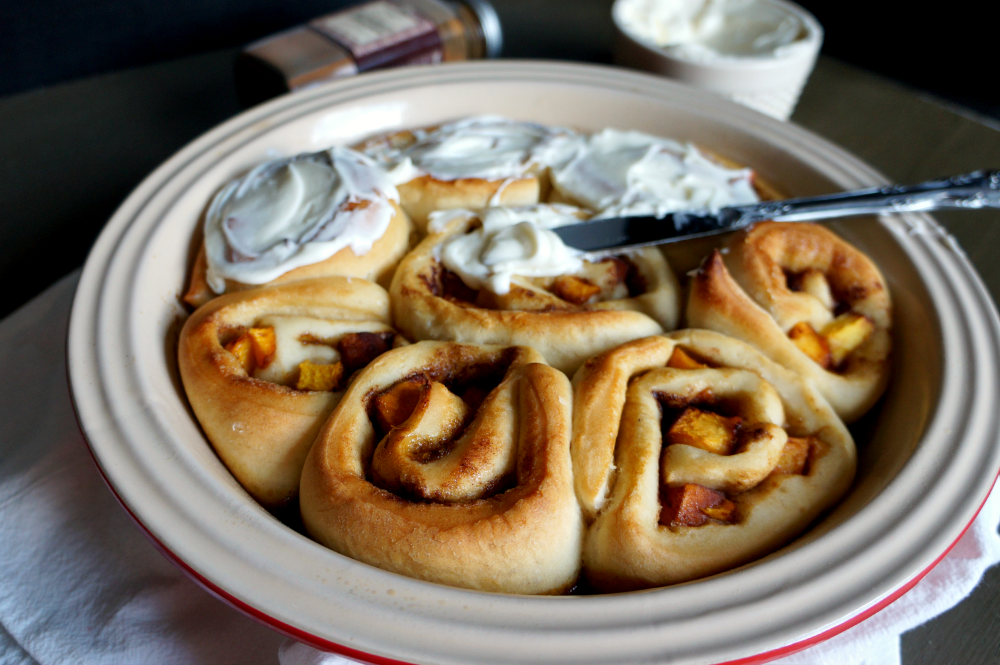 Oh, man. I just love cinnamon rolls, you guys. I have a whole category dedicated to them in my recipe index because they are just so.dang.good. So versatile! So yummy! You can stick pretty much anything in a sweet roll and it'll be amazing. The other day, I noticed quite a few peaches on the counter in the bowl were almost over-ripe, and as I thought about the leftover cream cheese from my Banana Split Cheesecakes, the solution became clear. Cinnamon rolls stuffed with peaches, and topped with cream cheese frosting! Let's get on that. 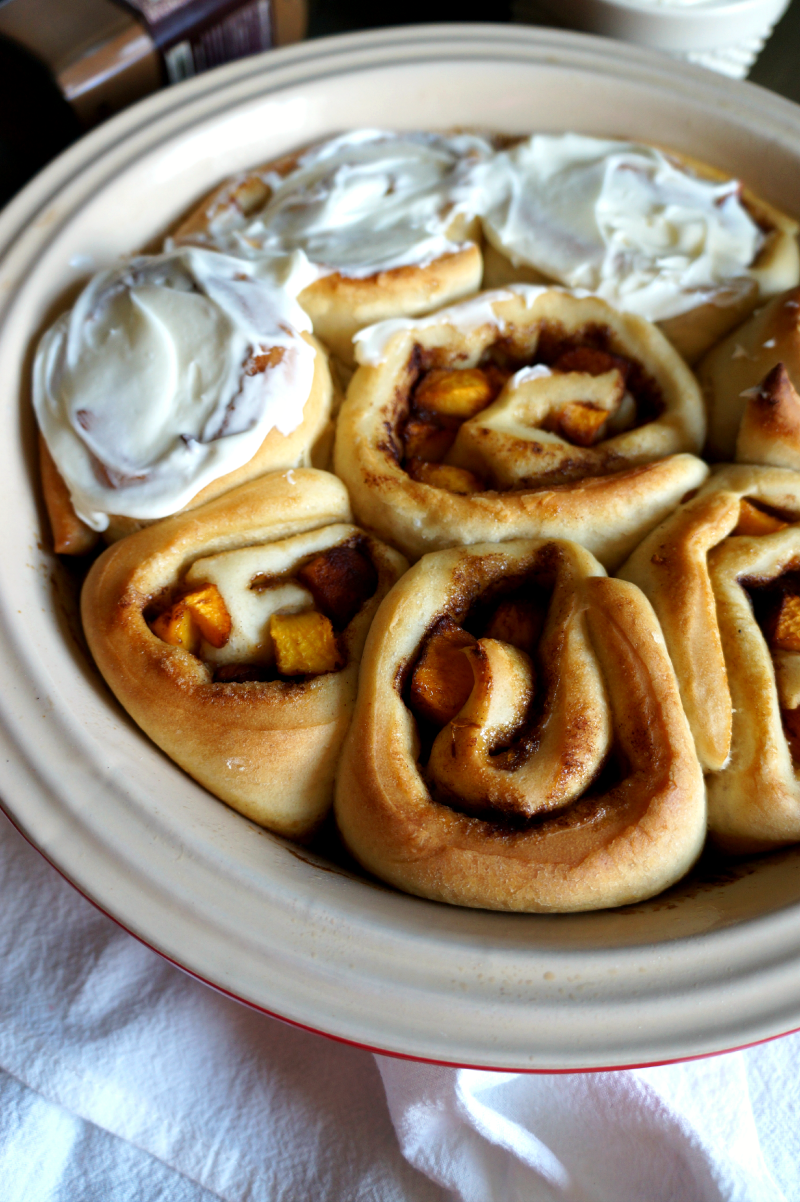 These pretties start off with my basic cinnamon roll dough, which I let rise overnight for maximum fluffiness and deliciousness. I roll out the dough {and I've learned from trial and error that I always, always tend to roll my dough out too thin. GAH! Word to the wise, roll it out smaller and thicker than you think you need it. It'll probably end up being perfect}, slather it with softened butter, brown sugar, cinnamon, nutmeg, and fresh peach chunks, then I roll the whole thing up and cut it into nice, chubby rolls. I stick em in my baking dishes, let them rise a bit longer, then bake them up for complete and utter perfection. Peach cinnamon rolls. Who knew, right? 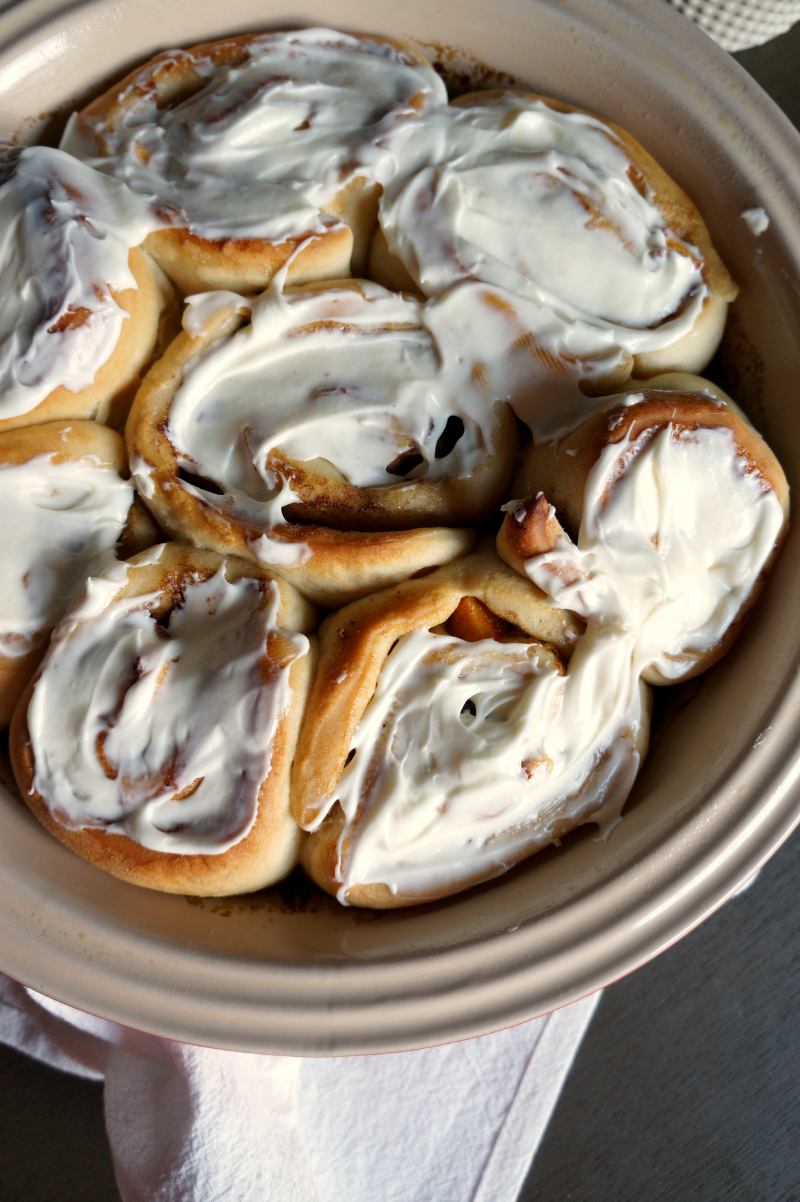 The cream cheese frosting is super easy, and so good! I just whip up some cream cheese with some butter, add a bit of powdered sugar and some vanilla extract, and it's done. I used some fancy-shmancy vanilla rum extract I recently bought for $2 {on clearance, instead of $18! I'm still so excited!}, and it totally took the frosting to the next level. Of course, plain ol' vanilla extract will work just as well, but I imagine fresh vanilla bean would be similarly gourmet and delicious!

I'll let y'all in on a little secret... these rolls, sans frosting, can be made vegan super easily! Just use almond milk instead of dairy milk, and Earth Balance instead of regular butter. And if you're feeling fancy, I'm sure you could use vegan cream cheese and Earth Balance in the frosting with delicious results. The warm, soft dough, combined with sweet peach chunks and the spiced bite of cinnamon and nutmeg, are a combination made in heaven. I don't think anyone deserves to miss out on that! 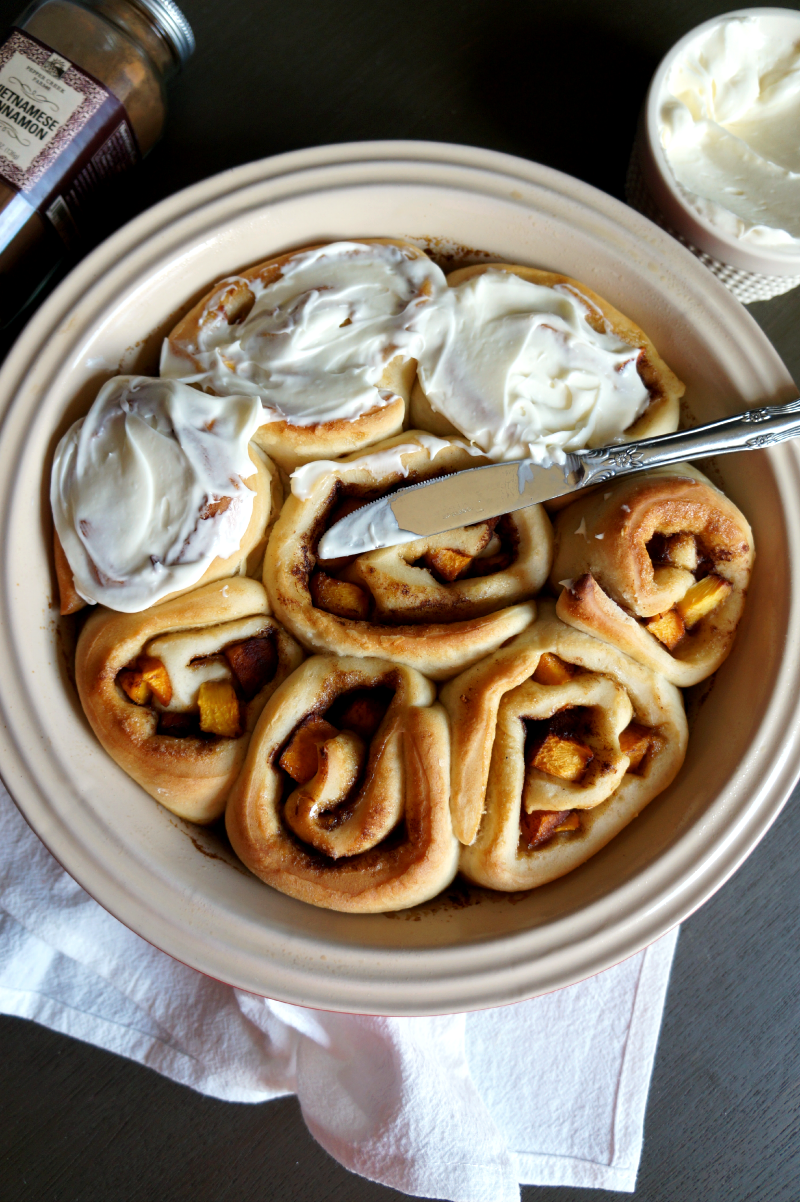 If you aren't a huge peach fan, you can pretty much make these peach cinnamon rolls with any other fruit you want! I've done pears and berries and lemon and Nutella so I mean... nothing's stopping you! I'm thinking my next victims will be raspberries and dark chocolate. Yum. In the fall, I also stuffed the dough with pumpkin butter and made a cool braided bread thing which was pretty neat. Again, this dough is so insanely versatile and you can do so much with it! 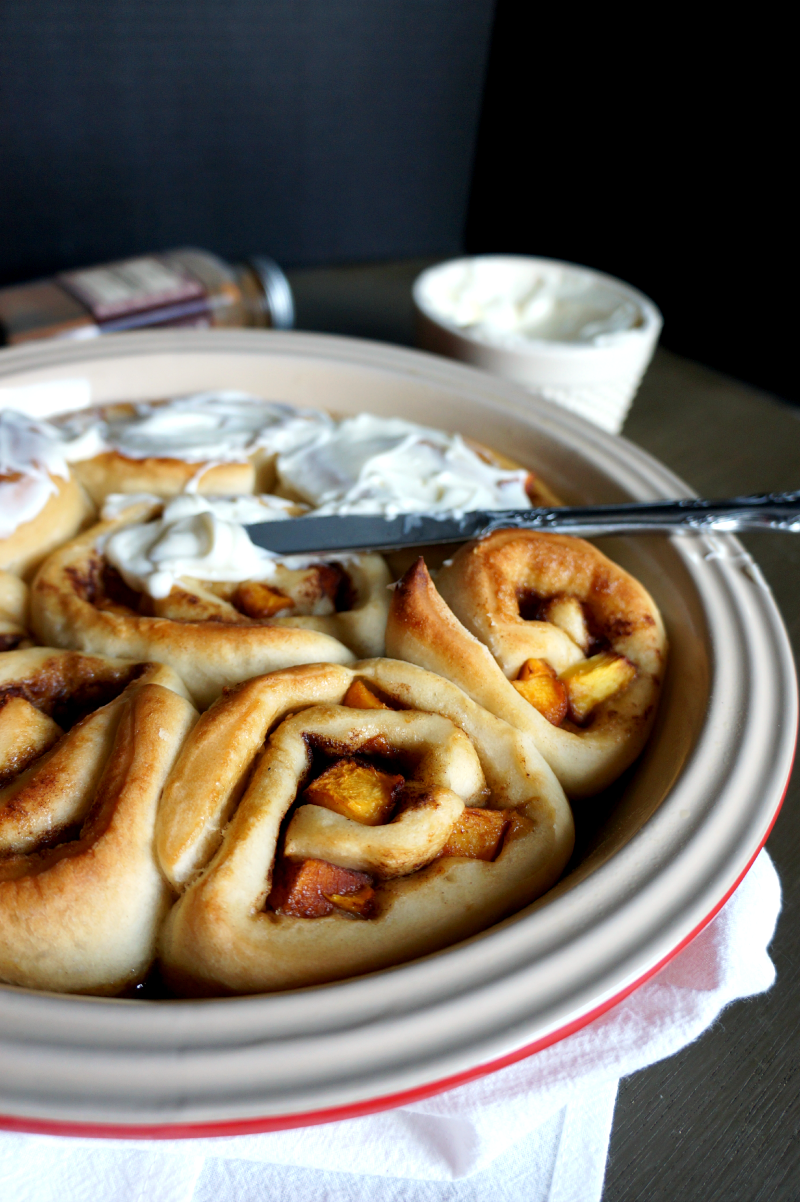 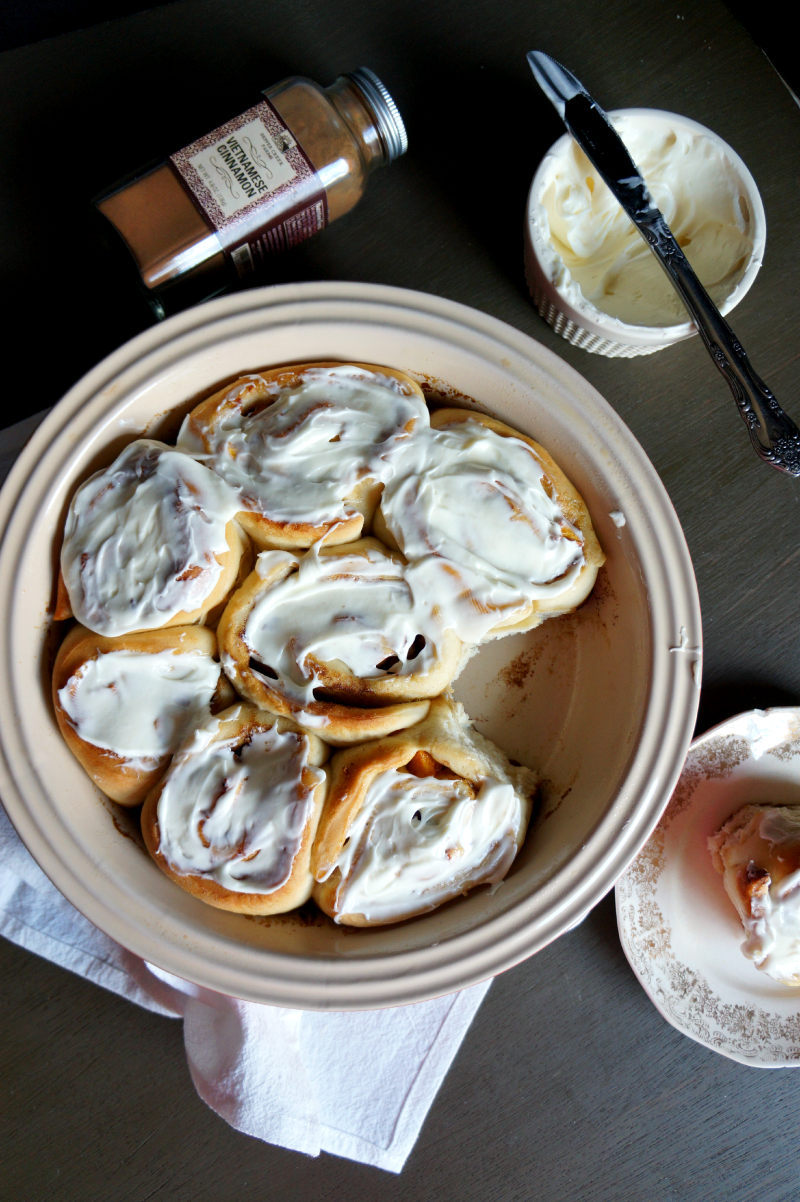