This post is sponsored in conjunction with #SpringSweetsWeek. I received product samples from sponsor companies to help in the creation of the #SpringSweetsWeek recipes. All opinions are mine alone.

These Vegan Lemon Blueberry Cupcakes are light and fluffy, and packed with fresh lemon flavor. The zesty lemon frosting on top seals the deal! 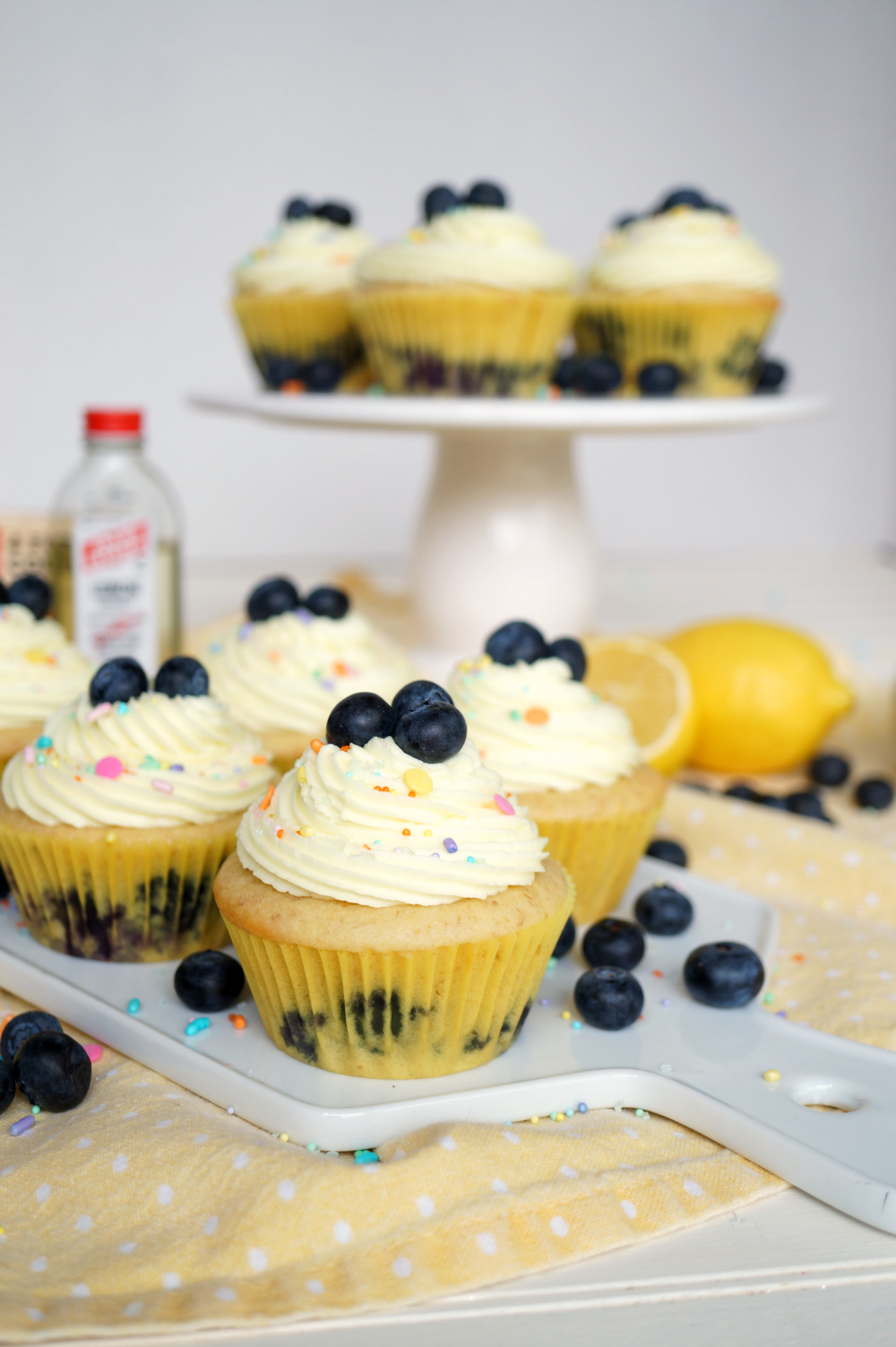 Happy Fri-YAY, friends!! #SpringSweetsWeek is still going strong, and I have yet another delicious dessert recipe for y'all today. These Vegan Lemon Blueberry Cupcakes are made in partnership with Adams Extracts AND Sprinkle Pop! They are so darling, and when I fed them to an unsuspecting group of my friends, they were a HUGE hit - nobody could believe they were vegan! I have found that the best way to get people to eat vegan food is to just... not tell them. Reveal the secret afterwards and everyone's mind is blown ???? #VeganBloggerHacks, ya know. ALSO - don't forget to enter the big G I V E A W A Y before the week is over! You can find it at the bottom of this post! 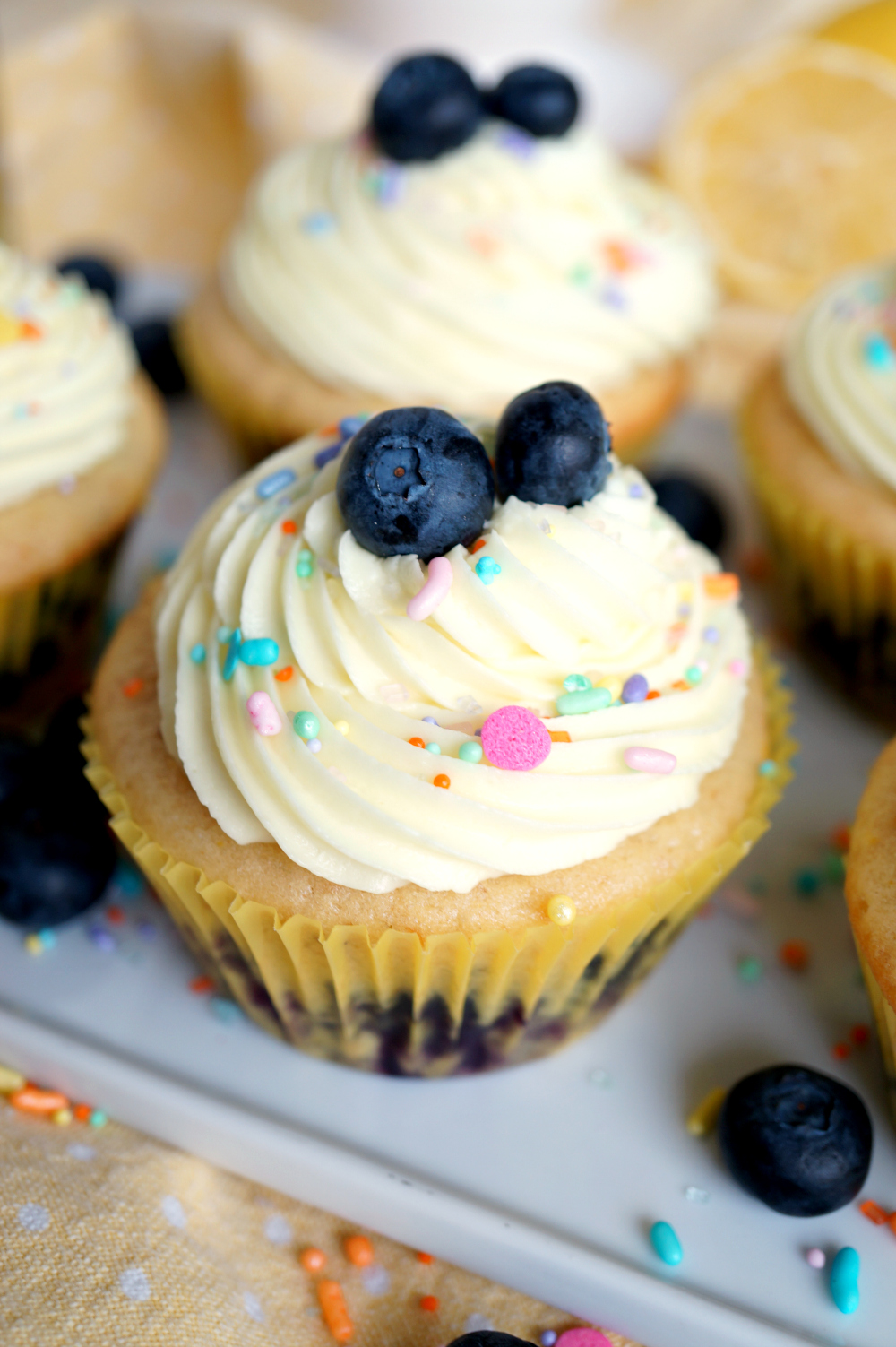 So, a story about these lemon blueberry cupcakes... originally, they were supposed to be baked donuts! I tried a test batch though, and I don't know if it was because I was too heavy-handed with the blueberries or what, but those suckers would not come out of the pan. They were totally glued. So... back to the drawing board. What's a dessert that DOESN'T have to come out of its pan? Well, a cupcake! I changed my proportions just a bit, and was rewarded with these light & fluffy treats. 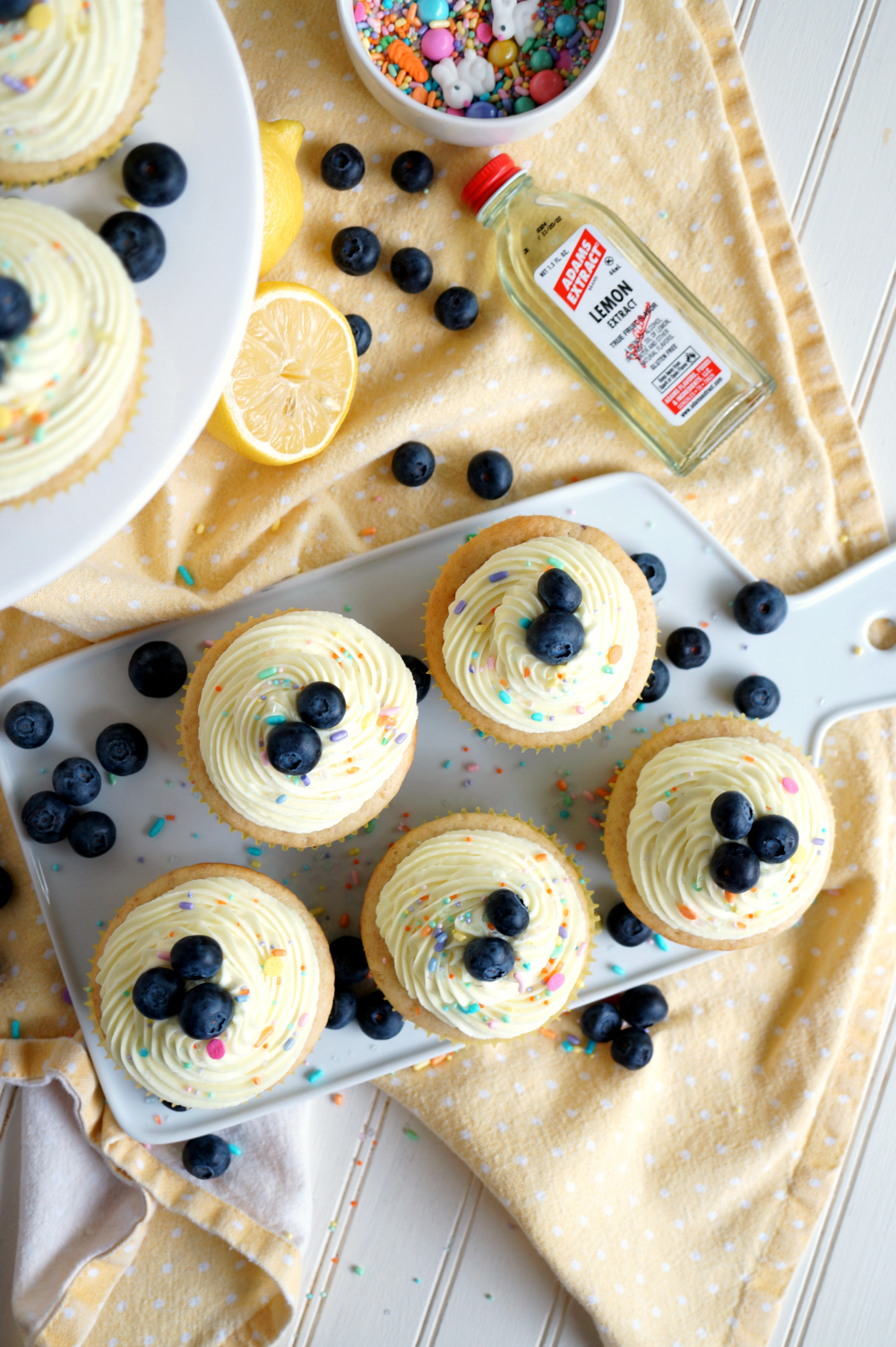 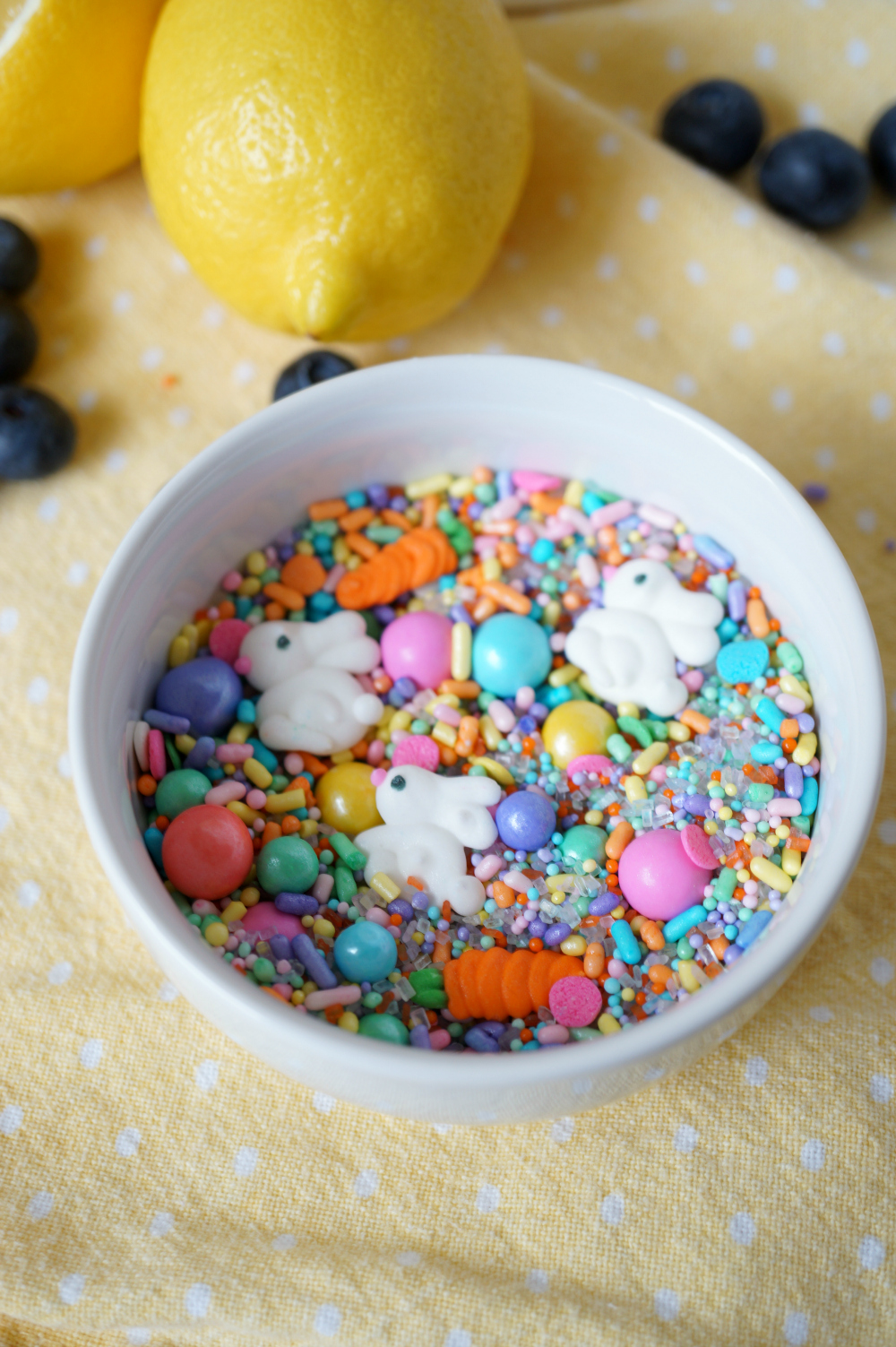 These lemon blueberry cupcakes are packed with flavor, and have a triple threat of lemon juice, lemon zest AND Adam's lemon extract in them! The frosting on top also has some lemon extract in it, and I used Adam's natural yellow food coloring to achieve the perfect pastel yellow. The finishing touch was these ADORABLE sprinkles from Sprinkle Pop! This cute Easter mix is called Egg Hunt. Can you even deal with those tiny bunnies and carrots?! 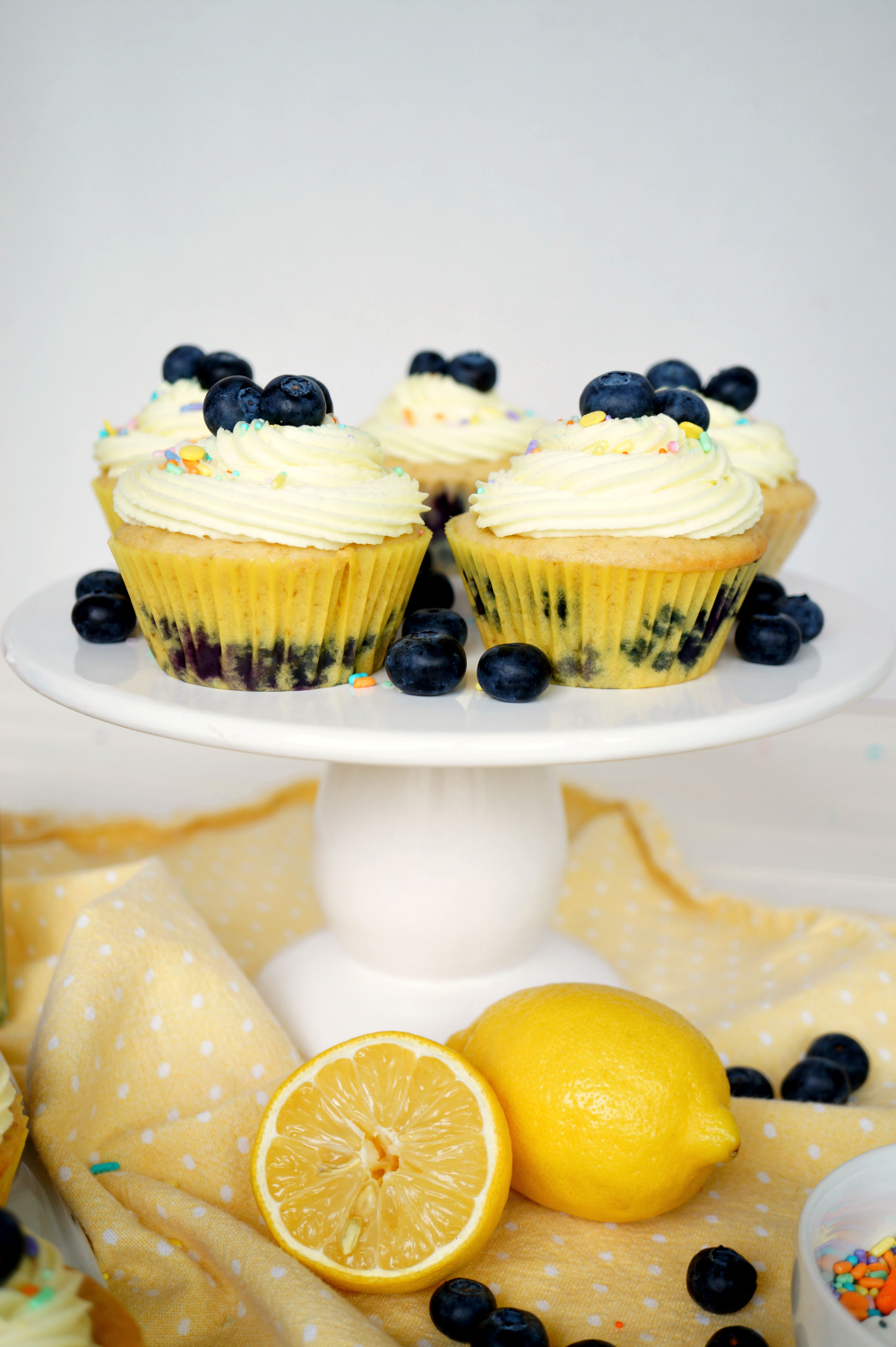 By now, I know you guys know the drill... be sure to hit up all my blogger friends for their delicious recipes of the day! I love how everyone has had such great ideas for showcasing the same brands and products in a completely different way! 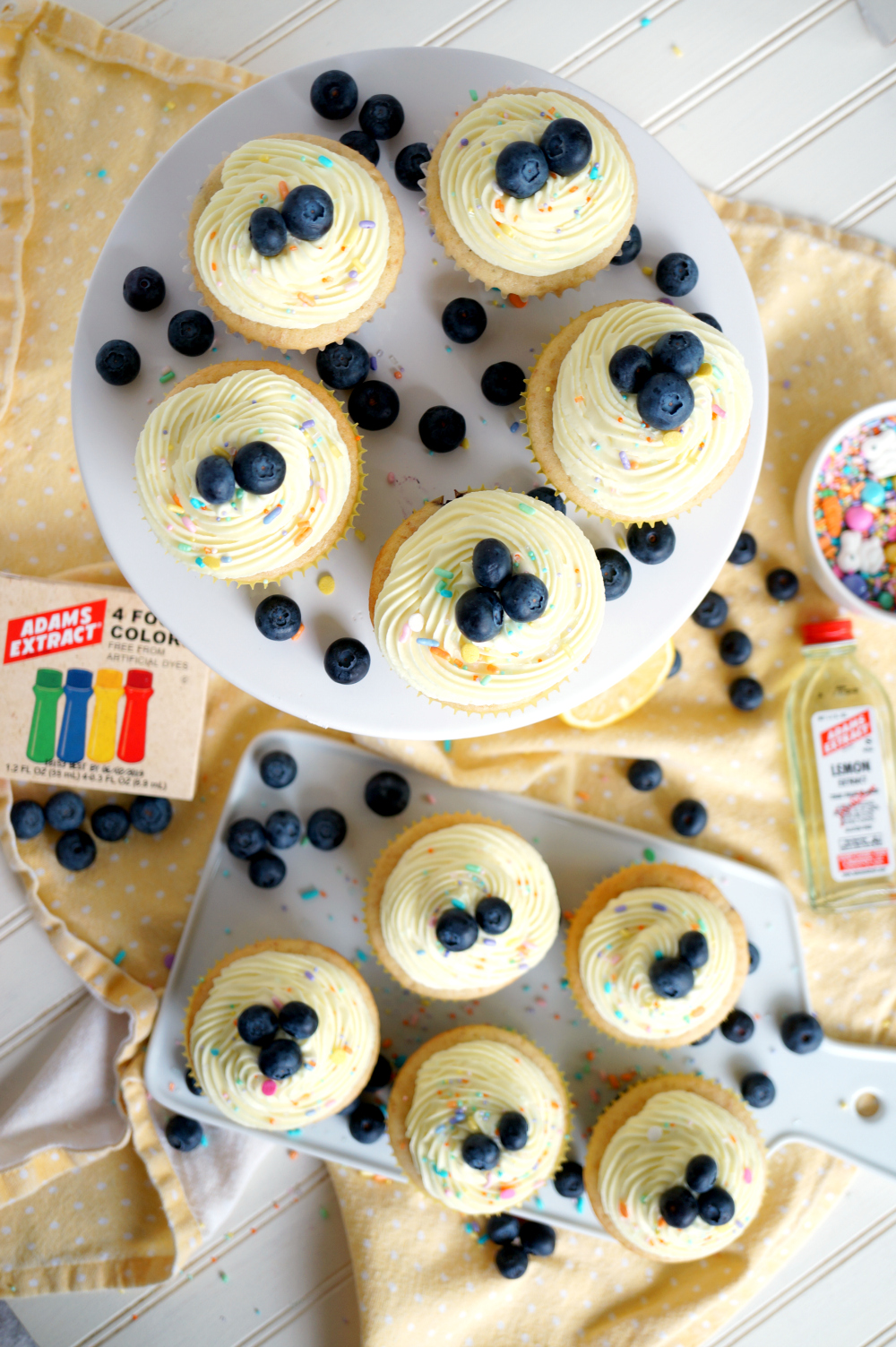 Check out all my #SpringSweetsWeek recipes: