This post is sponsored in conjunction with #BrunchWeek. I received product samples from sponsor companies to aid in the creation of the #Brunchweek recipes. All opinions are mine alone. #ad

Give your morning a tasty caffeine buzz with these Vegan Coffee Cinnamon Rolls! Soft, fluffy, and packed with coffee & spice flavors. 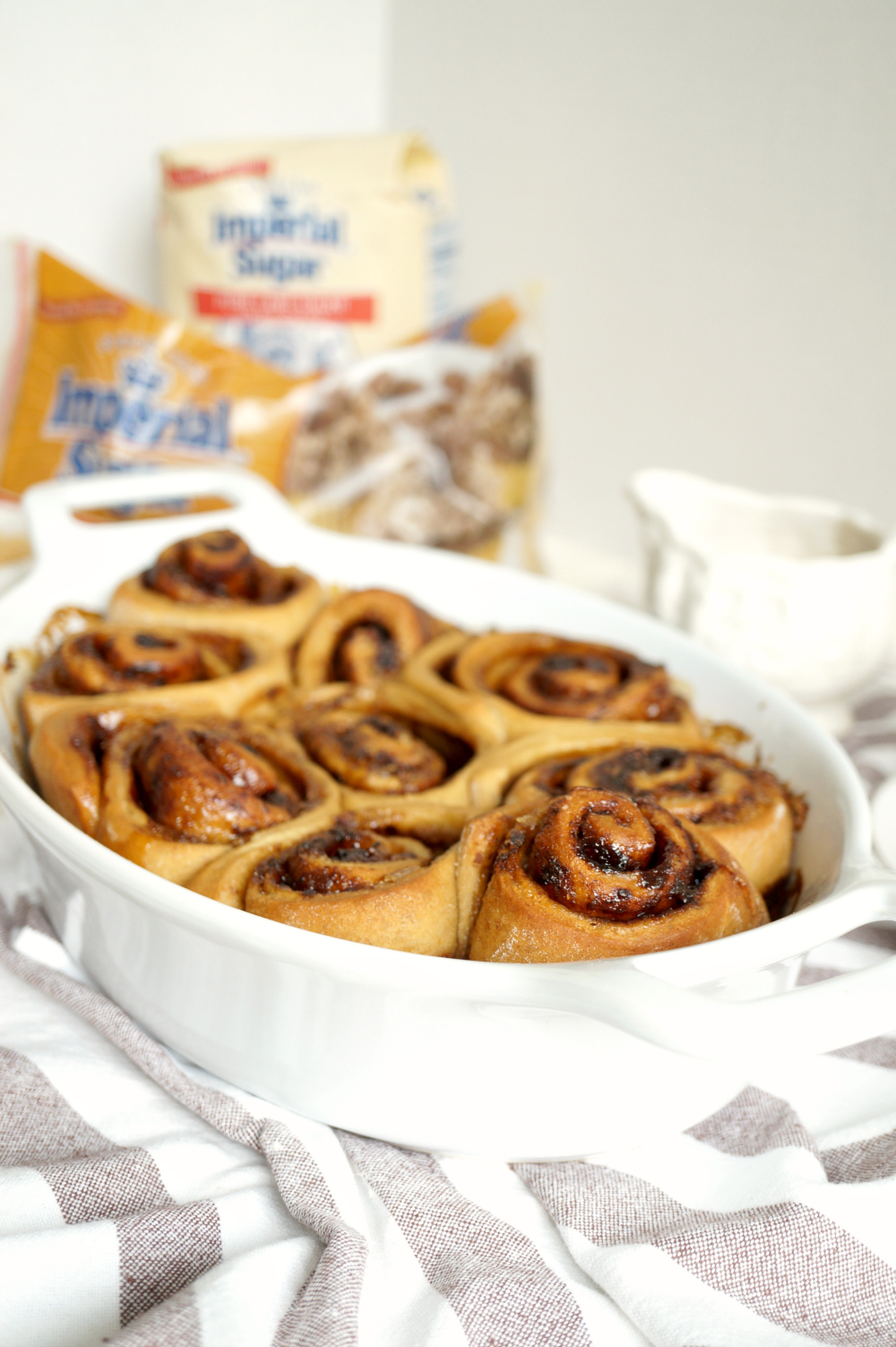 Hiii friends and happy Monday! It seems that themed weeks are becoming a habit around here, so you guessed it - today is the beginning of another one! Welcome to #BrunchWeek 2019, hosted by Love and Confections and A Kitchen Hoor's Adventures! I have paired up with some truly phenomenal food bloggers and we have created some delicious treats for you. As always, we are also backed by some awesome sponsors who make all this possible, and contribute to a great prize pack one of YOU will win! Be sure to scroll to the bottom of this post for all the details (and to enter to win!). My first creation for the week is these Vegan Coffee Cinnamon Rolls: soft, fluffy, and packed with coffee & warm cinnamon flavors. They're kind of the best thing ever! 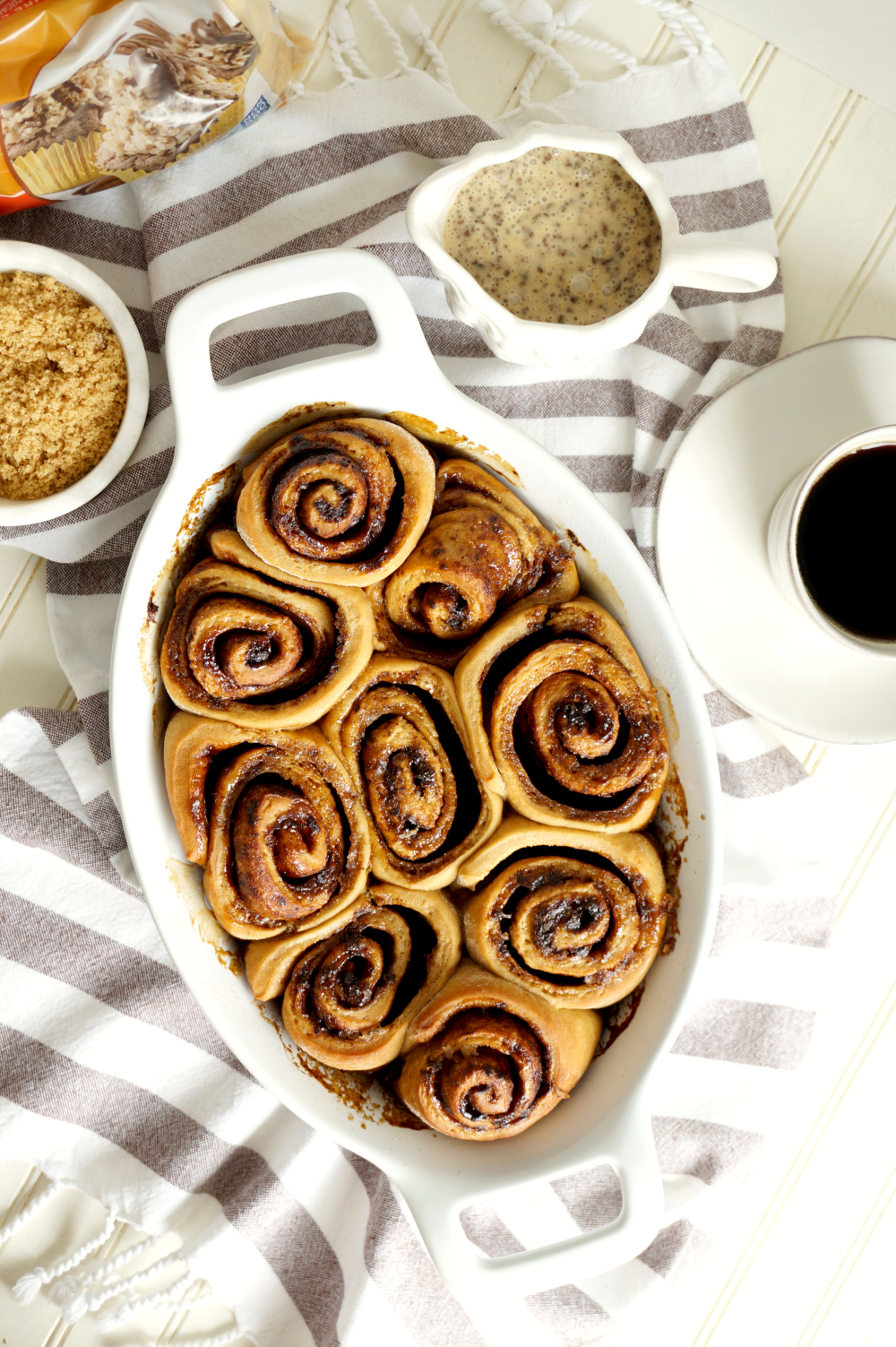 I feel like I always make some sort of jazzed up cinnamon roll for these events, but what can I say - I just love them so much! The possibilities with a batch of sweet roll dough are seriously endless, and I have been wanting to try a coffee variation for years. When I saw that Imperial Sugar was a sponsor for #BrunchWeek, I knew the time had come! These coffee cinnamon rolls are a bit of a triple threat, since they use granulated white sugar in the dough, light brown sugar in the filling, and powdered sugar in the frosting. They're the perfect recipe to showcase every type of sugar there is! 😉 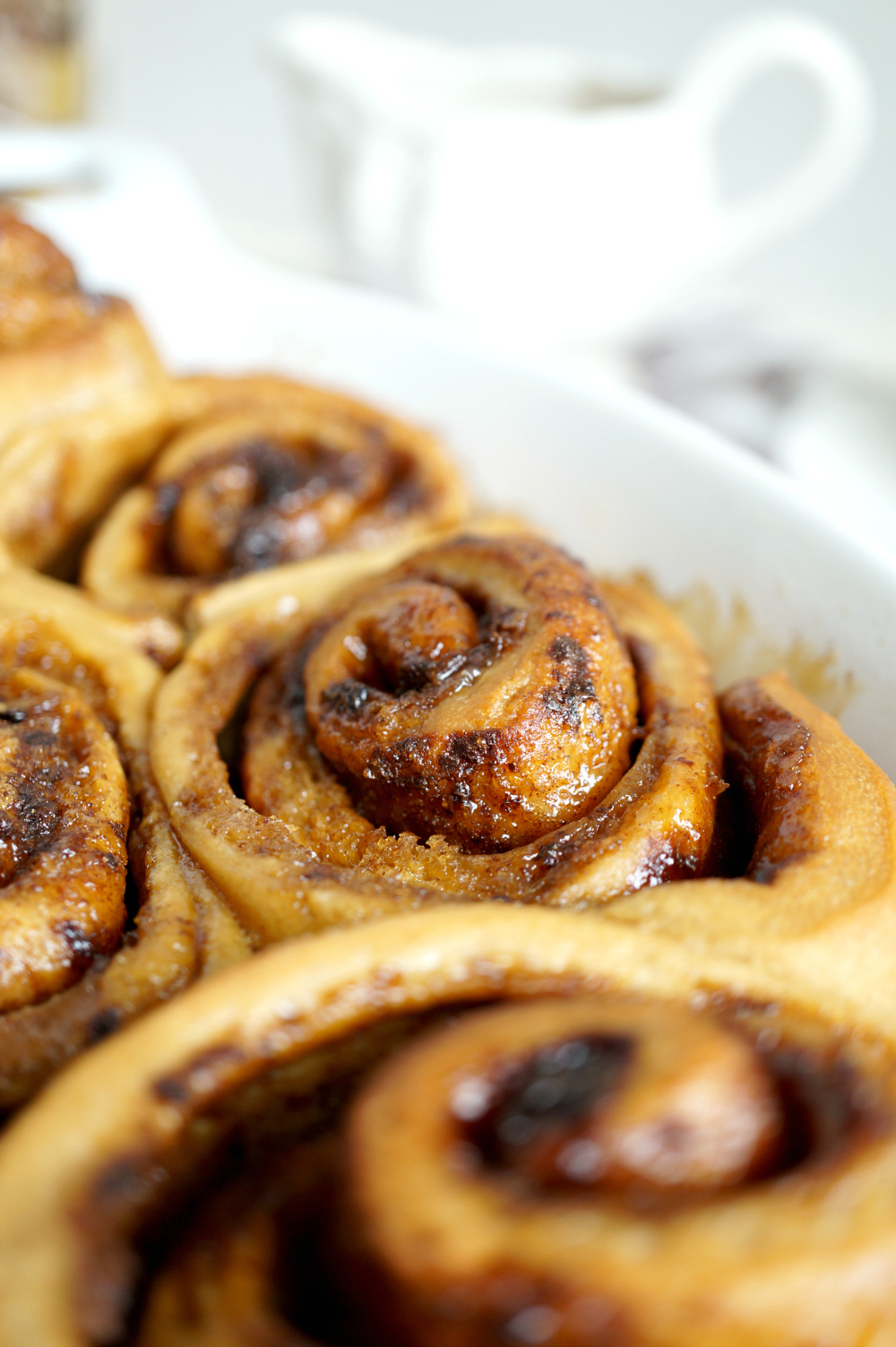 So, let's talk about these coffee cinnamon rolls a bit more - they have coffee in the dough, in the filling, AND just a bit more in the frosting. You know, for good measure. My favorite ingredient for coffee recipes is instant coffee crystals! Some people swear by espresso powder, but I have a hard time finding it in stores (and I'm sure you guys do, too). Not to mention that the times I have seen it, it's been pricey!! Instant coffee crystals are a great way to bring the coffee flavor into your recipes. I just buy a box of individual packets so I just have them on hand when needed! 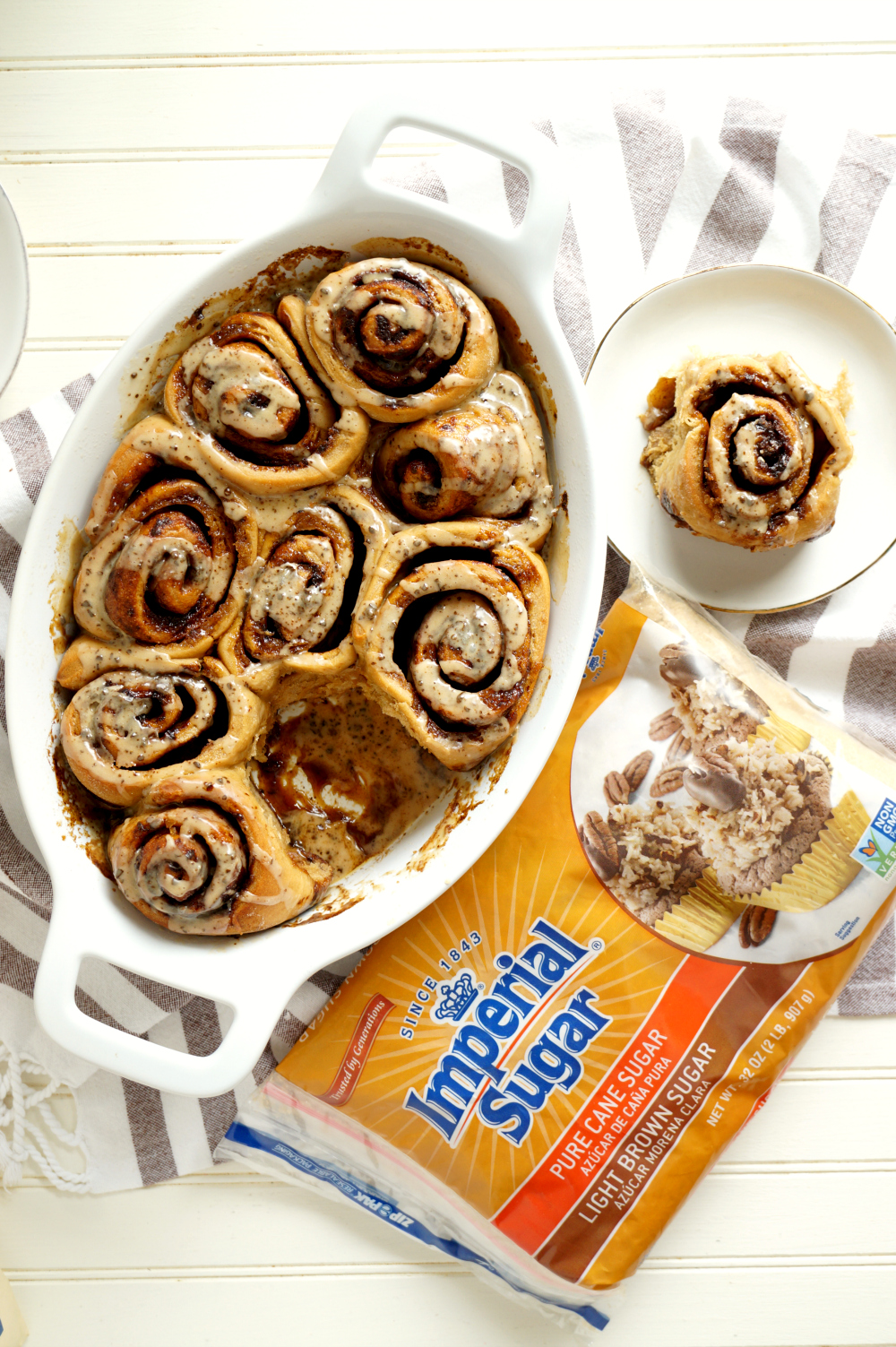 These events are always a group effort, so be sure to check out everyone's delicious creations for today -

BrunchWeek Appetizers and Salads:
Keto Chicken Salad from Platter Talk
Pecan Grape Salad from For the Love of Food 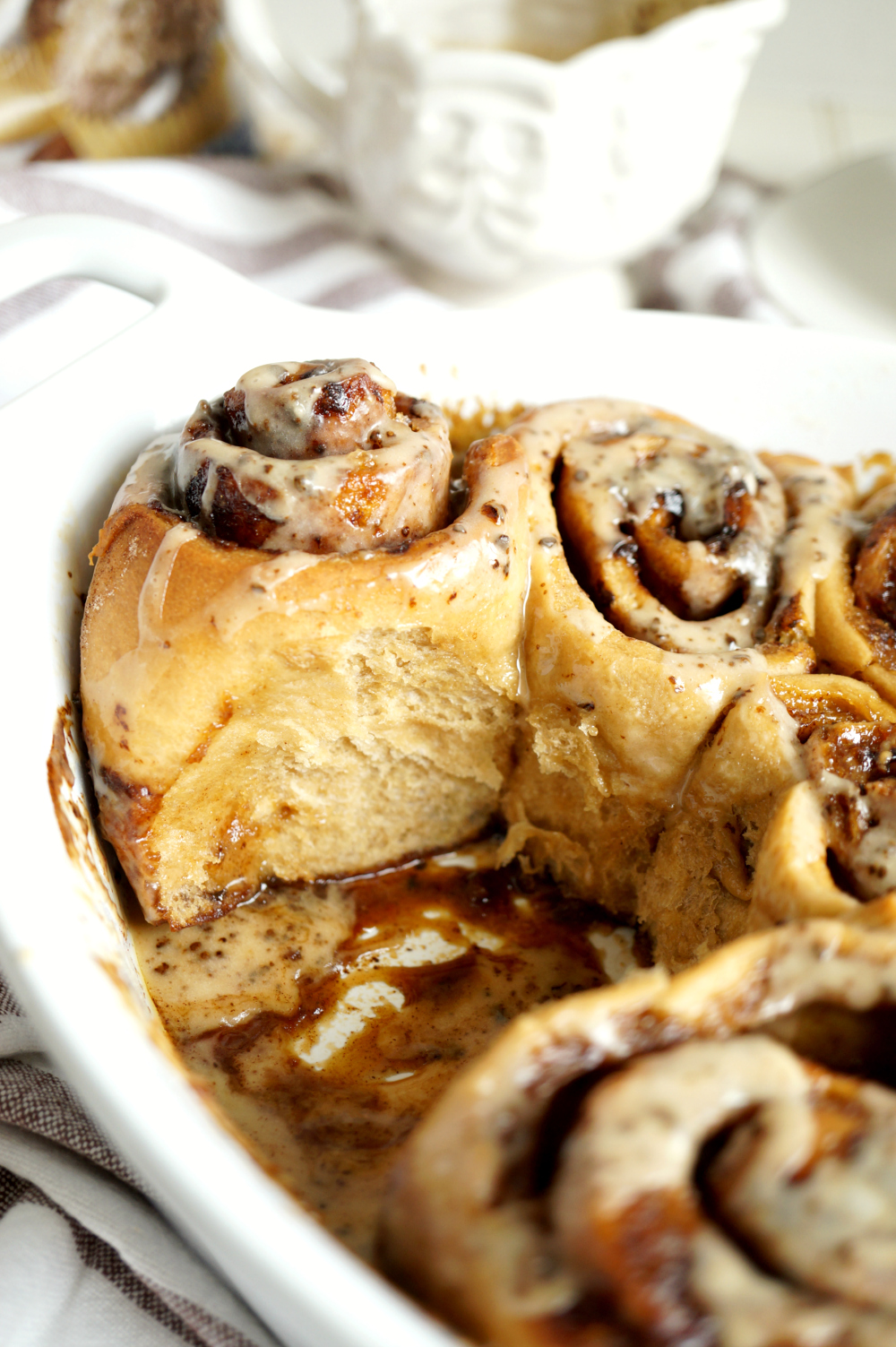 I hope you guys will whip up these coffee cinnamon rolls sometime soon! They're so tasty and surprisingly easy to make. You will totally love them!

My recipes for #BrunchWeek: