This Vegan Blueberry Coconut Pie is filled to the brim with fresh seasonal berries! Coconut milk in the filling makes this pie extra rich and creamy.

Hi friends and happy Friday! Today is officially the last day of #BlueberryWeek, and I am wrapping it up with this delish Vegan Blueberry Coconut Pie! I used my favorite simple pie crust recipe, and filled it with loads of fresh blueberries and coconut milk for a pie that tastes perfectly summery. It really is all sorts of perfection with a dollop of whipped coconut cream (or coconut ice cream)!

I've talked about how I am not a pie connoisseur time and time again, but I do have to say that since I started making THIS pie crust (from my friend Sugar & Satire), I have hated making pie just a little less. I'm still definitely not an expert and I'm sure I overwork the dough 100% of the time, but if the crust can come together and stay together... that's a win in my book! Though in a pinch, I'm still a big advocate for the storebought stuff. So easy! So cheap! And... most of the time, accidentally vegan. Works for me 😉 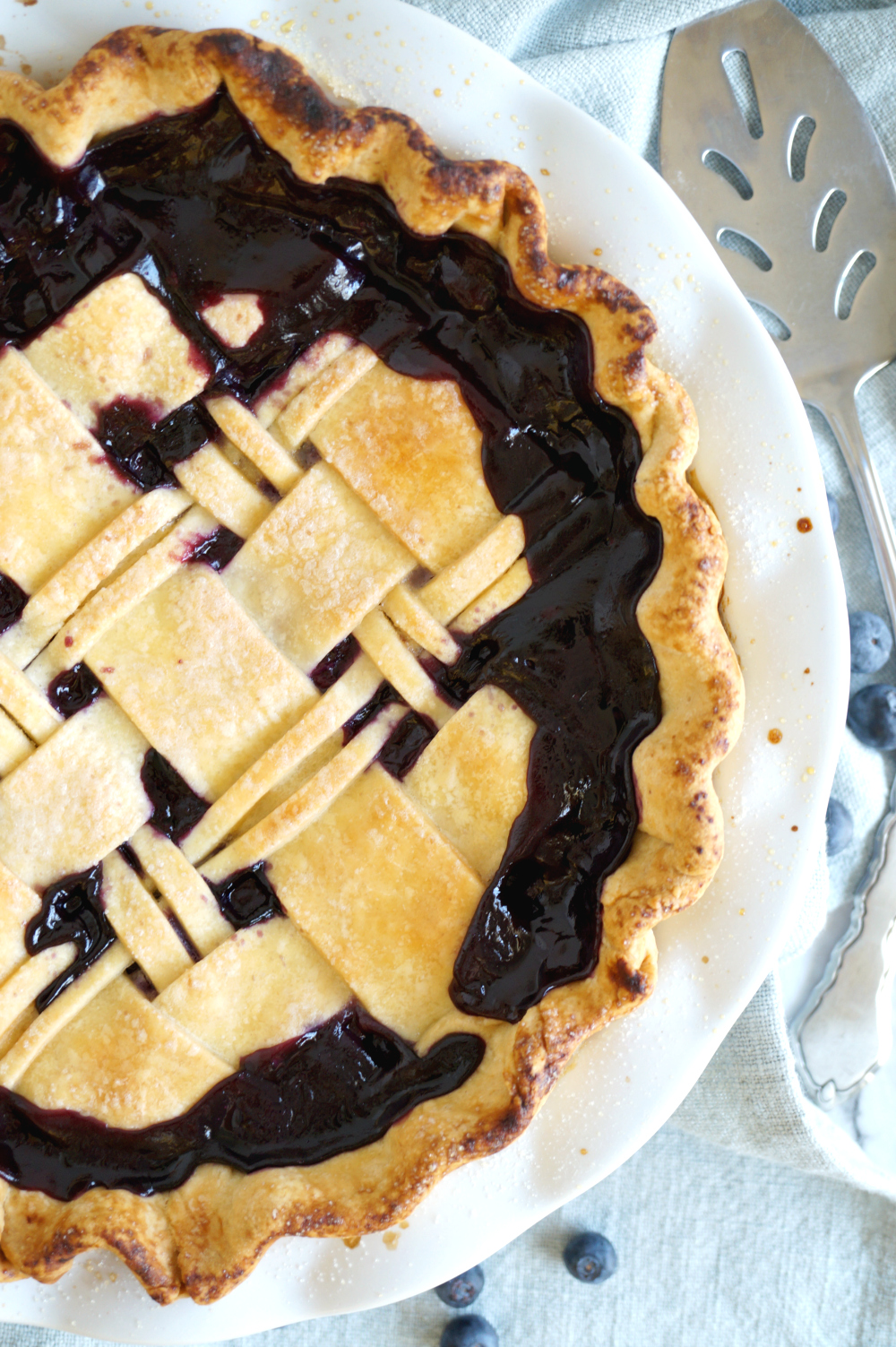 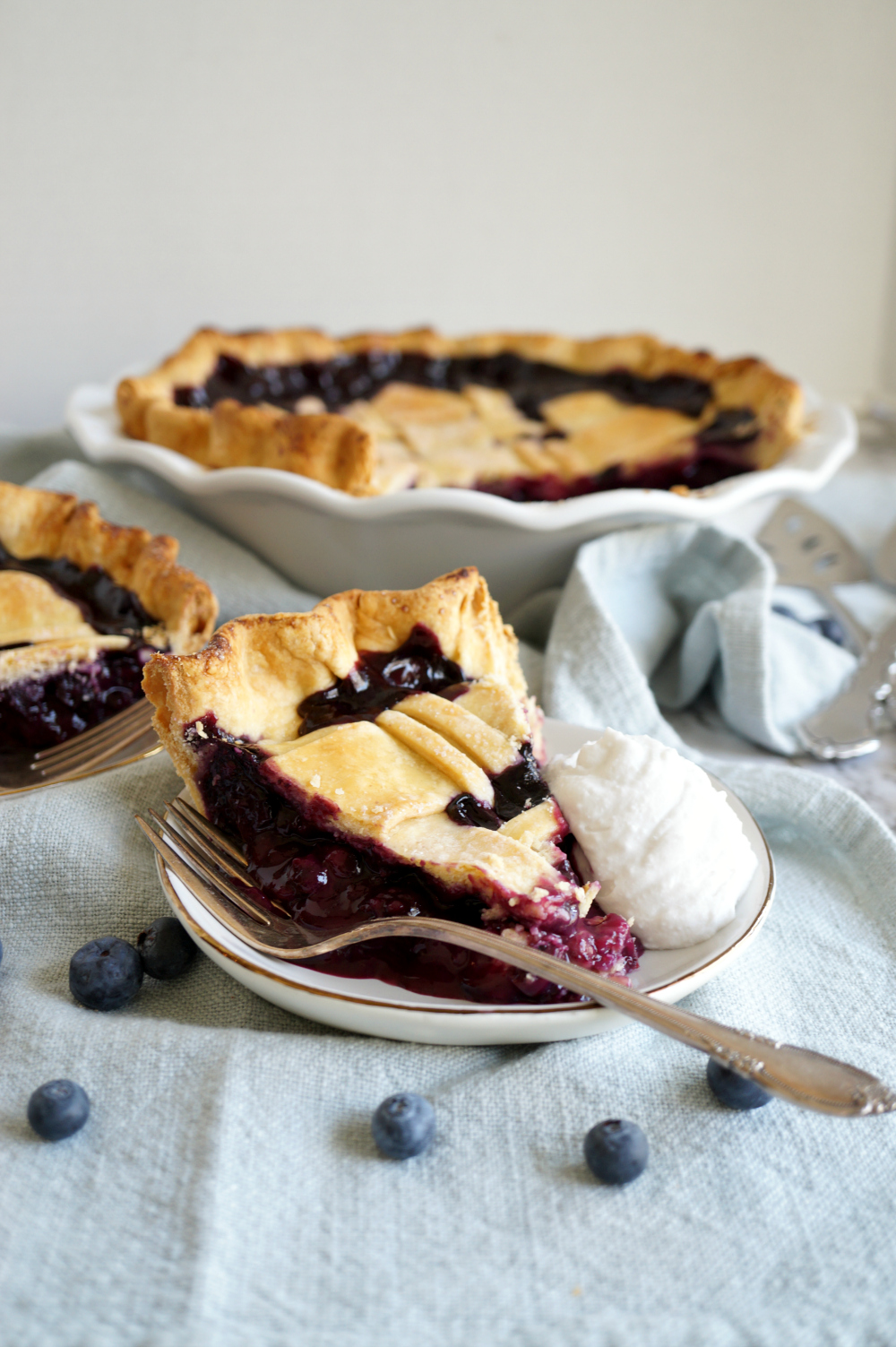 For this blueberry coconut pie, I actually took inspiration from my creamy apple pie... I wanted to know what would happen if I mixed in rich, silky coconut milk into my pie filling. Magic is what happens, people! This pie is definitely not a custard pie or anything (as you can clearly see), but the coconut milk makes the filling creamier, and mellows out the floral aspect of the blueberries, which can be a little harsh in large amounts. If you want to play up the coconut aspect even more, you can of course add in some coconut extract or even make a coconut oil pie crust! I decided to stick with the coconut milk inside, and I served it with whipped coconut cream for a little extra oomph 🙂 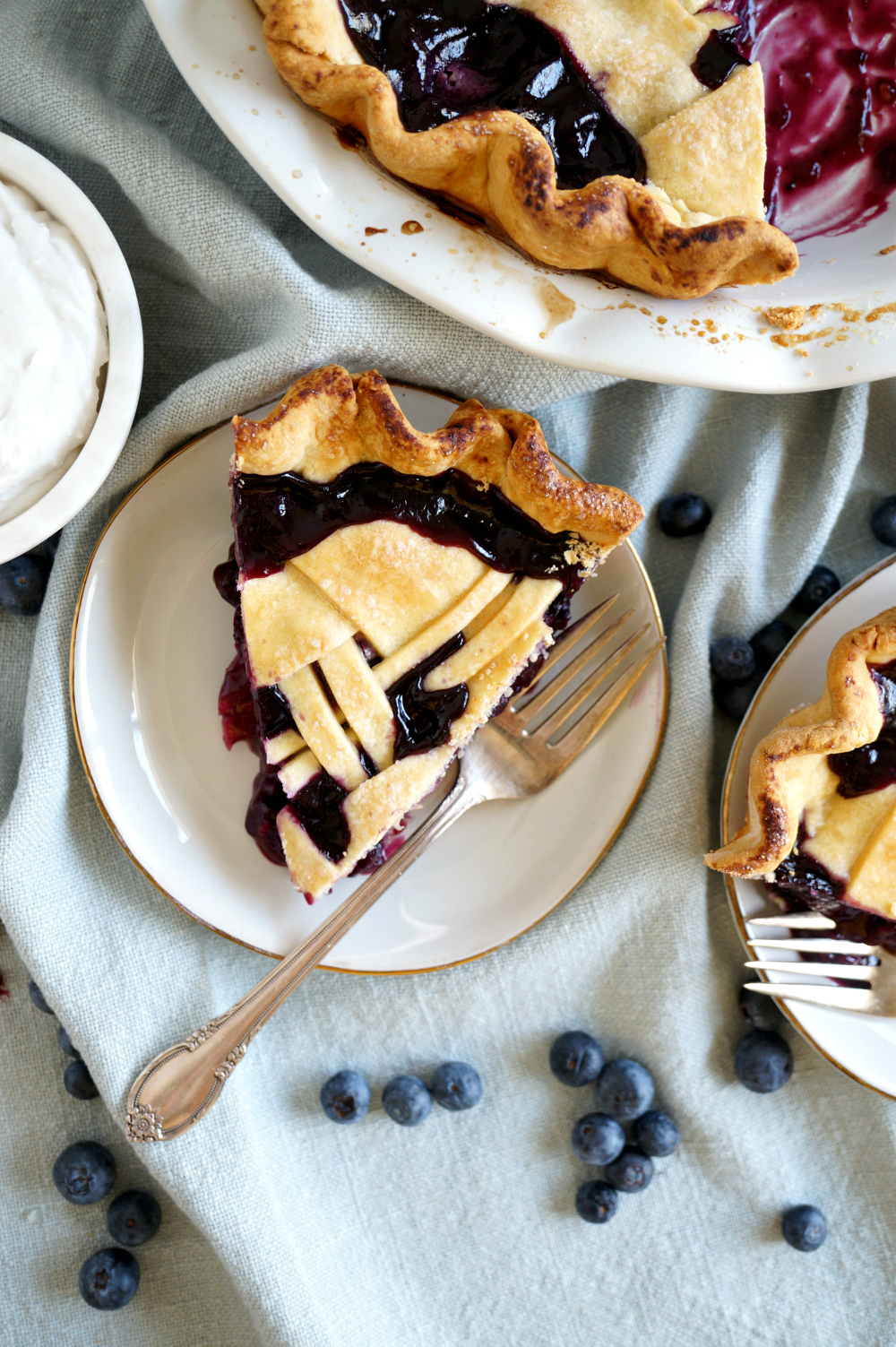 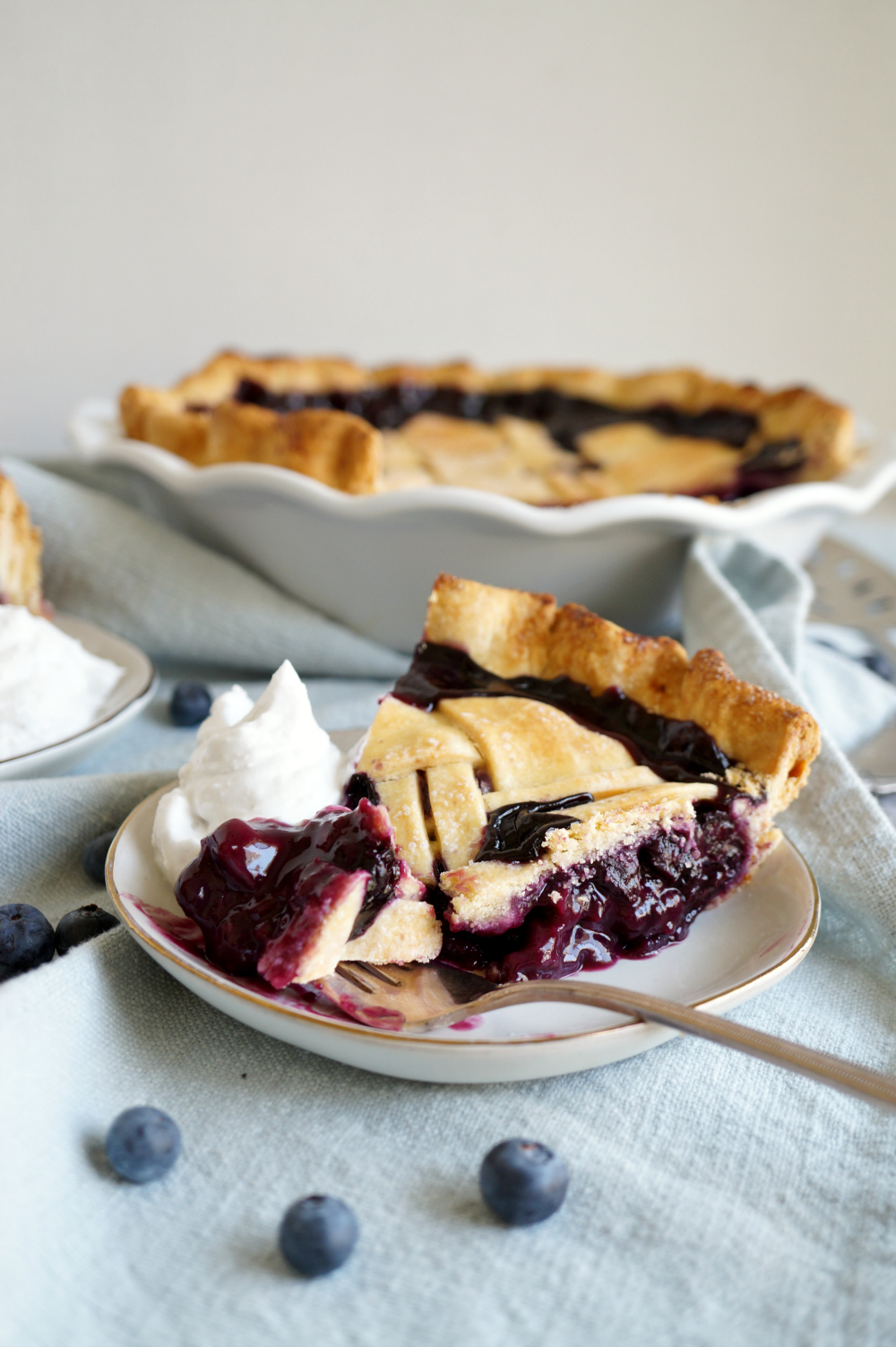 For one last time... let's hear it for all the delicious blueberry creations of the day! 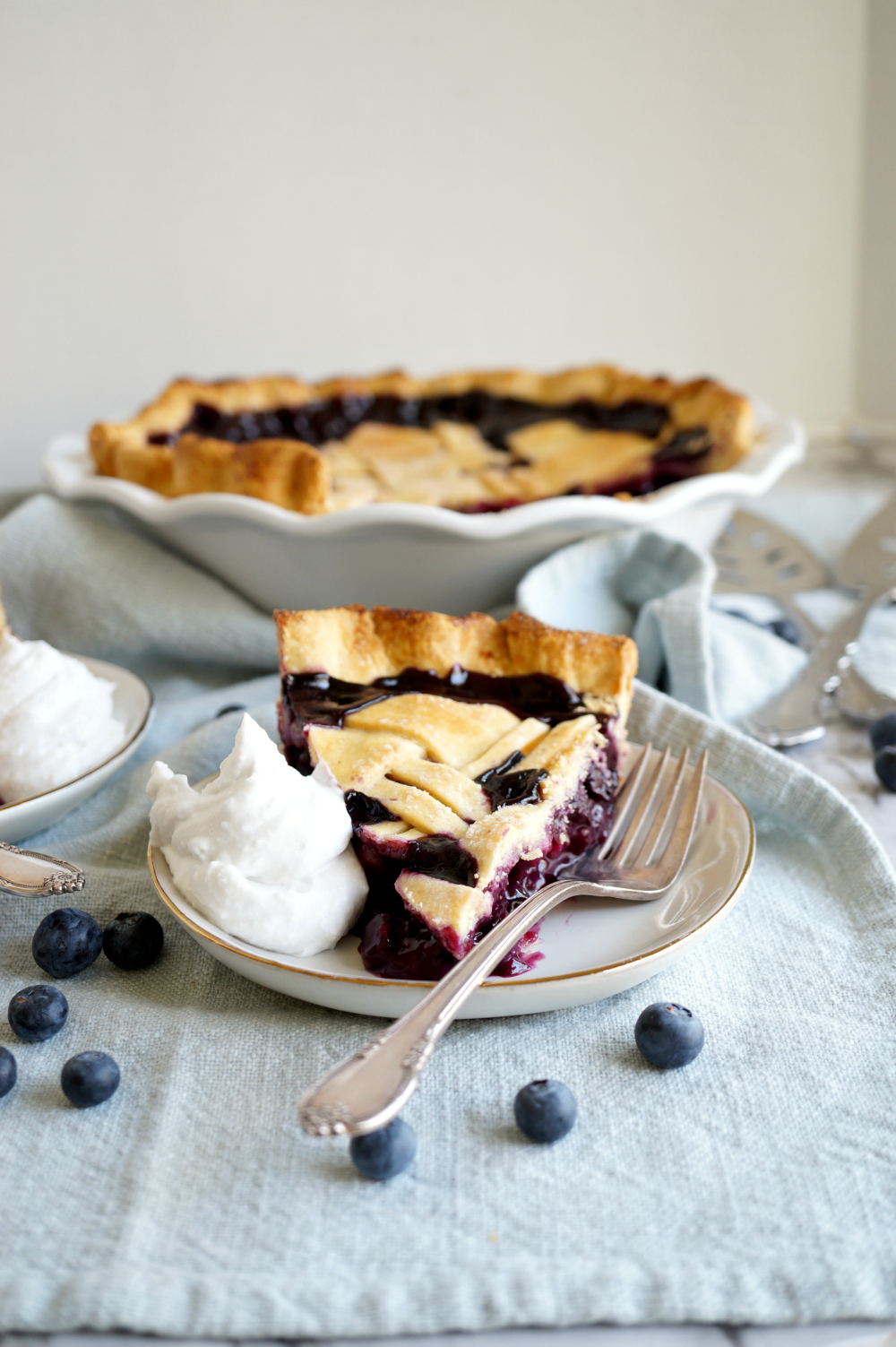 I hope you guys have had fun this #BlueberryWeek... I know I have! Be sure to check out what I made earlier this week, too.