If you're craving an easy and delicious dessert, whip up these super simple One-Bowl Truffle Brownies! Everything is made in 1 bowl and they're ready in just 30 minutes! 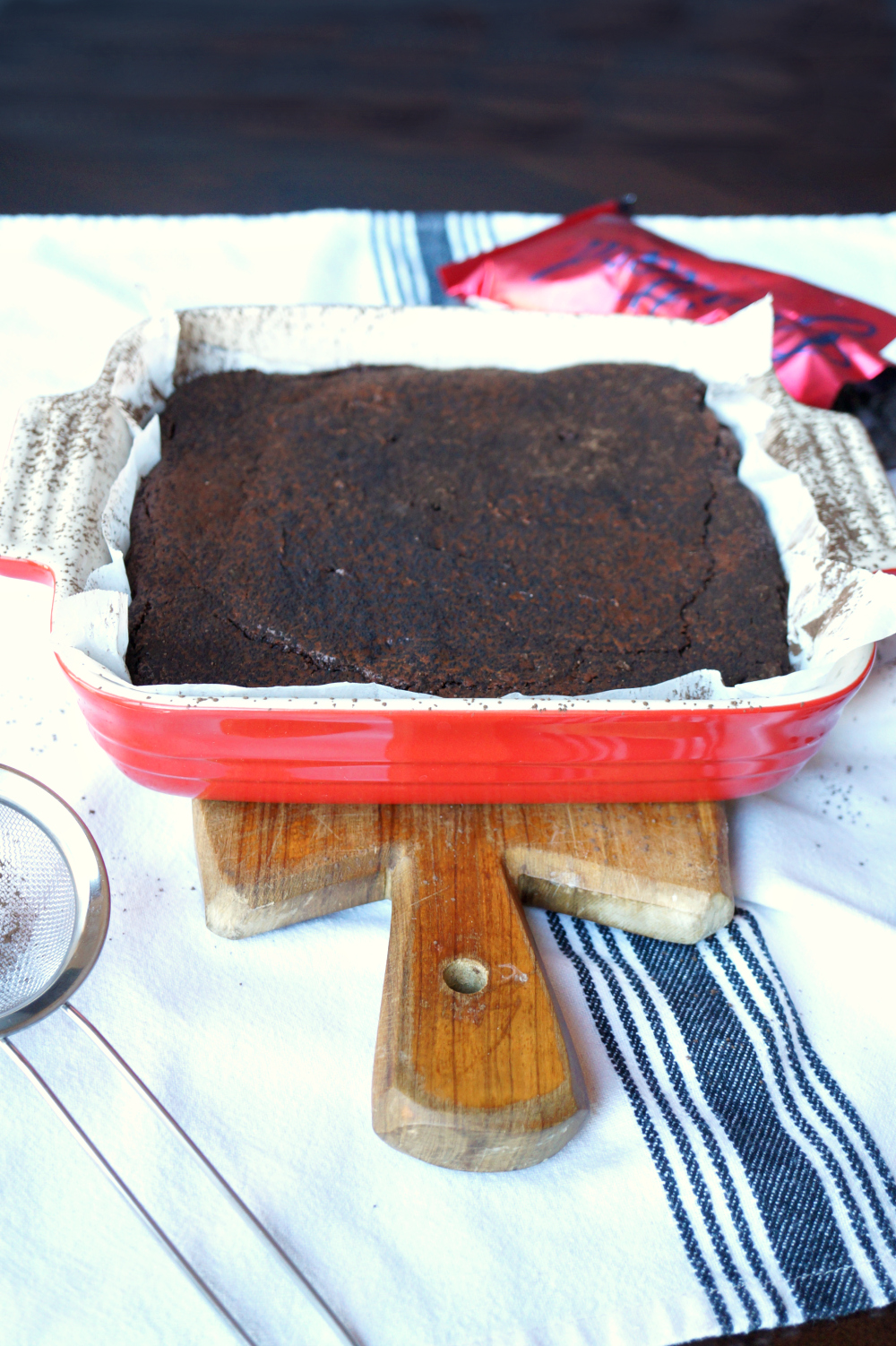 Happy Friday, loves! I am so pumped to be sharing this recipe with y'all today. These brownies are seriously amazing and they've been on the blog since like, 2013. But the pictures are so ugly that I'm sure nobody is paying attention to them. So... surprise! I decided to reshoot this recipe and give it the well-earned spotlight. These are the EASIEST One-Bowl Truffle Brownies and they contain an almost embarrassing amount of chocolate and butter. I said almost. Because they're so good that you won't care about the calories. Let's make them! 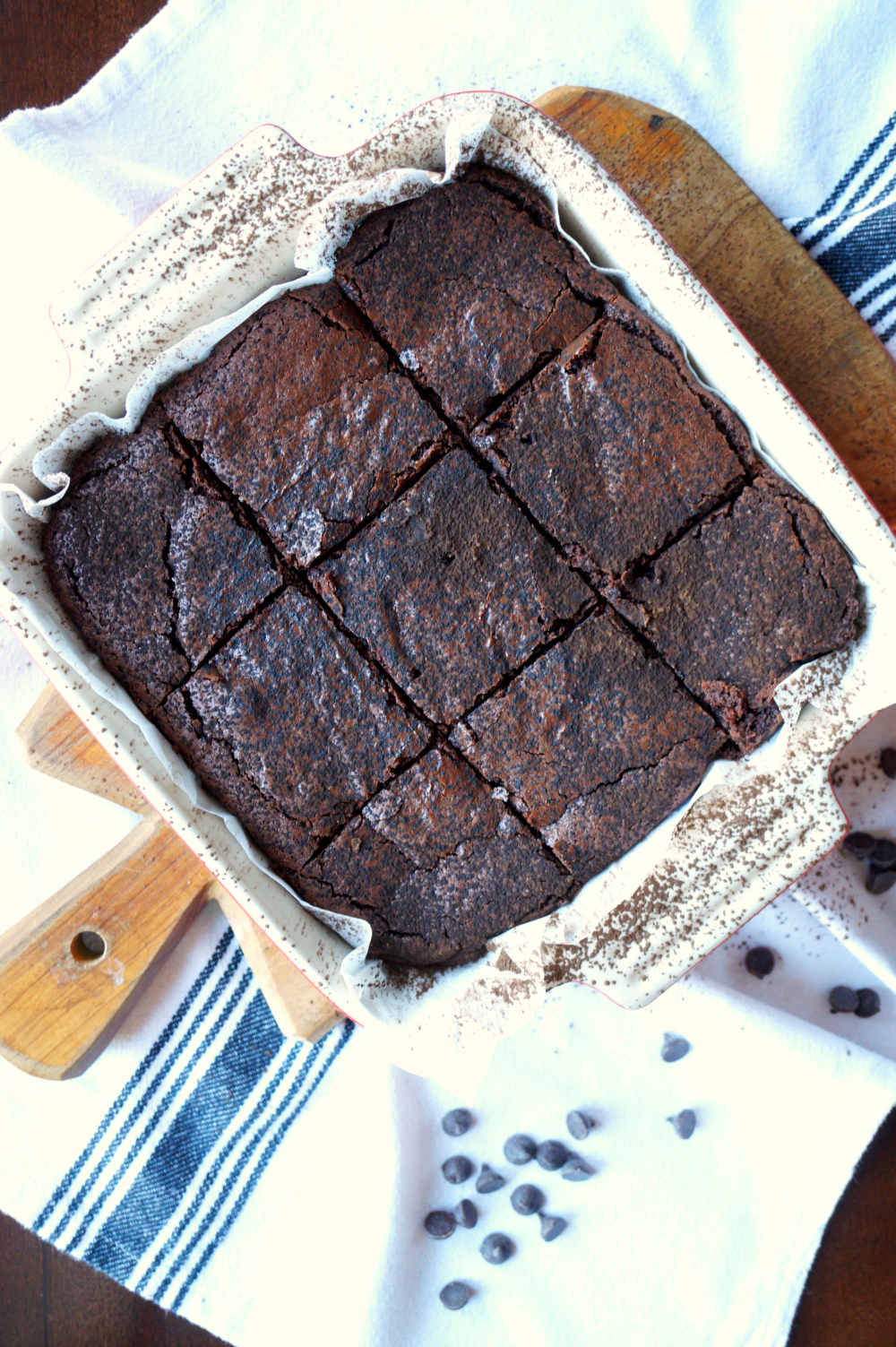 SO, like I said. These are the EASIEST brownies ever! All the steps of this recipe are made in, you guessed it, one single bowl. So that also means minimal dirty dishes for you. You're welcome. They're super versatile, as they will, A) take any topping you add into them wonderfully, and B) can be more fudgy or cakey just depending on how long you bake them. While my original truffle brownies were more fudgy, these I feel like I overbaked just a smidge. But they were still SO GOOD. Something else that's unique about these brownies is that I think they're better the next day once they cool off and settle. That really maxes out the fudge factor! 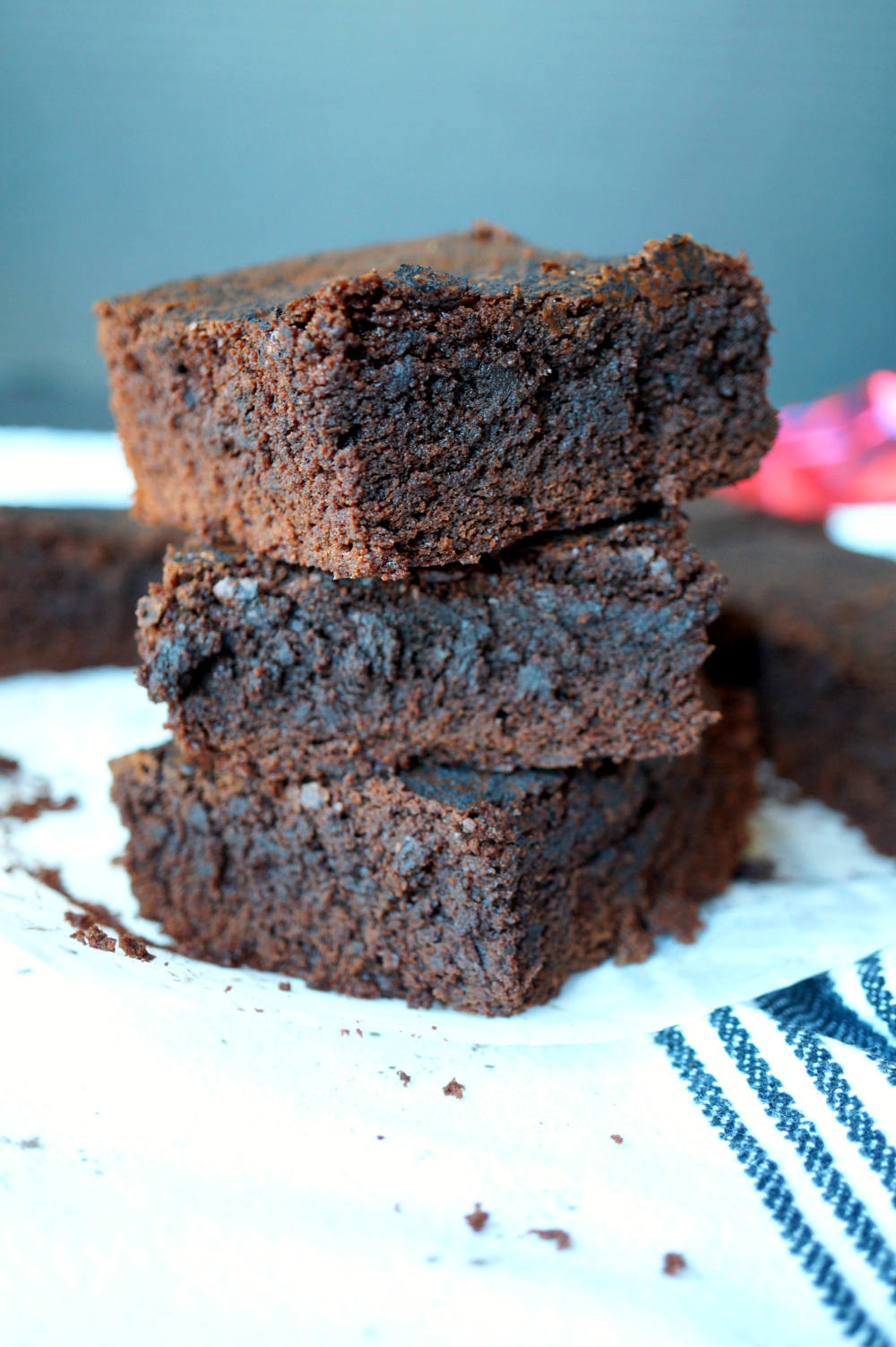 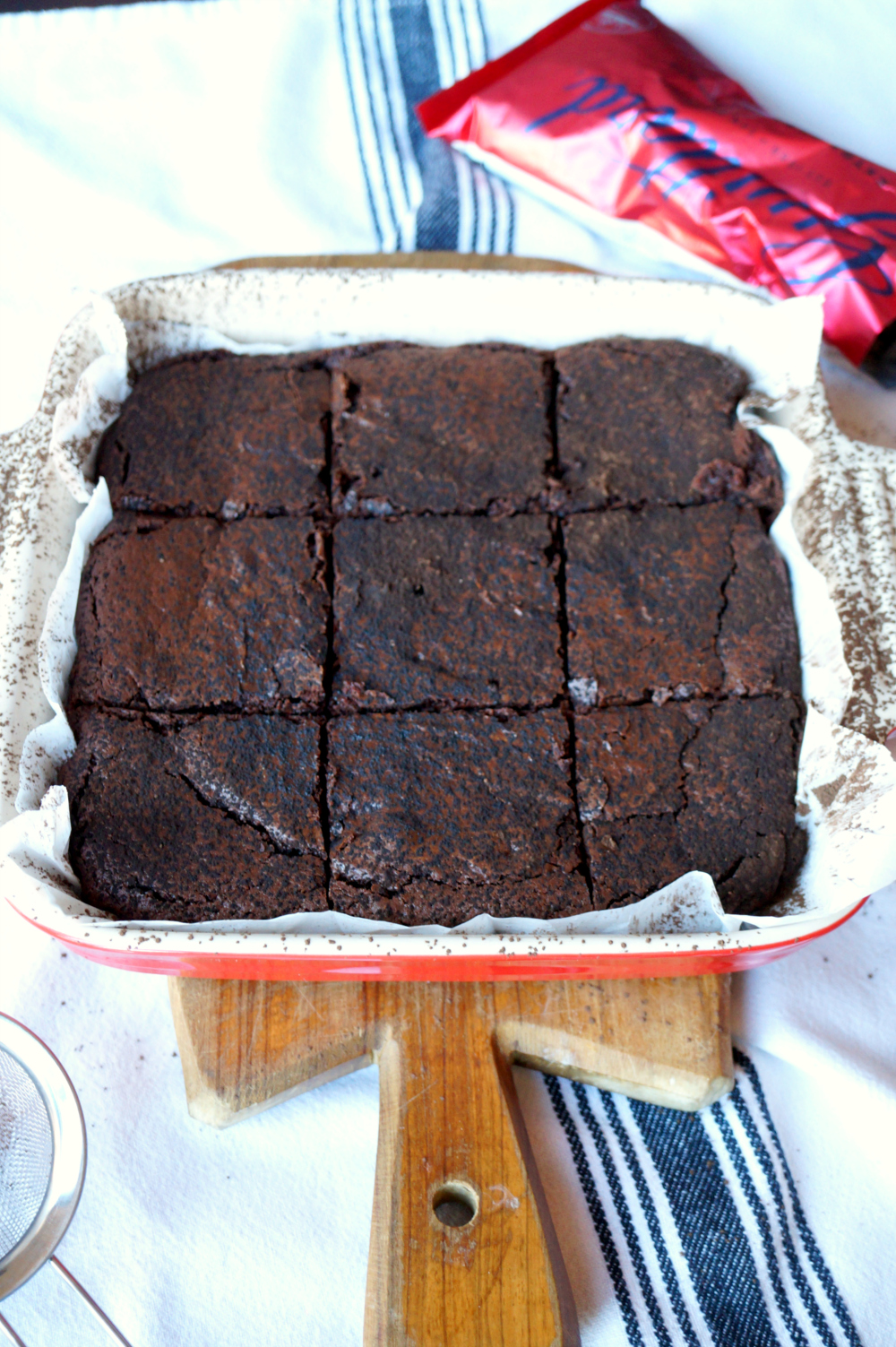 When discussing brownies {as I, with approximately 16 brownie recipes, am clearly an expert and often discuss brownies}, there are generally two subdivisions. You have cocoa-based brownies, and chocolate-based brownies. Cocoa brownies are basically your classic "brownie mix" brownies, mostly dry-ingredients based with oil and eggs and milk added in for wet ingredients. Chocolate brownies are based on melted butter and chocolate which makes for a bit of a different texture. These truffle brownies right here are firmly in the CHOCOLATE category, and they remind me of flourless chocolate cake and, well... truffles. Dense and deeply chocolatey, which is never a bad thing! 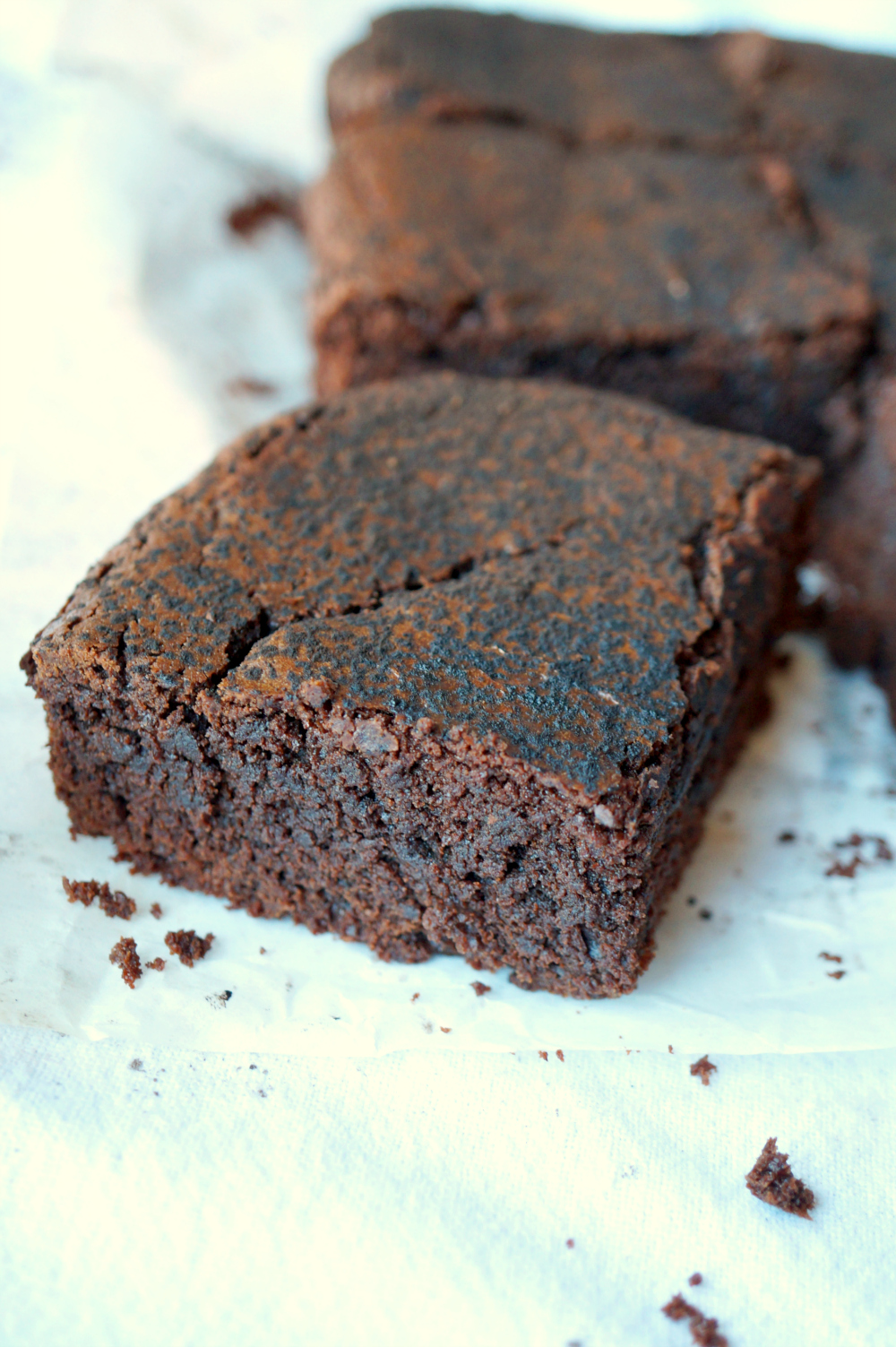 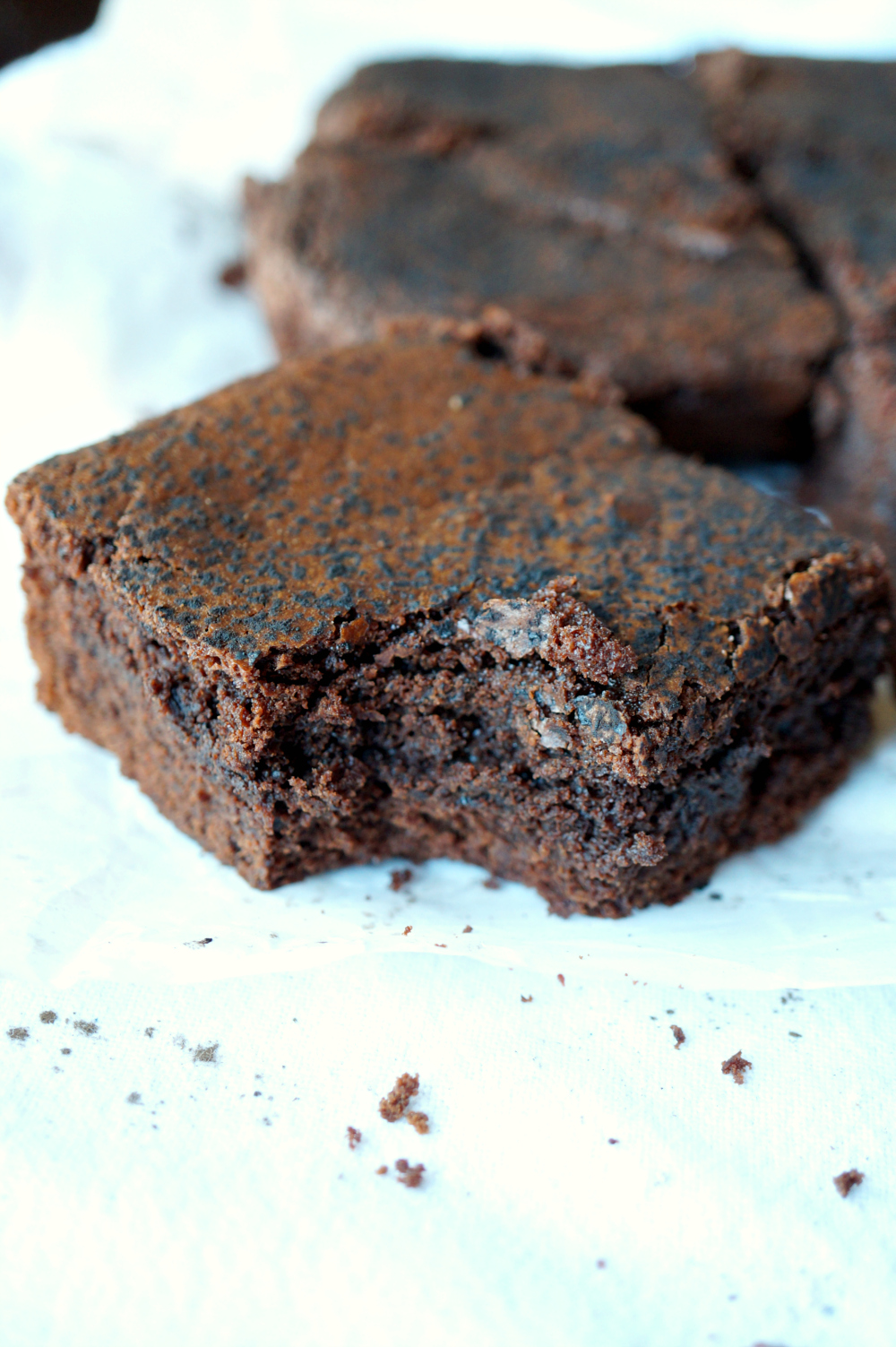 I hope you guys will try out these fab one-down truffle brownies soon! They really are so simple and sure to conquer any chocolate craving. 🙂 I used them as the base for these Marble Cheesecake Brownies but really the sky is the limit! How about adding in some fresh strawberries for Valentine's day? I think yes! 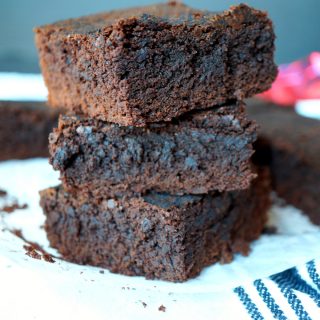