This post and recipe was created for #AppleWeek! I was sent products by some of the sponsor companies but as always opinions are 100% mine. #ad

Sweeten up your weekend with these Vegan Apple Pie Cinnamon Rolls! These pack all of the flavors of the classic dessert in a sweet and gooey spiced roll. 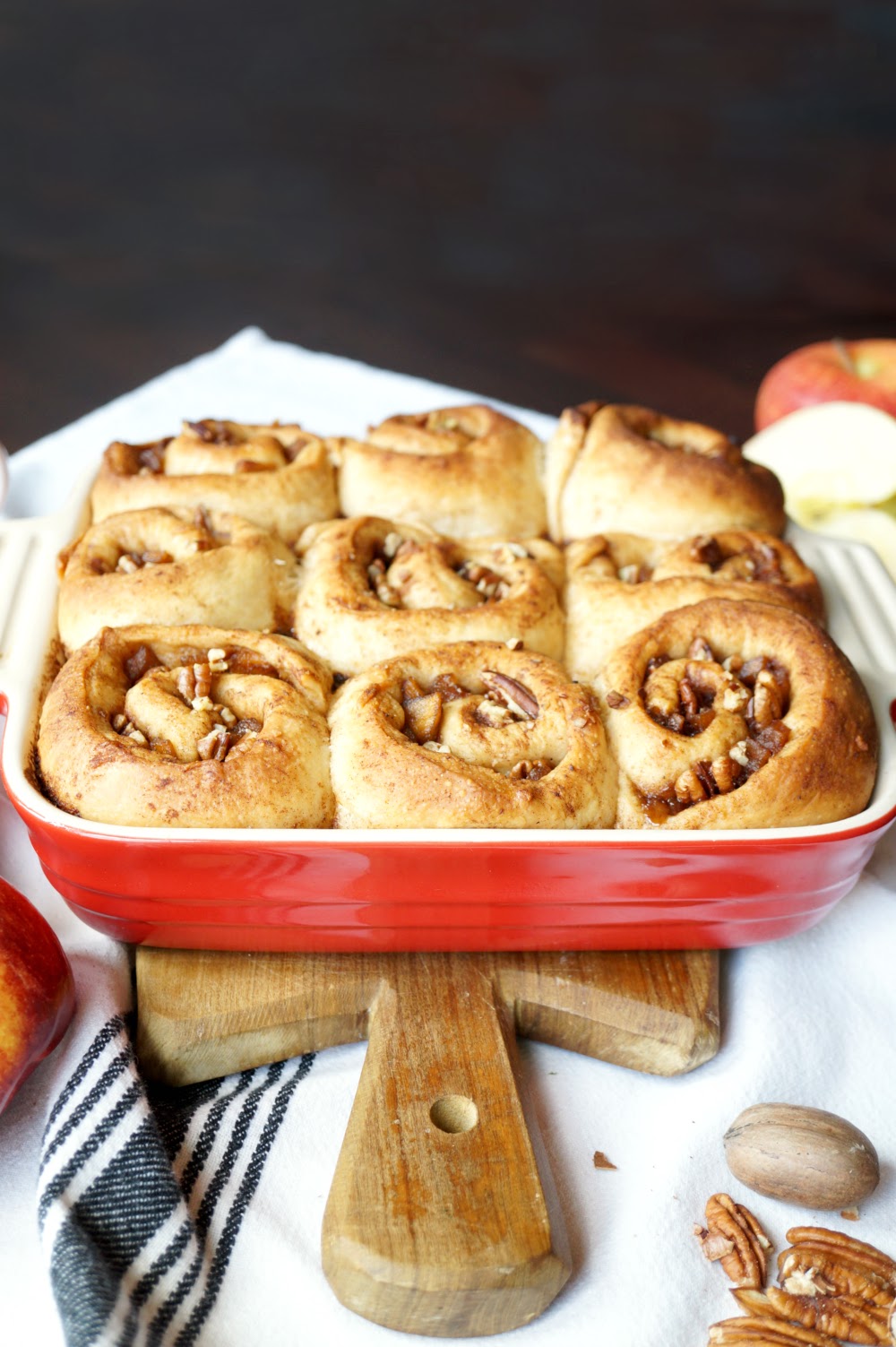 Hi friends and happy FRIDAY! I can't believe it's already the last day of #AppleWeek! That has really flown by, hasn't it? 😉 To review, on Sunday I shared THE GIVEAWAY, on Monday I shared this Vegan Caramel Apple Galette, Tuesday brought this Apple Cinnamon Layer Cake with Brown Butter Streusel, and on Thursday I posted this Caramelized Apple Wheatberry Porridge. The grand finale for today is these Vegan Apple Pie Cinnamon Rolls! You guys know I have a special place in my heart for sweet rolls and #AppleWeek wouldn't have been complete without one. Let's make them! 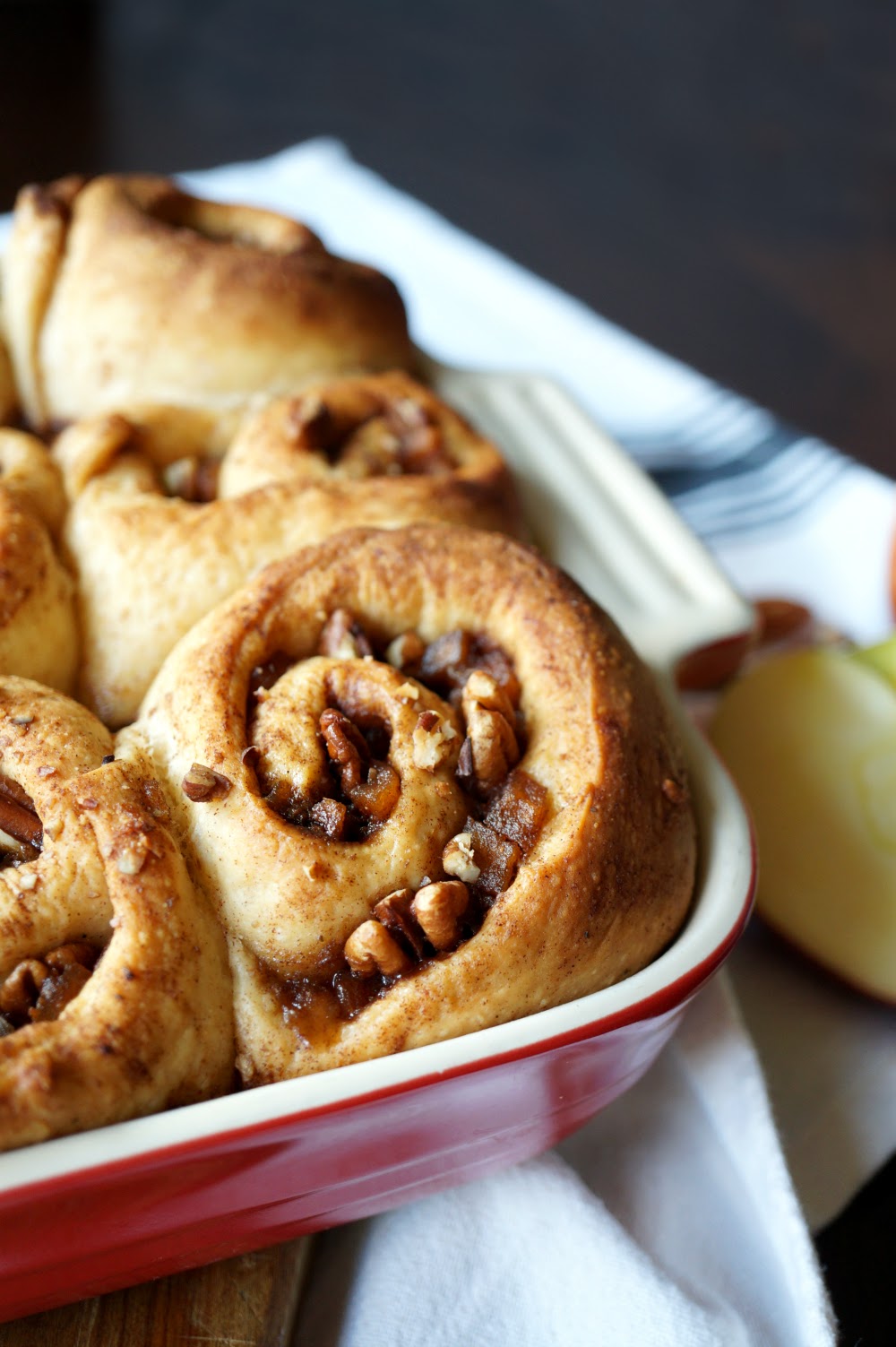 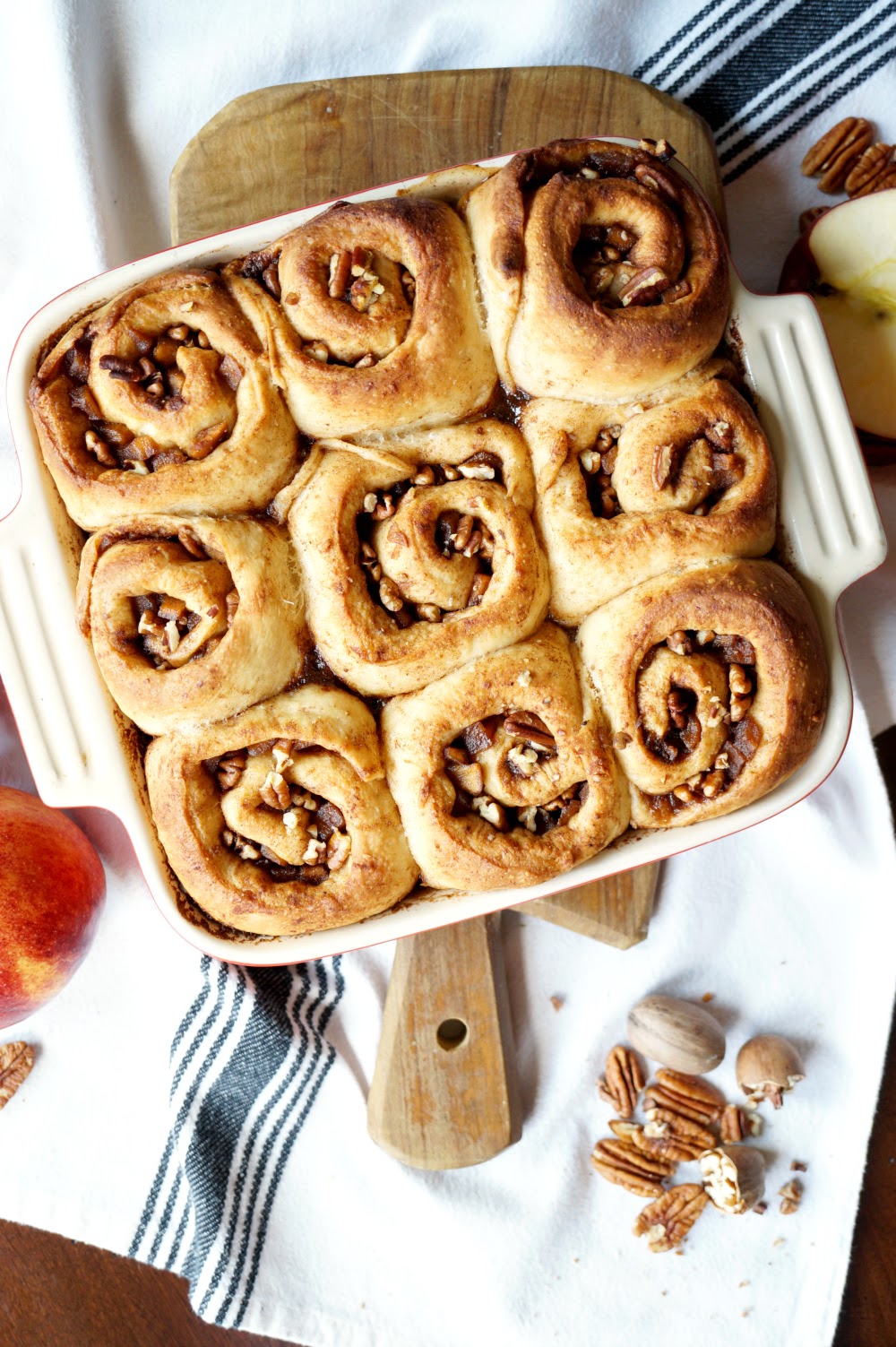 The sponsor for today's recipe is these fabulous Envy Apples! They are sweet, crisp, and added so much flavor to my apple pie cinnamon rolls. Though, to be completely honest... they sent me a ton of apples so I ended up using them in all of my #AppleWeek recipes. Let's keep it a secret though! 😉 For these sweet rolls, the apples are diced small and cooked down with brown sugar, apple pie spice, and coconut oil until thick, sweet, and caramelized. Then, they're slathered in my gold standard cinnamon dough, sprinkled with some pecans, rolled up, and cut into thick and chunky rolls. Let them rise overnight, and in the morning you're rewarded with the most decadent, irresistible apple pie cinnamon rolls. YUM. 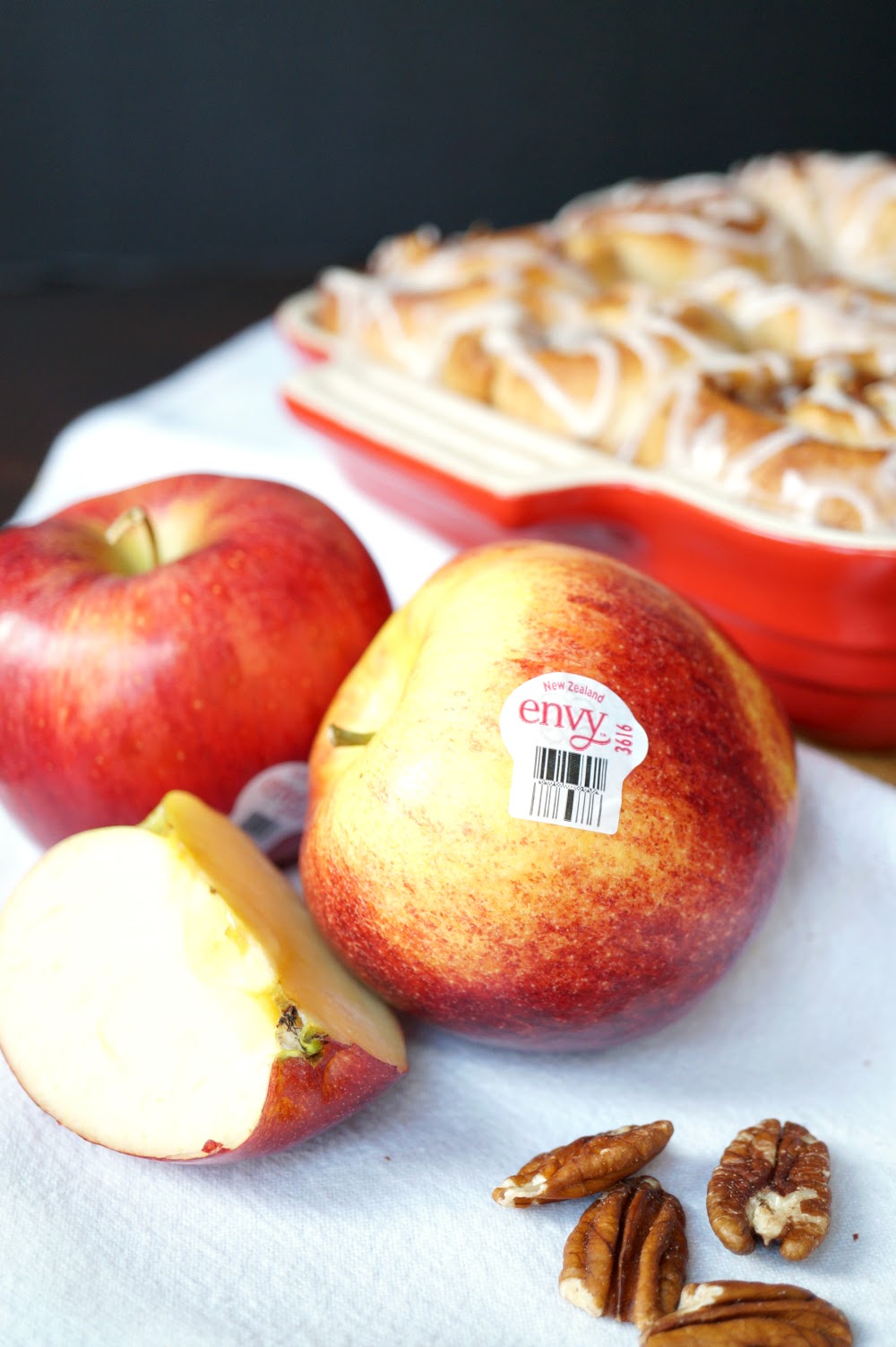 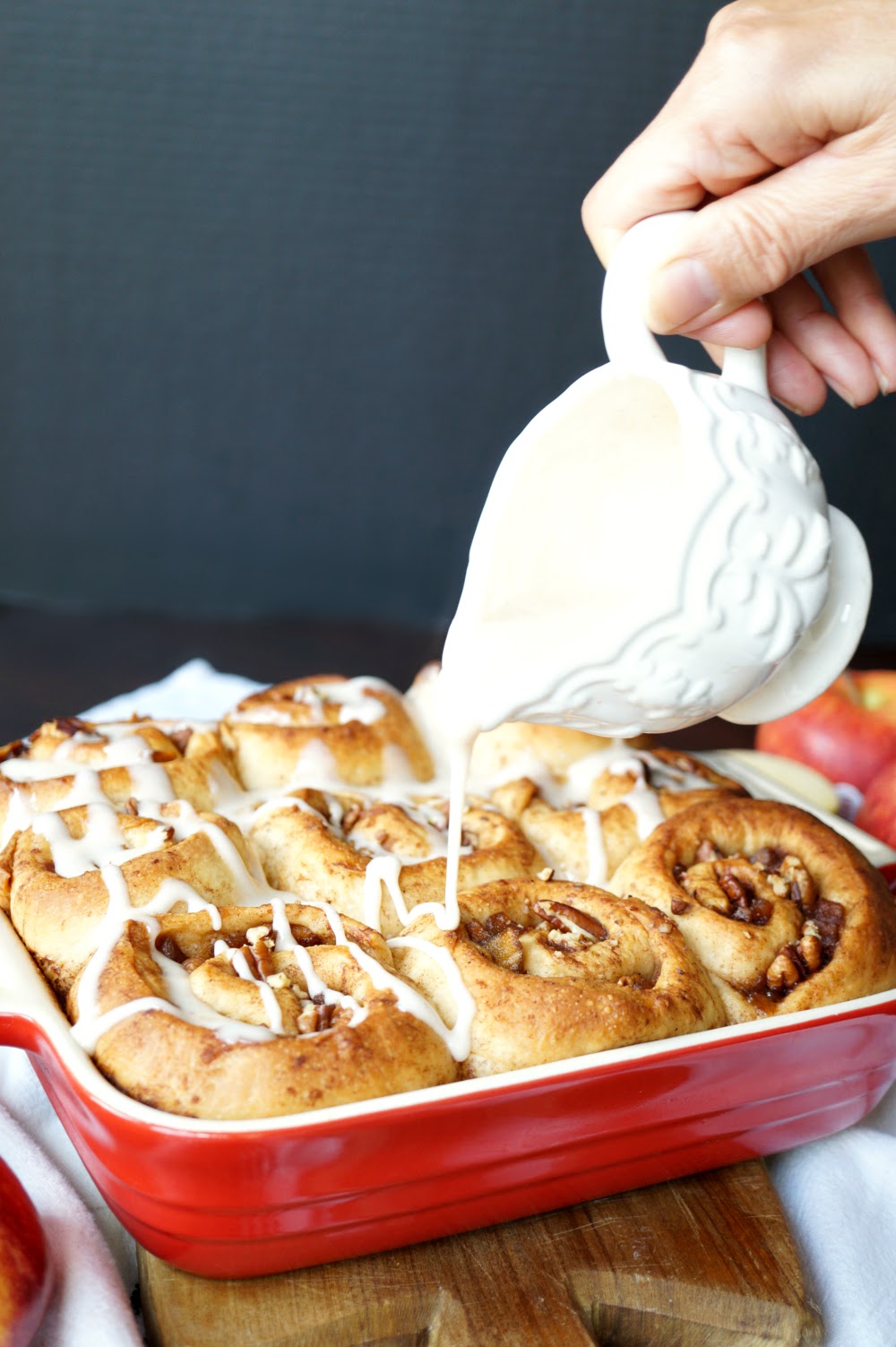 These apple pie cinnamon rolls are super easy to make vegan or otherwise just depending on what you have in the house! I used cashew milk and coconut oil, but if you don't have those on hand, you can easily sub dairy milk and dairy butter. The outcome will be just as good! But I'll always be here trying to peer-pressure you into being more plant based 😉 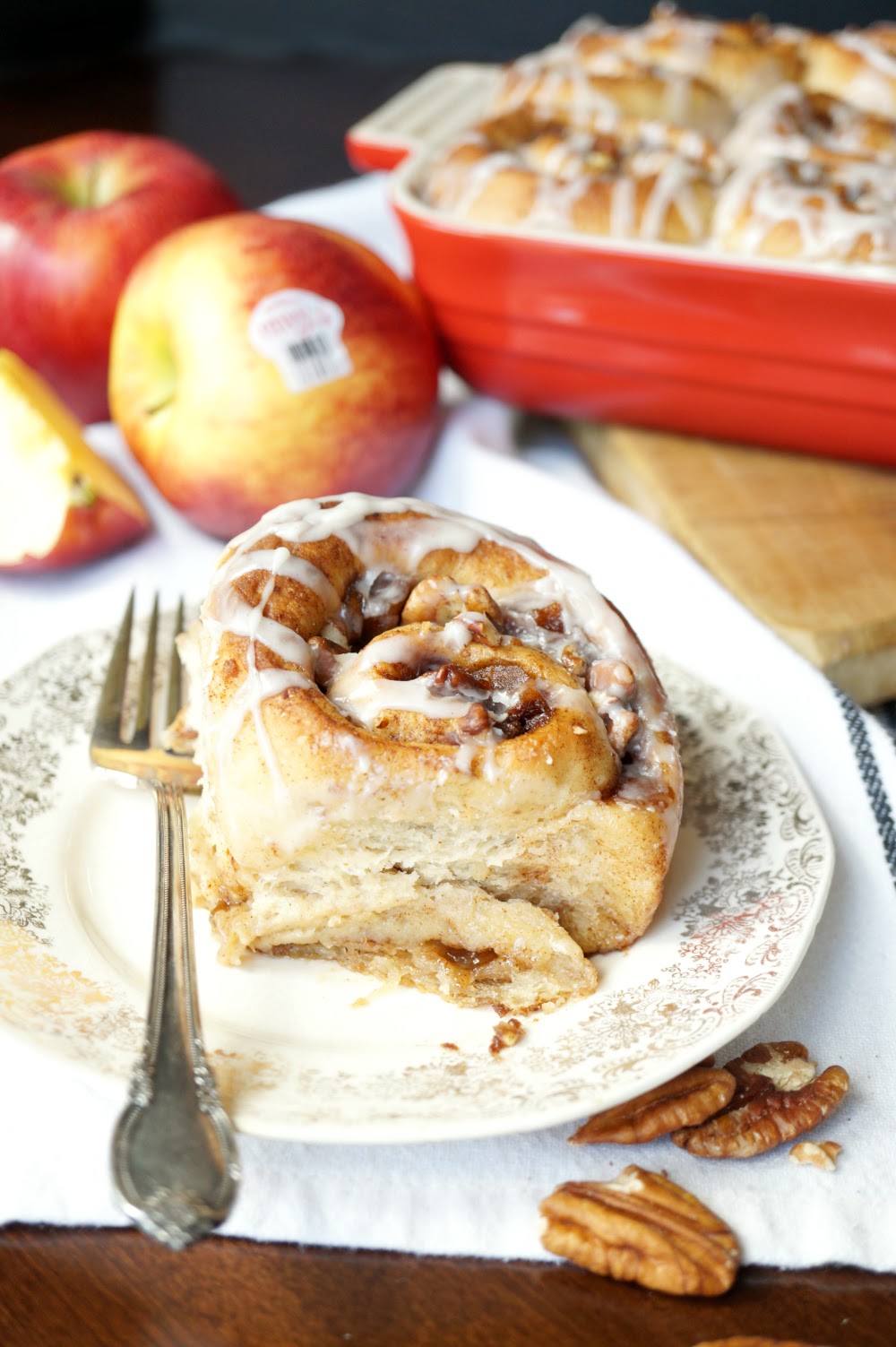 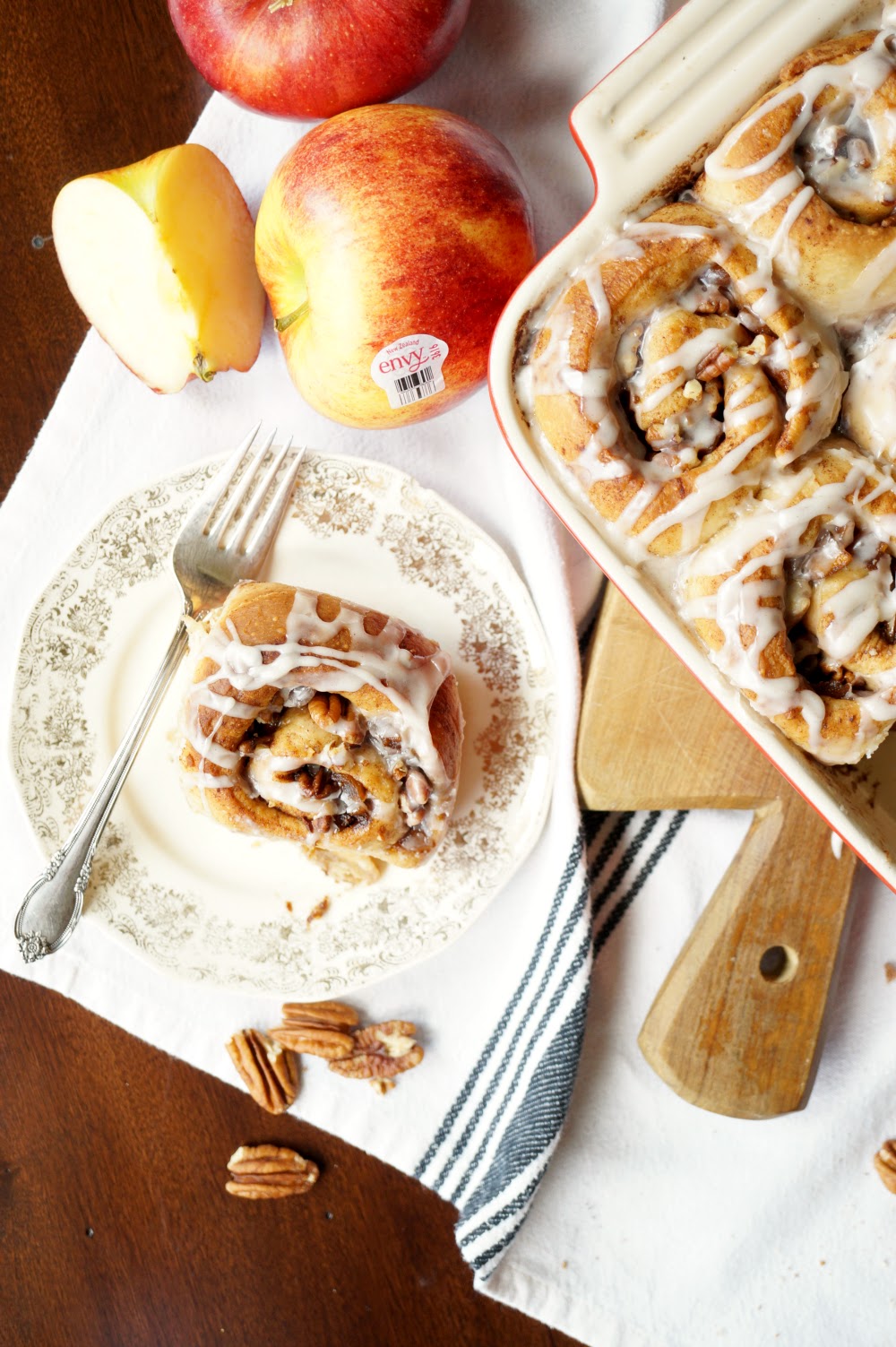 I hope you guys had fun this #AppleWeek! I have so enjoyed coming up with all these themed recipes and sharing them with y'all 🙂 And of course connecting and sharing with other bloggers too! Again, DON'T FORGET TO ENTER THE GIVEAWAY before it closes! There are sooo many great prizes for you to win!! 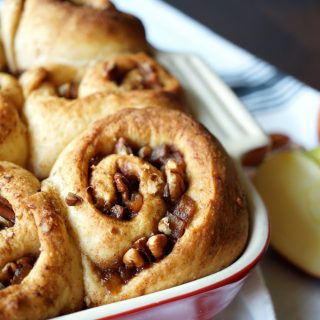 Save Print
Prep time
8 hours
Cook time
20 mins
Total time
8 hours 20 mins
Sweeten up your weekend with these Vegan Apple Pie Cinnamon Rolls! These pack all of the flavors of the classic dessert in a sweet and gooey spiced roll.
Author: Valentina | The Baking Fairy
Recipe type: Breakfast
Serves: 9
Ingredients
Instructions
3.5.3251
See all of the blogger creations for today!